2 What is Drama? Drama is a story told in dialogue by performers in front of an audience.

3 The author of a play is called a playwright.

4 Actors perform the play in front of an audience.

5 Acts are the units of action in a drama.
Acts are often divided into smaller parts called scenes.

6 Characterization Just as in other forms of writing, the playwright must develop believable characters.

8 Monologue Monologue is a long speech that is spoken by a single character. It often reveals a character’s private thoughts and feelings.

9 Dialogue A conversation between or among characters.

10 Stage Directions Bracketed information that describes the scenery and how the characters should move and speak. Ex. Scrooge: Bah! Humbug! [Scrooge snuffs out his candle.] Christmas! Bah! Humbug!

11 A theater is a place where plays are presented for an audience.

12 Set or Scenery Set is the term used for the construction on the stage that suggests the time and place of the action. Scenery is another word for set.

13 Props Props are small movable items (such as a notebook or a broom) that the actors use to make their actions look realistic.

14 Costumes Costumes help the playwright convey details about the characters and the setting.

17 Tragedy Tragedy is often contrasted with comedy.
The events of a tragedy lead to the downfall of the main character. This character is often of great significance, like a king.

18 A drama is a play that addresses a serious subject.

19 Other Types of Dramatic Writing
Screenplays are scripts for films or television. They include camera angles and allow for more scene changes. Radio plays were written to be performed as radio broadcasts. They included sound effects, but they required no set, stage, or directions to explain movement. 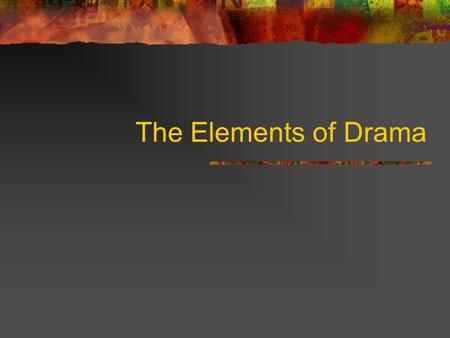 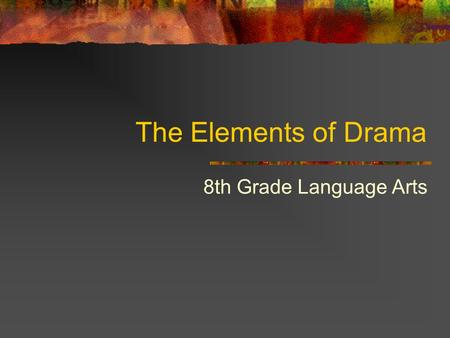 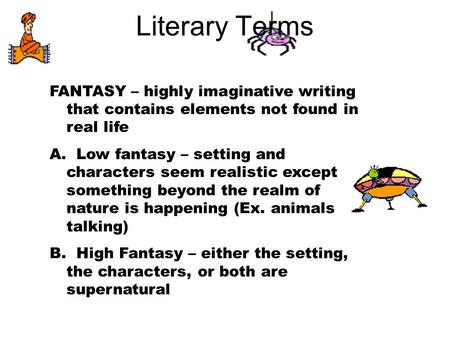 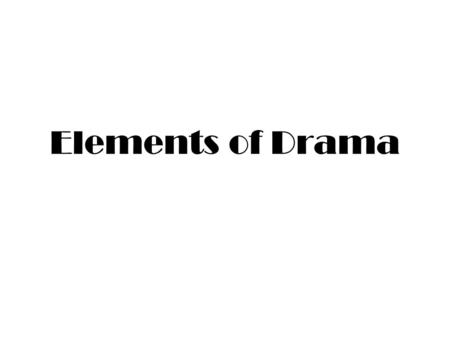 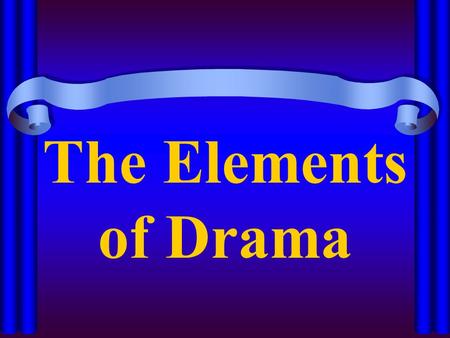 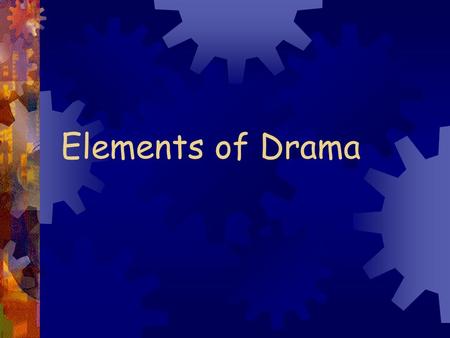 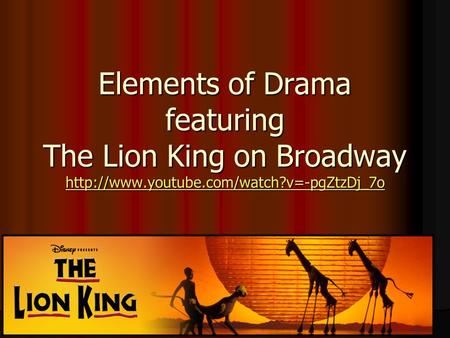 Elements of Drama featuring The Lion King on Broadway 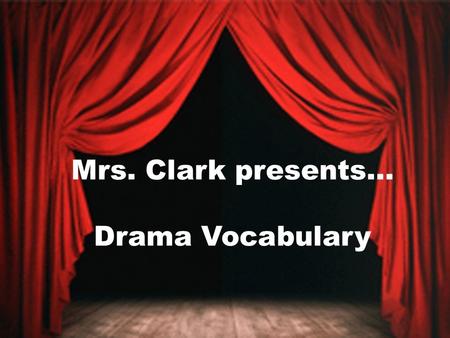 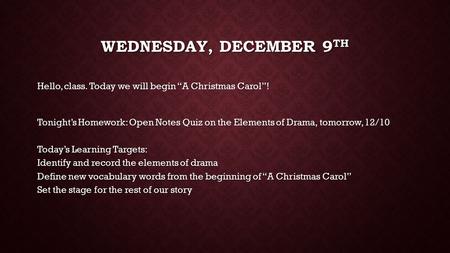 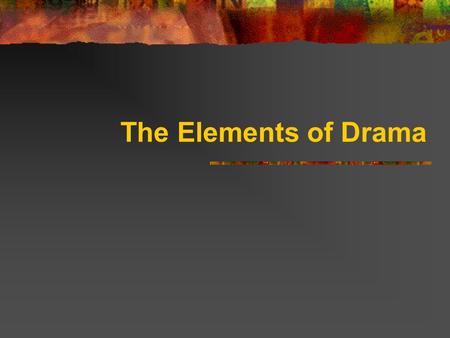