2 Renaissance Artists continued to paint religious subjects, but also expanded their repertoire to include mythological and secular, or nonreligious, themes. The period at the end of the Middle Ages when artists, writers, and philosophers were “re- awakened” to art forms and ideas from ancient Greece and Rome. Italy Northern Europe France England Pieta. Michelangelo. 1500. Marble. A pieta is a work showing Mary mourning over the body of Christ.

3 Italian Renaissance 1330-1550 Artists sought to create realistic and lifelike works. Meticulously observed and recorded the world around them. Filippo Brunelleschi Linear perspective – a graphic system that creates the illusion of depth and volume on a flat surface. As objects go back in space they get smaller. Vanishing point Receding lines

4 Northern Renaissance 1400’s -1615 Northern European countries such as Belgium and Germany. Artists began to use oil rather than egg to bind pigments- allowed artists more versatility than before. Artists had little interest in recreating classical art of Greece and Rome. Placed greater emphasis on depicting accurate and precise details, such as intricate designs on clothing. Symbolism – Images stand for or represents something else. The Arnolfini Wedding. Jan van Eyck. 1434. Oil on Panel.

5 Mannerism In the mid-sixteenth century, religious reformers challenged the authority of the Catholic Church, causing conflict and turmoil. Artist began showing the tension and struggle they experienced in their art. This led to Mannerism- Featured highly emotional scenes and elongated figures. Deliberate shift away from the ideals and perfect forms of Renaissance art. Saint Martin and the Beggar. El Greco. 1597-1599. Oil on Canvas.

6 Baroque Art Influences: Protestant Reformation Began in the 16 th century Many departed from the teachings of the Catholic Church. Counter Reformation The attempt of the Catholic Church to gain them back. Catholic Church called upon artists to create works that would inspire renewed religious feelings in viewers. Baroque- Art style emphasizing dramatic lighting, movement, and emotional intensity. The Conversion of St. Paul. Caravaggio. 1601. Oil on Canvas. 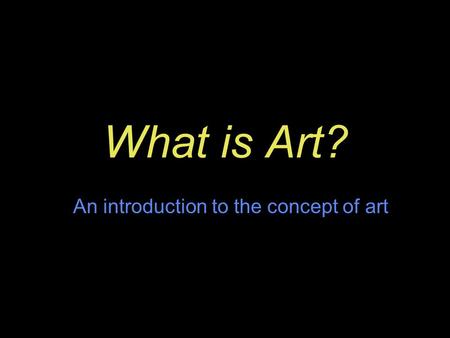 An introduction to the concept of art 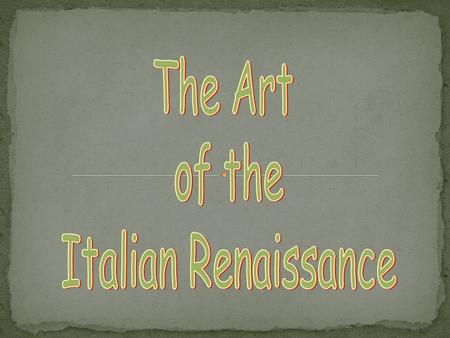 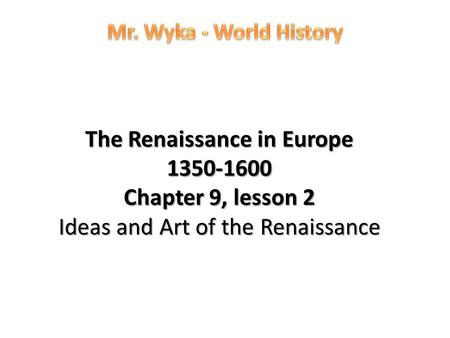 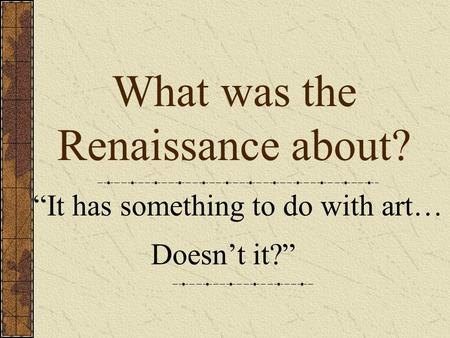 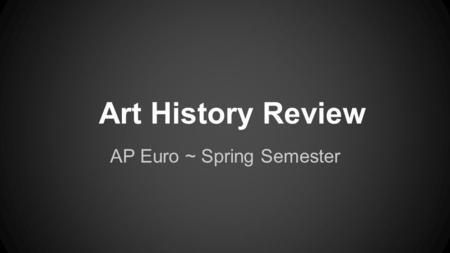 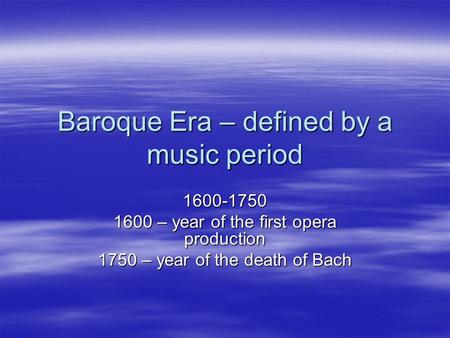 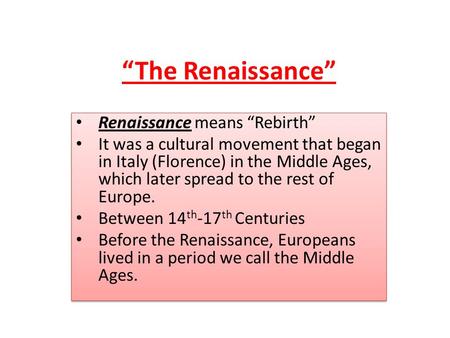 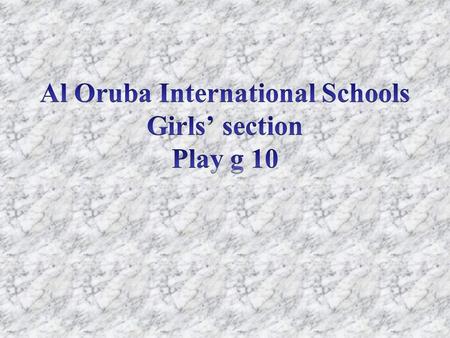 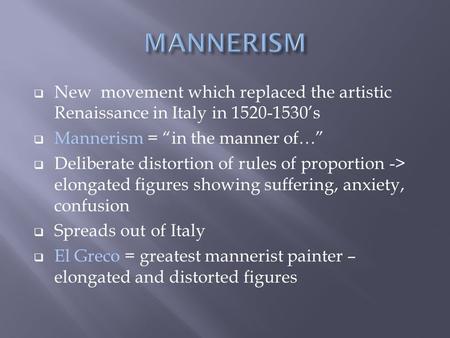 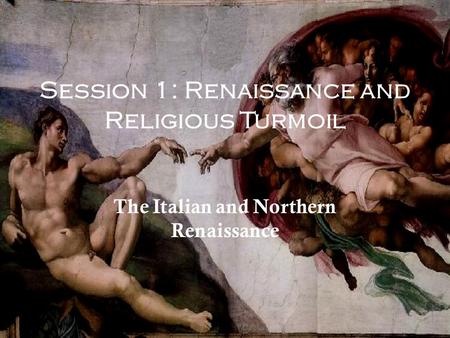 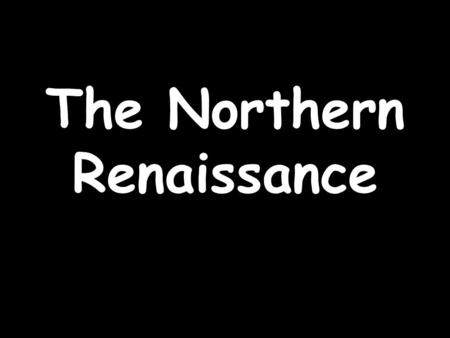 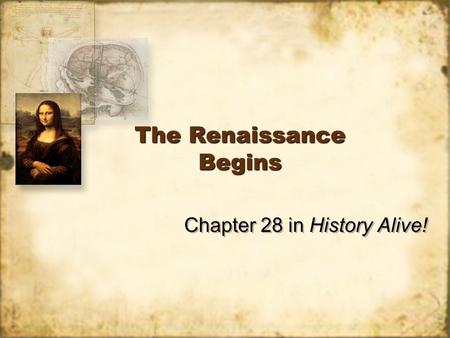 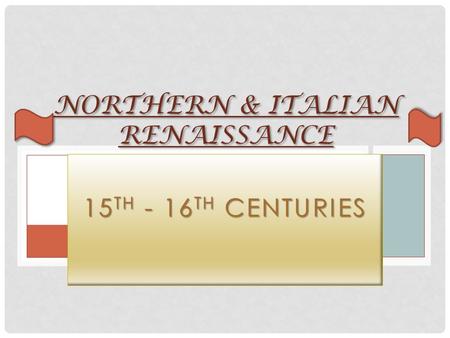 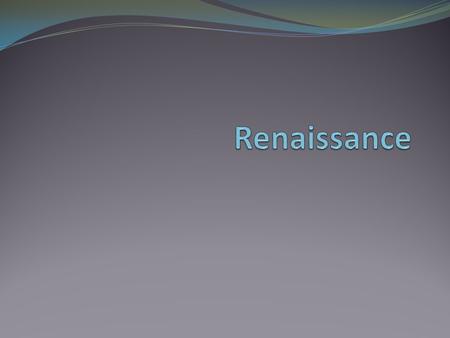 The Renaissance: The Beginning of Modern Painting In the early 1400’s the world woke up: A rediscovery of art, literature, and science The Creation of. 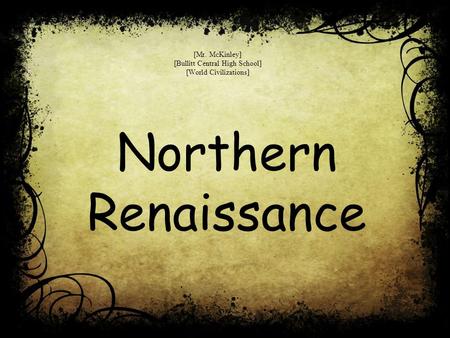 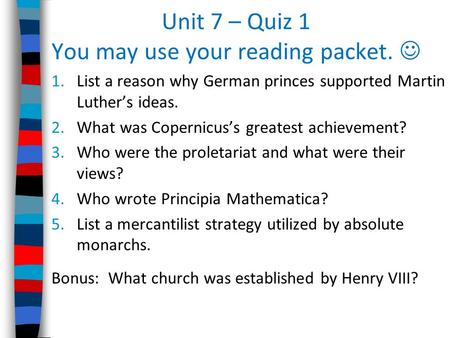