2 More facts.. More than 400 million people around the world speak Spanish After Chinese, English & Spanish are tied as the two most frequently spoken languages. People who speak both Spanish and English can communicate with people from all over the world.

4 Create career possibilities
Knowing Spanish opens many doors. If you speak Spanish fluently, you can work for international and multinational companies anywhere in the Spanish-speaking world. You can create a career working as a translator, an interpreter or a teacher of Spanish. In the United States the number of Spanish-speakers is growing so rapidly, being able to communicate in Spanish is becoming important in almost every career.

Download ppt "Why is it important to learn Spanish?" 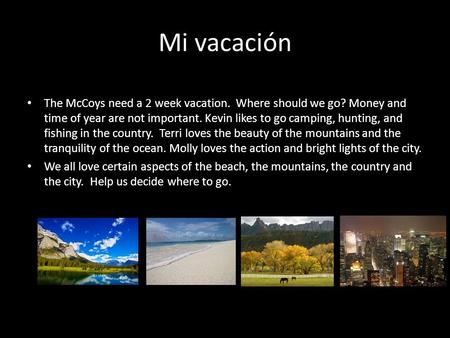 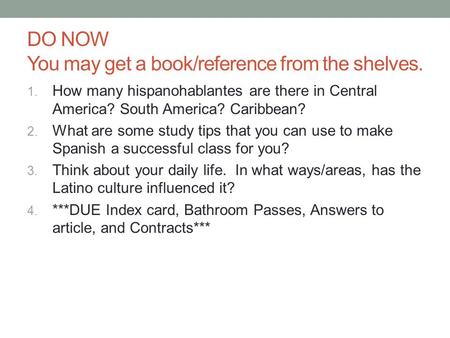 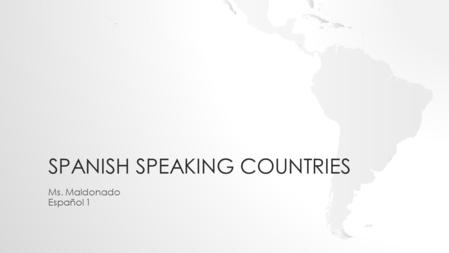 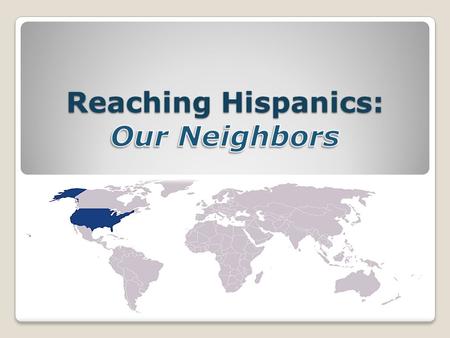 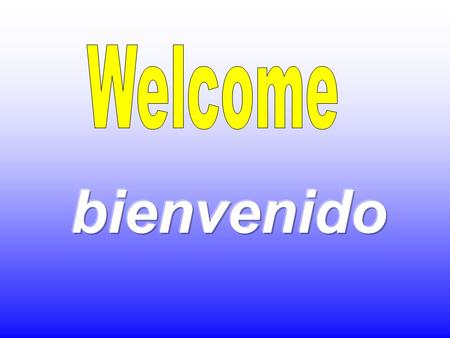 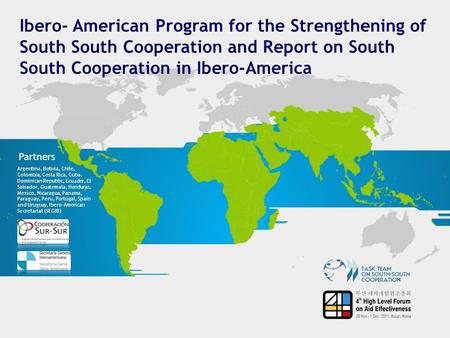 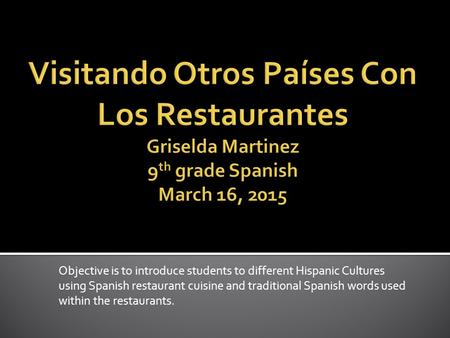 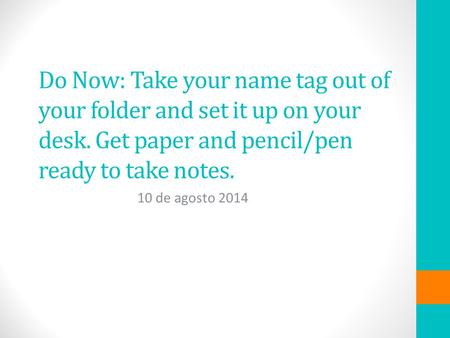 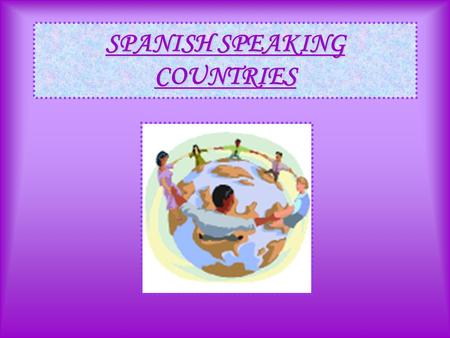 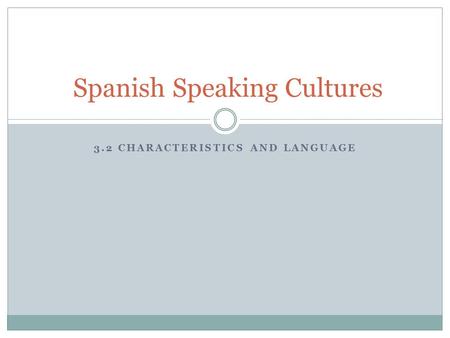 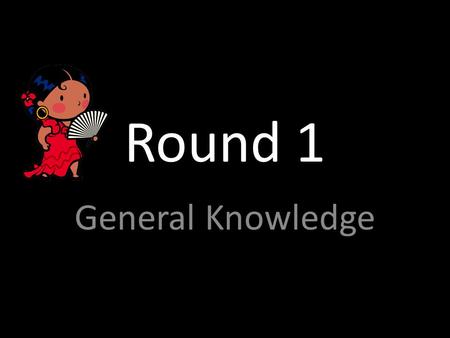 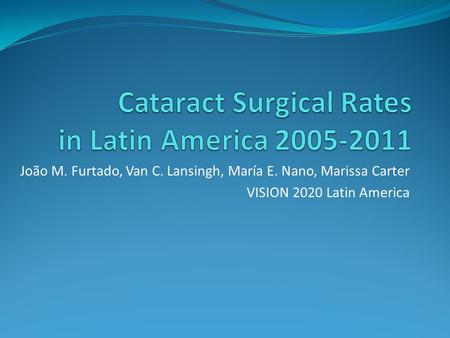 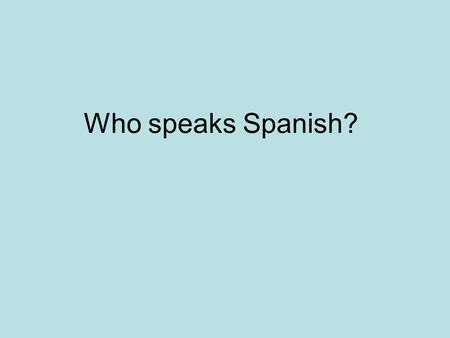 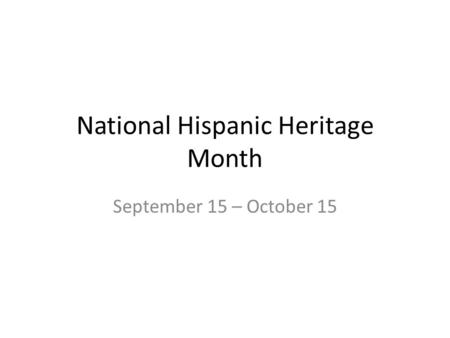 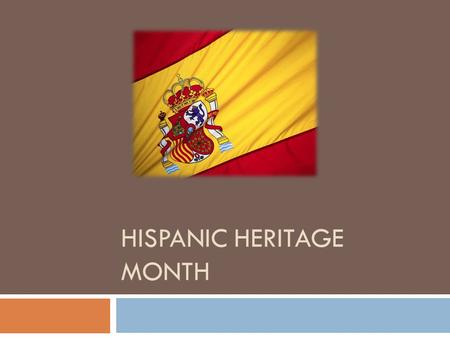 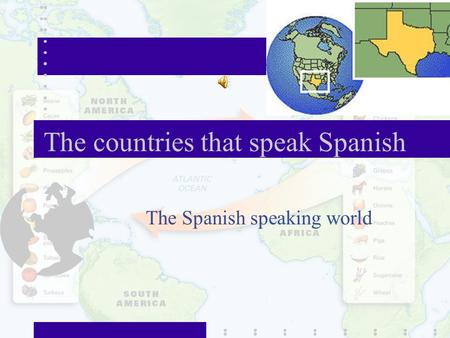 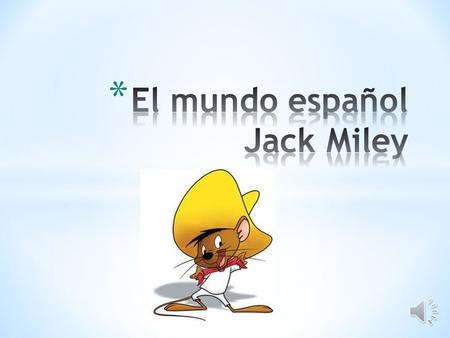 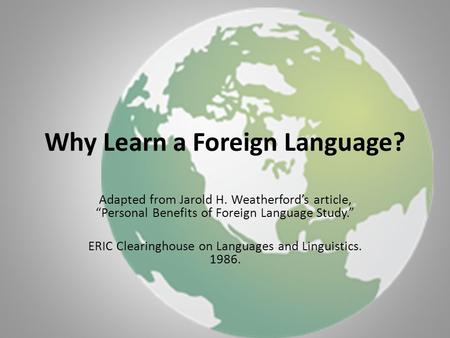