2 Agriculture and biodiversity – Birdlife warmly welcomes the initiative. The two must go together

3 Farmland birds have had a tough time

8 Is there a future for multi-functional farming? S Nagy

12 …and thinking ahead when policies such as set- aside are changed or abolished… RSPB Sue Tranter (rspb-images.com)

14 Stone curlew in England Under the Countryside Stewardship scheme, fallow plots were created for nesting Stone curlews. Pairs in central southern England increased from 45 in 1991 to 103 in 2005 RSPB

16 So why are Farmland birds still in decline? Funding for agri environment and other conservation schemes is still limited Biodiversity is still just a by- product of most CAP spending EU budget spent on land management in b€ 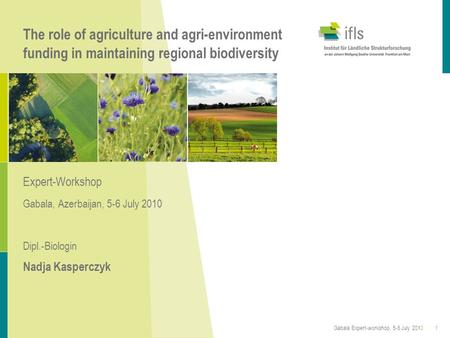 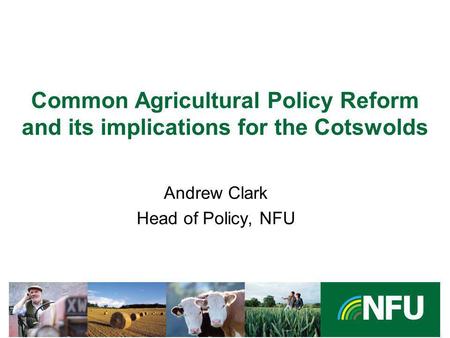 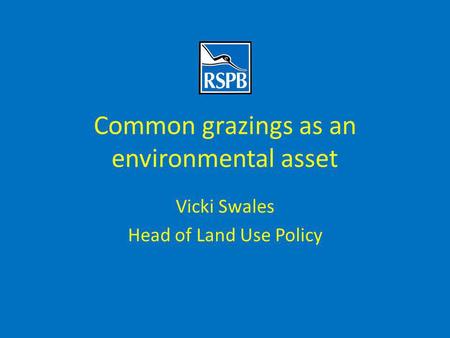 Common grazings as an environmental asset Vicki Swales Head of Land Use Policy. 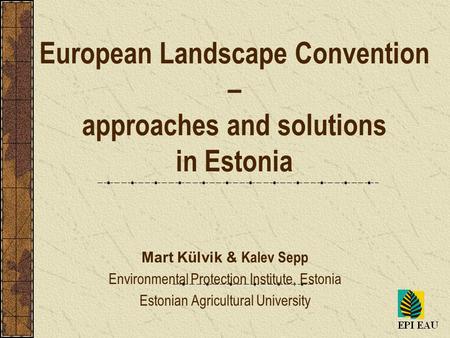 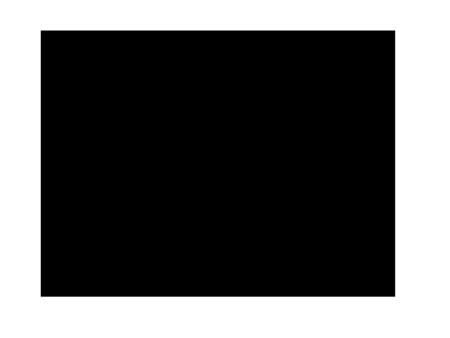 Are you sinking…? or Are you thinking…? Biodiverse Farming and Soil Management Bennie Diedericks. 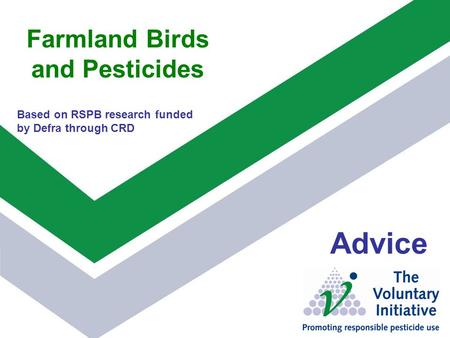 Farmland Birds and Pesticides Advice Based on RSPB research funded by Defra through CRD. 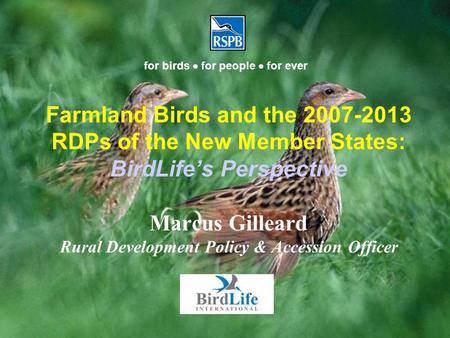 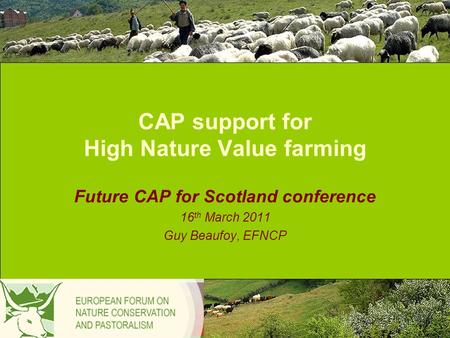 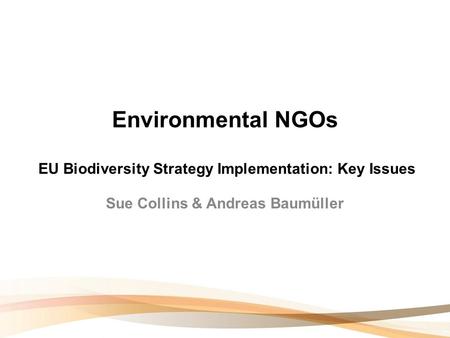 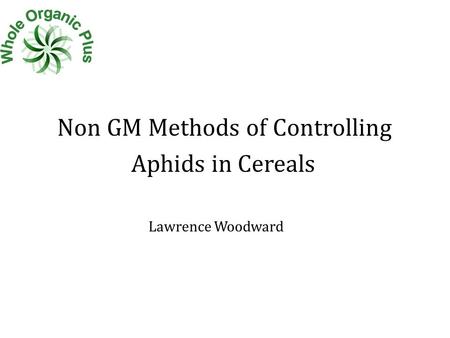 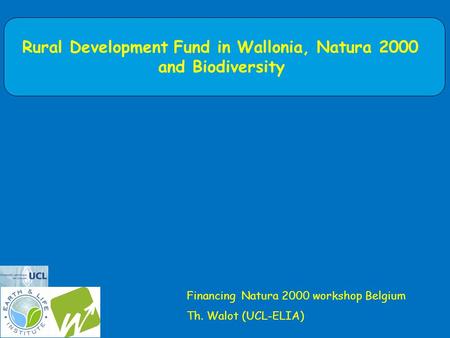 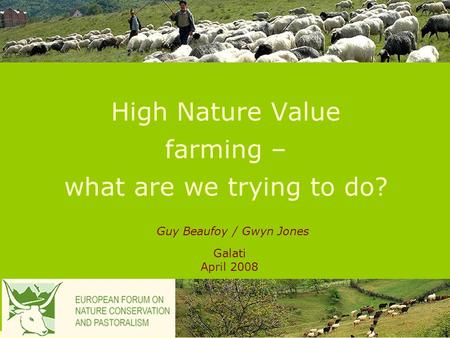 High Nature Value farming – what are we trying to do? Galati April 2008 Guy Beaufoy / Gwyn Jones. 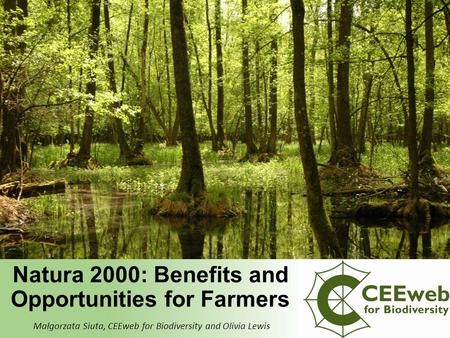 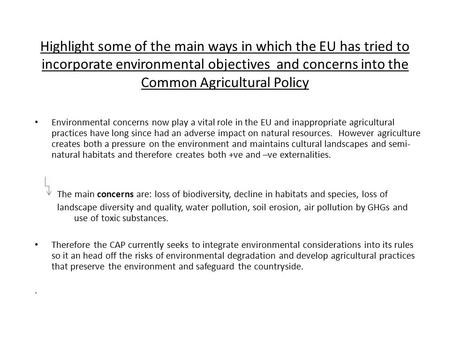 Highlight some of the main ways in which the EU has tried to incorporate environmental objectives and concerns into the Common Agricultural Policy Environmental. 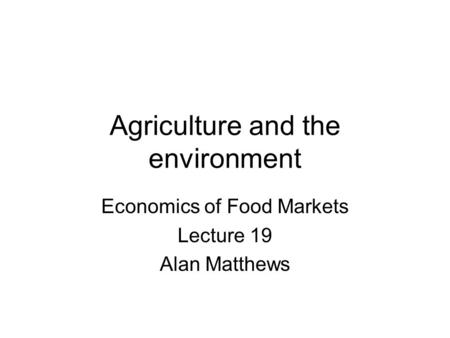 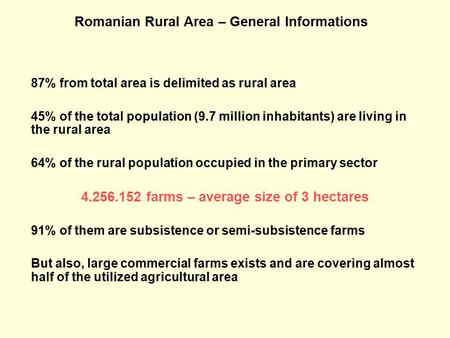 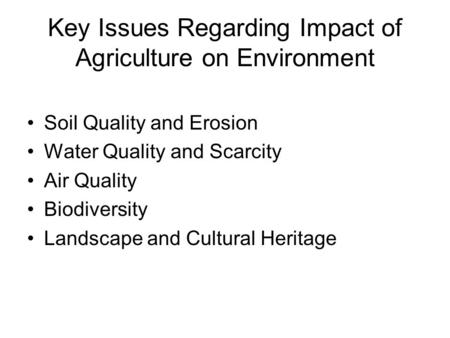 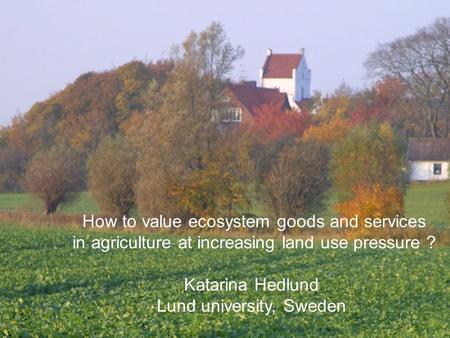 How to value ecosystem goods and services in agriculture at increasing land use pressure ? Katarina Hedlund Lund university, Sweden. 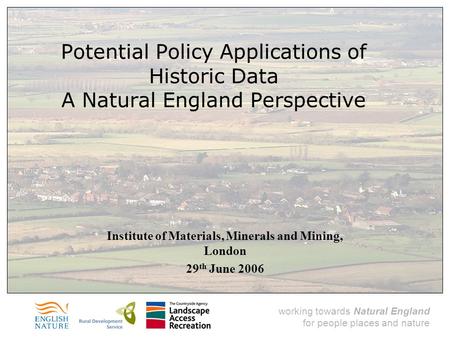 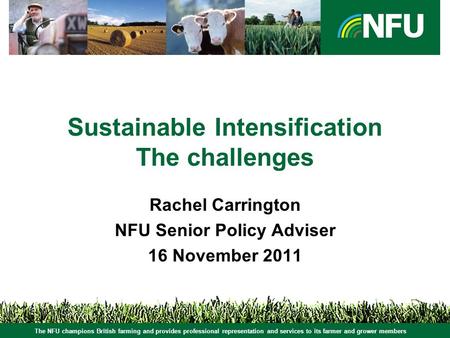 The NFU champions British farming and provides professional representation and services to its farmer and grower members Sustainable Intensification The.