2 Rights of the Defendant Miranda Rights: People must be informed of their constitutional rights when arrested. In other words, their “Miranda Rights.” The people must be told what they’ve been arrested for, they have a right to a lawyer, and the officer must have an arrest warrant if the defendant is on public property. If any of these procedures are not followed, the defendant can get off on a technicality. Bail: Defendants can be released on bail depending on the charges of the crime. The judges determine the bail. Search & Seizure: A police officer may search a person, car, house, or other building only if permission is given or the officer has a search warrant. the search must only be be the area mentioned in the warrant. An officer MAY conduct a limited search or frisk if he actually believes the person is carrying a weapon.

3 Disposition of Juvenile Cases When a case involves juvenile offenders, it is handled by the juvenile court. Detention hearing- a court session during which the judge tries to learn whether there are good reasons to keep the accused in custody. the judge may dismiss the charges of a case after hearing the results of the investigation. Adjudicatory Hearings if charges are not dismissed, the judge will organize and carry out an adjudicatory hearing. this is basically the hearing of the case by the court. judge may question ●the young person and the parents ●listen to witnesses ●seek advice from the probation officer

5 Disposition of Juvenile Cases The judge can also order the juvenile offender to pay for the damages with 1.Money 2.Work 3.Or both The parents of the offender may have to repay the victim. sentences for youthful offenders are set with rehabilitation in mind. They are generally limited to probation under ● Court supervision ● Confinement for not more than 3 years in a reformative institution ● Or another course of action designed to help, rather than to punish.

6 The Arraignment Ex: Lil Bobby was arrested for stealing a car. He was brought to the judge and the judge read to him his actions and informed lil Bobby of his rights. Lil Bobby pleaded not guilty of his actions, however the judge decided that the crime lil Bobby had committed was probable cause, and held lil Bobby in contempt.

7 The Arraignment An arraignment is a formal hearing during which the defendant is read the indictment (information) and is asked to plead guilty or not guilty. An arraignment occurs after a grand jury decides to issue an indictment, or a written accusation charging the individual. HOWEVER...this does not mean the individual is guilty...

8 The Trial Similar to a Civil Trial, criminal trials consist of: ●Opening statements from the lawyers ●Evidence is introduced ●Closing statements from lawyers ●Judge’s instructions to jurors In order for the person being charged with the crime to either be guilty or not guilty, the verdict must be unanimous(everyone agrees) If the person is not found guilty they cannot be charged for the same crime!- JEOPARDY

9 Sentencing Fines: is a payment of money as a penalty for committing a crime. Fines are determined by the level of crime ( usually minor crimes such as littering or a speeding ticket) Imprisonment: is the state of being imprisoned. Each states deal with imprisonment in different ways.When imprisoning a convict, the judge orders both a minimum and a maximum sentence ( example a murder is 25 years to life). Some judges have mandatory sentences that cannot be changed for any reason. Death penalty: is sentencing a convict to death. Each state has their own opinion on the death penalty. Some states choose not to imply the death penalty. The jury, not the judge decides if the defendant deserves the death penalty. Also anyone with mental disabilities who are under the age of 18 cannot be sentence to death. 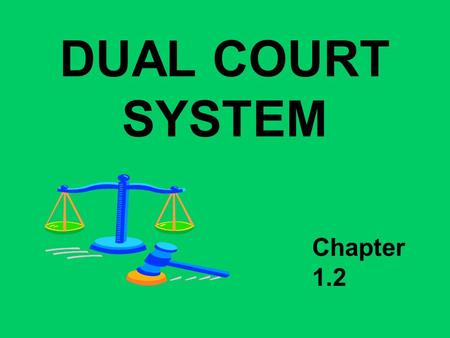