2 In the face of invasions by Vikings, Muslims, and Magyars, kings and emperors were too weak to maintain law and order. People needed protection for themselves, their homes, and their lands. historyfiles.co.uk

3 In response to this basic need for protection, a new system evolved, known as feudalism. Feudalism was a loosely organized system of rule in which powerful local lords divided their landholdings among lesser lords. In exchange, these lesser lords, or vassals, pledged service and loyalty to the greater lord. dgjlt2011-middleages.blogspot.com

5 The relationship between lords and vassals was established by custom and tradition and by an exchange of pledges known as the feudal contract. A lord granted his vassal a fief, or estate. buzzle.com

6 Fiefs ranged from a few acres to hundreds of square miles. In addition to the land itself, the fief included peasants to work the land, as well as any towns or buildings on the land. users.moscow.com

7 As part of the feudal contract, the lord promised to protect his vassal. In return, the vassal pledged loyalty to his lord. He also agreed to provide the lord with 40 days of military service each year, certain money payments, and advice. clas.ufl.edu

8 Everyone had a place in feudal society. Below the monarch were powerful lords, such as dukes and counts, who held the largest fiefs. mandy0717mandy0717.blogspot.com

9 Each of these lords had vassals, and these vassals in turn had their own vassals. In many cases, the man was both vassal and lord – vassal to a more powerful lord above him and lord to a less powerful vassal below him. glogster.com

10 Because vassals often held fiefs from more than one lord, feudal relationships grew very complex. A vassal who had pledged loyalty to several lords could have serious problems if his overlords quarreled with each other. stosyth.gov.uk

11 For feudal nobles, warfare was a way of life. Rival lords battled constantly for power. Many nobles trained from boyhood for a future occupation as a knight. imperialteutonicorder.com

12 During the early Middle Ages, powerful lords fortified their homes to withstand attack. Their strongholds included a keep, or wooden tower, ringed by a fence. The keep was separated from the surrounding area by a moat, or water-filled ditch. en.wikipedia.or g

14 Castle dwellers stored up food and water so that they could withstand a long siege. If attackers failed to starve the defenders into submission, they might try to tunnel under the castle walls. the-spearhead.com

15 The heart of the medieval economy was the manor, or lord’s estate. Most manors included one or more villages and the surrounding lands. Peasants, who made up the majority of the population in medieval society, lived and worked on the manor. markville.ss.yrdsb.edu.on.ca

16 Most peasants on a manor were serfs, bound to the land. Serfs were not slaves who could be bought and sold. Still, they were not free. They could not leave the manor without the lord’s permission. cookit.e2bn.org

17 Peasants and their lords were tied together by mutual rights and obligations. Peasants had to work several days a week farming the lord’s lands. They also repaired his roads, bridges, and fences. hpanwo.blogspot.com

18 Peasants paid the lord a fee when they married, when they inherited their father’s acres, or when they used the local mill to grind grain. Other payments fell due at Christmas and Easter. Because money had largely disappeared from medieval Europe, they paid with products such as grain, honey, eggs, or chickens. polizeros.com

19 In return for a lifetime of labor, peasants had the right to farm several acres for themselves. They were also entitled to their lord’s protection from Viking raids or feudal warfare. Although they could not leave the manor freely, they also could not be forced off it. mahan.wonkwang.ac.kr

20 The manor was generally self-sufficient. Peasants produced almost everything they needed, from food and clothing to simple furniture and tools. harewood.or g

21 Most peasants never ventured more than a few miles from their village. They had no schooling and no knowledge of a larger world outside. robyngioia.wikispaces.com

22 For most peasants, life was harsh. Men, women, and children worked long hours. During planting season, a man might guide an ox-drawn plow through the fields while his wife walked alongside, guiding the ox. Children helped plant seeds, weeded, and took care of pigs or sheep. forumromanum.org

23 The peasant family ate a simple diet of black bread with vegetables. They seldom had meat unless they poached wild game on their lord’s manor, at the risk of harsh punishment. Few peasants lived beyond the age of 35. 123rf.com 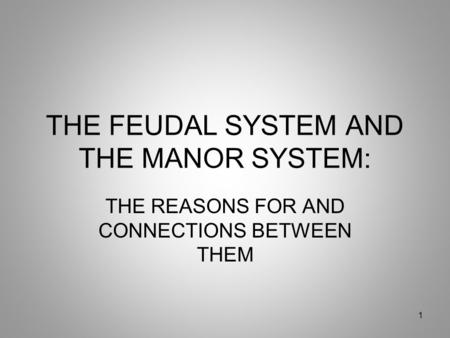 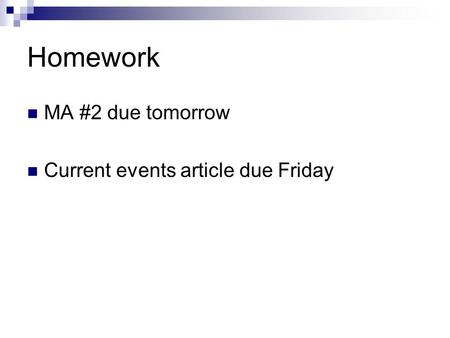 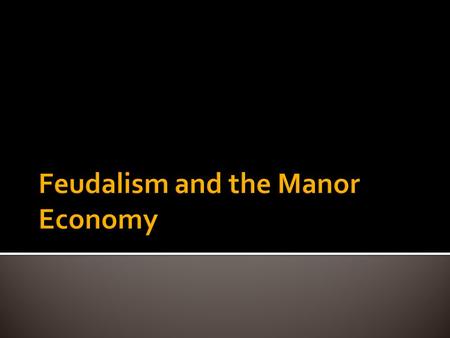 1. The time period from AD is referred to as what? 2. The leader of Frank forces who battled Muslims at Tours was whom? 3. Who were the nomadic.