Presentation on theme: "You will need a blue and black colored pencil for today. Remember, the blue is for water and the black is for labeling. Brown will be for mountains and."— Presentation transcript:

1 You will need a blue and black colored pencil for today. Remember, the blue is for water and the black is for labeling. Brown will be for mountains and green for the “Great Plains”. Before you leave the class, please check the floor for dropped colors and be sure the boxes are neat… Thank you! You should have received 2 maps and 3 pages of notes for the water forms and land forms of the US. Be sure to enter these pages into your “TABLE of CONTENTS”.

3 Water Features of the US 1.Mississippi River (discovered by the French) Used as major highway north and south. Named for the Native American tribe, the Mississippi’s. 2.Missouri River (Major east and west water way to the Great Northwest…traveled by Lewis and Clark). 3.Ohio River ( creates a fertile valley that both the French and English wanted… led to the “French and Indian War” between these two European countries. 4.Hudson River ( Hudson River Valley important to early colonist for looking for a way to the west). 5.Erie Canal (man made water system connecting the Great Lakes and Ohio River Valley to the New York and the Atlantic Ocean). 6.Gulf of Mexico ( Highway for Spanish and French exploration and transporting of gold to Spain from Mexico). 7.Atlantic Ocean ( brought many colonists from England, traders from France, and soldiers for fortune from Spain). Also brought new religious cultures, and devastating diseases to the Native Americans. 8.Pacific Ocean ( goal of many American following the “American Revolution). Wanted to expand the United States westward….Manifest Destiny.

6 Take out your US Map You will now begin mapping in the water sources Use your map rules…label in print, write in a straight line from L to R, use black ink or pencil only. Use colors (map pencil only) Take your time to be accurate

7 Map in the Mississippi 1

35 You will need a new map for your land features

36 Land Features of the US 9. The Great Plains- Provides fertile lands for crops and livestock. 10. Appalachian Mountains – play an important role in early development of the English Colonies, prevents movement westward. 11. Rocky Mountains- a natural barrier for settlers heading west to overcome.

39 Please get out your blank map You will now begin mapping in the three physical features (land features) on your NEW map. DO NOT use your water map…

49 NOW! Your task is to study your maps and notes, and prepare for a quiz! You will need to locate the water and land forms on a map, and understand the importance of each to the development of the United States as we know it today.

Download ppt "You will need a blue and black colored pencil for today. Remember, the blue is for water and the black is for labeling. Brown will be for mountains and." 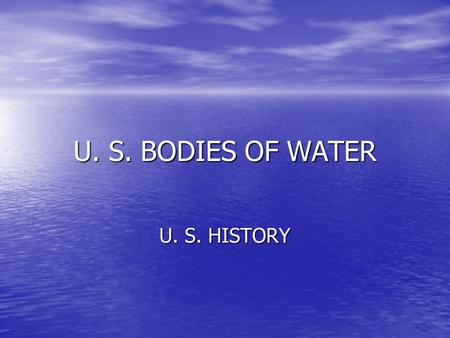 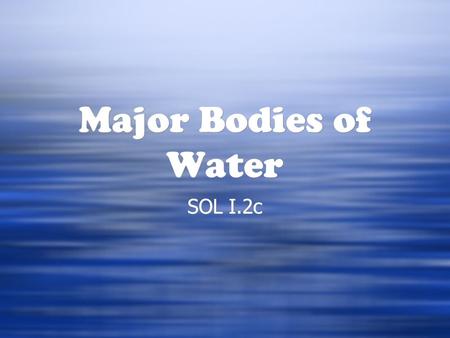 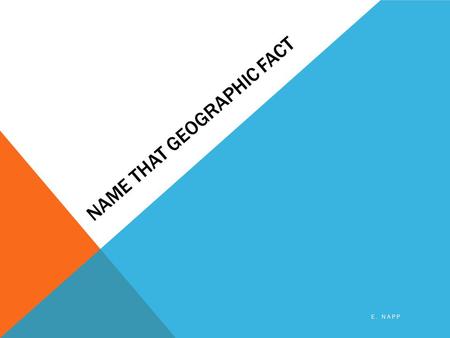 NAME THAT GEOGRAPHIC FACT E. NAPP. The Question: A rocky soil and a short growing season discouraged the development of a plantation economy in British. 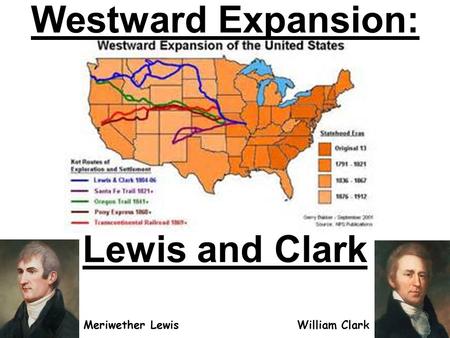 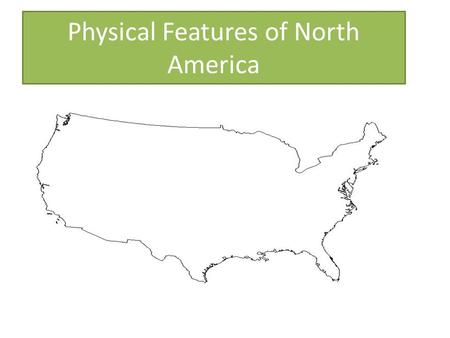 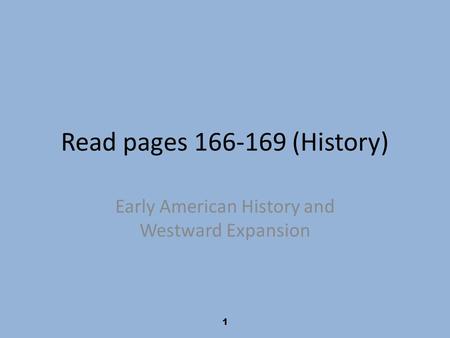 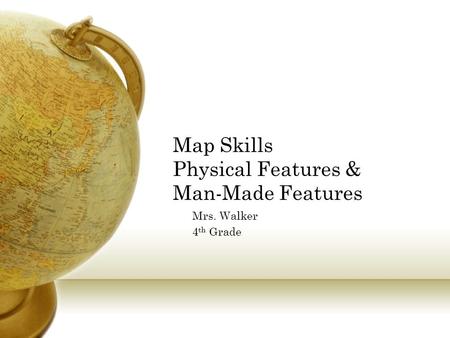 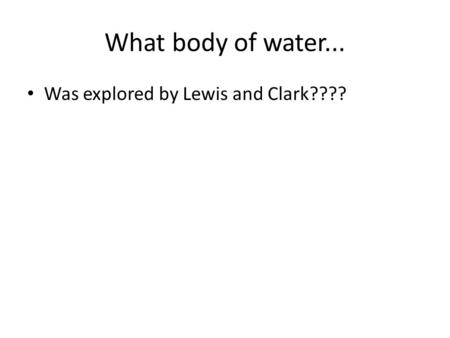 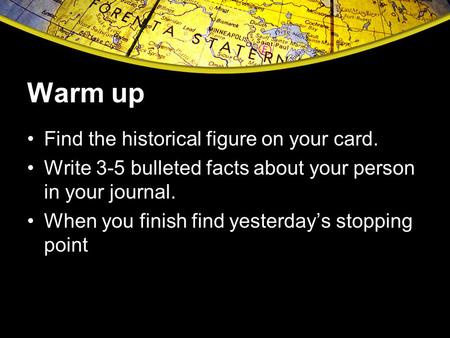 Warm up Find the historical figure on your card. Write 3-5 bulleted facts about your person in your journal. When you finish find yesterday’s stopping. 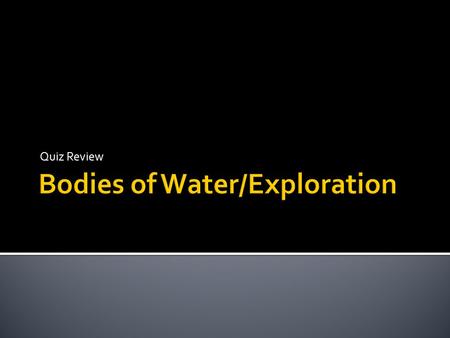 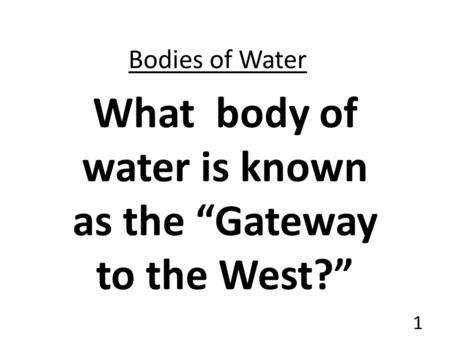 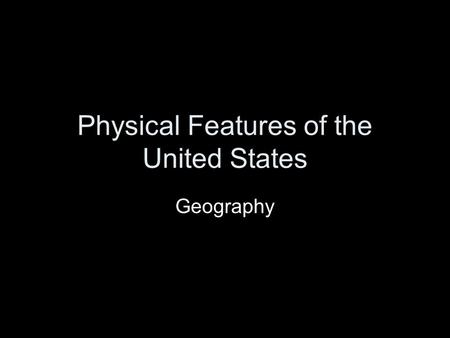 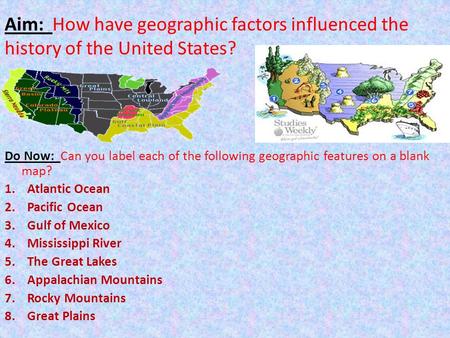 Aim: How have geographic factors influenced the history of the United States? Do Now: Can you label each of the following geographic features on a blank. 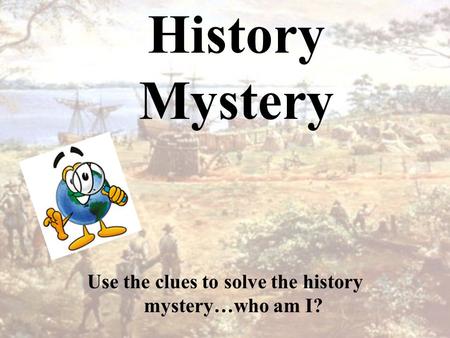 History Mystery Use the clues to solve the history mystery…who am I? 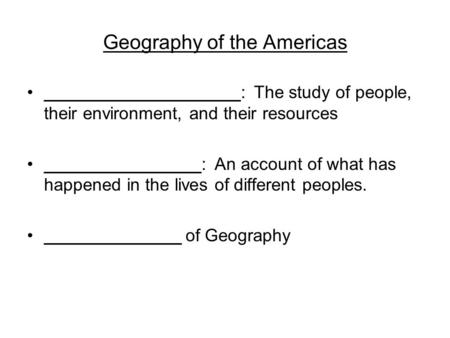