3 Haydn’s Early life Musical background until six years old- Folk songs and peasant dances Age eight- Choirboy in the Cathedral of St. Stephen, dismissed when his voice changed Gave music lessons, taught himself composition, took odd jobs until 1761 Hired by the Esterházys, the richest and most powerful of the Hungarian noble families Composed for the Esterházys for 30 years

4 Haydn’s Under the Esterhazys’ Composed for performances in the palaces of the family, including Eszterháza, which had and opera house, a theater, two concert halls, and 126 guest rooms Hired to compose music, conduct the orchestra, coach singers, oversee instruments and music library Usually two concerts and operas per week, as well as daily chamber music Word spread and Haydn became immensely popular

5 Haydn’s later life Visited London twice- One from 1791 to 1792 and again from 1794 to 1795 Composed twelve symphonies for his visited, now called the London Symphonies Appearances in London were incredibly successful Given an honorary doctorate from Oxford Composed six masses and two oratorios in his late sixties Died in 1809

6 Haydn’s Works Composed over 750 pieces and arranged over 300 songs, including: 104 symphonies 45 piano trios 2 oratorios- The Creations and The Seasons Over 70 String Quartets 15 operas 14 operas

8 Trumpet Concerto in E-Flat Major, First Movement Written for the new keyed trumpet, which was not restricted in the notes it could play Festive and radiant Theme played by orchestra before being taken up by the trumpet Evolves into a fanfare-like melody

9 String Quartet in E-Flat Major, Op. 33 No 2, Movement IV Nicknamed “The Joke” In a Rondo form- ABACA A section is in the tonic and is subdivided into aabaab B begins in the subdominant (Ab), then moves to F minor, then back to Eb major for the second A C is new, but does not modulate What’s the Joke? Haydn adds progressively longer pauses in the coda, making the audience think the piece is over 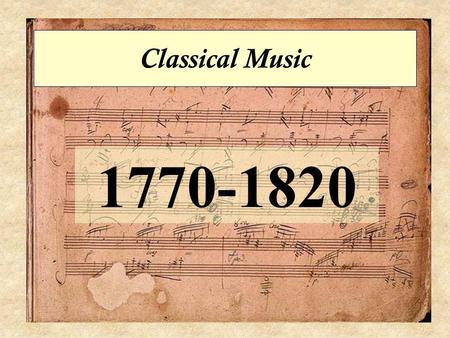 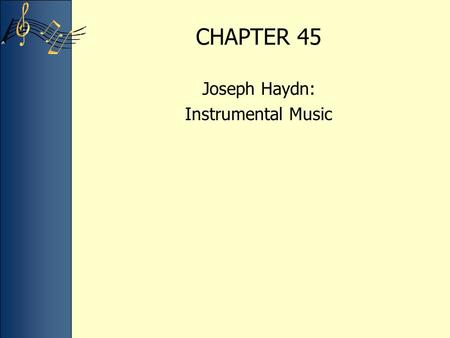 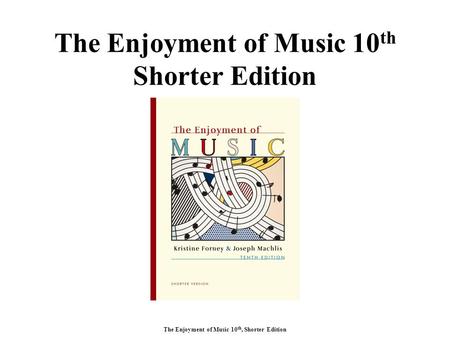 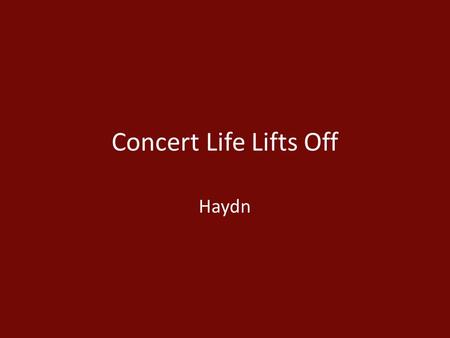