2 Recap What are the different ways in which analogue signals are conditioned/manipulated?

4 Exercise 1 (20 mins) Working collaboratively in groups of 2- 3, research the design and working of an operational amplifier. Upload your findings to the Moodle glossary titled ‘Op-Amp’.

5 The Operational Amplifier (Op- Amp) Essentially an Op-Amp can be considered to be an electronic system with an input and output and a voltage gain (i.e. amplification). The voltage gain is the ratio of the output and input voltages when each is measured relative to the earth.

6 The Op-Amp It is a high-gain d.c. amplifier that is supplied as an integrated circuit on a silicon chip, the gain typically being of the order of 100 000 or more. The Op-Amp forms the basis of many signal conditioning modules.

7 Signal Conditioning Modules using the Op-Amp Inverting amplifier – input is inverted i.e. output is 180 0 out of phase, with respect to the input. Summing amplifier – sum of currents entering the inverting connection equal that leaving the amplifier. Integrating amplifier – circuit contains capacitor as well as resistor. The output is proportional to the integral of the input voltage, i.e. the area under a graph of input voltage with time.

8 Signal Conditioning Modules using the Op-Amp Differentiation amplifier - results when the capacitor and resistor are interchanged in the circuit of the integrating amplifier. The output is proportional to the rate of change of input voltage. Difference amplifier, logarithmic amplifier, comparator amplifier circuits.

9 Question Where can the summing, integrating and differentiation amplifiers used? (Hint: We studied them recently)

10 Filtering Process of hindering a certain band (stop band) of frequencies from a signal and permitting others (pass band) to be transmitted. Cut-off frequency – boundary between stopping and passing.

11 Filtering Low-pass filters very commonly used as part of signal conditioning because most of the useful information transmitted is low frequency. Noise tends to occur at high frequencies.

14 Exercise Modify the general analogue closed- loop control system block diagram, replacing the controller with a digital one and including ADC and DAC conversion units where appropriate. You may draw the block diagram by hand or on computer.

16 Digital Control Systems Despite the additional elements in the digital control system, there are some advantages: Digital operations can be controlled by a program Information storage is easier Accuracy can be greater Digital circuits are less affected by noise Generally, easier to design 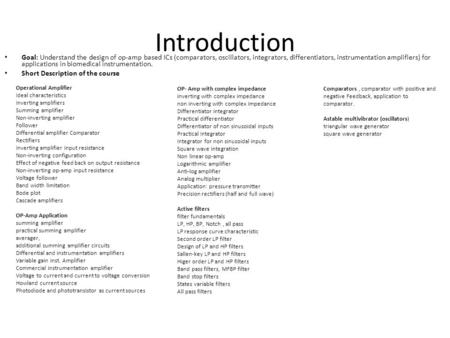 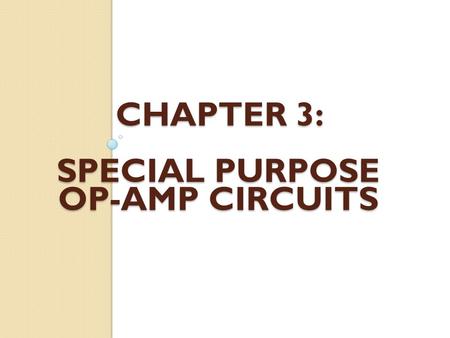 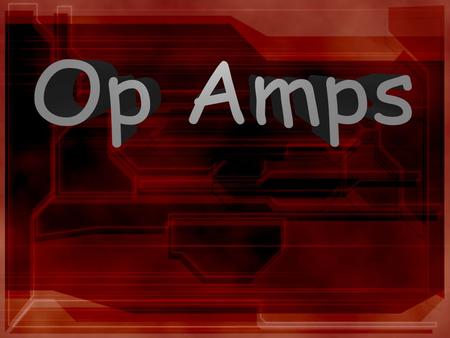 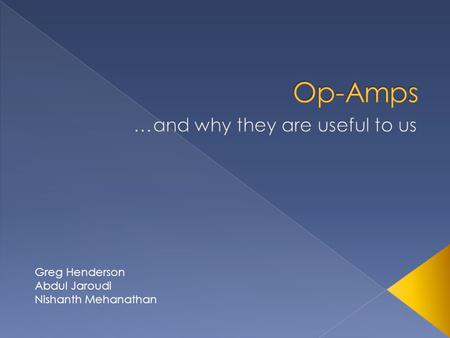 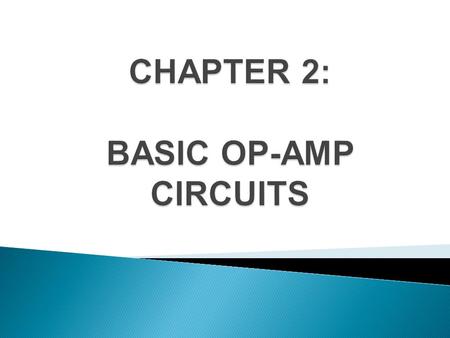 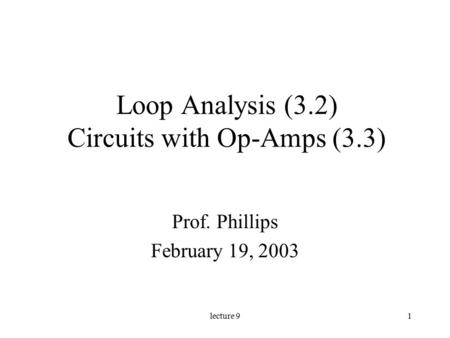 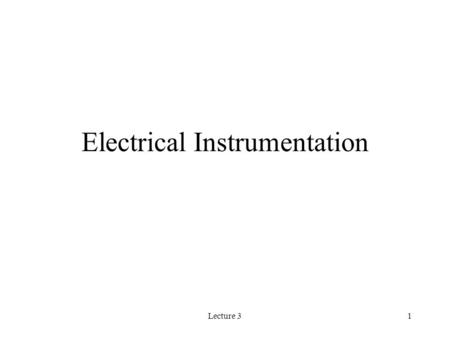 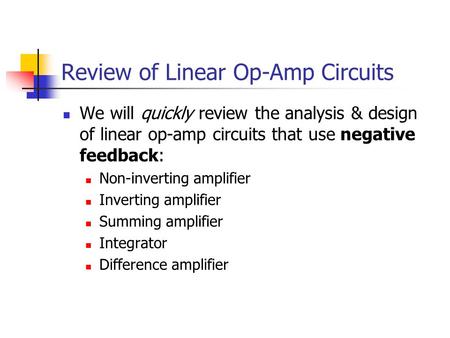 Review of Linear Op-Amp Circuits We will quickly review the analysis & design of linear op-amp circuits that use negative feedback: Non-inverting amplifier. 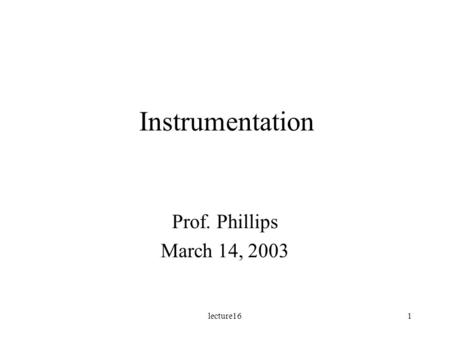 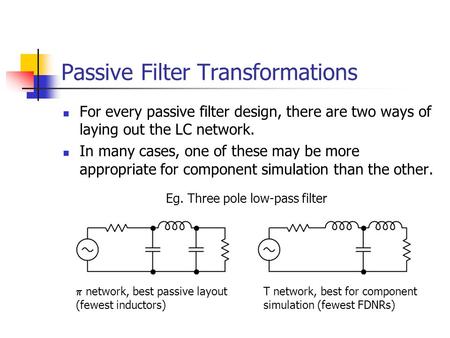 Passive Filter Transformations For every passive filter design, there are two ways of laying out the LC network. In many cases, one of these may be more. 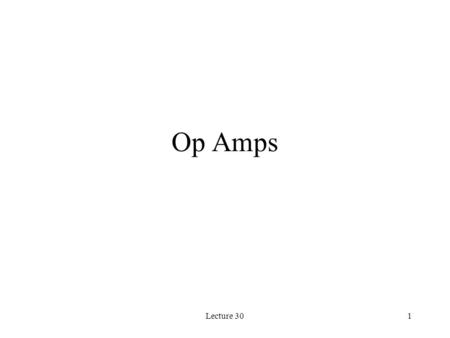 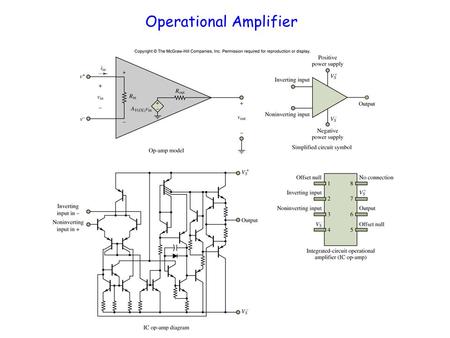 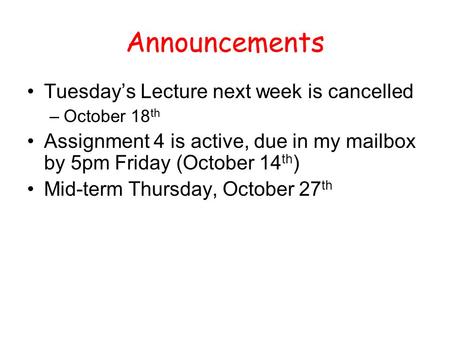 Announcements Tuesday’s Lecture next week is cancelled –October 18 th Assignment 4 is active, due in my mailbox by 5pm Friday (October 14 th ) Mid-term. 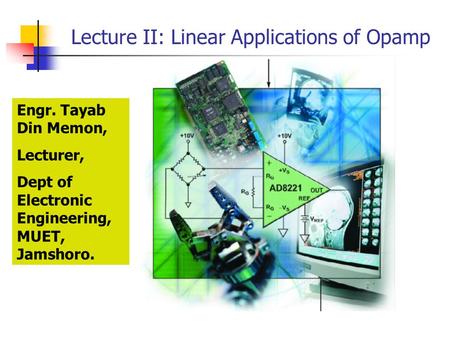 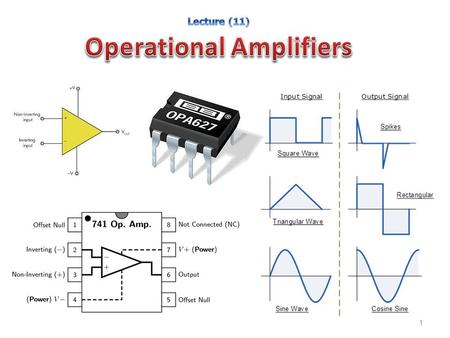 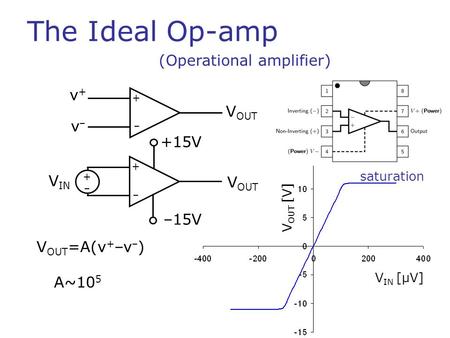 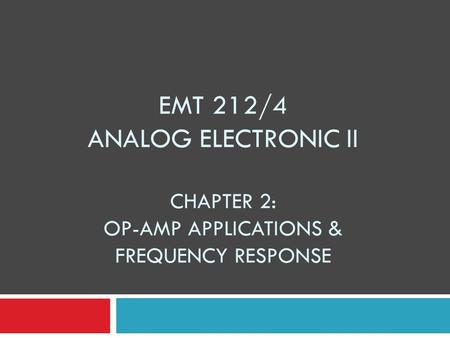