Leroy Garcia 1.  Artificial Intelligence is the branch of computer science that is concerned with the automation of intelligent behavior (Luger, 2008).

Presentation on theme: "Leroy Garcia 1.  Artificial Intelligence is the branch of computer science that is concerned with the automation of intelligent behavior (Luger, 2008)."— Presentation transcript:

2  Artificial Intelligence is the branch of computer science that is concerned with the automation of intelligent behavior (Luger, 2008). 2

6  Automatic Computers  How can computers be programmed to use a language?  Neuron Nets  Theory of the Size of a Calculation  Self-Improvement (Machine Learning)  Abstractions  Randomness and Creativity 6

13  Fully Observable  Sensors must provide a complete state of environment.  Partially Observable  Usually due to poor an inaccurate sensors or if parts of the world are missing the sensor’s data. 13

21  Selects action based on the current percept and pays no attention to any previous percept. 21

22  Maintains at least some form of internal state that depends on the percept history and thereby reflects some of the unobserved aspects of the current state. 22

23  Performs actions based on a specific goal. 23

24  Takes into account it’s current environment and decides to act on an action that simply makes it happier. 24

33  Expands a node with the lowest path cost.  Only cares about the total cost and does not care about the number of steps a path has. 33

34  Expands the deepest node and the current fringe of the search tree.  Implements a last-in-first-out methodology. 34

35  Solves infinite path problems and can be implemented as a single modification to the general tree search algorithm by setting a depth limit. 35

36  Is used to find the best Depth Limit.  A goal is found when a Depth Limit reaches the depth of the shallowest node. 36

39  Definition  “An expert system is an interactive computer- based decision tool that uses both facts and heuristics to solve difficult decision problems based on the knowledge acquired from an expert.”(The Fundamentals of Expert Systems) 39

Download ppt "Leroy Garcia 1.  Artificial Intelligence is the branch of computer science that is concerned with the automation of intelligent behavior (Luger, 2008)." 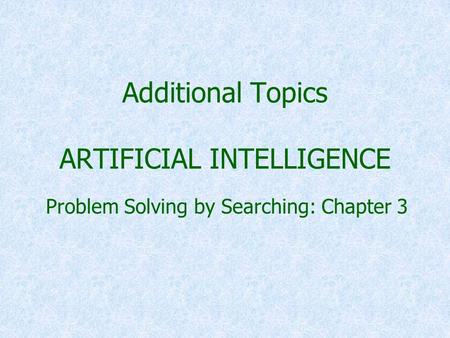 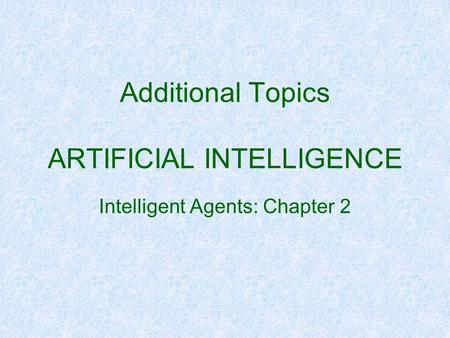 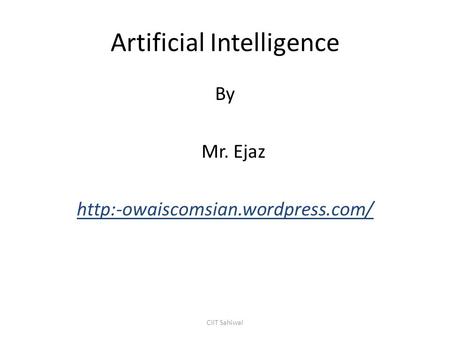 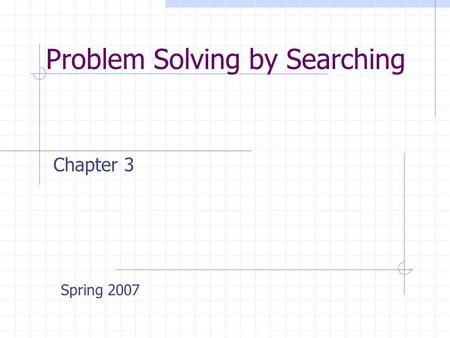 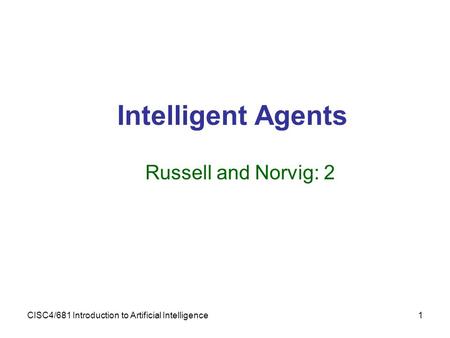 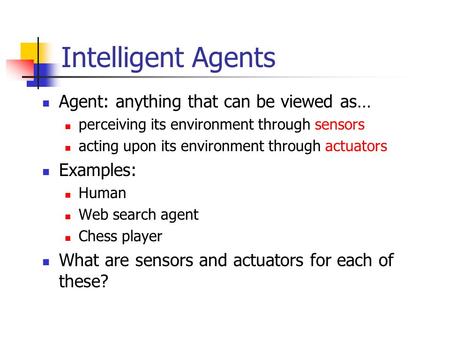 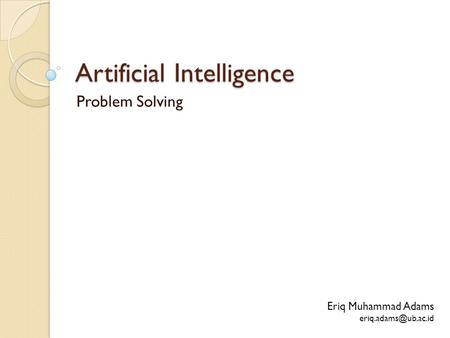 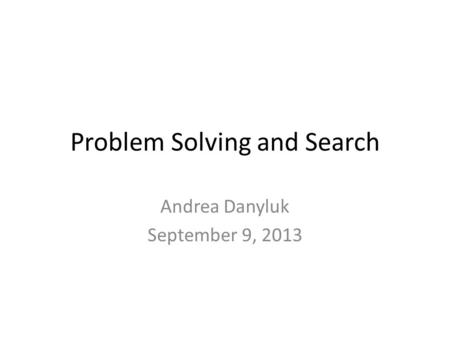 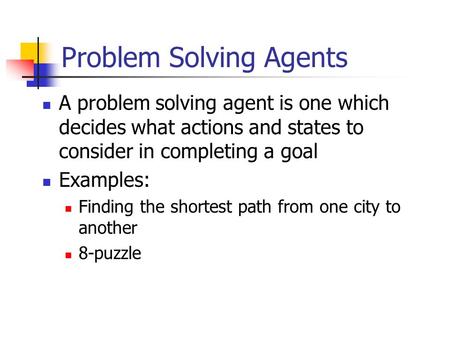 Problem Solving Agents A problem solving agent is one which decides what actions and states to consider in completing a goal Examples: Finding the shortest. 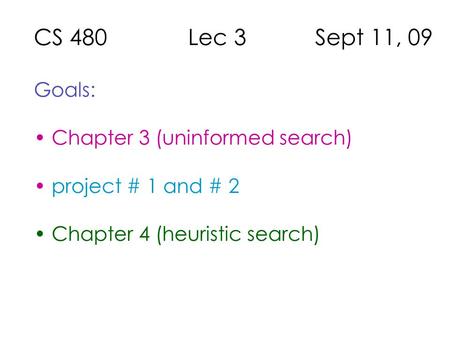 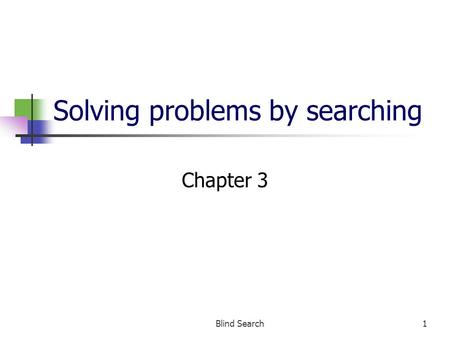 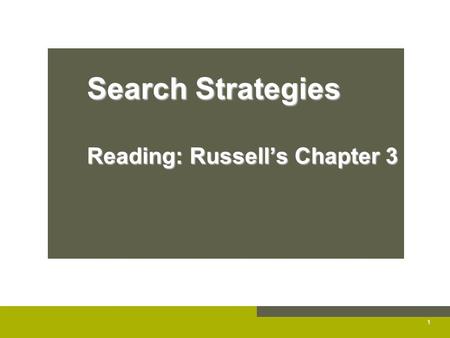 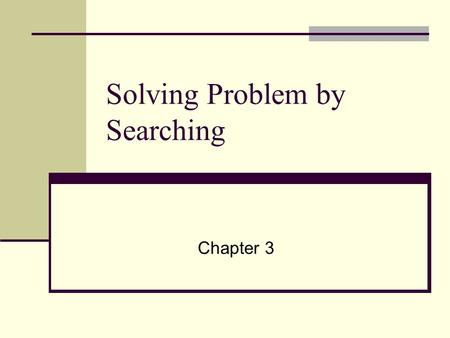 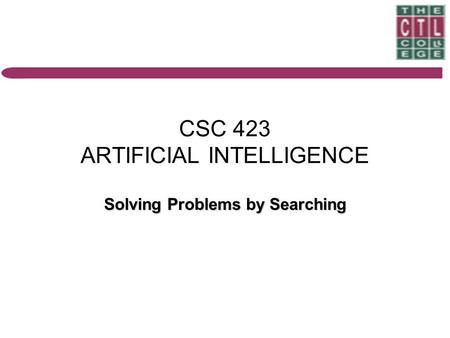 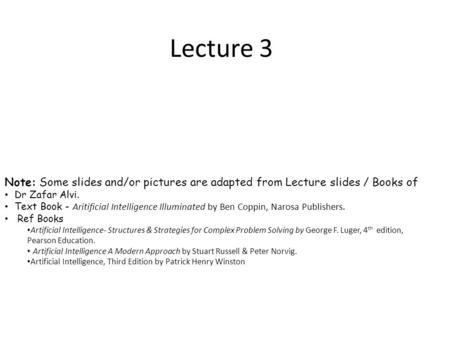 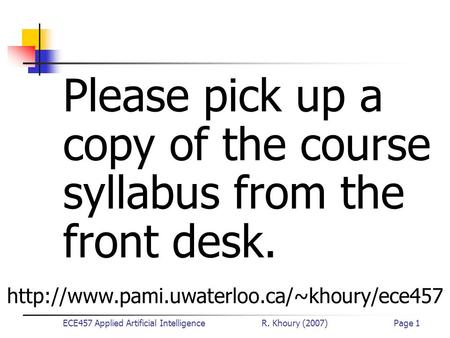 ECE457 Applied Artificial Intelligence R. Khoury (2007)Page 1 Please pick up a copy of the course syllabus from the front desk. 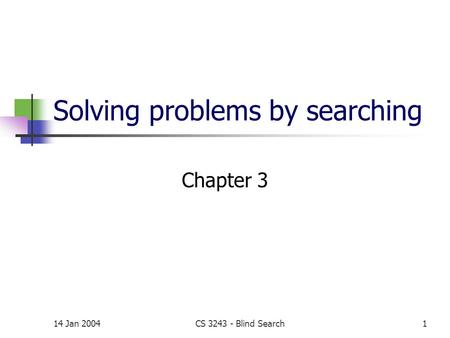 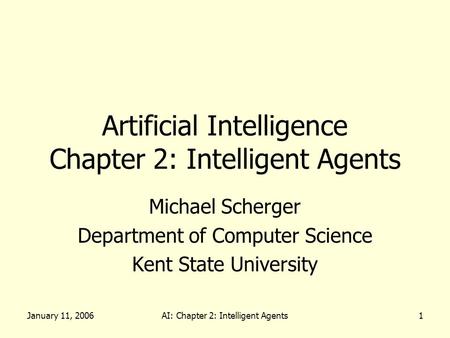 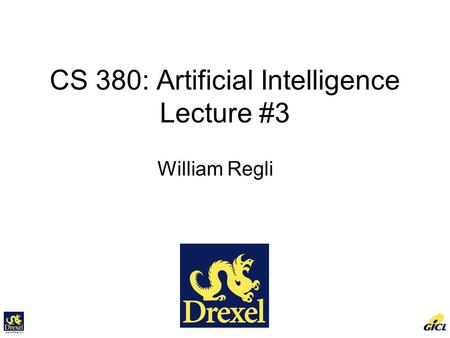 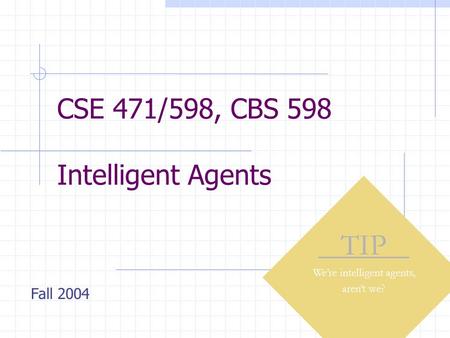