1 Moss & Fern Sphagnum palustre Hapu’u Tree Fern
Ker Than for National Geographic News Published December 30, 2011 A moss spreading throughout the Hawaiian Islands (map) appears to be an ancient clone that has copied itself for some 50,000 years—and may be one of the oldest multicellular organisms on Earth, a new study suggests. The peat moss Sphagnum palustre is found throughout the Northern Hemisphere, but the moss living in Hawaii appears to reproduce only through cloning, without the need for sex or production of spores. (See "Group to Clone California Redwoods.") All the moss populations sampled share a rare genetic marker, which suggests they're descended from a single founder plant that was carried via wind to Hawaii tens of thousands of years ago. Since S. palustre is unisexual, having male and female plants, sexual reproduction would not have been possible, said study co-author Eric Karlin, a plant ecologist at Ramapo College in New Jersey. "You would expect one founding plant to have this rare trait. However, it is unlikely that there were many founding plants with each one having the same rare trait," he said. Ancient Moss Surprisingly Diverse Fossilized S. palustre moss remains have been found in 23,900-year-old peat near the summit of Kohala Mountain on Big Island (Hawaii). (See your Hawaii pictures.) From these remains, Karlin and colleagues inferred that the moss had been in Hawaii at least that long, and perhaps longer. To find out, the team analyzed the genetic diversity of the current population of moss on the island and determined a mutation rate. Using this mutation rate, they estimated how long it took for the different moss populations to get to where they are genetically—about 50,000 years. The genetic analysis also revealed surprising diversity—challenging the popular assumption that clones are genetically drab because they can't swap DNA through sex. "They're not identical because mutations are always occurring," Karlin said. "So given a sufficient period of time, you will find that offspring from a clone may be genetically different from one another." "However, there are probably other plant populations on islands having a similar history that we haven't studied yet." Alien Moss a "Problem" for Local Plants Given the absence of sex, the moss has been likely "trapped" on the Kohala summit, Karlin said. Sexual reproduction—which creates airborne spores—would be required for the plant to move elsewhere. But people have also lent a helping—though unwitting—hand in the moss's spread. In the past century, people have used the moss for packing material, in doing so moving the species across Big Island as well as on the island of Oahu. (See "Alien-Wasp Swarms Devouring Birds, Bugs in Hawaii.") "The peat moss has had explosive growth where it was introduced, especially on Oahu," Karlin said. The moss's success comes at the cost of other local plants, however. "It's a problem," he said. "The moss completely changes the ecology of the ground layer. Instead of there being soil, there is a solid carpet of moss, and the seeds of many of the local plants don't grow in the moss layer." Sphagnum palustre (clones, no spore stage) Hapu’u Tree Fern

23 Sori on a Fern Sporophyll 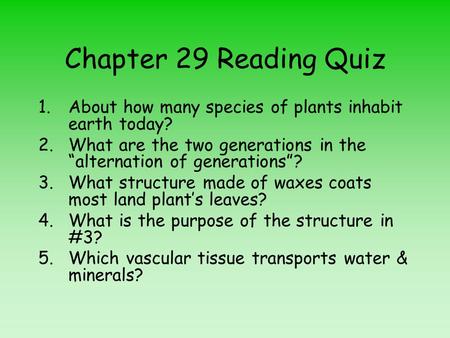 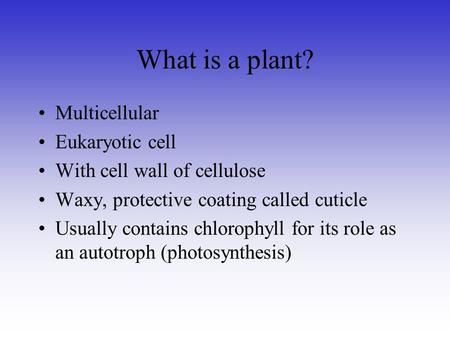 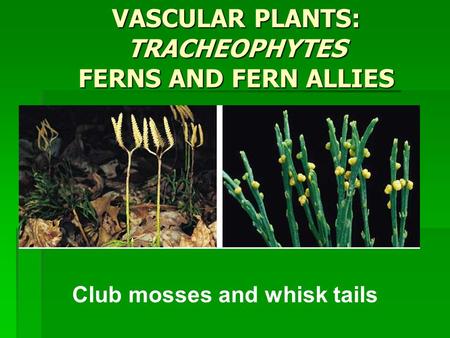 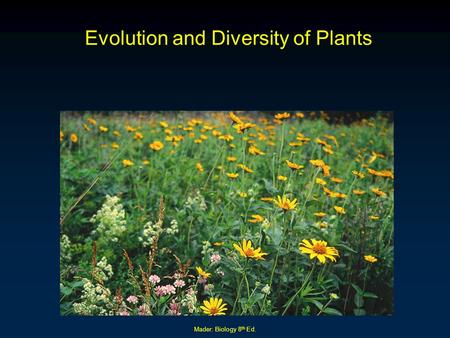 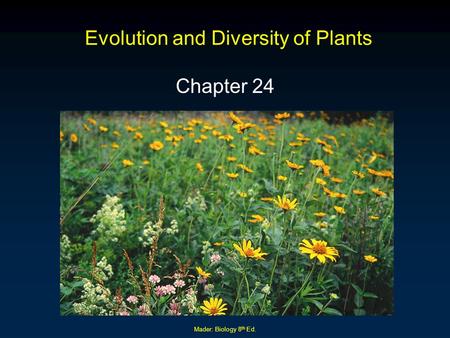 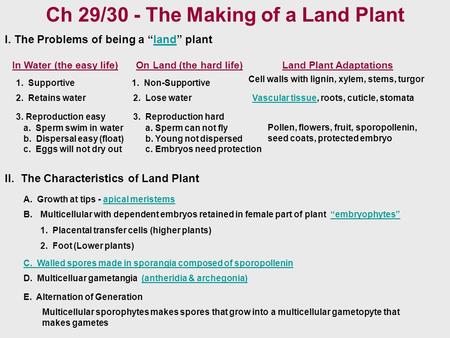 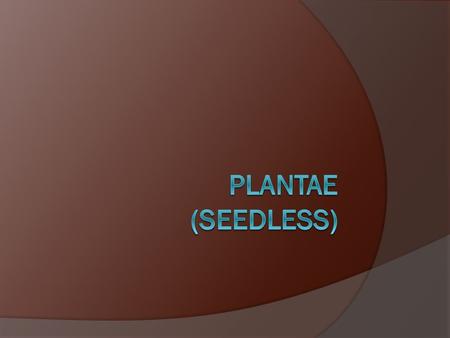 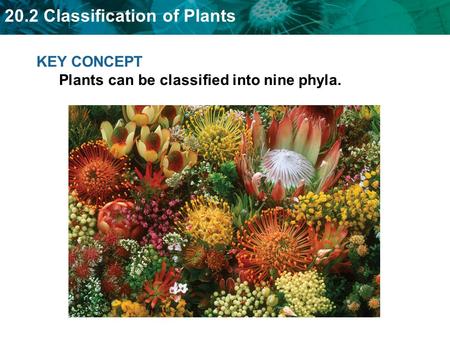 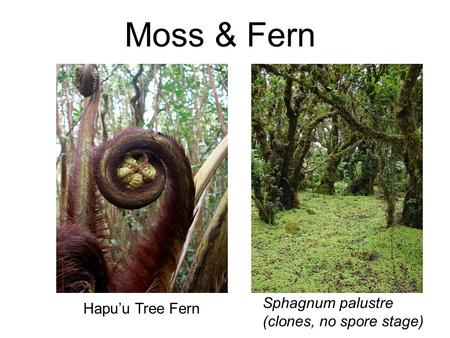 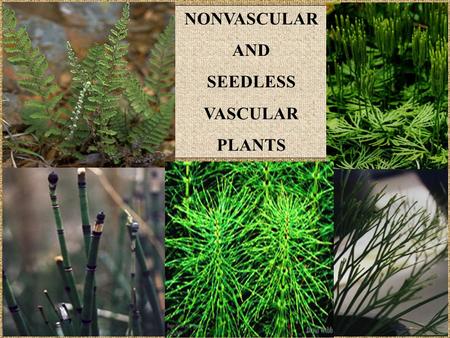 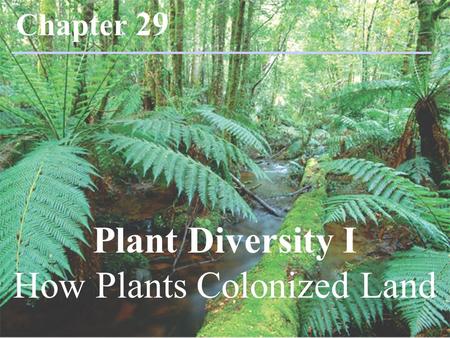 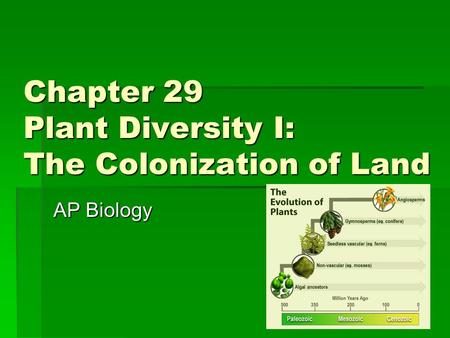 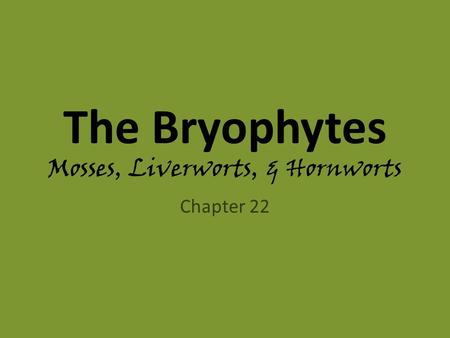 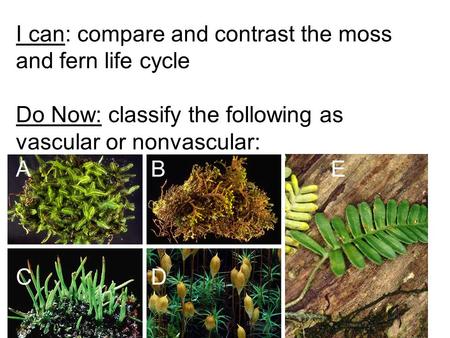 I can: compare and contrast the moss and fern life cycle 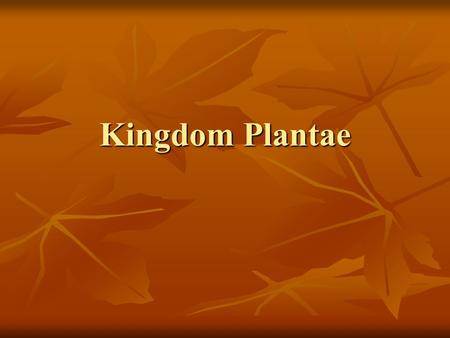 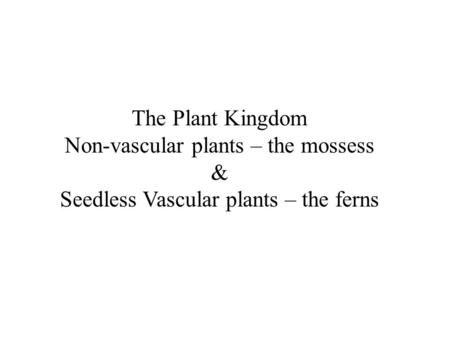 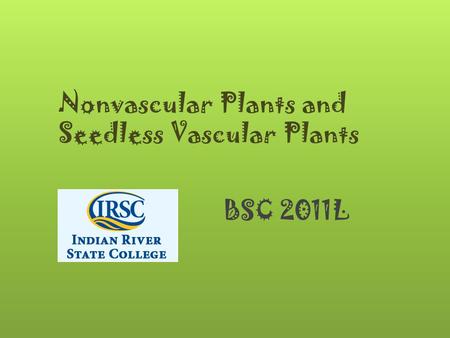