5 9. In 1805, Wordsworth completed a long
autobiographical poem entitled "______" which contains together 14 books. 10. Name Byron's two famous long poems. 11. The following statements are about "Childe Harold"s Pilgrimage" . Which are true?

6 a. Byron used his own experiences as the
material of the long poem. b. The first canto deals with the hero's journey in Portugal and Spain. c. The second canto describes Albania and Greece. d. In the third canto appeared his description of Waterloo. e. The fourth canto describes Italy. f. It is written in Spenserian stanza.

9 16. Name Shelley's masterpiece, four-act
poetic (lyrical) drama. The story was taken from Greek mythology. 17. "______" is Shelley's first long poem of importance. It was written in the form of a fairy tale dream. 18. Which are Shelley's lyrics on nature?

12 26. In style, Jane Austen is a ____advocator,
upholding those traditional ideas of order, reason, proportion and gracefulness in novel writing. Her main literary concern is about human beings in their _____relationships. 27. ______marked the transition from romanticism to the period of realism which followed it.

13 28. The principal elements of ____ novel
are violence, horror, and the supernatural, which strongly appeal to the reader's emotion. This form of novel has exerted a great influence over the writers of the Romantic period. 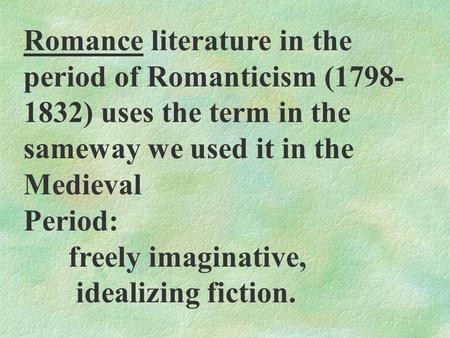 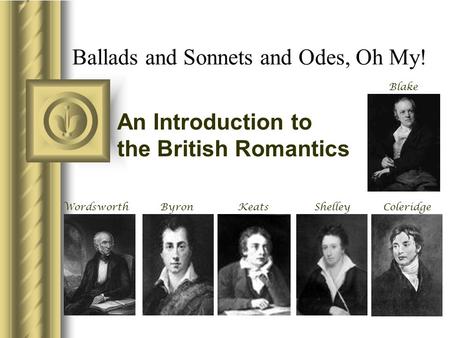 Ballads and Sonnets and Odes, Oh My! An Introduction to the British Romantics WordsworthByron Blake ShelleyColeridgeKeats. 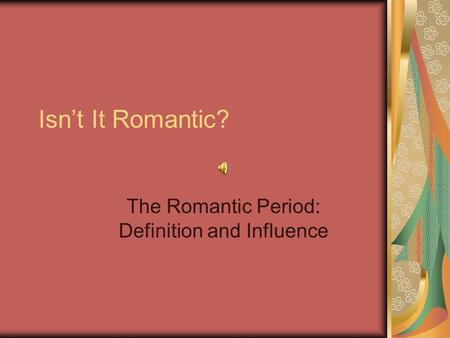 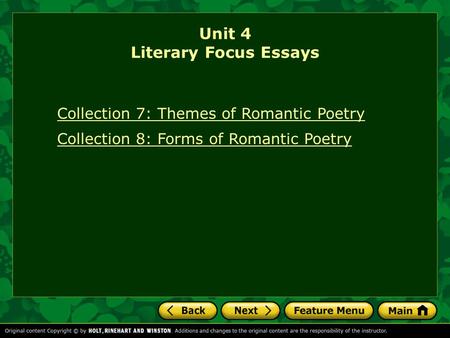 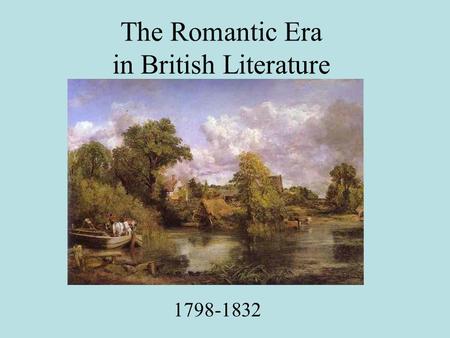 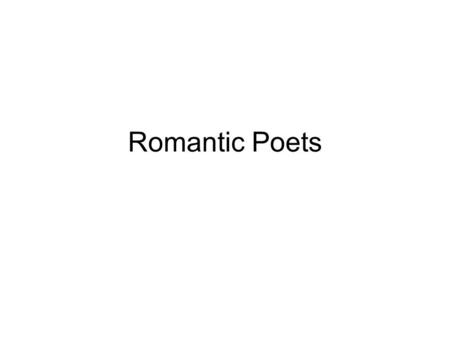 Romantic Poets. The Rime of the Ancient Mariner First poem in the collection Lyrical Ballads (1798) Imitates earlier ballads in style But uses supernatural. 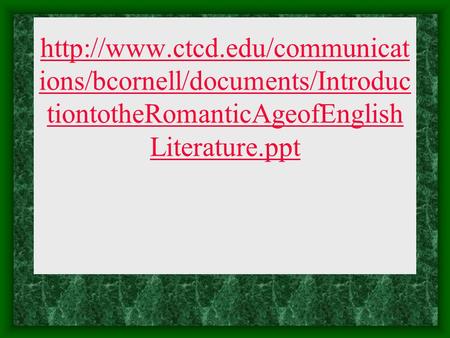 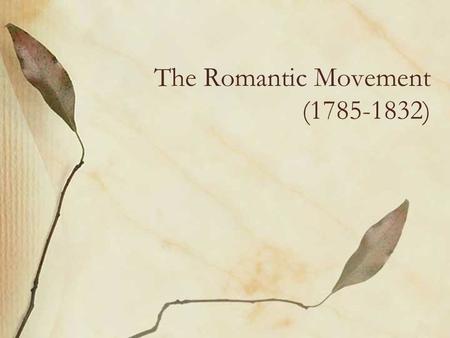 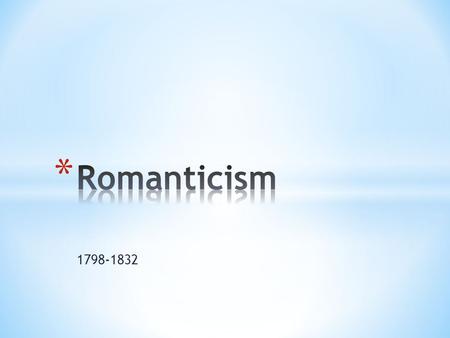 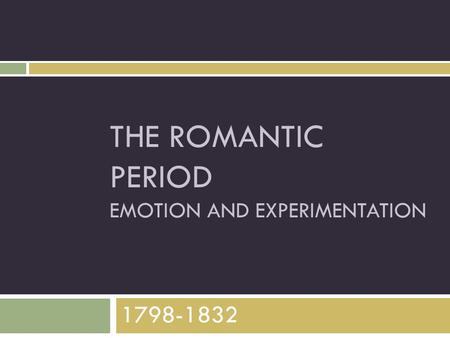 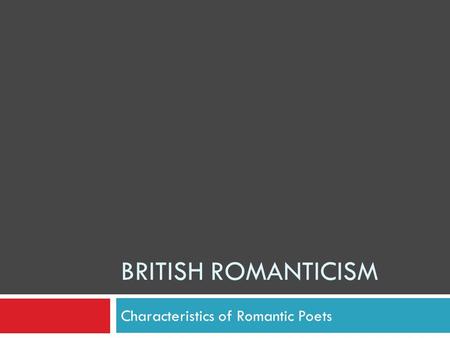 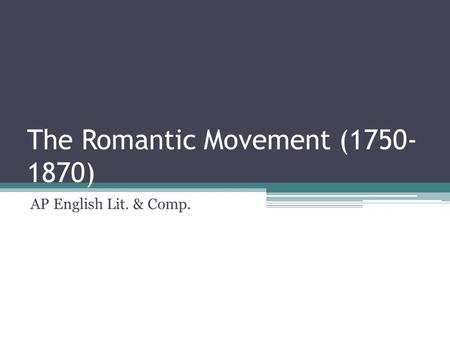 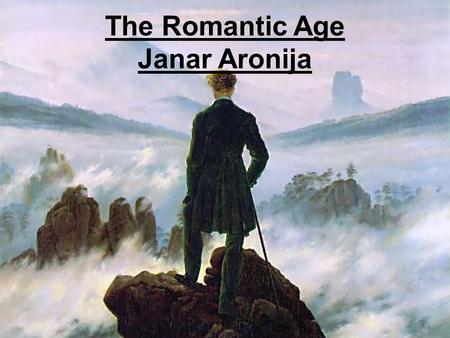 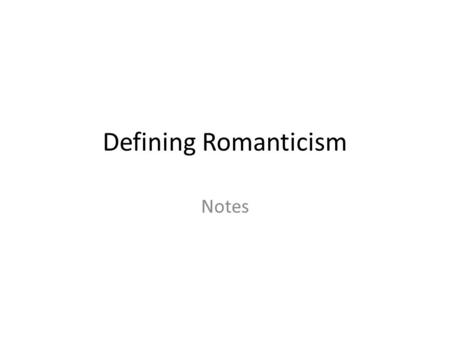 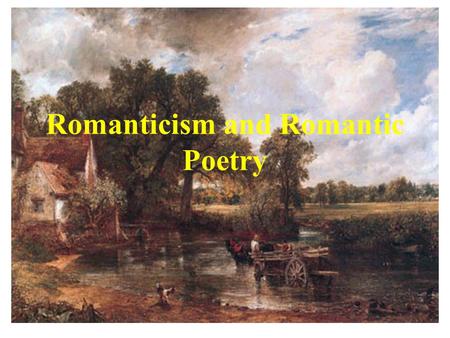 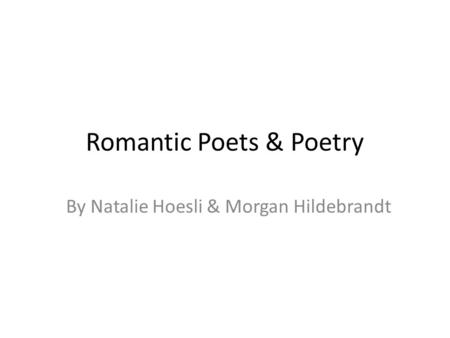 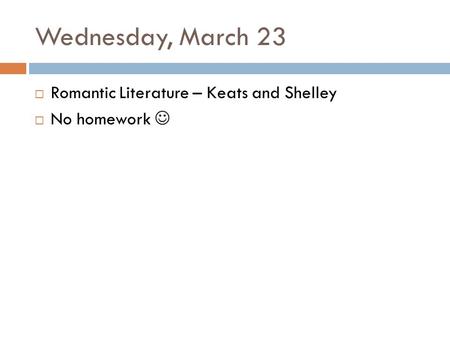 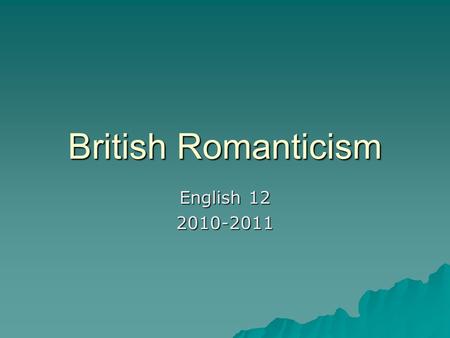 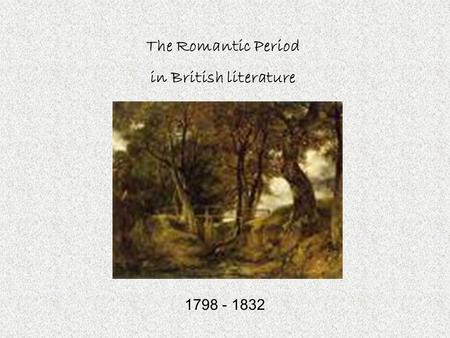 The Romantic Period in British literature 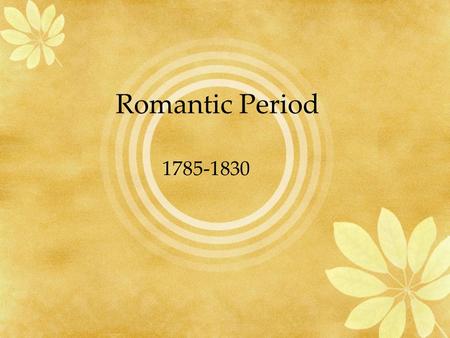