1 Polymerase chain reaction
Who would have thought a bacterium hanging out in a hot spring in Yellowstone National Park would spark a revolutionary new laboratory technique? The polymerase chain reaction, now widely used in research laboratories and doctor's offices, relies on the ability of DNA-copying enzymes to remain stable at high temperatures. The polymerase from Thermus aquaticus (Taq), a bacterium from Yellowstone can produce millions of copies of a single DNA segment in a matter of hours. In nature, most organisms copy their DNA in the same way. PCR mimics the natural process, only it does it in a test tube. When any cell divides, enzymes called polymerases make a copy of all the DNA in each chromosome. The first step in this process is to "unzip" the two DNA chains of the double helix. As the two strands separate, DNA polymerase makes a copy using each strand as a template.

2 The role of the primer To copy DNA, polymerase requires two other components: 1. a supply of the four nucleotide bases 2. a primer. DNA polymerases, whether from humans, bacteria, or viruses, cannot copy a chain of DNA without a short sequence of nucleotides to "prime" the process, or get it started. So the cell has another enzyme called a primase that actually makes the first few nucleotides of the copy. This stretch of DNA is called a primer. Once the primer is made, the polymerase can take over making the rest of the new chain.

3 Step I: DNA melting The three parts of the polymerase chain reaction are carried out in the same vial, but at different temperatures. The first part of the process separates the two DNA chains in the double helix. This is done simply by heating the vial to 95 oC for 30 seconds. double-stranded DNA single-stranded DNA

4 Step II: Primer annealing
The primers cannot bind to the DNA strands at such a high temperature, so the vial is cooled to 55 oC. At this temperature, the primers bind or "anneal" to the appropriate location in the DNA strands. This takes about 20 seconds. single-stranded DNA + primer annealed DNA The final step of the reaction is to make a complete copy of the templates. Since the Taq polymerase works best at ca. 75 oC, the temperature of the vial is raised.

5 Step III: Primer extension
The Taq polymerase begins adding nucleotides to the primer and eventually makes a complementary copy of the section of the template that lies between the primers. This completes one PCR cycle. primer-annealed DNA primer-extended DNA with Taq polymerase and dATP, dTTP, dGTP, dCTP

6 Thermal cycling At the end of a cycle, each piece of DNA in the vial
has been duplicated. Since the cycle can be repeated 30 or more times and each newly synthesized DNA piece can act as a new template, one can obtain 230 or ca. 1 million copies of a single piece of DNA. amplified region Note that the region of the DNA between the two primers will be amplified. The flanking sequences not. The entire process takes about three hours.

7 PCR amplification The figure on the left shows the series of steps
in a single cycle. The exponential growth of the double helical segment between the two primers is illustrated above. 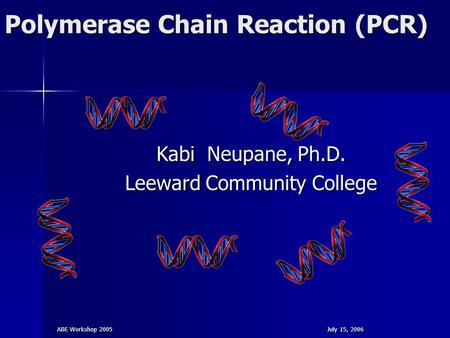 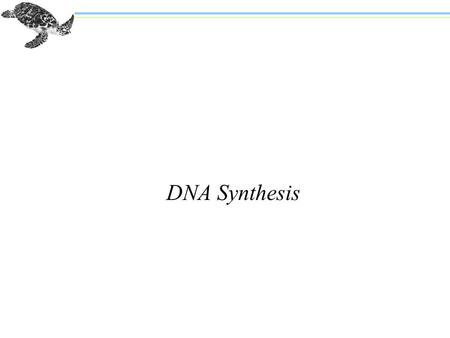 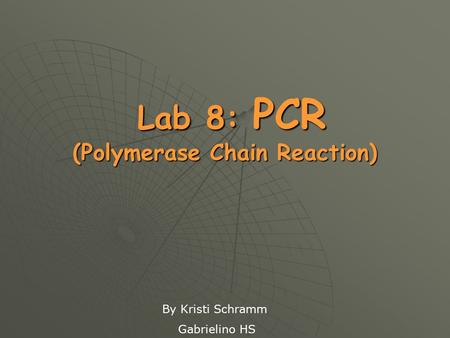 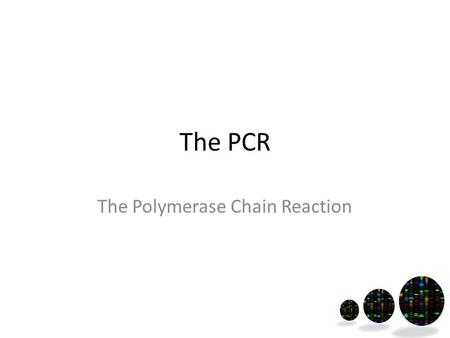 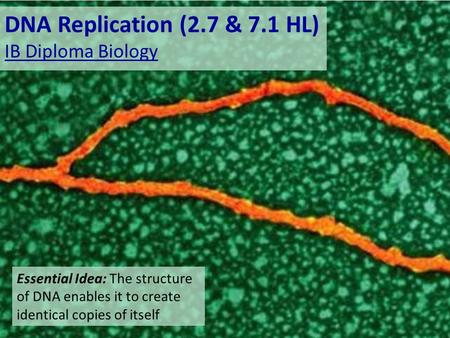 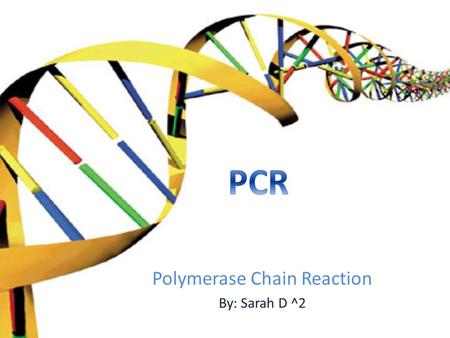 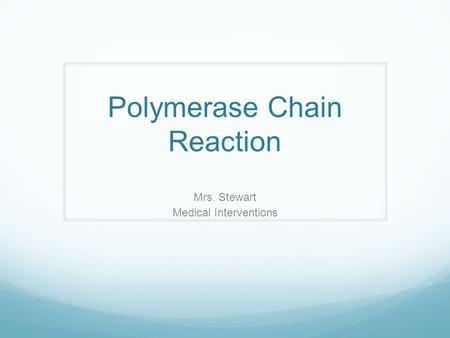 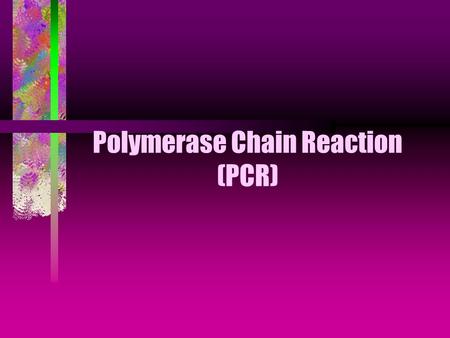