2 2 American Graduation Initiative “America cannot lead in the 21 st century unless we have the best educated, most competitive workforce in the world” -President Barack Obama on Higher Education April 24, 2009

3 Competitive World Economy America’s economic strength depends upon the education and skills of its workers Jobs requiring at least an associate degree are projected to grow twice as fast as those requiring no college experience Over the next decade, nearly eight in ten new jobs will require higher education and workforce training Yet, sixty percent of Americans have no postsecondary credentials at all 3

4 4 The President’s Goal Produce a higher percentage of college graduates than any other country in the world by 2020 Move our rate of degree holders from 40% to 60%. This includes both four-year colleges and two-year colleges To reach that goal, we need 3 million graduates of 4-year colleges and 5 million from community colleges

5 5 The Challenge Today, 27 percent of young people drop out of high school Every year, 1.2 million teenagers leave school for the streets High-school graduates from the wealthiest families are virtually certain to continue on to higher education; while just over half in the poorest bottom quarter attend

6 The Challenge About 75 million adults between the ages of 18 to 64 have no postsecondary education and are not enrolled in a course of education. Of those: –15 million older youth and adults (age 18-64) lack a high school diploma or GED; – 43 million (age 18-64) are high school graduates with no college education; and –17 million older youth and adults (age 18-64) completed some college but did not receive a degree. More than 60% of all students enrolled in community colleges are in need of at least one remedial course 6

7 The Challenge Community colleges enroll more than 6 million students and are growing rapidly. –Fewer than three in ten full-time students pursuing a two-year degree graduate in three years - and part-time students graduate at even lower rates –Less than half of community college students who enroll with the intention of getting a degree or transferring to a four-year school reach this goal in six years 7 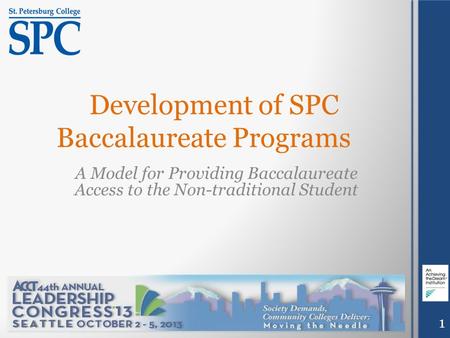 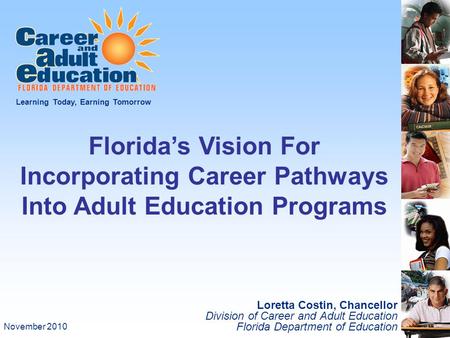 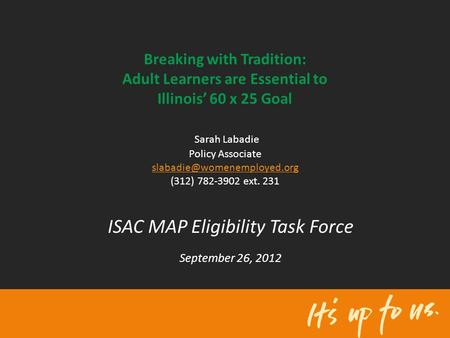 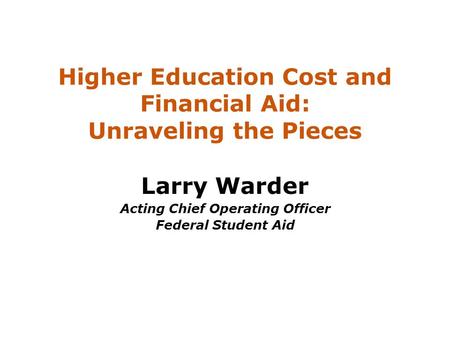 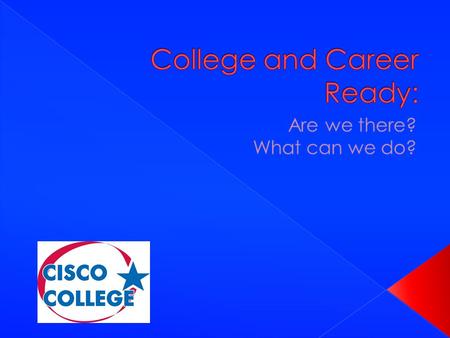 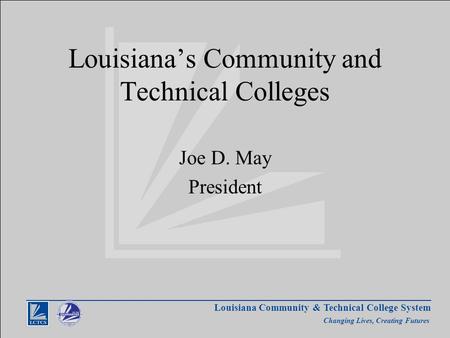 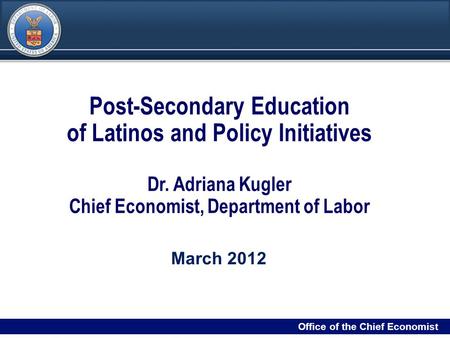 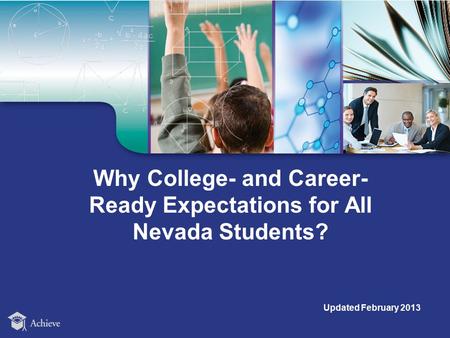 Why College- and Career- Ready Expectations for All Nevada Students? Updated February 2013. 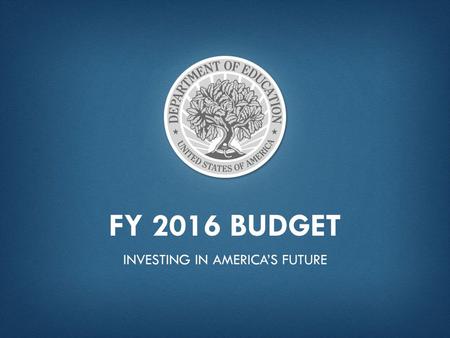 FY 2016 BUDGET INVESTING IN AMERICA’S FUTURE. “America thrived in the 20th century because we made high school free, sent a generation of GIs to college, 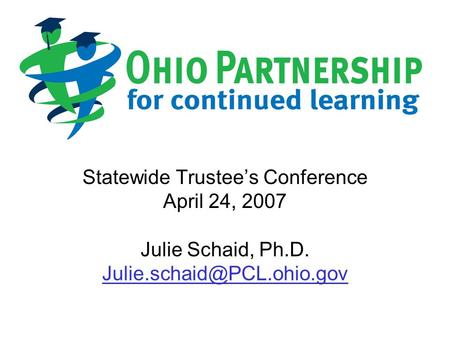 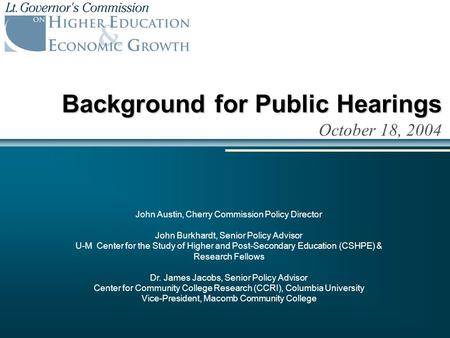 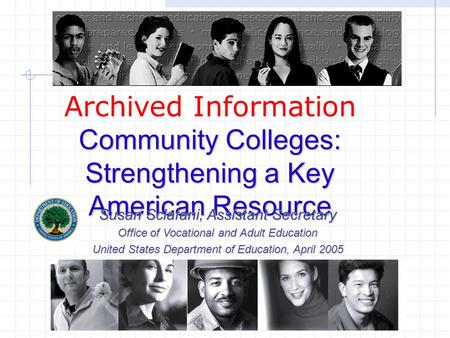 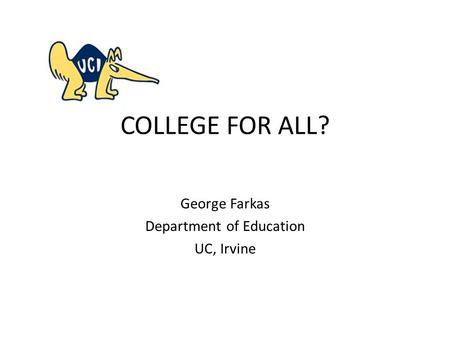 COLLEGE FOR ALL? George Farkas Department of Education UC, Irvine. 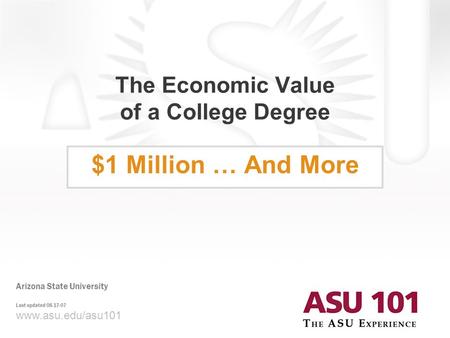 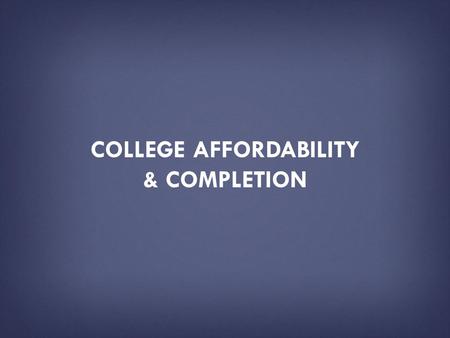 COLLEGE AFFORDABILITY & COMPLETION. HOW TO USE THIS PRESENTATION DECK  This slide deck has been created by the U.S. Department of Education as a resource. 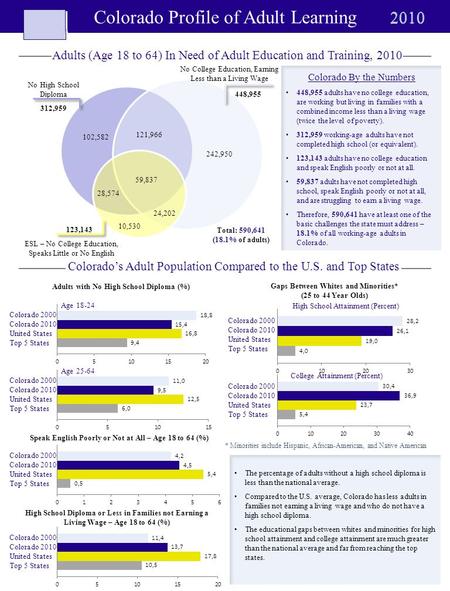 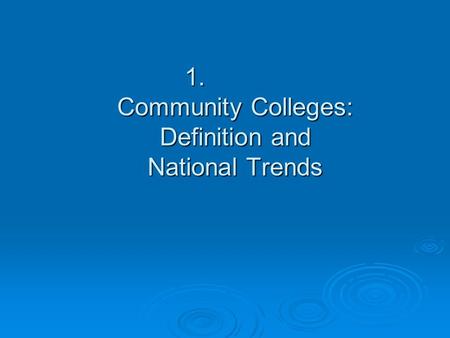 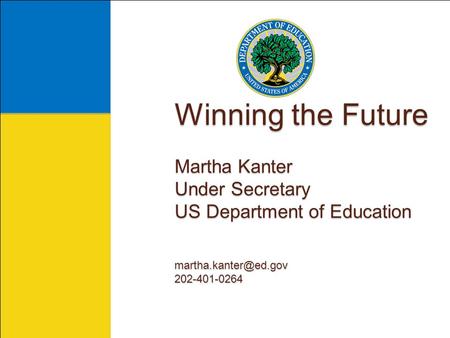 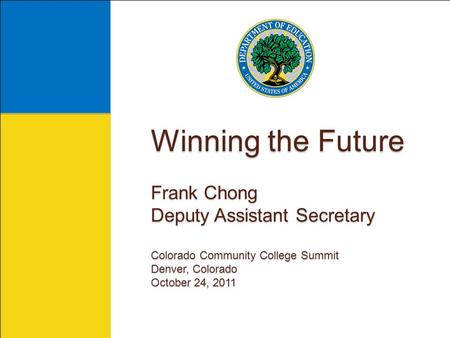