5 Biologists classify animals based on shared characteristics
Biologists classify animals based on shared characteristics. The horned lizard is an animal, a reptile, a lizard, and a gecko. Rational Numbers are classified this way as well! You already know that some numbers can be classified as whole numbers, integers, or rational numbers. The number 2 is a whole number, an integer, and a rational number. It is also a real number. Animal Reptile Lizard Gecko

8 Irrational numbers can be written only as decimals that do not terminate or repeat. They cannot be written as the quotient of two integers. If a whole number is not a perfect square, then its square root is an irrational number. For example, 2 is not a perfect square, so is irrational. A repeating decimal may not appear to repeat on a calculator, because calculators show a finite number of digits. Caution!

9 Reminder Real numbers are all the positive, negative, fraction, and decimal numbers you have heard of. They are also called Rational Numbers. IRRATIONAL NUMBERS are usually decimals that do not terminate or repeat. They go on forever. Examples: π

10 Identify each root as rational or irrational.

14 Repeating Decimals Fraction Decimal Every rational number (fraction) either terminates or repeats when written as a decimal. 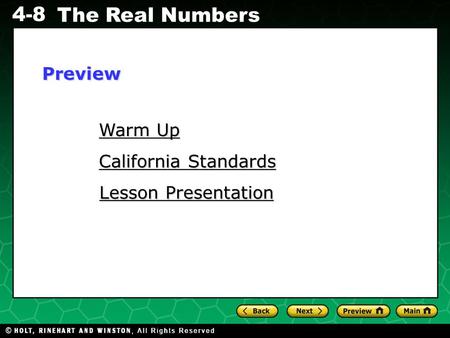 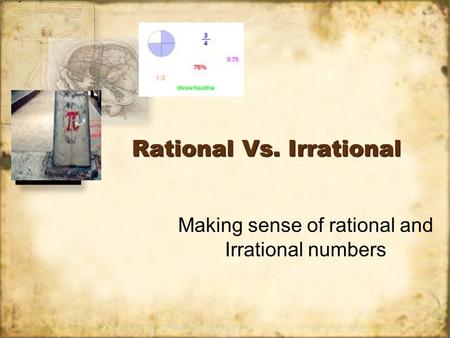 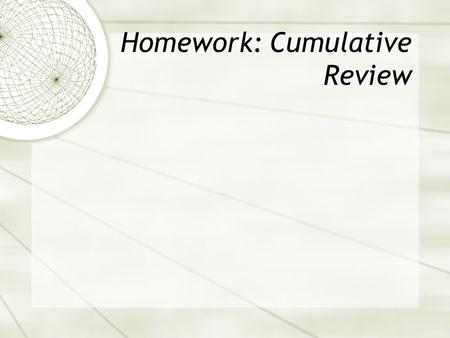 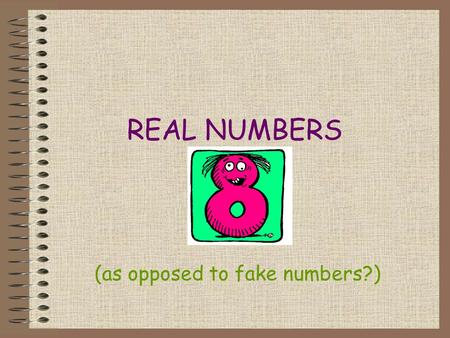 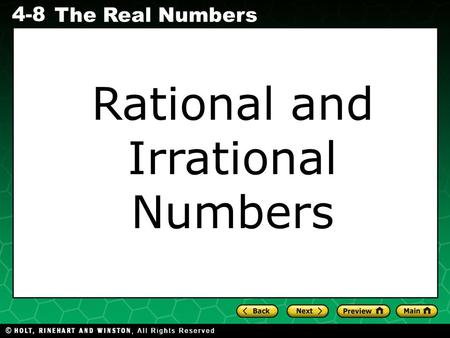 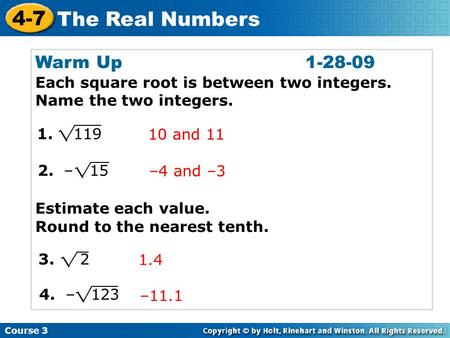 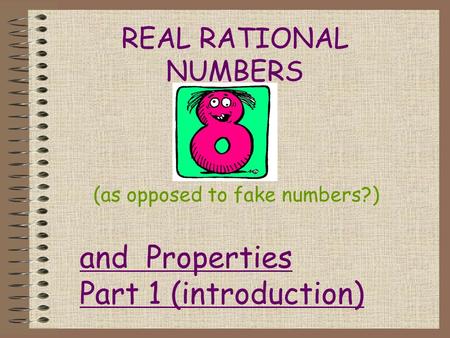 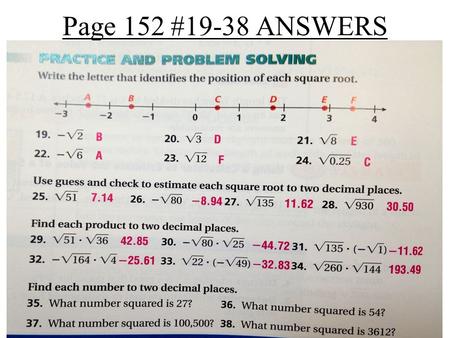 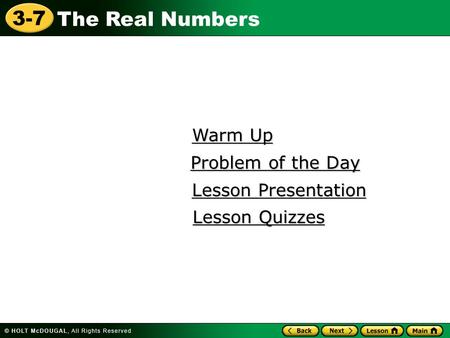 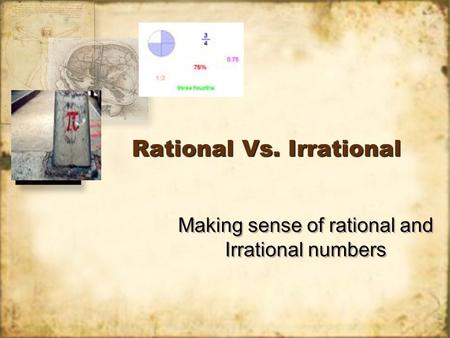 Rational Vs. Irrational Making sense of rational and Irrational numbers. 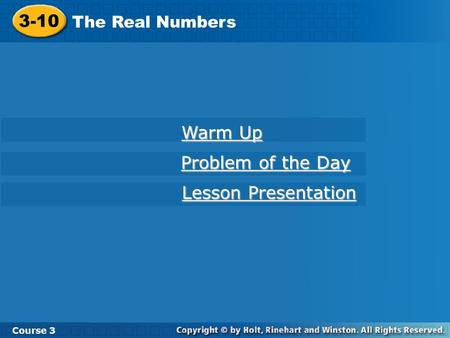 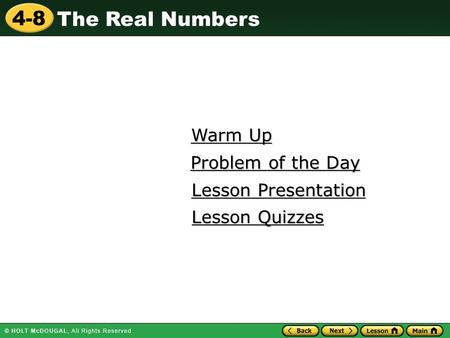 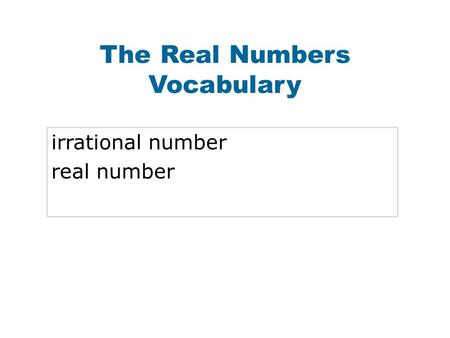 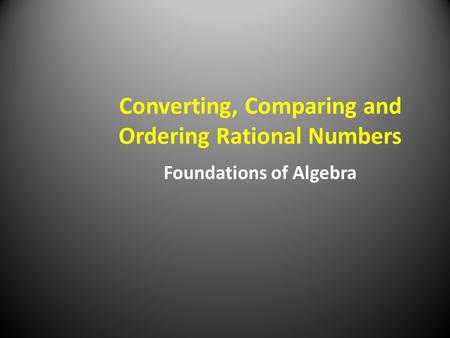 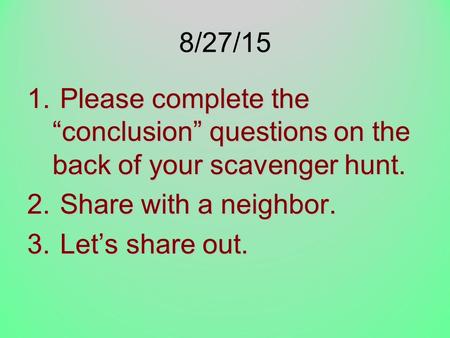 8/27/15 Please complete the “conclusion” questions on the back of your scavenger hunt. Share with a neighbor. Let’s share out. 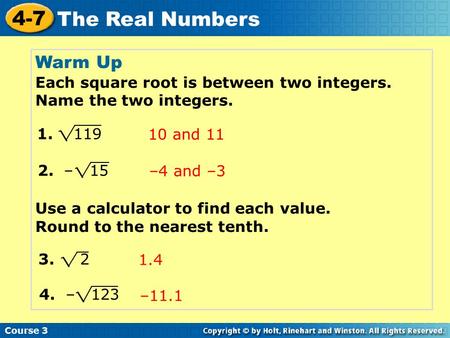 Course The Real Numbers Warm Up Each square root is between two integers. Name the two integers. Use a calculator to find each value. Round to the.