2 Isolation of pure cultures
Pure culture: a population of cells arising from a single cell, to characterize an individual species. They are required for the careful study of an individual microbial species. Single colony How to get 1. Dilute-pour/spread plate technique: dilutepour/spread isolated colonies 2. Streak plates: inoculating loop

4 The Streak Plate Technique: to obtain a pure clone

7 The growth of colonies on agar
At the colony edge: cells grow at maximum rates; In the center of colony: cells are lying; growth is much slower Cause: Oxygen, nutrients and toxic products The colony center is much thicker than the edge. Cell-cell communication and quorum sensing

8 Microbial growth Batch culture:  When microorganisms are grown in a closed system, population growth remains exponential for only a few generations and then enters a stationary phase due to factors like nutrient limitation and waste accumulation. Continuous Culture: If a population is cultured in an open system with continual nutrient addition and waste removal, the exponential phase can be maintained for long periods.

9 The growth curve The logarithm of the number of viable cells versus the incubation time. .

10 The Growth Cycle of Populations
(a) Lag phase: cells begin to synthesize inducible enzymes and use stored food reserves. (b) Logarithmic growth phase: the rate of multiplication is constant. (c) Stationary phase: death rate is equal to rate of increase. (d) Death phase: cells begin to die at a more rapid rate than that of reproduction.

11 Lag phase no immediate increase in cell mumber. The cell is synthesizing new compoments. ATP, cofactor, ribosomes, enzymes. The lag phase varies in length with the condition of the microorganisms and the nature of the medium. How to shorten the lag phase?

26 Direct counting The counting chamber
Disadvantages: 1. The microbial population must be fairly large for accuracy because such a small volume is sampled. 2. Difficult to distinguish between living and dead cells Electronic counters: the Coulter Counter for larger microorganisms such as protozoa, algae, and nonfilamentous yeasts.

33 Measurement of cell mass
1. Dry weight: useful for measuring the growth of fungi. cells growing in liquid medium are collected by centrifugation, washed, dried in an oven, and weighed. for bacteria, not very sensitive 2. Turbidity and microbial mass measurement 3. The amount of a substance total protein or nitrogen chlorophyII(algae)

36 The continuous culture of microorganisms
Continual provision of nutrients and removal of wastes. A microbial population can be maintained in the exponential growth phase and at a constant biomass concentration for extended periods in a continuous culture system.

37 The chemostat: Chemostat used for continuous cultures, rate of growth can be controlled either by controlling the rate at which new medium enters the growth chamber or by limiting a required growth factor in the medium The turbidostat: measures the absorbance or turbidity of the culture in the growth vessel. automatically regulated to maintain a predetermined turbidity or cell density.

38 How to maintain Exponential Growth? 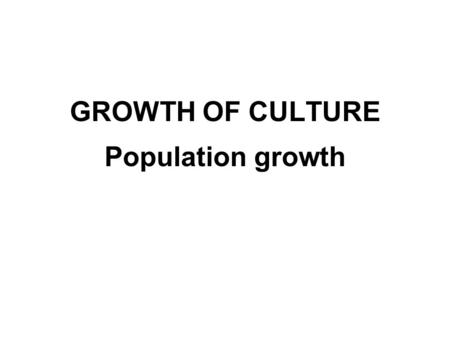 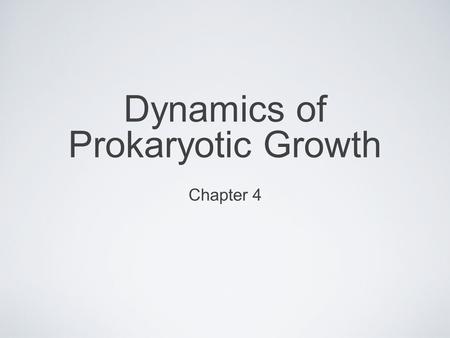 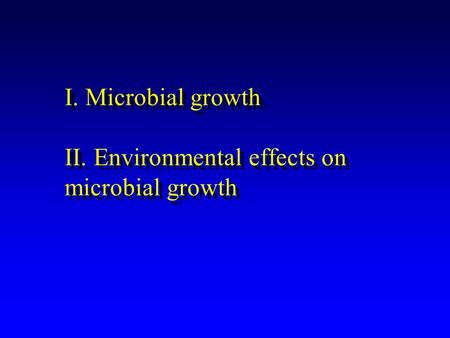 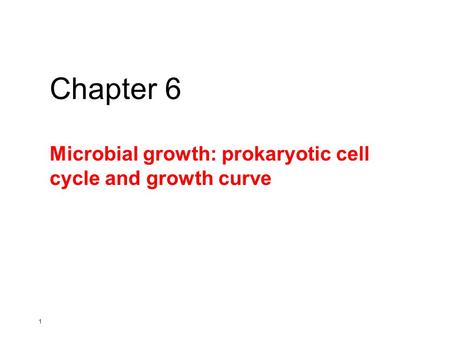 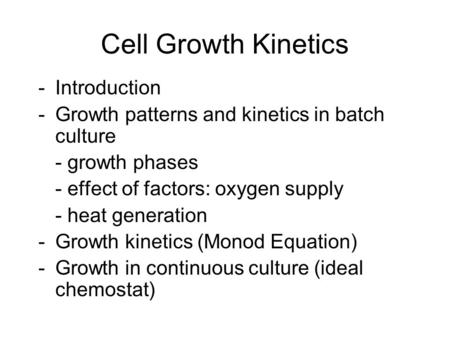 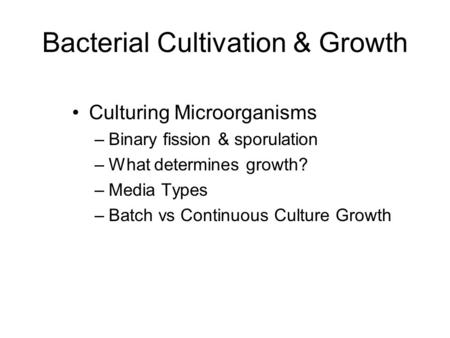 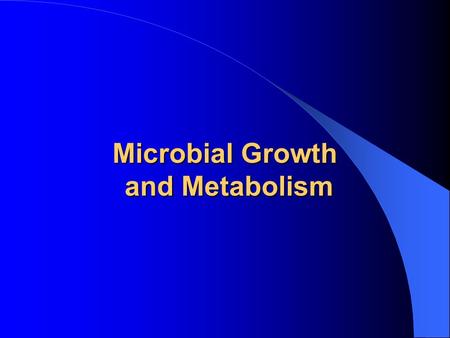 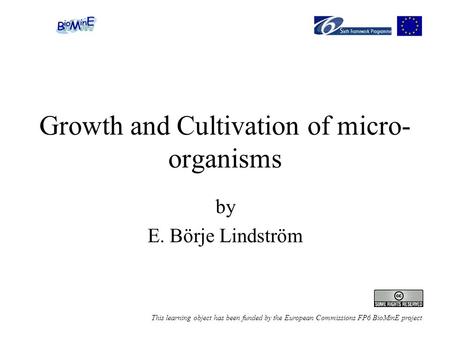