2 ---The Universal Language of Measurement---
The Metric System ---The Universal Language of Measurement--- Metric System – scientists & engineers use this language to communicate The metric system is often referred to as the International System of Units (abbreviated “SI”) The metric system is based on the number 10 and multiples of 10.

7 Mass vs. Weight An object has a universal mass, but may have different weight depending on gravity. The mass of an object does not change. The weight of an object changes as a result of changes in gravity. A pineapple on earth weighs more than on the moon because the earth’s gravity is greater. But the pineapple’s mass always remains the same wherever you go (unless you get hungry and eat it!).

8 Density a measure of the amount of matter that occupies a unit certain volume
Density = mass/volume (units are usually g/mL) The density of water = g/mL This means that one gram of water occupies one milliliter of volume. The density of oil = g/mL If lighter fluids float on heavier fluids, do you expect water to float on oil?

9 Sand grains If the human body is nearly 70% water, is it possible to float in quicksand? Should you get worried?

11 Temperature (continued)
Kelvin = another unit of temperature in the metric system. The lowest possible temperature is Kelvin (-273 ° C). This is Absolute Zero. To convert from Celsius to Kelvin: K = C + 273° 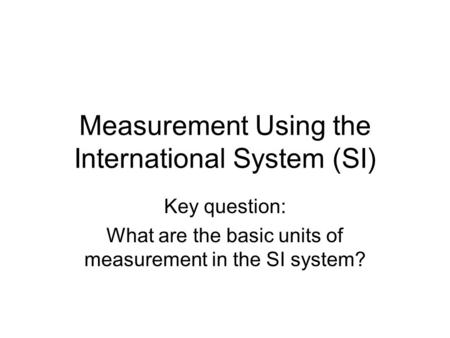 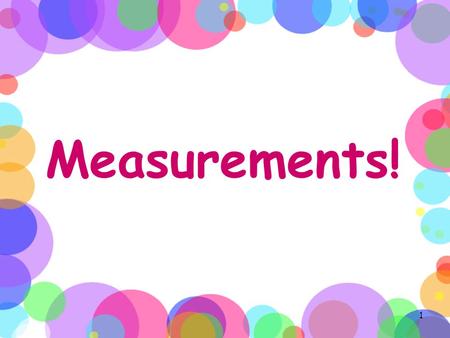 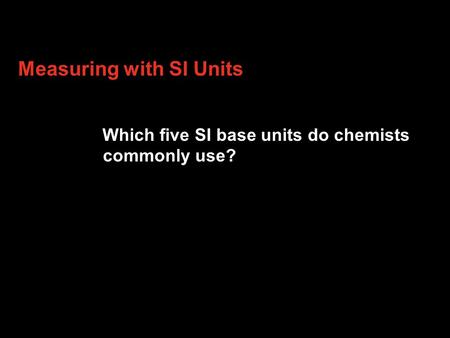 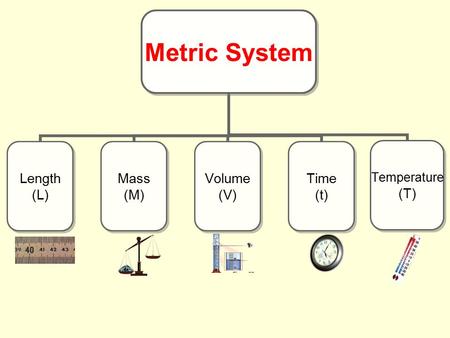 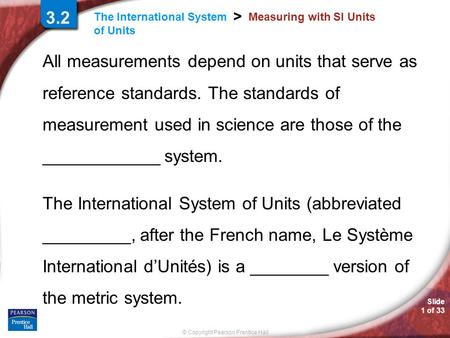 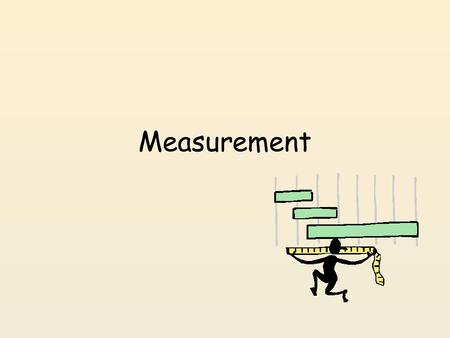 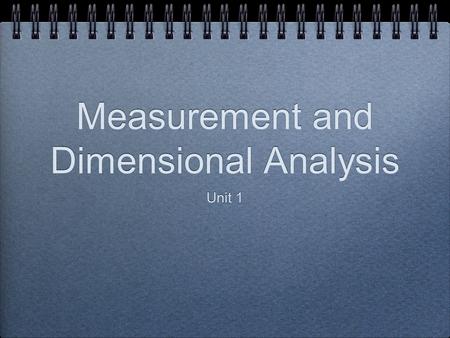 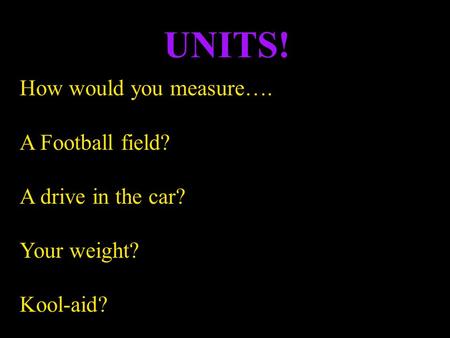 How would you measure…. A Football field? A drive in the car? Your weight? Kool-aid? UNITS! 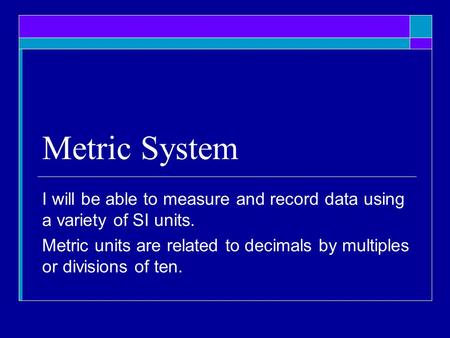