Presentation on theme: "A generation of children free from AIDS is not impossible Children and AIDS Fourth Stocktaking Report, 2009."— Presentation transcript:

1 A generation of children free from AIDS is not impossible Children and AIDS Fourth Stocktaking Report, 2009

2 INTRODUCTION Four years into Unite for Children, Unite against AIDS, a global campaign for children and young people, many lives have been saved and improved. The Fourth Stocktaking Report is an annual report that examines data on progress, emerging evidence, case studies of best practices and current knowledge and practice for children as they relate to four programme areas known as the ‘Four Ps’ This presentation reflects information from the 4 th Stocktaking Report for Children and AIDS, 2009: Progress and achievements in the global AIDS response for children, Main issues and remaining challenges, Call to action.

3 Prevent Mother-to-Child Transmission (PMTCT) of HIV P1 Provide Paediatric Treatment to children P2 Prevent Infection among Adolescents and Young People P3 Protect and Support Children Affected by HIV and AIDS P4 ENSURING A CHILD-FOCUSED HIV RESPONSE By 2010, offer appropriate services to 80% of women in need. By 2010, provide either antiretroviral treatment or cotrimoxazole, or both, to 80% of children in need. By 2010, reduce the percentage of young people living with HIV by 25% globally. By 2010, reach 80% of children most in need.

4 Trends in percentage of pregnant women with HIV receiving ARV prophylaxis for PMTCT, by region, 2004–2008 Around 45 % of pregnant women living with HIV in low and middle-income countries received antiretroviral (ARV) regimens to prevent the transmission of the virus to their infants, compared with 24 %in 2006 and 35 %in 2007. Prevent Mother-to-Child Transmission (PMTCT) of HIV Progress and achievements Source: 4 th Stocktaking Report on Children and AIDS, 2009

7 Source: 4 th Stocktaking Report on Children and AIDS, 2009 Percentage of children under 15 years old receiving antiretroviral therapy, 2008 Provide Paediatric Treatment to children Progress and achievements Between 2007 to the end of 2008, the proportion of children on ARTs increased by 39 %. 275,700 out of a total of 730,000 children in need of treatment now receive it.

8 Many countries have improved access to early infant diagnosis. A positive diagnosis of HIV though, does not guarantee access to life- saving treatment. Loss to follow-up of mothers and children (following birth) results in otherwise preventable death among children and a massive loss in public health investment. To be effective, paediatric care and treatment need to become an integral part of infant and child survival and health programmes. Young people living with HIV have particular challenges related to treatment and adherence, and it is important to address safer sex behaviours as these young people grapple with their emerging sexuality. Provide Paediatric Treatment to children Main issues

9 Increase in Knowledge The level of comprehensive knowledge among females aged 15−24 has increased by 10 percentage points or more in 17 out of 45 countries with survey-based trend data (1999−2008). Such knowledge has increased in young men in 7 out of 12 countries with similar trend data. Decrease in Risky Behaviours In several countries, there have been declines of 5 or more percentage points in risky behaviour as the initiation of sex before age 15 of those 15–19 years old, sex with multiple partners and sex without condoms. Prevent Infection among Adolescents and Young People Progress and achievements

11 A clear understanding of adolescent sexual relations and gender dynamic is necessary to understand how best to intervene to prevent new infections. School attendance is a protective factor against HIV, especially for vulnerable girls. Schools are also an effective platform through which to raise HIV-related knowledge. Interventions that engage young men and boys are necessary to reduce HIV incidence among both male and females. The AIDS epidemic will not be halted until prevention services are more effectively designed and targeted to address the behaviours that marginalize and place adolescents and young people at risk for infection. Prevent Infection among Adolescents and Young People Main issues

12 There is growing international support for social protection approaches that are both child-sensitive and AIDS-sensitive. Recent high-level research has enhanced the understanding of childhood vulnerability and documented the most appropriate responses for children affected by HIV and AIDs. Protect and Support Children Affected by HIV and AIDS Progress and achievements Evidence from 2008 shows that very few households caring for orphans or vulnerable children were receiving basic external support: a median of 12%.

13 Community- and faith-based organizations will continue to have an important role in delivering social protection services for children in communities affected by AIDS. Building the capacity of national social welfare systems is urgently needed to scale up support for vulnerable children affected by AIDS. Underfunded social welfare ministries and lack of social workers results in little support for the most vulnerable children, including those living outside families. Protect and Support Children Affected by HIV and AIDS Main issues Child-sensitive social protection encompasses social transfers, social insurance, social services and social policies and legislation designed to benefit children, including those affected by HIV and AIDs.

15 Investment What women and children need Estimates of investment needed to meeting universal access goals “A mother should not have to choose between continuing AIDS treatment and feeding her children.” – Michel Sidibé, UNAIDS Executive Director

16 Call to Action Now is the time to follow through on our commitments 1.Accelerate the scale-up of PMTCT services and early infant diagnosis to contribute to the elimination of HIV transmission to young children. 2.Continually seek out new evidence to inform HIV prevention. 3.Support and empower adolescents, particularly girls, to identify and respond to their own vulnerabilities. 4.Protect the rights of adolescents and young people living with HIV to receive good-quality support and services. 5.Ensure that adolescents who are in situations of the greatest risk are reached by HIV prevention, treatment, care and support services.

17 Call to Action Now is the time to follow through on our commitments 6.Make sexual violence against girls and women socially unacceptable. 7.Scale-up child-sensitive social protection, a necessary part of the response to children affected by AIDS. 8.Strengthen community capacity to respond to the needs of children affected by AIDS by preventing the separation of families and improving the quality of alternative care. 9.Strengthen whole systems so that gains made on behalf of women and children affected by AIDS can be extended and sustained. 10.Improve data, gathering and analysis to achieve results for children and identify gaps in equitable coverage of and access to services.

Download ppt "A generation of children free from AIDS is not impossible Children and AIDS Fourth Stocktaking Report, 2009." 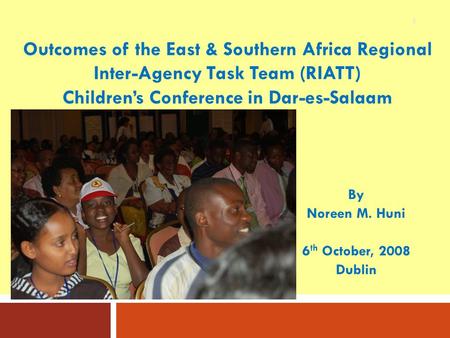 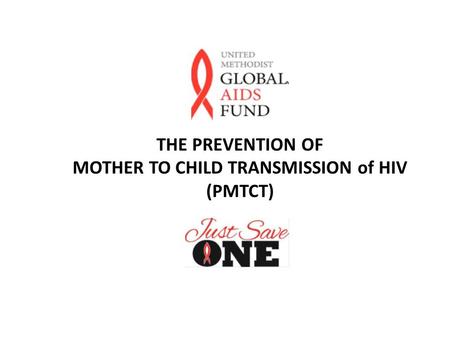 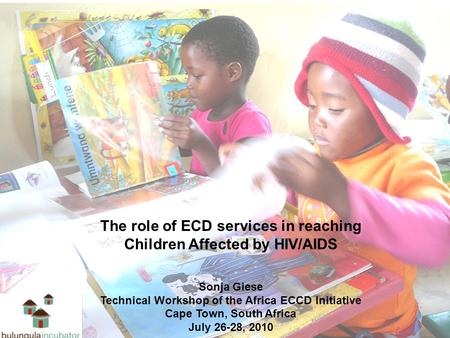