12 Phrases that act like verbs
Verb phrase Verb (+helping verb, sometimes) + all modifiers (It’s the predicate of the sentence.) Examples: She has been studying for three hours. Thomas wrote an excellent essay.

13 Write one sentence with a verb phrase. Underline it.

14 Absolute Phrases Modify (give information about) the entire sentence.
Noun or pronoun + participle + modifiers Resembles a clause, but its verb can’t stand alone (it is not a “finite” verb) Examples: Her eyes on the clock, Lisa waited for her shift to end. He looked different, his face expressing worry.

15 Write one sentence with an absolute phrase. Underline it.

17 Sentence Types Simple: Some students prefer to do their homework in the morning. Compound: Tina had to work tonight, but Alex took the night off. Complex: When he finished his work, he forgot to put his name on it. Compound-complex: The animal was scared, but it was also angry, since it had been cornered. 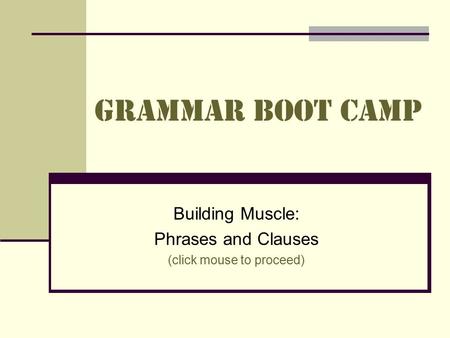 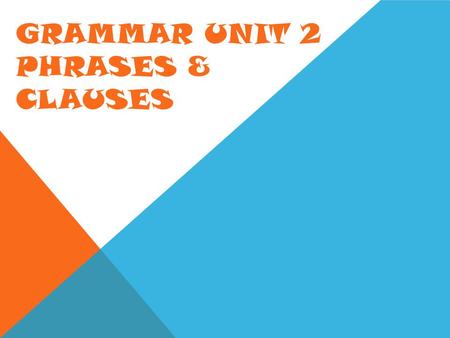 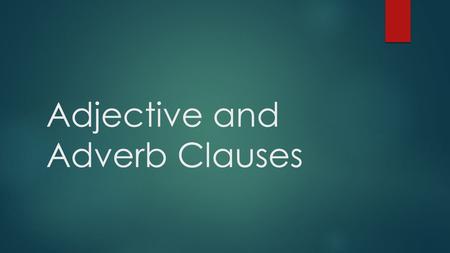 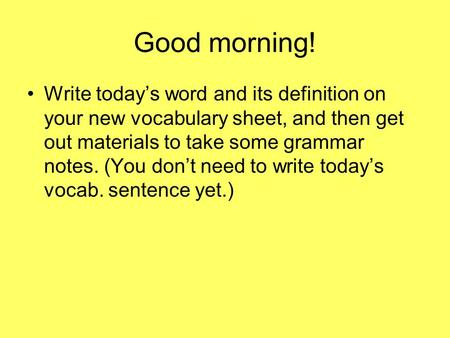 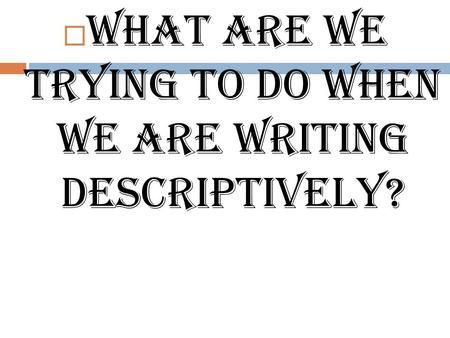