3 Hemispheres Geographers divide Earth into halves.
These halves are called hemispheres. “Hemi” means half in Greek. Earth can be divided into Northern and Southern hemispheres or into Eastern and Western hemispheres.

4 The Equator The Equator (0° Latitude) divides the Earth into Northern and Southern hemispheres.

5 Actual Photos from the Equator
São Tomé and Príncipe

8 Continents Continents are the largest areas of land on our planet.
Geographers identify seven continents.

9 Oceans Ocean water covers more than 70% of Earth.
The ocean is really just one big body of water. But, geographers usually divide it into FIVE oceans. The Atlantic, Pacific, Indian, Arctic, Southern oceans.

10 The 7 Continents and 5 Oceans
Southern Ocean

11 World Map Activity Take a blank world map.
Place it in the class notes section of your binder. Take one or two colored pencils/markers. Wait for instructions on which specific labels to add to your map.

12 World Map Activity 1st: Label the largest continent.
Which one is the largest? Asia! Label Asia on your maps.

13 World Map Activity 2nd: Label the smallest continent. Which one is it?
Australia! Label Australia on your maps.

14 World Map Activity 3rd: Locate the United States. Within its borders label the two hemispheres in which it is located. Which hemispheres are they? The Northern and Western hemispheres. Label these inside the U.S on your maps.

15 World Map Activity 4th: Locate Africa. Within its borders, label the hemispheres in which it is located. Which ones are they? ALL OF THEM! Parts of Africa are in the Northern, Southern, Eastern, and Western hemispheres. Label these inside of Africa on your maps.

16 World Map Activity 5th: Label the continent directly north of Africa.
Which one is it? Europe! Label Europe on your maps.

18 World Map Activity 7th: Label the 3 continents that the equator runs through. Which ones are they? South America Africa Asia Label them on your maps.

23 World Maps You should now have 7 continents and 4 oceans labeled on your maps in addition to the hemispheres written inside the U.S and Africa. Keep this map in the class notes section of your binder! PowerPoint Created by Christine Curcuru 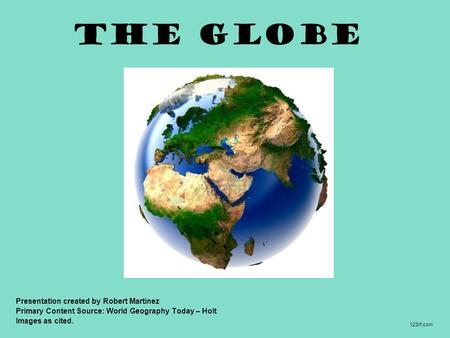