3 Elvis was born on January 8, 1935 died August 16, 1977 at age 42. Hometown was Tupelo, Mississippi. Moved to Memphis, Tennessee when he was in the 8 th grade. Died of heart failure caused by an overdose on prescription drugs.

4 His Performing style was Rockabilly His used a diversity of musical influences and created a sound that was never heard before. He would combine country singing with rhythm and blues He was known as “The king of rock and roll”

5 He got nicknamed “Elvis the Pelvis” for his swinging dance. Some of his influences were ballads, country and gospel music he would hear at church. He began his singing career in 1954 with Sun records label. His #1 hit was “Heartbreak hotel” and it was on the charts for 8 weeks

10 He appeared in more than 30 films 1945 met his wife Priscilla Beaulieu in Germany while he was in military duty. They had their only child (Lisa Marie Presley) in 1968. He got divorced in 1973

11 He started having weight problems late 1960’s Started becoming more dependent on prescription drugs. His Dr. was arrested for prescribing thousands of pills and narcotics illegally to him. His final performance was in Indianapolis at Market Square arena in June 26 1977.

12 Elvis was found dead in his Graceland mansion in 1977. Even after his death his success still continues, he is still being celebrated as a legend. His mansion is the top tourist attraction in Memphis and has attracted millions of visitors from around the world 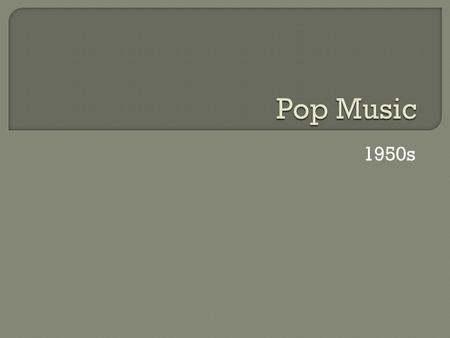 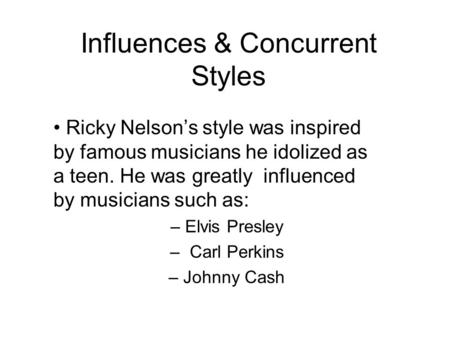 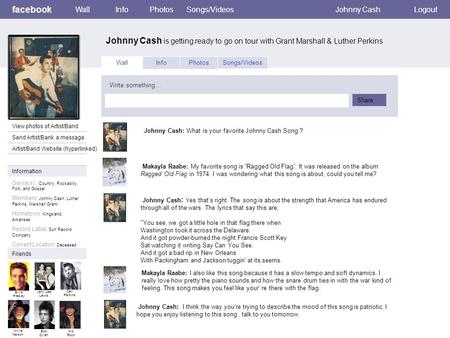 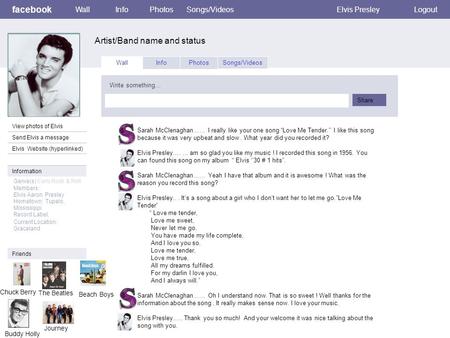