Surgical Department of Renhe Hospital of the Three Gorges University

3 What is Hydrocephalus? The term hydrocephalus is derived from the Greek words “hydro” meaning water and “cephalus” meaning head. As the name implies, it is a condition in which the primary characteristic is excessive accumulation of fluid in the brain. The excessive accumulation of cerebrospinal fluid (CSF) results in an abnormal dilatation of the spaces in the brain called ventricles. This dilatation causes potentially harmful pressure on the tissue of the brain.

4 What is Hydrocephalus? Also can be defined:
diverse group of conditions which result from impaired circulation and resorption CSF.

14 A flash of CSF circulation

16 A flash of CSF circulation

21 Causes of hydrocephalus
Acquired causes in infants and children Mass lesions account for 20% of all cases of hydrocephalus in children. Intraventricular hemorrhage Infections: Meningitis (especially bacterial) and cysticercosis Increased venous sinus pressure: related to achondroplasia, some craniostenoses, or venous thrombosis. Iatrogenic: Hypervitaminosis A, by increasing secretion of CSF or by increasing permeability of the blood-brain barrier Idiopathic

28 Clinical features Symptoms of NPH
Gait disturbance is usually the first symptom and may precede other symptoms by months or years. Dementia presents as an impairment of recent memory or as a "slowing of thinking." The degree can vary from patient to patient. Urinary incontinence presents as a lack of or diminished awareness of the need to urinate. Some patients may have urgency. Other symptoms that can occur include aggressive behavior, Parkinsonlike symptoms, and seizures.

31 Clinical features Sign of adults
Papilledema: If raised ICP is not treated, it will lead to optic atrophy. Failure of upward gaze and of accommodation indicates pressure on the tectal plate. Unsteady gait is related to truncal and limb ataxia. Spasticity in legs also causes gait difficulty. Large head: The head may have been large since childhood. Unilateral or bilateral sixth nerve palsy is secondary to increased ICP.

32 Clinical features Sign of NPH
Muscle strength is usually normal. No sensory loss is noted. Reflexes may be increased, and Babinski response may be found in 1 or both feet. Difficulty in walking varies from mild imbalance to inability to walk or to stand. Gait is characterized by short steps, inability to raise legs, and almost continuous activity in antigravity muscles. The patient cannot perform tandem walking and sways during Romberg test with eyes open or closed. Sucking and grasping reflexes appear in late stages.

43 Stenoses of the aqueduct of Sylvius due to malformation

48 Treatment of hydrocephalus
The main goal is to minimize or prevent brain damage by improving CSF flow. Main therapy: Medical treatment:To decrease the ICP or reduce the production of CSF with drugs. Surgical interventions.

49 Surgical interventions
Treating the causes:searching for and direct removal of the obstruction is the best strategy. Shunt procedure:the main ways are V-P shunt and V-A shunt, the most common is V-P shunt. Third Ventriculostomy

50 Shunt procedure A surgical shunt within the brain may allow CSF to bypass the obstructed area, if obstruction cannot be removed. 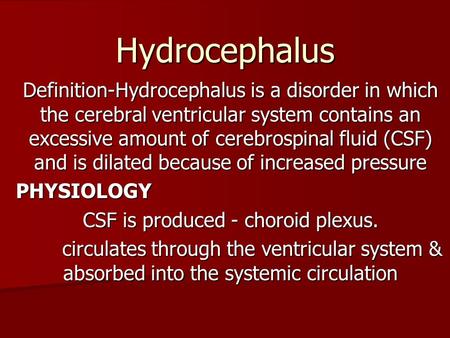 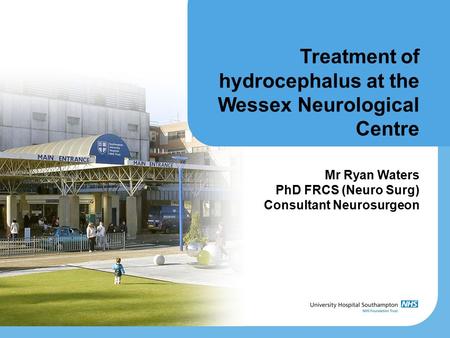 Treatment of hydrocephalus at the Wessex Neurological Centre 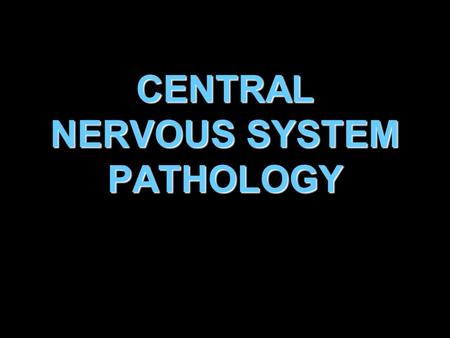 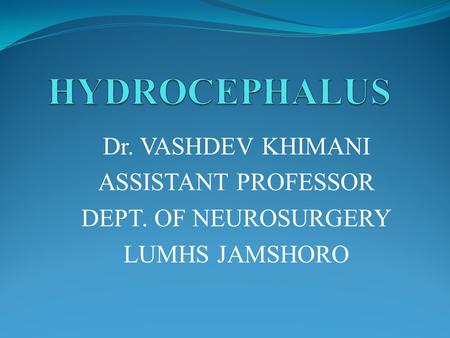 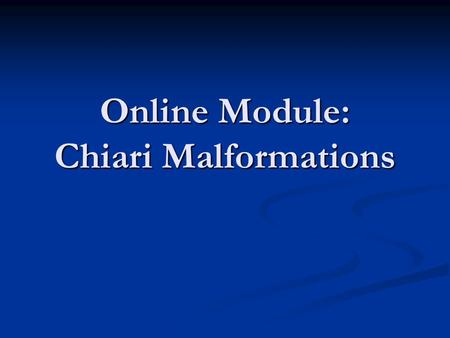 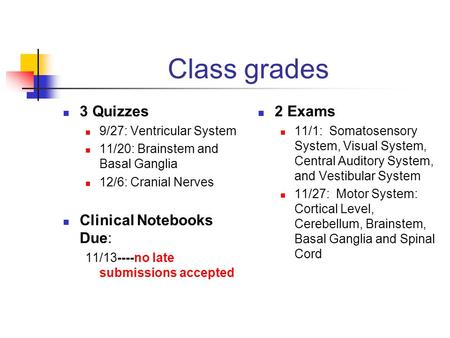 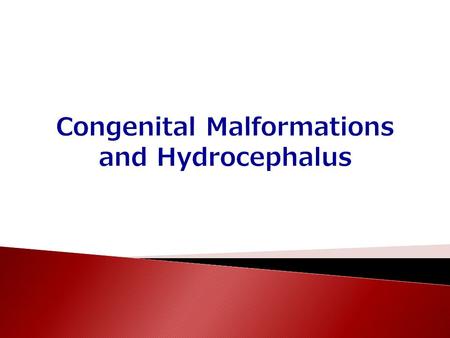 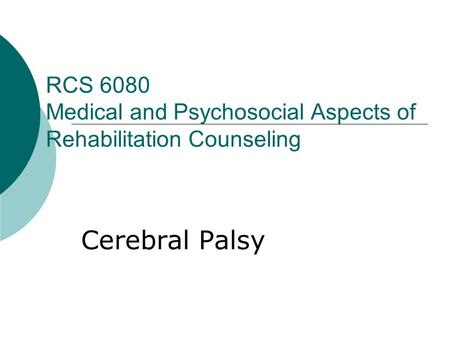 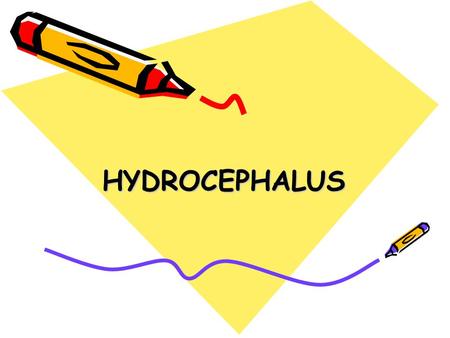 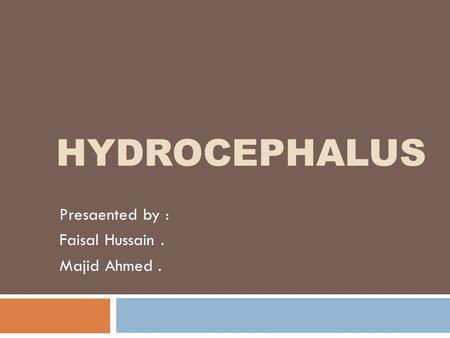 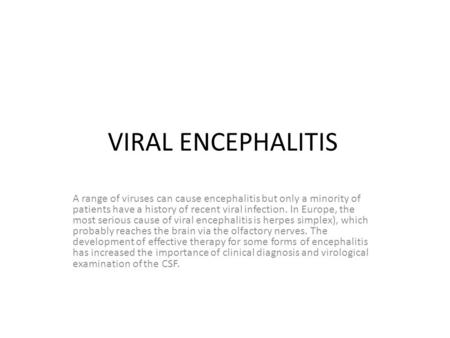 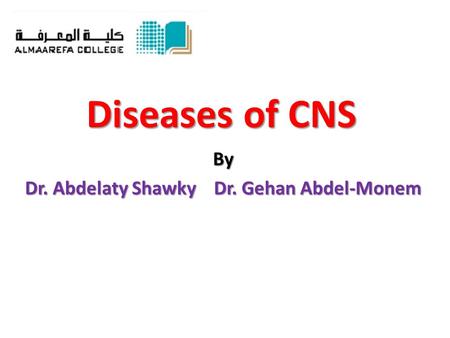 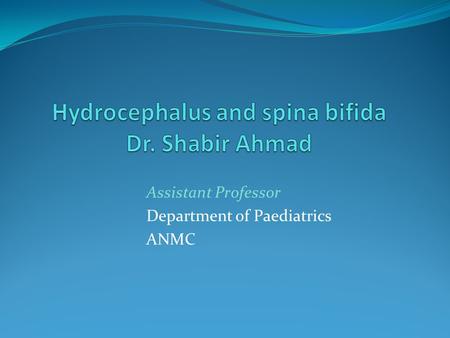 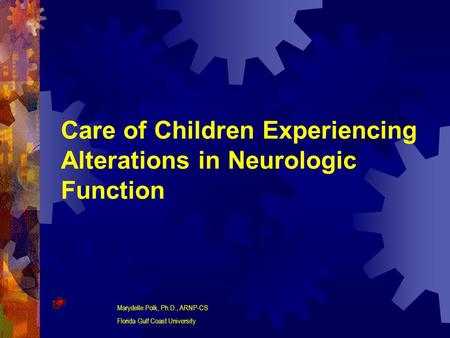 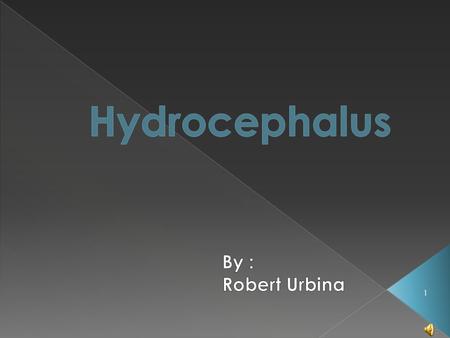 1.  Hydrocephalus is the buildup in the cavities (ventricles) deep within the brain. The excess fluid increases the size of the ventricles and puts extra. 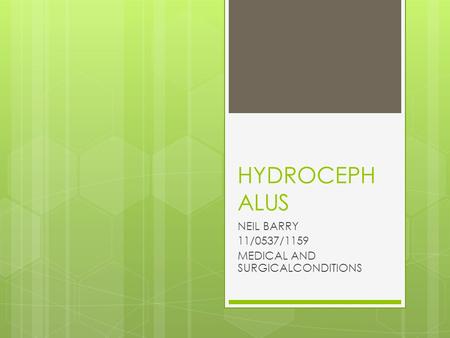 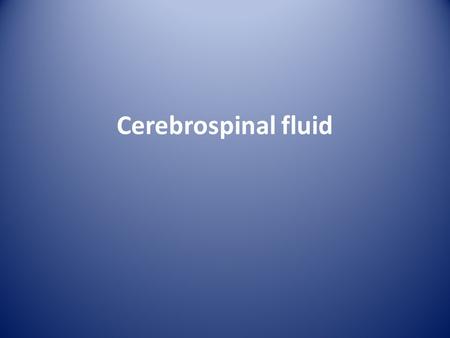 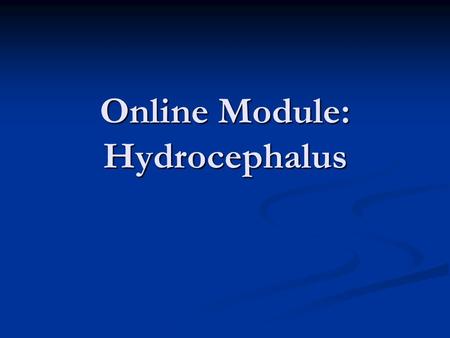 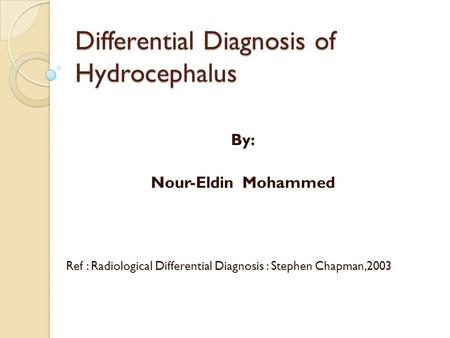