1 Using Marker Feedback to Improve Your Work: Using Sources and A Reasoned Argument Louise Livesey Academic Skills Adviser This workshop will... −Introduce the two types of sources and the process of choosing sources −Provide a basic overview of how to use quotations, paraphrases and summaries in your written work −Explain what a reasoned argument is and how to develop one

2 The Plan… 1.Reasons for using sources 2.Categories and types of sources 3.Choosing which source to use 4.Basics of quoting, paraphrasing and summarising 5.What a reasoned argument is 6.Taking a position

3 Feedback: Your reading for this assignment was limited What tutors want you use… sources to obtain a depth of knowledge and not just those on the reading list different types of sources a wide range of sources sources to support your arguments 1.Reasons for using sources

5 3.Choosing which source to use

6 Quotations: use when… the specific words are crucial to your point you make a very specific point you analyse or challenge the view expressed you need strong support/authority adding impact to an introduction/ conclusion 4.Basics of quoting, paraphrasing and summarising

7 Paraphrasing: use when… the wording of the source is less important than the meaning of the source you change the organization of ideas for emphasis simplifying complex arguments, sentences, or vocabulary. clarifying technical passages or specialized information 4.Basics of quoting, paraphrasing and summarising

8 Summarising: use when… the wording of the source is less important than the meaning of the source providing a brief overview of a text condensing the material omitting extra information from the source material to focus on the author’s main point/s simplifying complex arguments, sentences, or vocabulary. 4.Basics of quoting, paraphrasing and summarising

9 Quotation example: According to Roger Sipher, a solution to the perceived crisis of American education is to ‘abolish compulsory-attendance laws and allow only those who are committed to getting an education to attend’ (31). 4.Basics of quoting, paraphrasing and summarising

10 Paraphrasing: ‘Schools should be for education. At present, they are only tangentially so. They have attempted to serve an all- encompassing social function, trying to be all things to all people. In the process they have failed miserably at what they were originally formed to accomplish.’ Answer: Roger Sipher concludes his essay by insisting that schools have not been able to fulfil their primary duty of education because they try to fill multiple social functions. 4.Basics of quoting, paraphrasing and summarising

11 Summarising: Activity 2 Answer: Roger Sipher makes his case for getting rid of compulsory- attendance laws in primary and secondary schools with six arguments. These fall into three groups—first that education is for those who want to learn and by including those that don't want to learn, everyone suffers. Second, that grades would be reflective of effort and elementary school teachers wouldn't feel compelled to pass failing students. Third, that schools would both save money and save face with the elimination of compulsory-attendance laws. 4.Basics of quoting, paraphrasing and summarising

12 5. What a reasoned argument is Feedback: ‘your work is more descriptive than critical’ ‘there is not enough depth’ ‘you need more analysis’ ‘you’ve included too much description’ ‘you did not apply much critical thinking; need to use more critical analysis or thinking’ do not panic

14 5. What a reasoned argument is Engaging analytical thinking by  looking at something (whether tangible or conceptual) before you start your reading for your initial impressions  breaking it down into its constituent parts using analytical thinking of close observation Employing critical thinking by  asking questions of the origins of ideas, the assumptions behind the ideas, and the applicability of the ideas  evidencing your conclusions and findings from this questioning process.  keeping an open mind about the application of this knowledge to address a problem or answer a question

15 6. Taking a position 6 different ways of responding to any argument, theory, practice or concept. You can: Agree with it Reject or disagree with it Concede it has merits but needs qualifying Propose a new opinion Reconcile seemingly different (opposite?) stances Connect or synthesise to develop a new approach

18 Academic Skills Advice Service Where are we? Chesham Building B0.23 What do we do? Support undergraduate students with their academic skills by running clinics and workshops, having bookable appointment slots, and enabling students to drop-in for Instant Action. Who are we? Michael and Helen specialise in Maths Support; Lucy and Russell advise students on study skills; and I (Louise) deliver the workshops When can you come for help? Everyday both face to face and on-line How do I get in touch? Email: academic- skills@brad.ac.uk or website www.brad.ac.uk/academic- skillsacademic- skills@brad.ac.uk 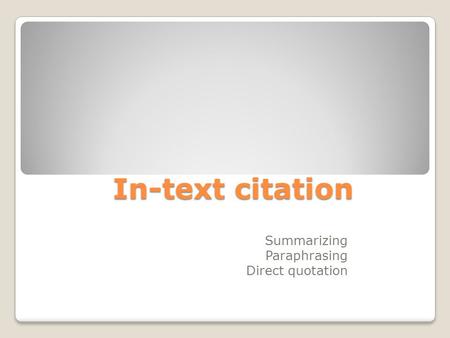 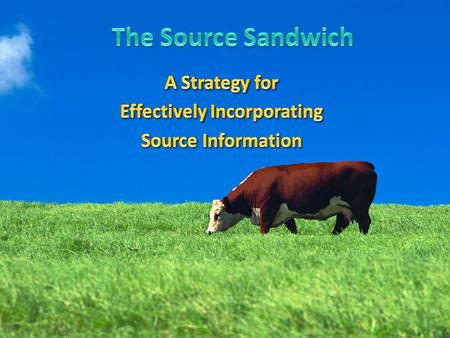 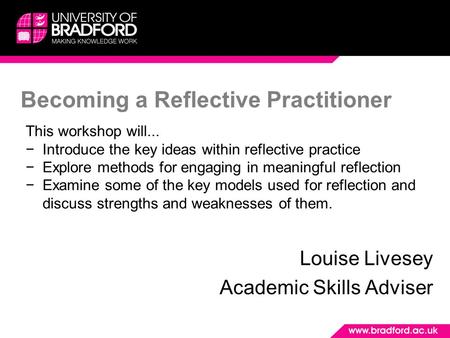 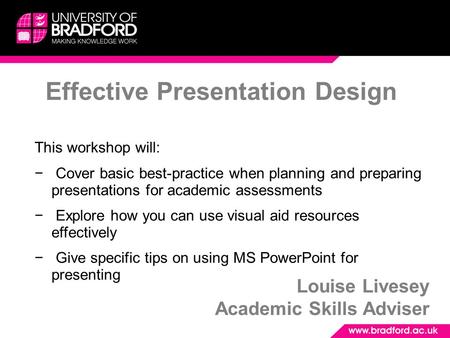 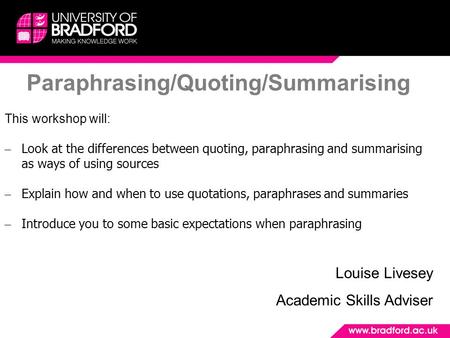 Paraphrasing/Quoting/Summarising This workshop will: – Look at the differences between quoting, paraphrasing and summarising as ways of using sources – 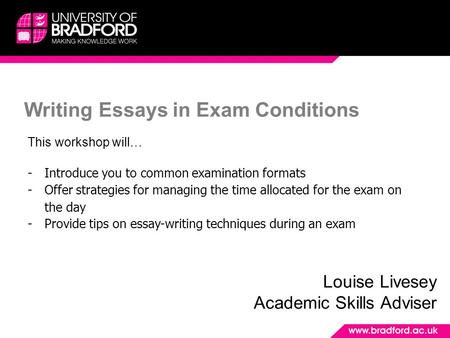 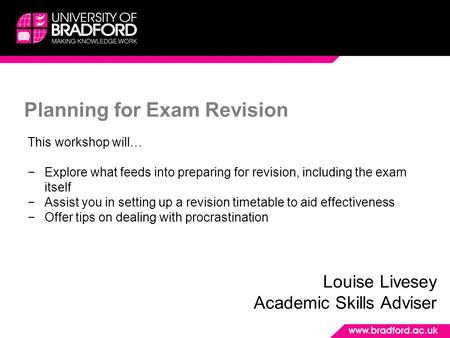 Planning for Exam Revision Louise Livesey Academic Skills Adviser This workshop will… −Explore what feeds into preparing for revision, including the exam. 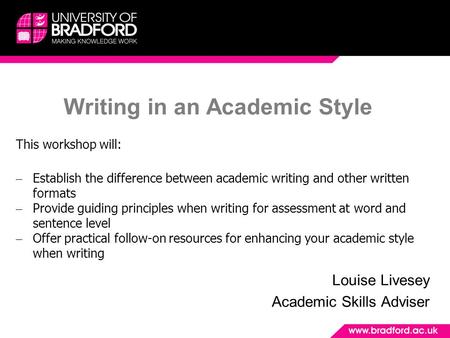 Writing in an Academic Style Louise Livesey Academic Skills Adviser This workshop will: – Establish the difference between academic writing and other written. 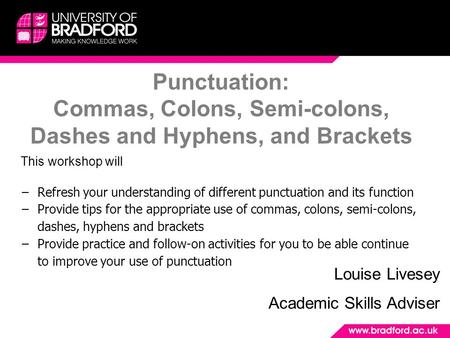 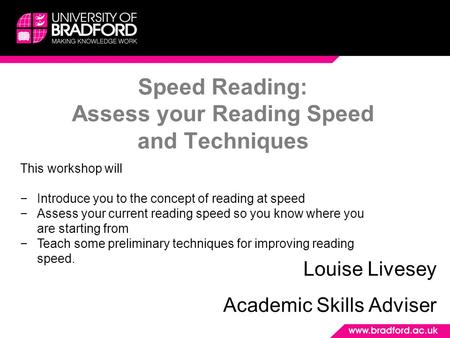 Speed Reading: Assess your Reading Speed and Techniques Louise Livesey Academic Skills Adviser This workshop will −Introduce you to the concept of reading. 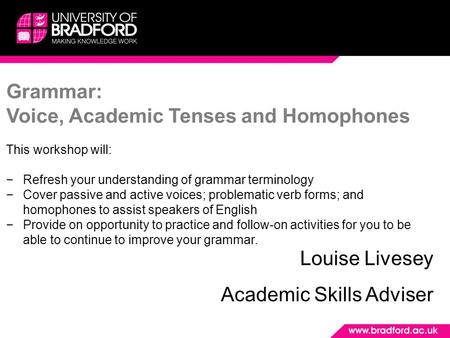 Grammar: Voice, Academic Tenses and Homophones This workshop will: −Refresh your understanding of grammar terminology −Cover passive and active voices; 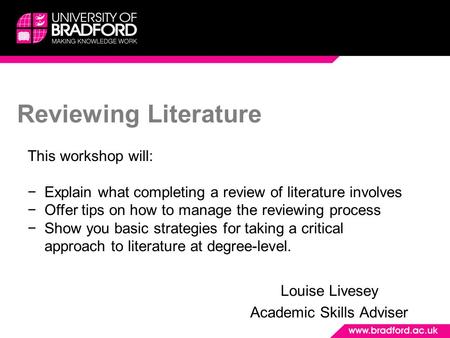 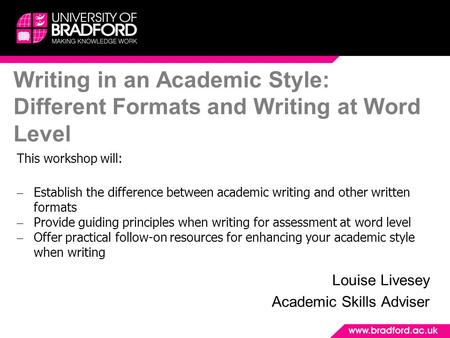 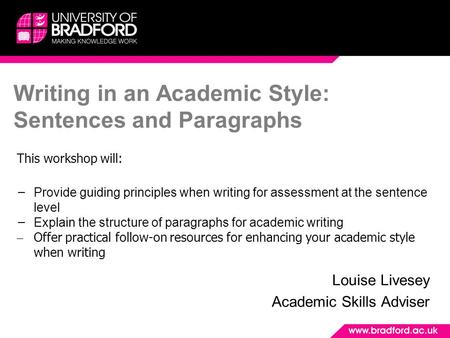 Writing in an Academic Style: Sentences and Paragraphs 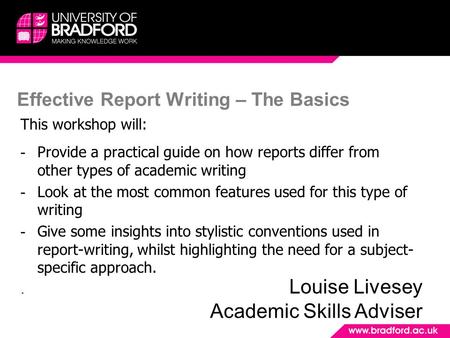 Effective Report Writing – The Basics This workshop will: - Provide a practical guide on how reports differ from other types of academic writing - Look. 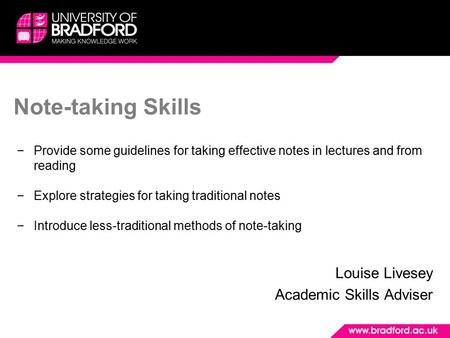 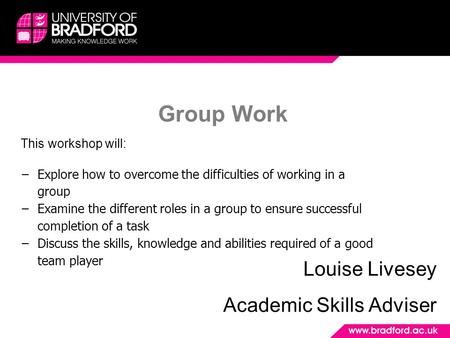 Group Work Louise Livesey Academic Skills Adviser This workshop will: −Explore how to overcome the difficulties of working in a group −Examine the different. 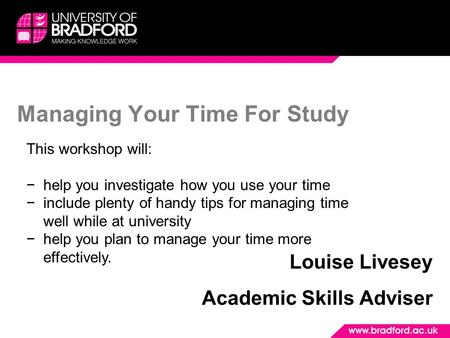 Managing Your Time For Study Louise Livesey Academic Skills Adviser This workshop will: −help you investigate how you use your time −include plenty of. 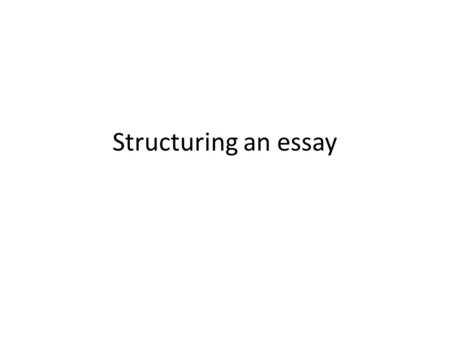 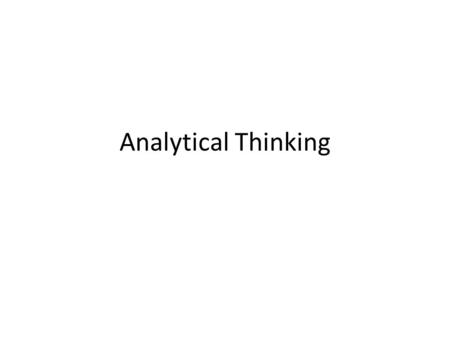