2 CYSTS OF JAWS DEFINITION:
Cysts are pathological fluid-filled cavities lined by epithelium Cysts are the most common cause of chronic swellings of the jaws. They are more common in jaws than in any other bone because of many rests of odontogenic epithelium remaining in the tissues.

7 ODONTOGENIC KERATOCYST (OKC)
Pathology: Odontogenic Keratocyst is derived from remnants of dental lamina Dental lamina: The bands of epithelium that originates from oral epithelium and remain in the tissues after inducing tooth development

9 RADIOGRAPHIC FEATURES
Odontogenic Keratocyst appear as well-defined radiolucent areas with a more or less rounded margins Some are Unilocular, but majority are Multiloculated

13 CLINICAL FEATURES RADIOGRAPHIC APPEARANCE
Usually remain asymptomatic, but produce swelling or pain ,If it is large or INFLAMMED More common in males as compared to females Uncommon in children RADIOGRAPHIC APPEARANCE Appear as well defined radiolucency surrounding the crown of an unerupted tooth In mandible, cyst may displace the associated tooth inferiorly into ascending ramus In maxilla, it displaces associated tooth posteriorly

15 TREATMENT Surgical ENUCLEATION
In case of a molar teeth, the associated tooth is usually extracted at the time when cyst is enucleated In case of maxillary CUSPID tooth, cyst may be excised by MARSUPILIZATION (surgical curettage of cyst by creating a surgical window in cyst area)

17 CLINICAL FEATURES AND TREATMENT
Affects children and involve teeth that have no predecessors (deciduous teeth) Cyst lies superficially in gingiva overlying the unerupted tooth Appears as a soft, rounded, bluish swelling MANAGEMENT: Cyst roof may be removed to allow the tooth to erupt, but most eruption cysts burst spontaneously and require no treatment 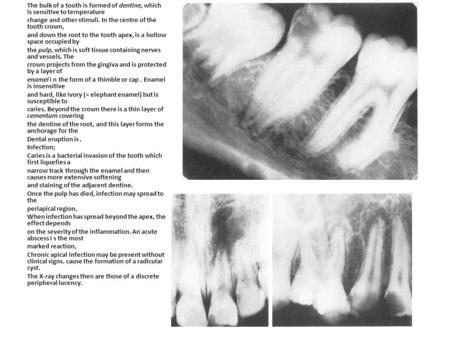 The bulk of a tooth is formed of dentine, which is sensitive to ternperature change and other stimuli. In the centre of the tooth crown, and down the root. 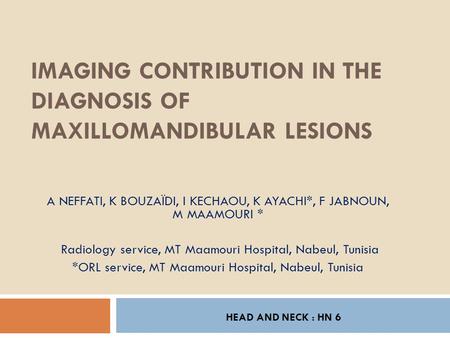 IMAGING CONTRIBUTION IN THE DIAGNOSIS OF MAXILLOMANDIBULAR LESIONS 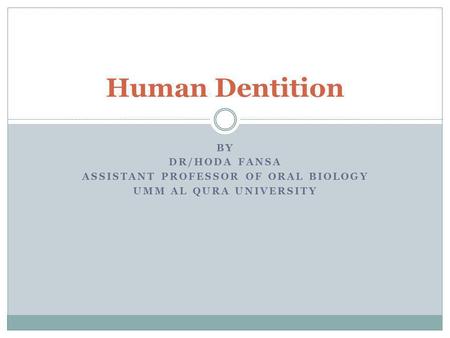 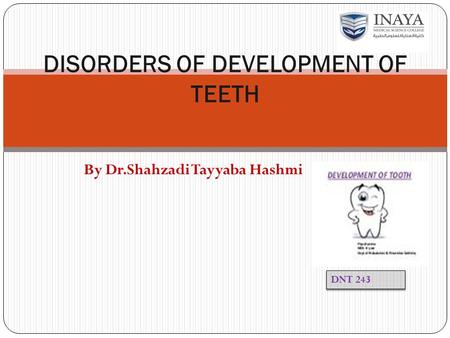 DISORDERS OF DEVELOPMENT OF TEETH 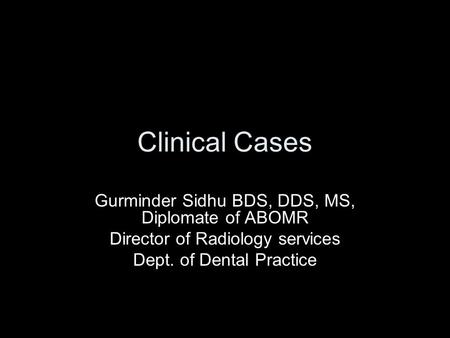 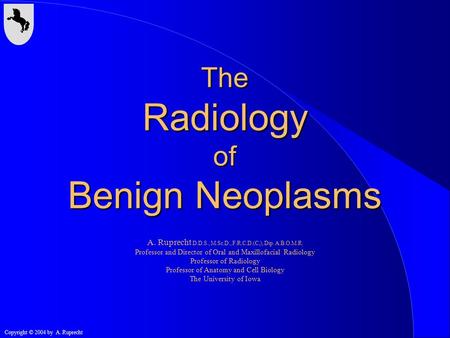 The Radiology of Benign Neoplasms 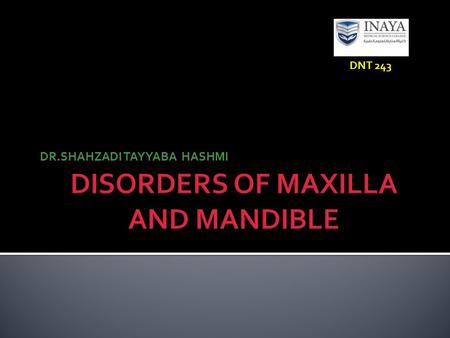 DISORDERS OF MAXILLA AND MANDIBLE 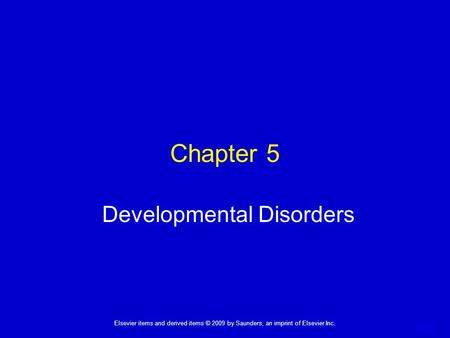 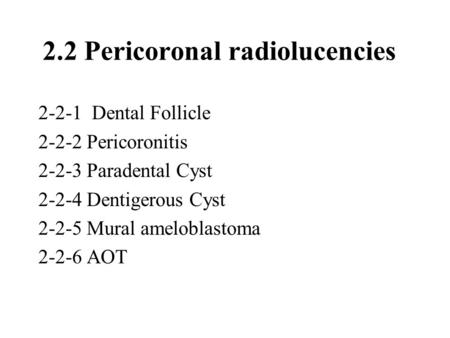 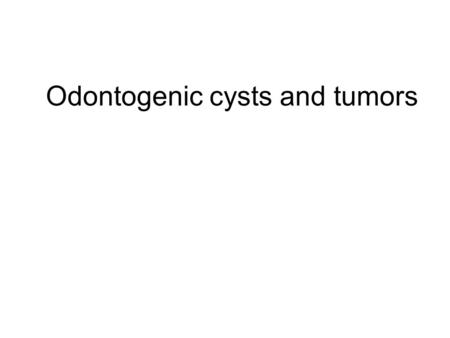 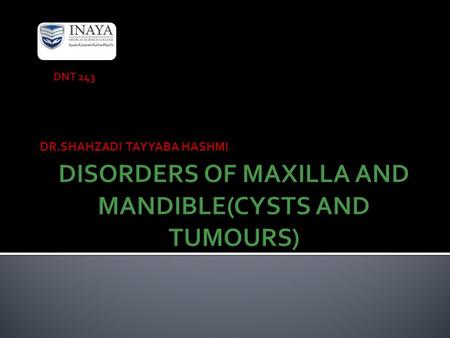 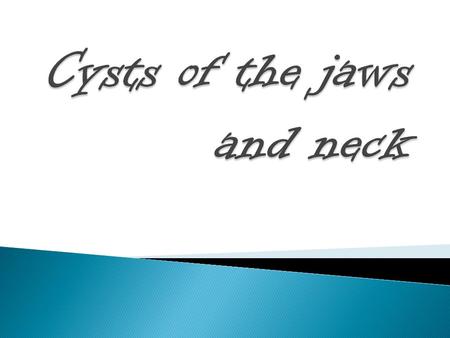 Cysts of the jaws and neck 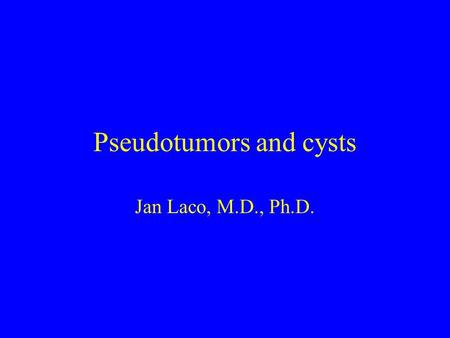 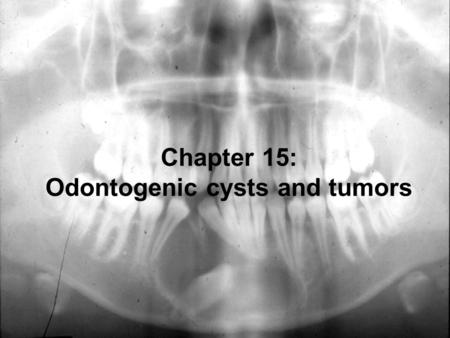 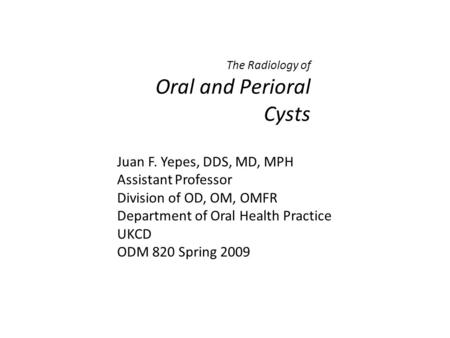 The Radiology of Oral and Perioral Cysts 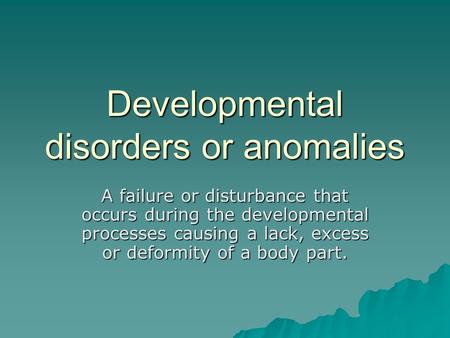 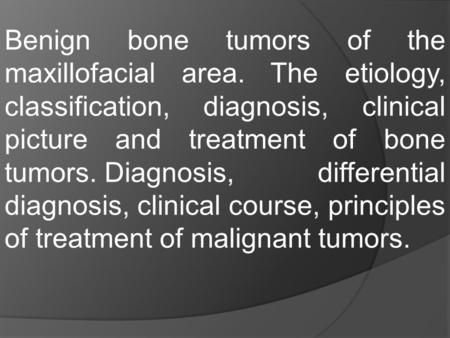 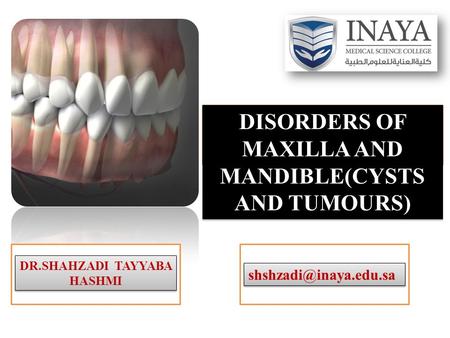 DISORDERS OF MAXILLA AND MANDIBLE(CYSTS AND TUMOURS) DR.SHAHZADI TAYYABA HASHMI 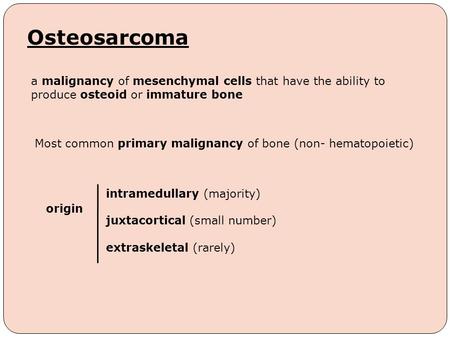 Osteosarcoma Most common primary malignancy of bone (non- hematopoietic) a malignancy of mesenchymal cells that have the ability to produce osteoid or. 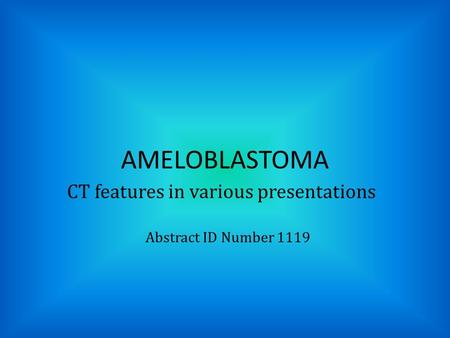