5 Settlement has many advantages Reduced cost (trials are expensive) Agree to terms that the court cannot order absent an agreement, but once agreed-upon, will be legally enforceable – Post-majority child support – Non-modifiable periodic alimony

6 Settlement Agreements Careful drafting required Interpretation issues as in any other form of contract Unilateral mistakes (failure to fully examine all facts before agreeing) will not result in agreement being invalidated. See In re Marriage of Manzo in casebook Unconscionable agreements remain subject to invalidation

7 What is unconscionable? An absence of meaningful choice on the part of one of the parties together with contract terms which are unreasonably favorable to the other party Will either of these alone be sufficient for a finding of unconscionability in the context of a divorce settlement/separation agreement?

8 Uniform Marriage and Divorce Act (UMDA) Review the circumstances surrounding the agreement for fraud, overreaching, sharp dealing, or concealment of assets Examine the economic circumstances of the parties resulting from the agreement

9 Merged or Not Merged? A separation agreement that is “merged” into a divorce judgment loses it character as a separately enforceable contract. Enforced as court judgment, which might also render some terms inherently modifiable, such as alimony (Goldman v Goldman in casebook) An agreement incorporated but not merged will retain its separate status as a legally enforceable contract

10 Advantages of Non-Merger Separate basis to enforce terms using contract law Can render certain provisions, such as alimony, non-modifiable even if state law permits alimony to be modified upon changed circumstances

11 Advantages of Merger Enforcement may have greater options, such as contempt of court May make agreement harder to challenge because most states provide only very narrow grounds for attacking the validity of a court order or judgment (narrower than ground allowed for challenging a contract – see Jorgensen v Jorgensen in casebook) – Extrinsic fraud required in many states – Others allow Rule 60(b)- type relief for fraud, mistake, surprise, excusable neglect, inadvertence

12 Attorney concerns Representation by counsel at the time the agreement was negotiated makes it harder to argue that the agreement be vacated No one attorney can represent the interests of both spouses, so those agreements drafted with the participation of only one attorney, even if he/she met with both spouses, are more likely to be successfully challenged

15 Florida law Fl Stat § 44.102(2)(c): In circuits in which a family mediation program has been established and upon a court finding of a dispute, shall refer to mediation all or part of custody, visitation, or other parental responsibility issues as defined in s. 61.13. Upon motion or request of a party, a court shall not refer any case to mediation if it finds there has been a history of domestic violence that would compromise the mediation process.s. 61.13

17 Florida Family Mediation 44.1011(2)(d): "Family mediation" which means mediation of family matters, including married and unmarried persons, before and after judgments involving dissolution of marriage; property division; shared or sole parental responsibility; or child support, custody, and visitation involving emotional or financial considerations not usually present in other circuit civil cases. Negotiations in family mediation are primarily conducted by the parties. Counsel for each party may attend the mediation conference and privately communicate with their clients. However, presence of counsel is not required, and, in the discretion of the mediator, and with the agreement of the parties, mediation may proceed in the absence of counsel unless otherwise ordered by the court. [Emphasis added.]

20 What about the children? Trend it toward permitting arbitration of child support issues A few states permit arbitration of custody and visitation issues, but build-in enhanced judicial review of arbitrators custody/visitation award to assure that child’s best interests are met (consistent with court’s role as parens patriae, see Faherty v Faherty in casebook)

22 Arbitration Rules AAA (American Arbitration Association) rules often agreed upon in the absence of specific state rules or statutes Some states have adopted special family law arbitration statutes or rules Those that have not use the Uniform Arbitration Act (which does not exclude family law matters, including custody)

23 Sample Family Law Arbitration Statute (MI) Parties may stipulate to binding arbitration by a signed agreement that specifically provides for an award with respect to 1 or more of the following issues: (a) Real and personal property. (b) Child custody. (c) Child support, subject to the restrictions and requirements in other law and court rule as provided in this act. (d) Parenting time. (e) Spousal support. (f) Costs, expenses, and attorney fees. (g) Enforceability of prenuptial and postnuptial agreements. (h) Allocation of the parties' responsibility for debt as between the parties. (i) Other contested domestic relations matters.

24 Qualifications of Arbitrators Anyone agreed upon by the parties If court appointed must meet all of the following qualifications: (a) Is an attorney in good standing with the state bar of Michigan. (b) Has practiced as an attorney for not less than 5 years before the appointment and has demonstrated an expertise in the area of domestic relations law. (c) Has received training in the dynamics of domestic violence and in handling domestic relations matters that have a history of domestic violence.

25 Record (Transcript) of Arbitration A record shall not be made of an arbitration hearing under this chapter. If a record is not required, an arbitrator may make a record to be used only by the arbitrator to aid in reaching the decision. The parties may provide in the arbitration agreement that a record be made of those portions of a hearing related to 1 or more issues subject to arbitration. A record shall be made of that portion of a hearing that concerns child support, custody, or parenting time in the same manner required by the Michigan court rules for the record of a witness's testimony in a deposition.

27 Trends Will see more states expressly authorize arbitration of family law disputes Enhanced review of child-related issues will be a feature of all or nearly all new statutes (Why? Court’s responsibility for the welfare of children of divorce. Private arbitrators not generally held to same standard as a trial court) 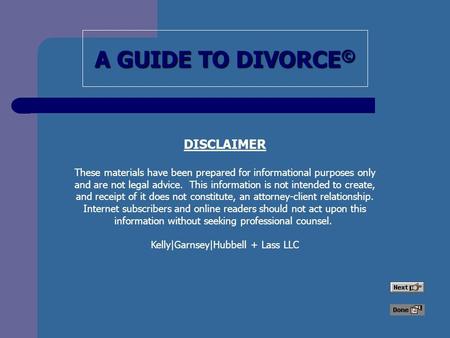 A GUIDE TO DIVORCE © DISCLAIMER These materials have been prepared for informational purposes only and are not legal advice. This information is not intended. 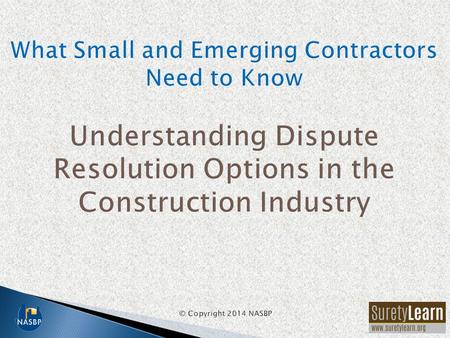 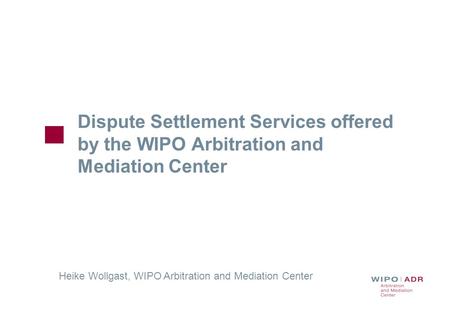 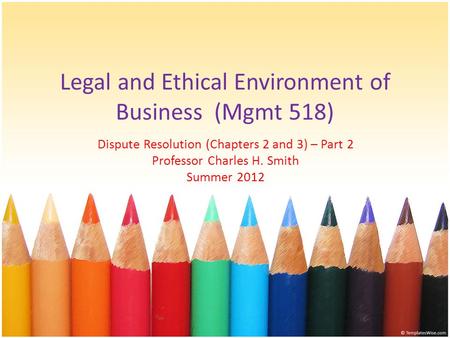 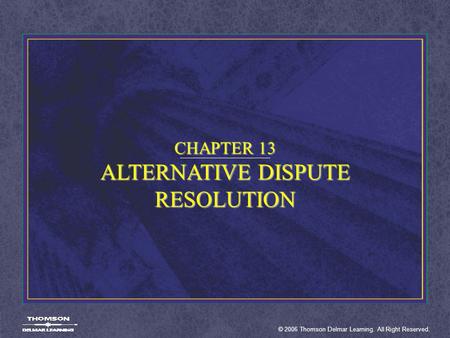 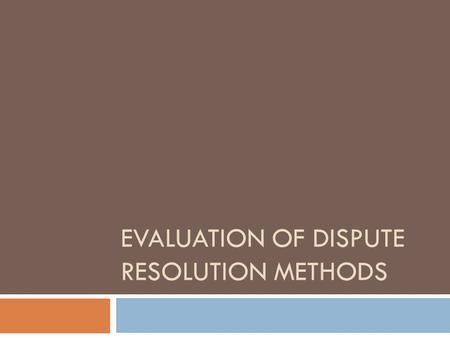 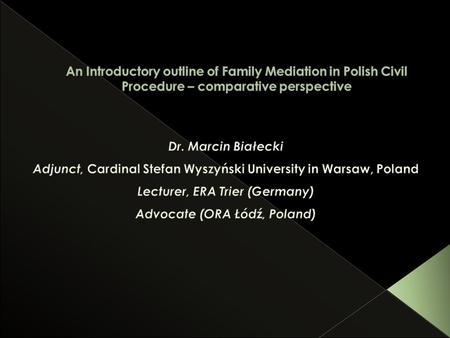 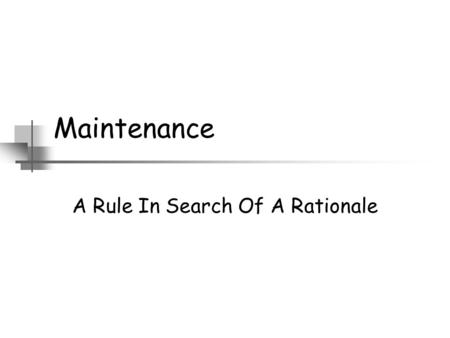 Maintenance A Rule In Search Of A Rationale. Legislative Proposition R.S. Mo is hereby repealed. 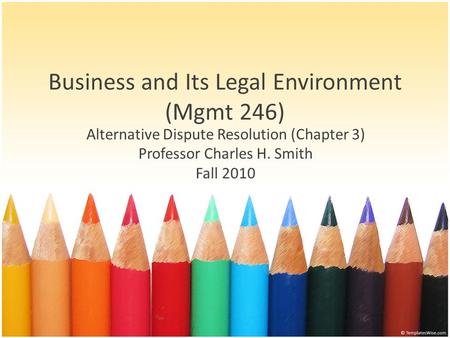 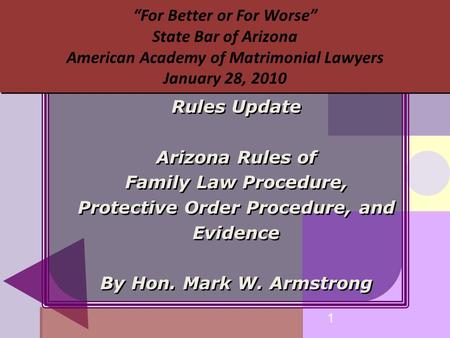 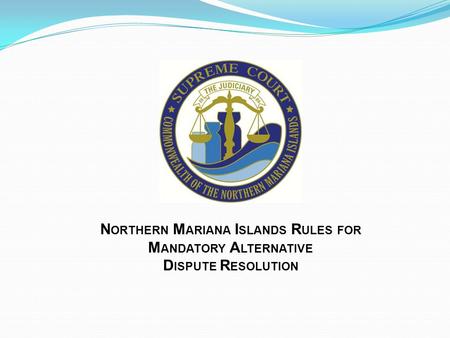 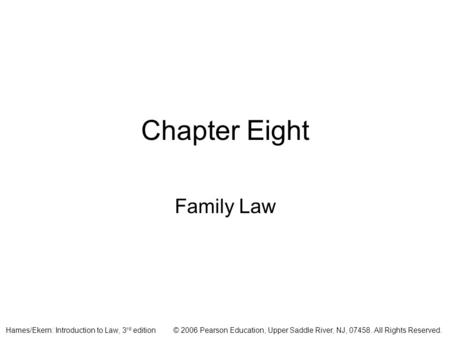 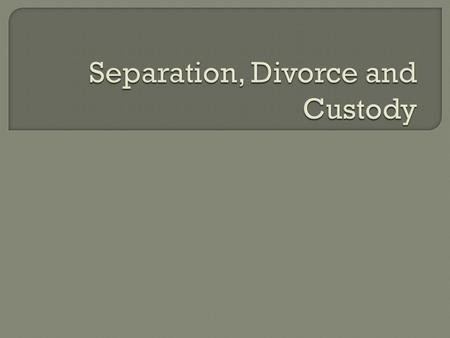 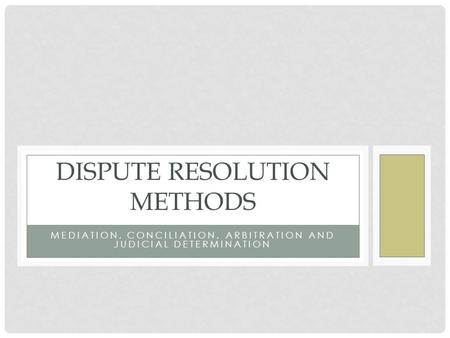 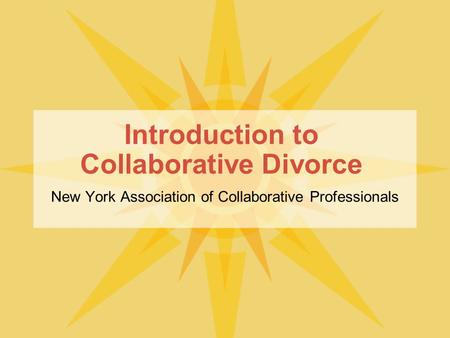 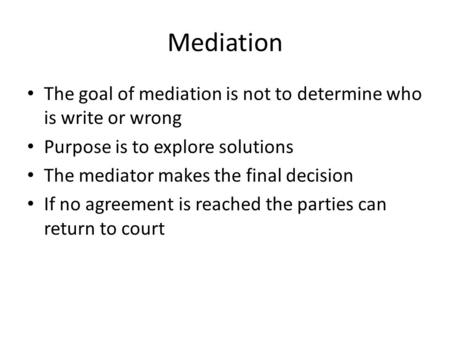 Mediation The goal of mediation is not to determine who is write or wrong Purpose is to explore solutions The mediator makes the final decision If no agreement. 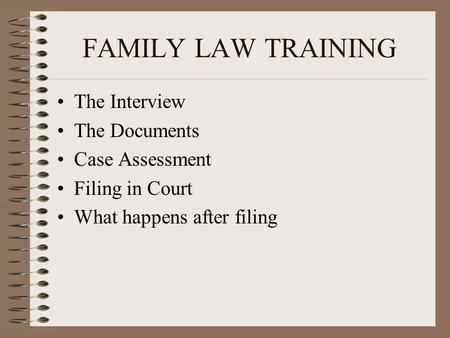 FAMILY LAW TRAINING The Interview The Documents Case Assessment Filing in Court What happens after filing. 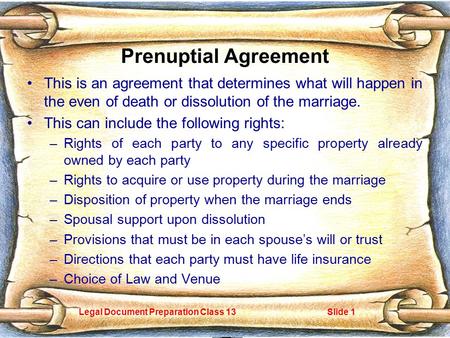 Legal Document Preparation Class 13Slide 1 Prenuptial Agreement This is an agreement that determines what will happen in the even of death or dissolution. 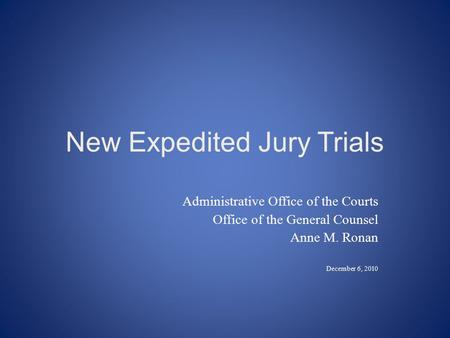