Presentation on theme: " Protons, neutrons, electrons too  Make up the atoms all around you!"— Presentation transcript:

1  Protons, neutrons, electrons too  Make up the atoms all around you!

3  Electrons – negatively charged particles found in orbitals outside the nucleus (electron cloud): determines the reactivity of the atom: have virtually no mass ( 1/1840 amu)  Sum of protons and neutrons gives the mass number (weight) of the atom  amu is based on 1/12 of the carbon-12 atom – a reference isotope

4  What’s an isotope?  Atoms of the same element having different numbers of neutrons (therefore different masses) are called isotopes.  They have the same number of protons (identity stays the same).

6  Ex. Hydrogen has 3 isotopes  hydrogen – 1, hydrogen – 2, and hydrogen -3  May be represented several ways.  H-1, hydrogen-1, 1 H 1, 1 H, (nuclide)  Mass number as a superscript and atomic number as a subscript. May see both on the left side of element symbol.  Which do you think is the most abundant isotope? (hint: look at the periodic table)

7  Mass number on the periodic table is actually the average atomic mass – a weighted average based on the percent abundance of the naturally occurring isotopes. That’s why they almost always have decimals!  A mass number is usually a whole number, sum of protons and neutrons – can’t have just a piece of a neutron or proton in an atom.

Download ppt " Protons, neutrons, electrons too  Make up the atoms all around you!" 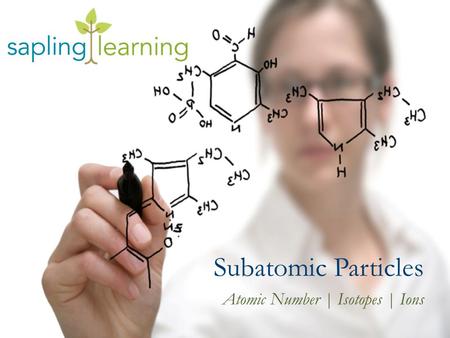 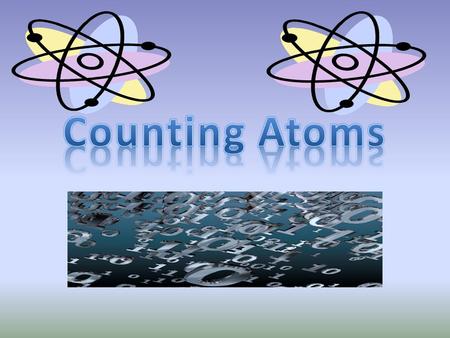 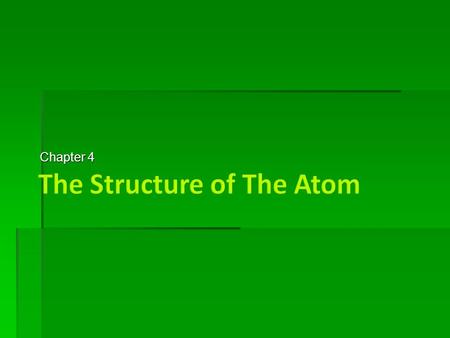 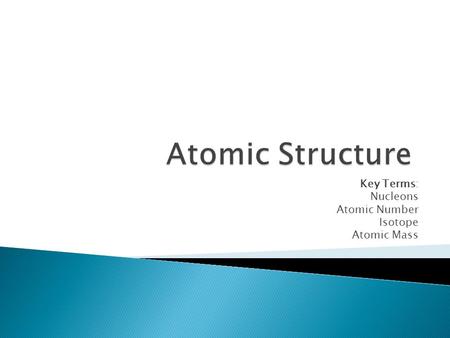 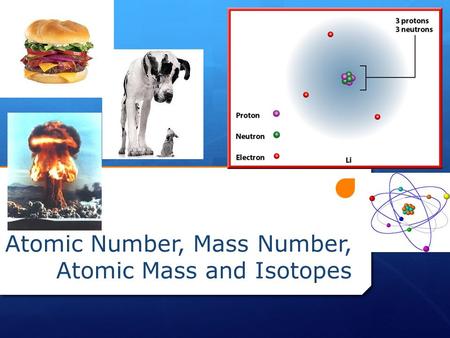 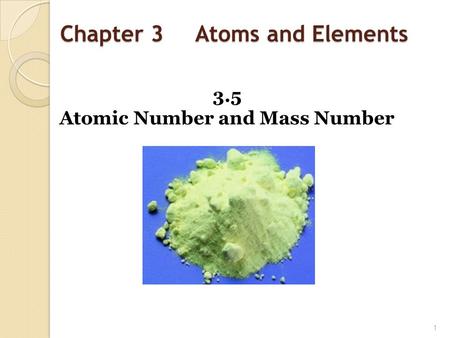