15 Lowell System Francis Cabot Lowell created a new system of mill manufacturing in 1814, called the Lowell system. The Lowell system involved Employing young, unmarried women, who were housed in boardinghouses Providing clean factories and free-time activities for its employees Having mills that included both spinning thread and weaving in the same plant

23 The Steamboat The Steamboat
Robert Fulton invented the steamboat, testing the Clermont in 1807. Steamboats increased trade by moving goods more quickly and more cheaply. More than 500 steamboats were in use by 1840.

25 Railroads Steam-powered trains had been developed in Great Britain, but it took 30 years for the idea to catch on in the United States. About 30,000 miles of railroads linked American cities by 1860. The U.S. economy surged as railroads moved goods cheaply to distant markets.

26 Peter Cooper raced his Tom Thumb locomotive against a horse in 1830, proving its power and speed despite losing because of a breakdown near the end of the race.

28 Transportation Revolution Brings Changes to Life and Industry
People in all areas of the nation had access to products made and grown far away. Railroads contributed to the expansion of the nation’s borders. Railroads helped the lumber industry grow leading to large-scale deforestation. Cities and towns grew up along railroad tracks. Chicago, which became a transportation hub.

31 The Telegraph In 1832, Samuel F. B. Morse perfected the telegraph—a device that could send information over wires. The device did not catch on until the 1844 Democratic National Convention, when the nomination was telegraphed to Washington. The telegraph grew with the railroad; the first transcontinental railroad line was completed in 1861.

33 A Morse associate created Morse code to communicate messages over the wires.
Morse code turned pulses of electric current into long and short clicks. Clicks, also called dots and dashes, were arranged in patterns representing letters of the alphabet.

37 Cyrus McCormick developed a mechanical reaper in 1831, which quickly and efficiently harvested wheat. McCormick used a new method to encourage sales, advertising. He also allowed people to buy on credit and provided repairs and spare parts for his machines. 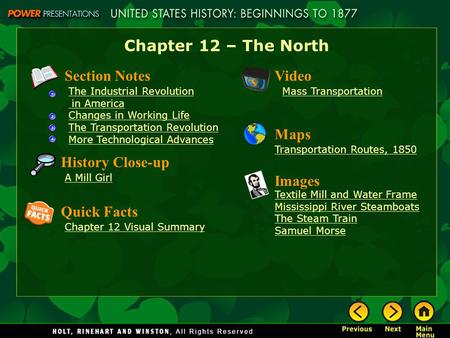 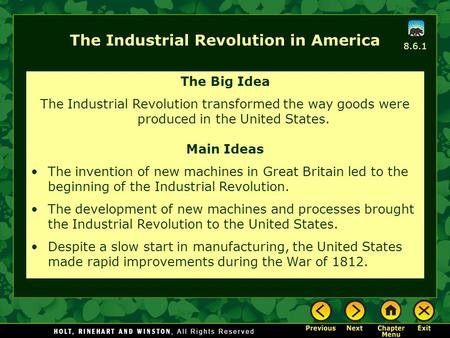 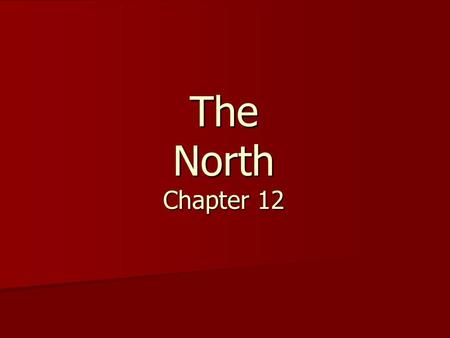 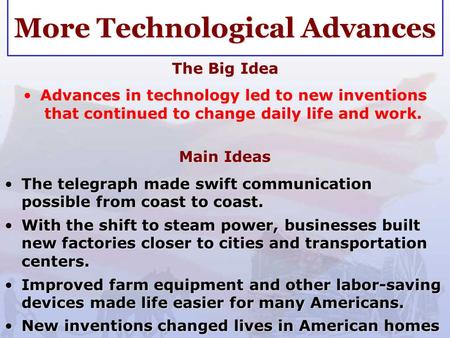 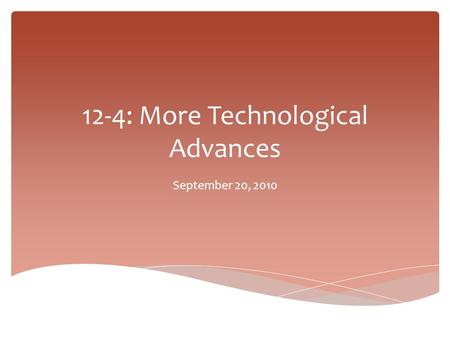 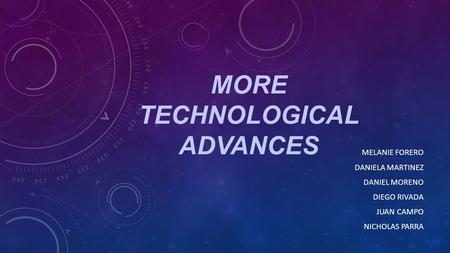