4 Exponents Exponents that are natural numbers are shorthand notation for repeating factors. 34 = 3 • 3 • 3 • 3 3 is the base 4 is the exponent (also called power) Note by the order of operations that exponents are calculated before other operations.

15 Negative Exponents Using the quotient rule from section 3.1,
But what does x -2 mean?

16 Negative Exponents So, in order to extend the quotient rule to cases where the difference of the exponents would give us a negative number we define negative exponents as follows. If a  0, and n is an integer, then

17 Simplifying Expressions
Example Simplify by writing each of the following expressions with positive exponents or calculating. Remember that without parentheses, x is the base for the exponent –4, not 2x

18 Simplifying Expressions
Example Simplify by writing each of the following expressions with positive exponents or calculating. Notice the difference in results when the parentheses are included around 3.

38 Adding and Subtracting Polynomials
In the previous examples, after discarding the parentheses, we would rearrange the terms so that like terms were next to each other in the expression. You can also use a vertical format in arranging your problem, so that like terms are aligned with each other vertically.

47 Multiplying Polynomials
You can also use a vertical format in arranging the polynomials to be multiplied. In this case, as each term of one polynomial is multiplied by a term of the other polynomial, the partial products are aligned so that like terms are together. This can make it easier to find and combine like terms.

53 Special Products Although you will arrive at the same results for the special products by using the techniques of this section or last section, memorizing these products can save you some time in multiplying polynomials.

55 Dividing Polynomials Dividing a polynomial by a monomial Example
Divide each term of the polynomial separately by the monomial. Example

56 Dividing Polynomials Dividing a polynomial by a polynomial other than a monomial uses a “long division” technique that is similar to the process known as long division in dividing two numbers, which is reviewed on the next slide.

58 Dividing Polynomials As you can see from the previous example, there is a pattern in the long division technique. Divide Multiply Subtract Bring down Then repeat these steps until you can’t bring down or divide any longer. We will incorporate this same repeated technique with dividing polynomials. 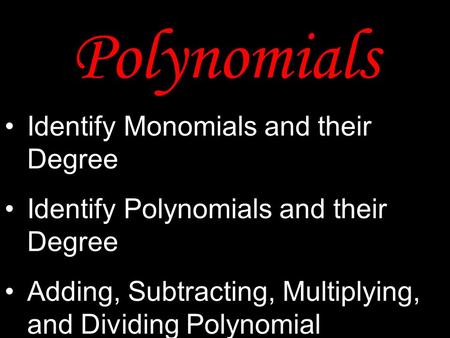 Polynomials Identify Monomials and their Degree 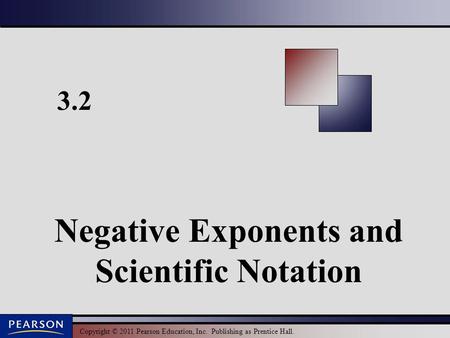 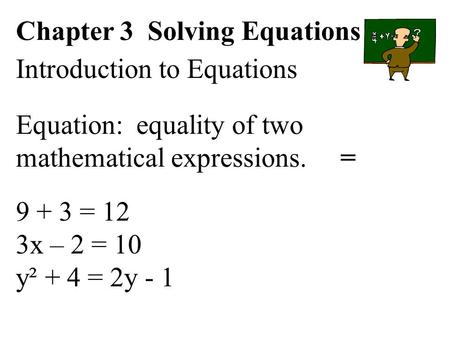 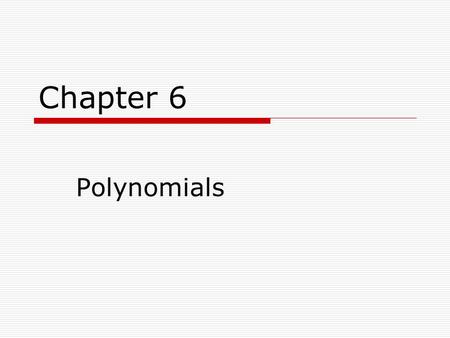 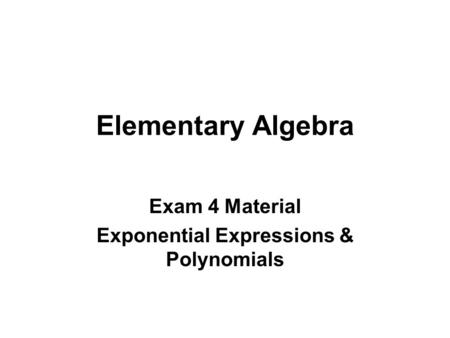 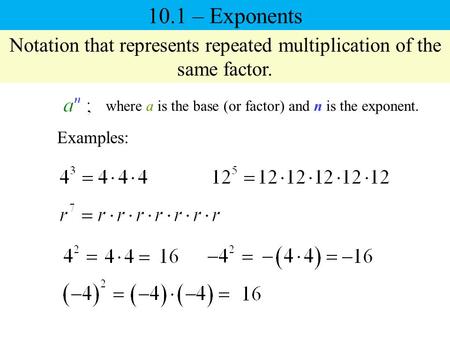 10.1 – Exponents Notation that represents repeated multiplication of the same factor. where a is the base (or factor) and n is the exponent. Examples: 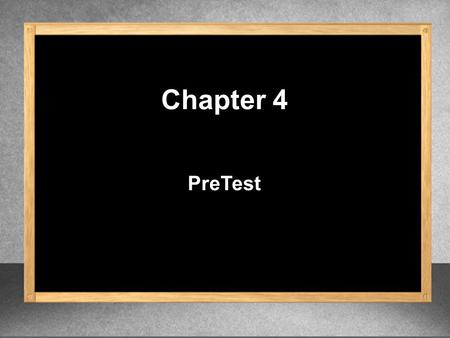 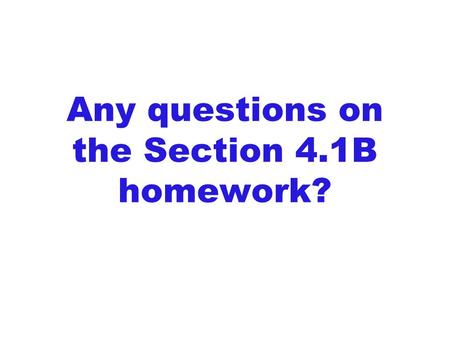 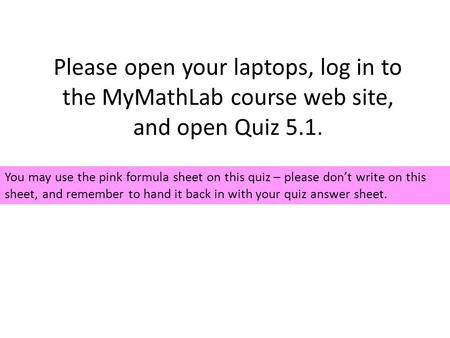 Please open your laptops, log in to the MyMathLab course web site, and open Quiz 5.1. You may use the pink formula sheet on this quiz – please don’t write. 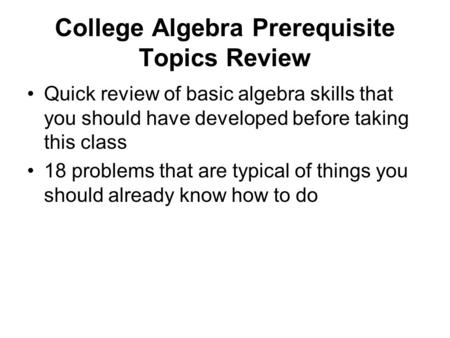 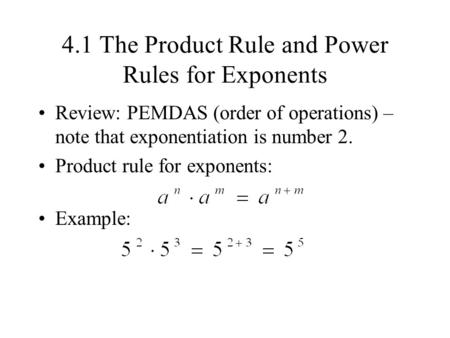 4.1 The Product Rule and Power Rules for Exponents 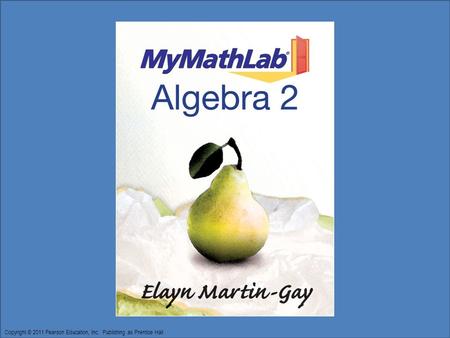 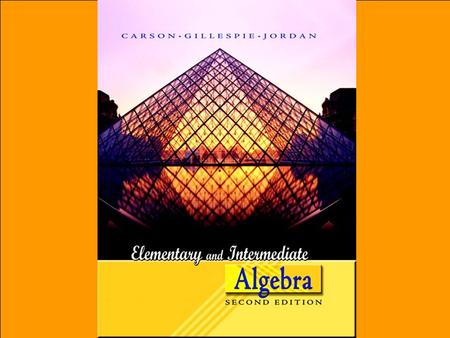 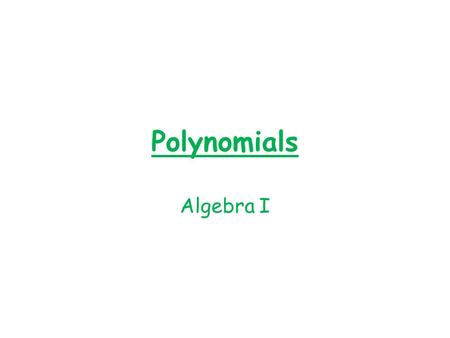 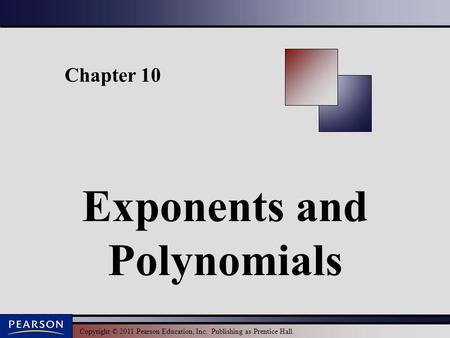 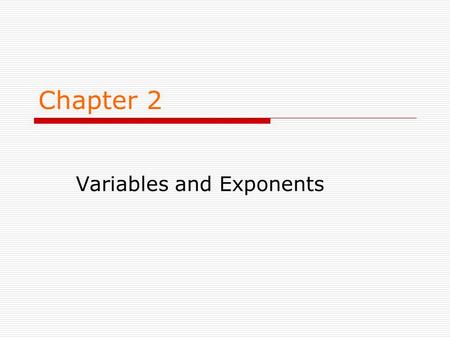 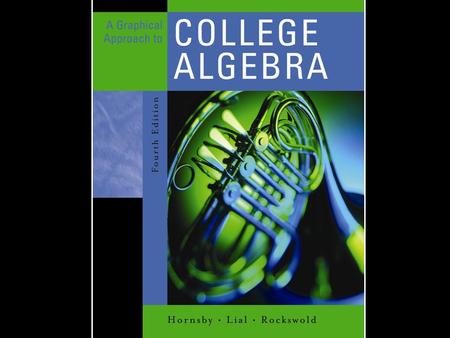 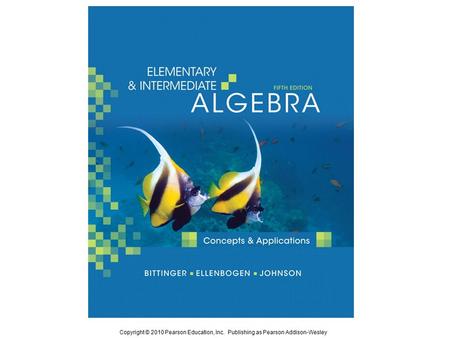 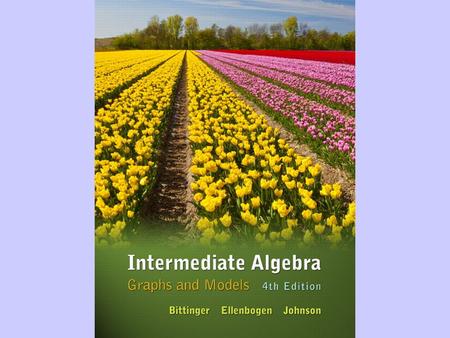 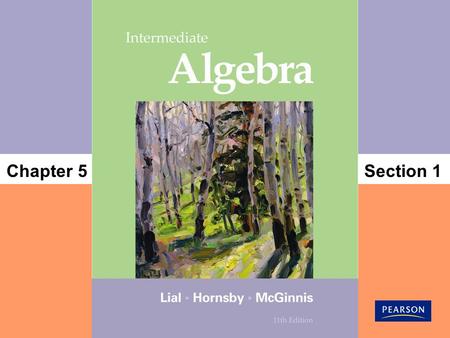