4 Consumer Report “Consumer report” is the name of the background check document. A consumer report includes more information than traditional credit reports. A consumer report is a document containing information that bears on a consumer's creditworthiness, credit standing, credit capacity, character, general reputation, personal characteristics, or mode of living Under the FCRA, these reports may be used to establish the consumer's or applicant’s eligibility for: –credit or insurance to be used primarily for personal, family, or household purposes; –employment; or –other purposes allowed by the FCRA (snooping is not allowed)

5 Consumer Report, continued The consumer report may include arrest information, criminal records from other states, aliases, employment termination reports, and addresses and phone numbers used by the applicant. The report must also contain a summary of the rights that the report’s subject may exercise, under the FCRA Consumer reports must exclude most adverse information which is more 7 years old. Arrest records must be excluded if more than 7 years old. Exceptions: –Criminal convictions can be included, no matter how old –Bankruptcies which are less than 10 years old may be included –Any negative information can be included if the employee will earn $75,000 per year or more

6 INVESTIGATIVE CONSUMER REPORTS INVESTIGATIVE REPORTS: Employers may have investigators interview people who know the applicant, to collect information about behavior, lifestyle, etc. Consumer must be notified first and information must be verified. EXCEPTION: Protections do not apply to employee misconduct investigation reports ( if report is only provided to employer, government agency, or regulatory organization).

7 CORI Report... or Consumer Report? Massachusetts only Contains criminal charges filed in Mass. Courts Employer must apply to the CHSB to be certified to receive CORI One or more states, and can be nationwide Available from private companies such as ChoicePoint, Equifax, Experian, etc. (credit reporting agencies) In addition to criminal charges, may include arrests that did not lead to any charges, traffic violations, financial information, and other information The employer (or “user”) who buys the report must use it for legal or permissible purposes

13 Consumer Reporting Agency (CRA) Any entity which: “for monetary fees, dues, or on a cooperative nonprofit basis” “regularly engages in... assembling or evaluating consumer credit information or other information on consumers” “for the purpose of furnishing consumer reports to third parties” 15 U.S.C. §1681a(f)

15 CHSB... or CRA? Massachusetts state agency Governing statute at M.G.L. c. 6, §§168 et seq. State statutes and regulations set limits on access to CORI and give the CORI subject some legal protections (e.g., due process rights, law prohibiting unlawful disclosure) Private companies Regulated by federal law, mainly the FCRA Some state laws may also apply (in Massachusetts, some sections of M.G.L. c. 93), but most are pre-empted by federal law

17 Users of consumer reports – duties under the FCRA Generally: Employers and other users must get written permission from the individual before ordering a report. Blanket authorizations which don’t expire are allowed. The report must be used only for purposes permitted under the FCRA (which include employment screening).

21 Consumer Rights – Access to Consumer Reports Under the FCRA, free copy of the individual’s own consumer report: –Once per year (for everyone), plus –When an adverse action is taken –When the consumer is the victim of identity theft –If the file contains inaccurate information due to fraud –If the consumer is receiving public assistance –If the consumer is unemployed and plans to apply for a job within the next 60 days –Free reports from the big three nationwide bureaus can be ordered at www.AnnualCreditReport.com. For all other CRA’s, free reports should be ordered by contacting the CRA directly www.AnnualCreditReport.com Massachusetts law: –One free report per year –Additional reports available for $8 or less –CRA must also provide someone to help the consumer interpret the information in the credit file

22 Consumer Rights Under the FCRA Consumers are entitled to a list of all employers and others who requested a consumer report for employment purposes in the last 2 years, or within the past year for other purposes Consumers who are victims of identity theft may place a “fraud alert” in the files kept by the big three CRA’s (to keep thieves from opening fraudulent accounts) Consumers have a right to dispute inaccurate information in their reports

26 Further remedies for consumers Consumers may file civil suit in federal court for certain violations of the FCRA. To find a private attorney who handles FCRA cases: www.naca.netwww.naca.net The Federal Trade Commission (FTC) or state attorney general may seek civil or criminal penalties for violations of the FCRA. Consumers can file complaints with the FTC at www.ftc.gov. The agency may investigate and refer the consumer, but the FTC does not resolve individual consumer complaints. www.ftc.gov Additional information available in the book Fair Credit Reporting, by the National Consumer Law Center. Massachusetts Law Reform Institute, www.mlri.org. 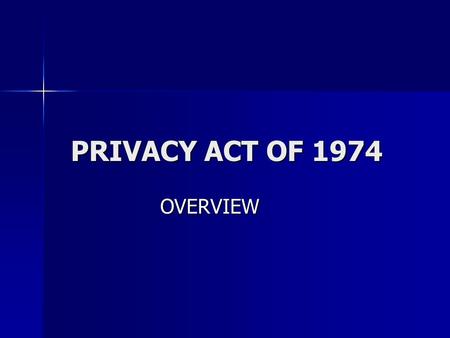 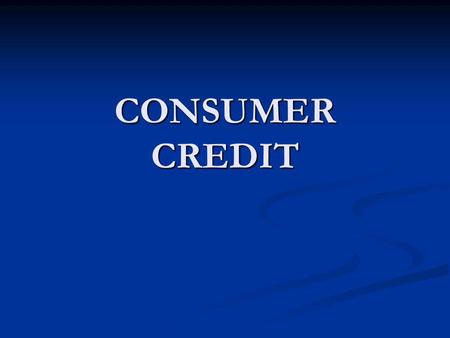 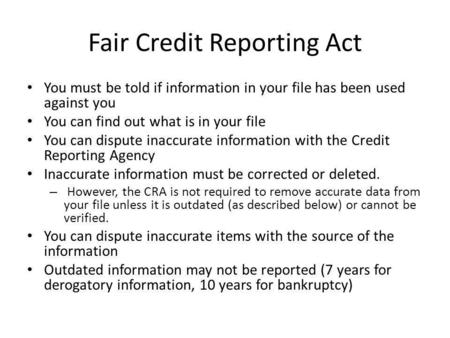 Fair Credit Reporting Act You must be told if information in your file has been used against you You can find out what is in your file You can dispute. 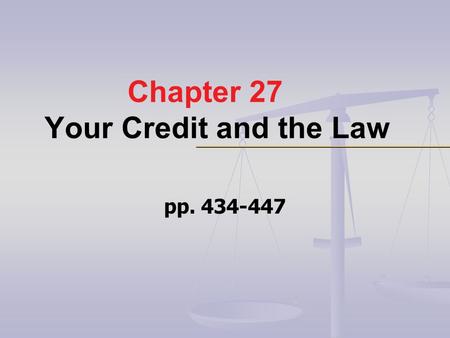 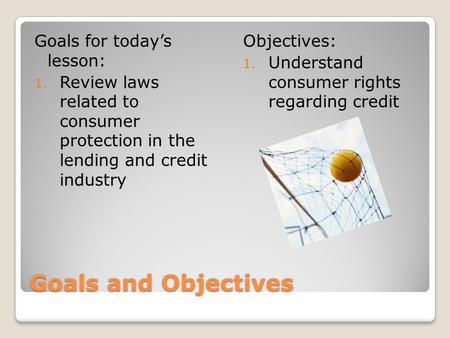 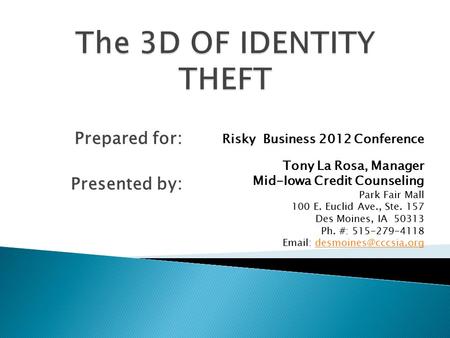 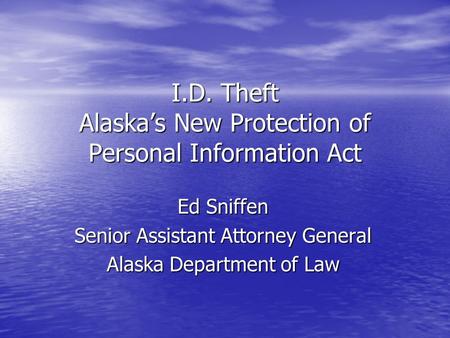 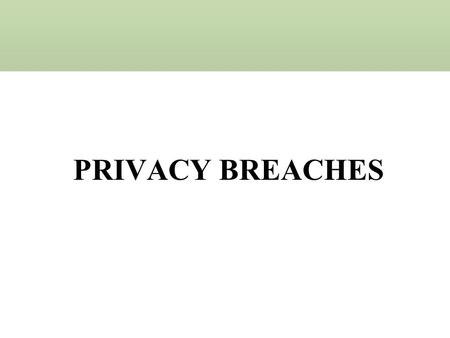 PRIVACY BREACHES A “breach of the security of the system”: –Is the “unauthorized acquisition of computerized data that compromises the security, confidentiality, 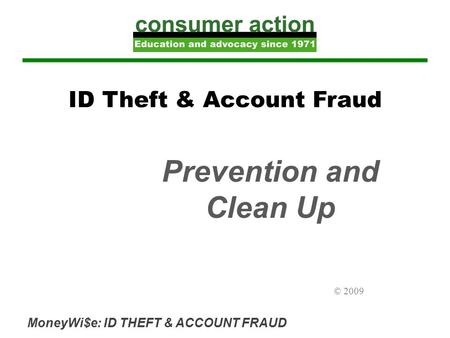 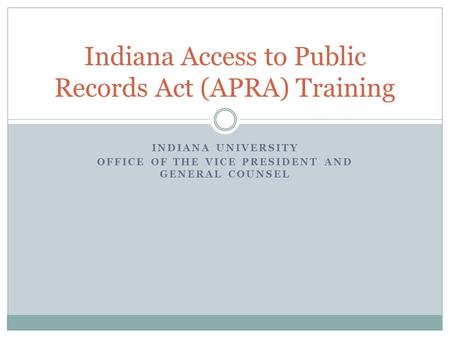 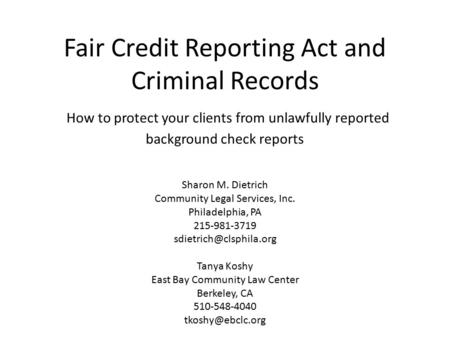 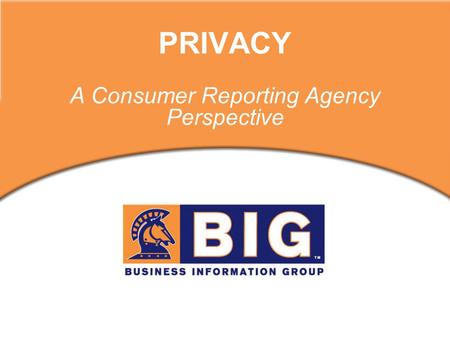 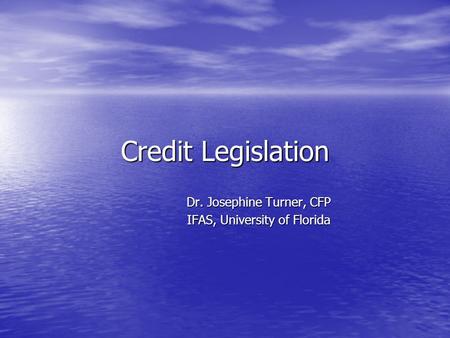 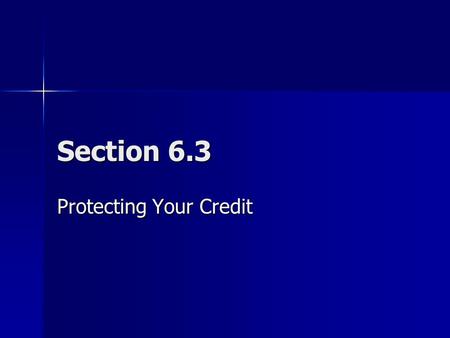 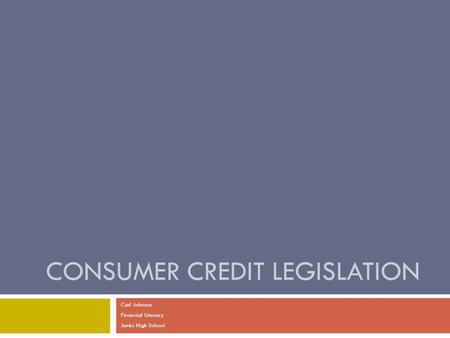 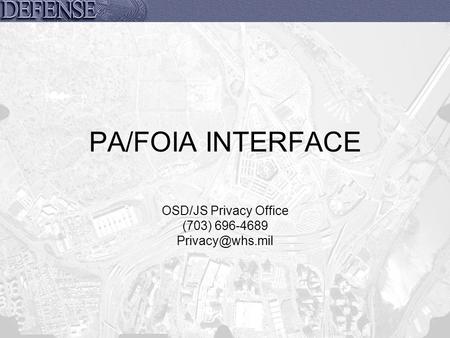 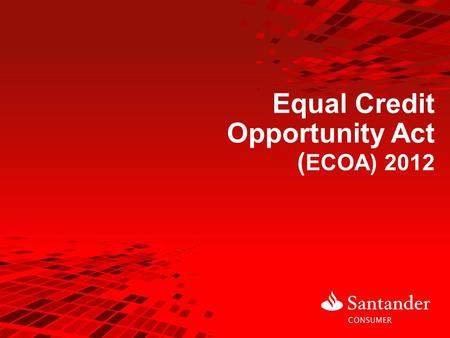 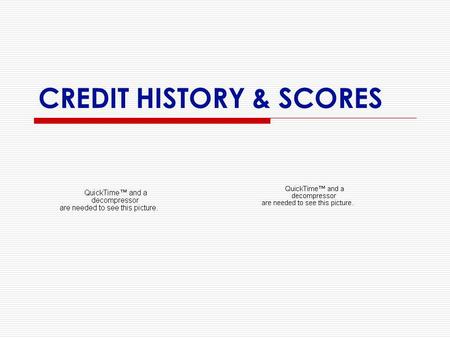 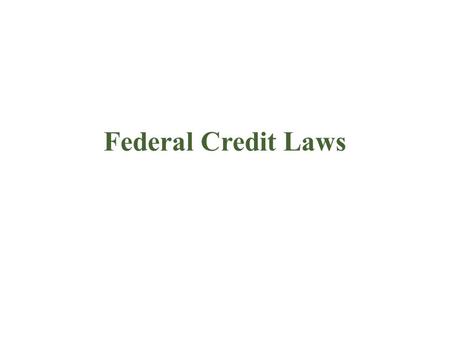 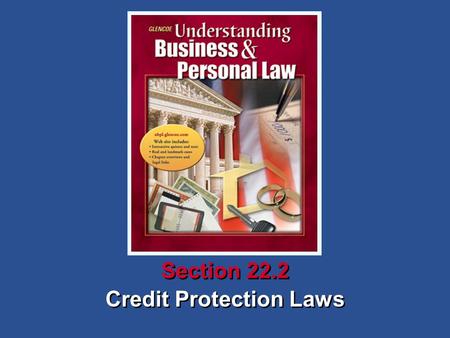