5 Trig Ratios Use Angle B to name the sides
Using Angle A to name the sides We can use the lengths of the sides of a right triangle to form ratios. There are 3 different ratios that we can make. The ratios are still the same as before!!

10 Similar Triangles and Trig Ratios
P B 20 12 5 3 A Q C 4 R 16 They are similar triangles, since ratios of corresponding sides are the same Let’s look at the 3 basic Trig ratios for these 2 triangles Notice that these ratios are equivalent!! 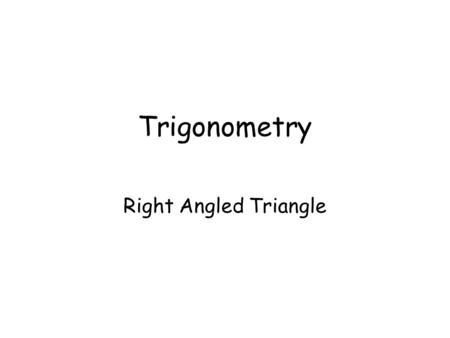 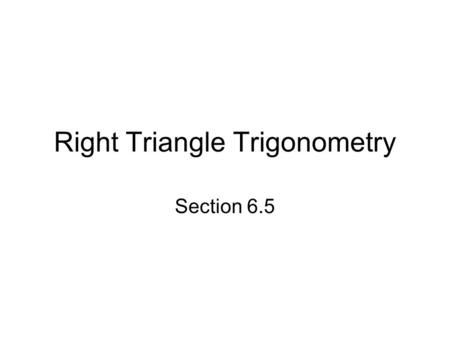 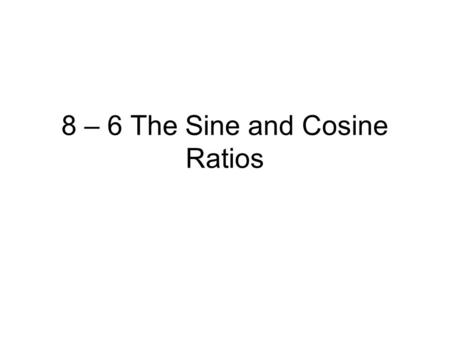 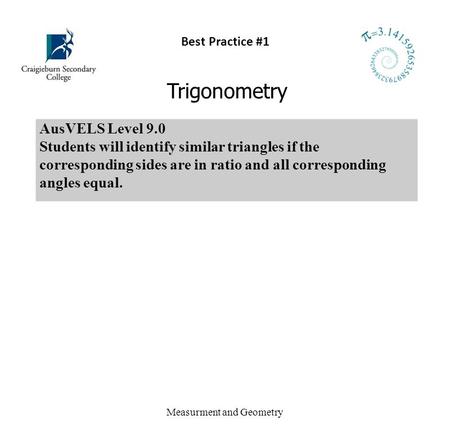 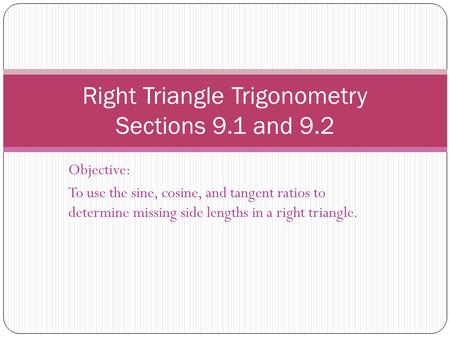 Objective: To use the sine, cosine, and tangent ratios to determine missing side lengths in a right triangle. Right Triangle Trigonometry Sections 9.1. 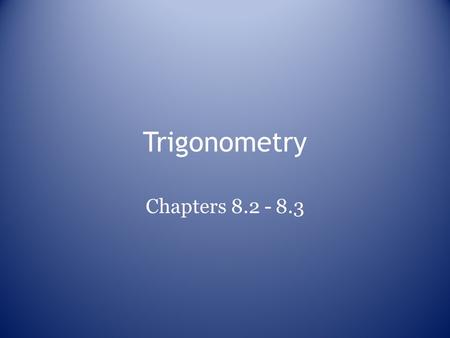 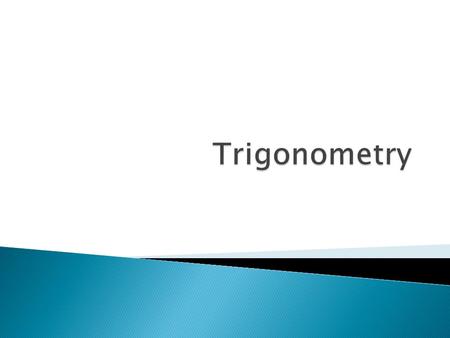 Trigonometry can be used for two things: 1.Using 1 side and 1 angle to work out another side, or 2.Using 2 sides to work out an angle. 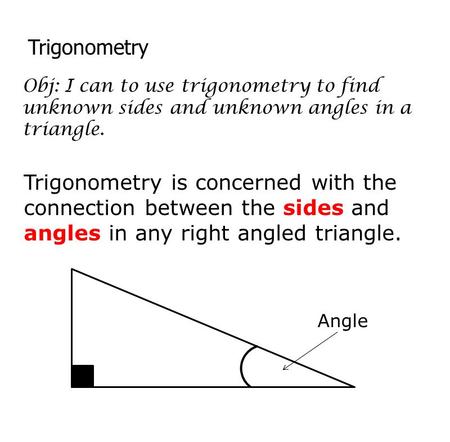 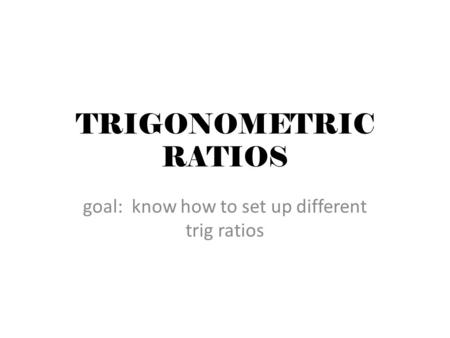 goal: know how to set up different trig ratios 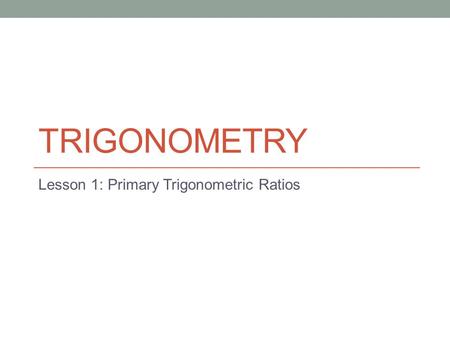 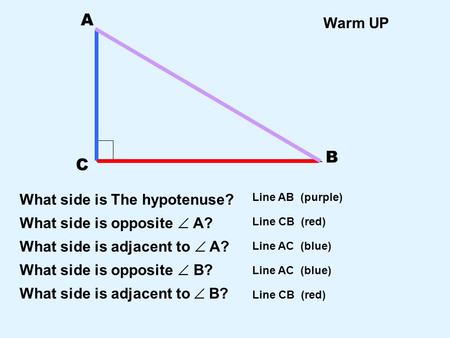 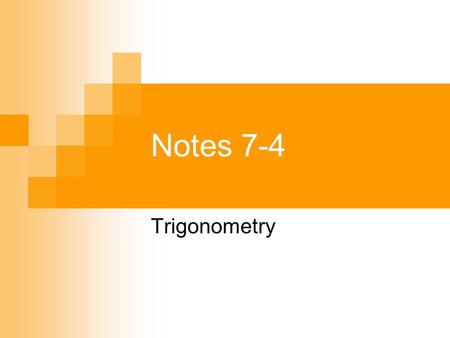 Notes 7-4 Trigonometry. In Right Triangles: In any right triangle  If we know Two side measures:  We can find third side measure.  Using Pythagorean. 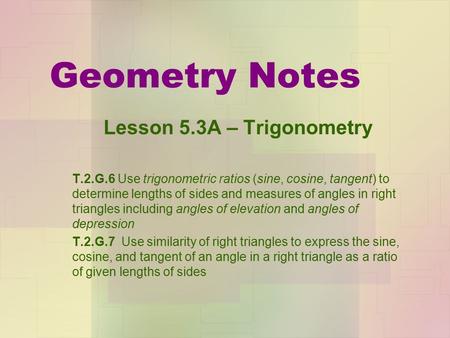 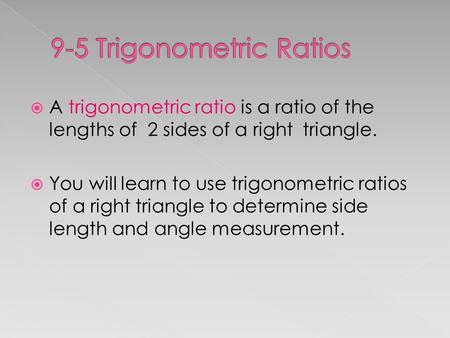 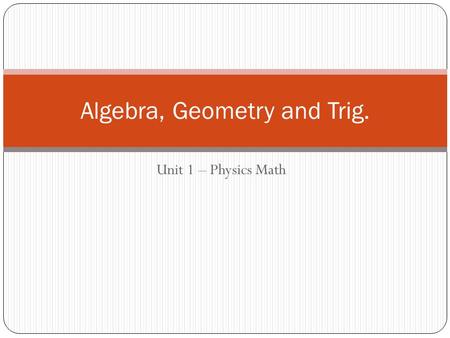 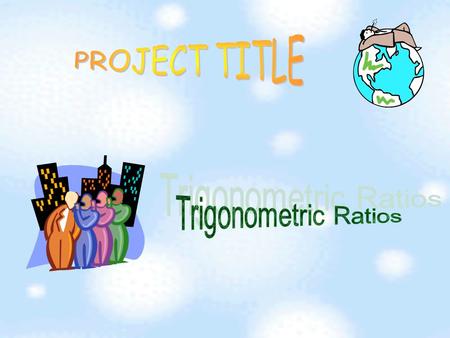 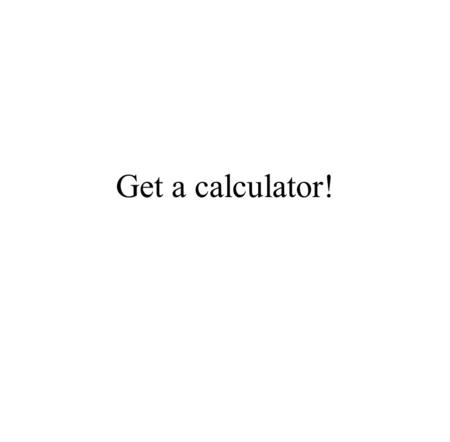 Get a calculator!. Trigonometry Trigonometry is concerned with the connection between the sides and angles in any right angled triangle. Angle. 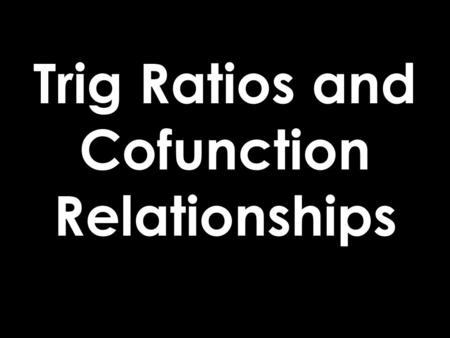 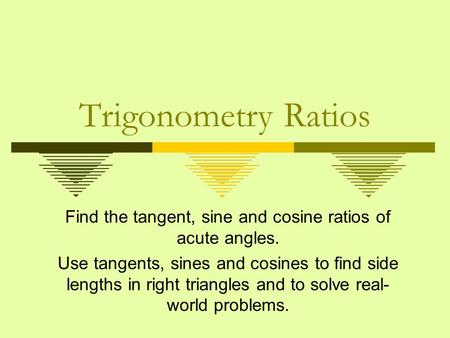 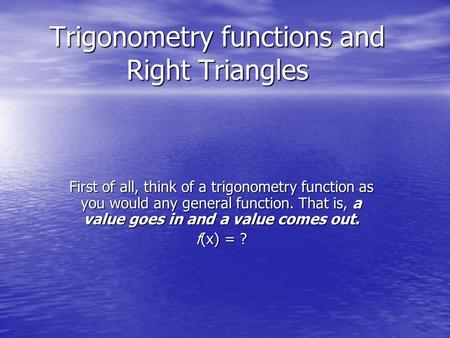