3 Judicial Branch Article III of the Constitution gives the federal court system jurisdiction, meaning the authority to hear and decide a case, in 8 types of legal situations: 1.The Constitution, when a person’s rights may have been violated. 2.Federal laws, where a federal crime has occurred. 3.Admiralty and maritime law, incidents occurring at sea. 4.Disputes with the United States government, where it is sued. 5.Controversies between states, where states sue each other. 6.Controversies between citizens living in different states, where a person in one state sues a person from another state. 7.Disputes with foreign governments, when a person or company must sue another country. 8.United States ambassadors, ministers, or consuls serving in foreign countries - where an official breaks a law in another country

4 Structure of the Federal Court System

12 US Supreme Court Established by Article III; highest court in U.S. 9 Justices; 1 Chief Justice and 8 Associate Justices No specific qualifications; serve for life and cannot be fired, but can be impeached. Appointed by the President and approved by Senate Chief Justice runs the meetings and leads the hearings Chief Justice earns $217,400; Associates $208,100 There have been 112 members of the Supreme Court 1 st African American – Thurgood Marshall (1967) 1 st Female – Sandra Day O’Connor (1981)

13 US Supreme Court Has original jurisdiction (hear a case for the first time) in only two types of cases: 1.Trials for cases that involve diplomats 2.Trials for cases in which a state is involved In all other cases, it has appellate jurisdiction (hearing cases on appeal from lower courts) 7000 cases come before the court; only @ 150 are chosen each year to hear or review **Court usually only hears two types of cases: 1.Cases of significant legal or Constitutional questions 2.Cases of great public interest or concern

15 Supreme Court For a case to be accepted and heard, at least 4 of the 9 S.C. Justices must vote to hear it. If a case does not get 4 votes – it’s over for that case. If the case is accepted, it is placed on a docket, or calendar and given a number to identify it. Writ of Certiorari – an order that directs the lower court involved to send its record of the case to the S.C. A majority vote of the justices present decides the outcome of the case; at least 6 of the 9 justices must be present for a vote to occur on a case. *If there s a tie vote, the lower courts’ decision is upheld and the result is FINAL* 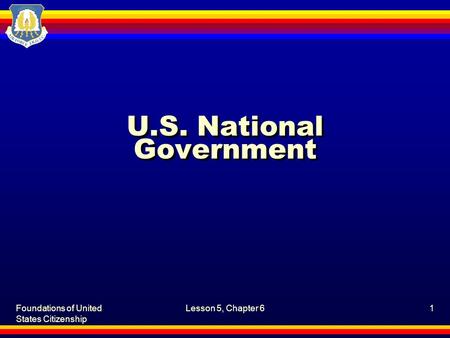 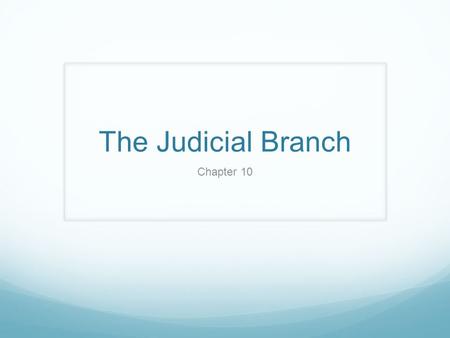 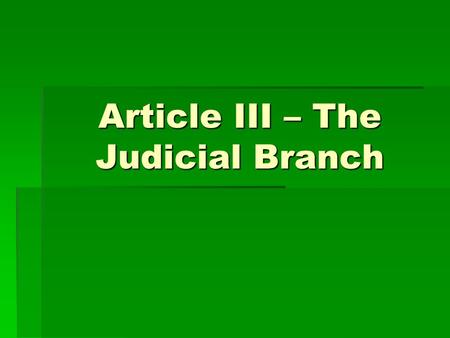