2 Cognitive Disorders: Areas affected Thoughts The capacity of memory Perception The ability to be attentive

8 Dementia “ progressive deficits in a person’s memory and learning of new information, ability to communicate, judgment, and motor co-ordination. It impacts on a person’s ability to work and interact normally with other people”.

11 Dementia: Facts and Statistics Onset and Prevalence  most common in the elderly  Affects 1% of those between 65-74 years of age  Affects over 10% of persons 85 years and older  47% of adults over the age of 85 have dementia of the Alzheimer’s type Gender and Sociocultural Factors  Dementia occurs equally in men and women  Dementia occurs equally across educational level and social class

13 Dementia of the Alzheimer’s Type: An Overview DSM-IV-TR Criteria and Clinical Features  Multiple cognitive deficits that develop gradually and steadily  Predominant impairment in memory, orientation, judgment, and reasoning  Can include agitation, confusion, depression, anxiety, or combativeness  Symptoms are usually more pronounced at the end of the day

15 Alzheimer’s Disease: Nature and Progression of the Disease  Deterioration is slow during the early and later stages, but rapid during middle stages  Average survival time is about 8 years  Onset usually occurs in the 60s or 70s, but may occur earlier

17 Other Causes of Dementia: Head Trauma and Parkinson’s Disease Head Trauma  Accidents are leading causes of such cognitive impairments  Memory loss is the most common symptom Parkinson’s Disease  Degenerative brain disorder  Affects about 1 out of 1,000 people worldwide  Motor problems are characteristic of this disorder

18 Other Dementias: Substance-Induced Dementia Substance-Induced Persisting Dementia  Results from drug use in combination with poor diet  Examples include alcohol, inhalants, sedative, hypnotic drugs  Resulting brain damage may be permanent  Dementia is similar to that of Alzheimer’s  Deficits may include aphasia, apraxia or agnosia

22 Types according to DSM-IV TR: The DSM-IV TR includes two major categories of amnestic disorders: Amnesia due to general medical condition:  It may be chronic (lasting a month or more) or transient.  That can result from a wide variety of medical problems, such as head trauma or lack of oxygen Substance induced persisting amnestic disorder:  This condition may be caused by an array of substances including medications, illicit drugs or environmental toxins such as lead, mercury, and industrial solvents. 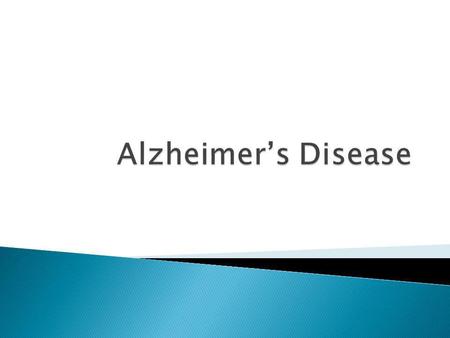 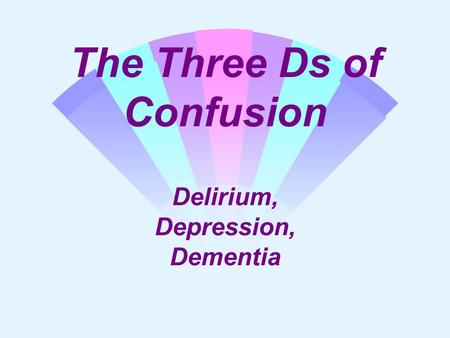 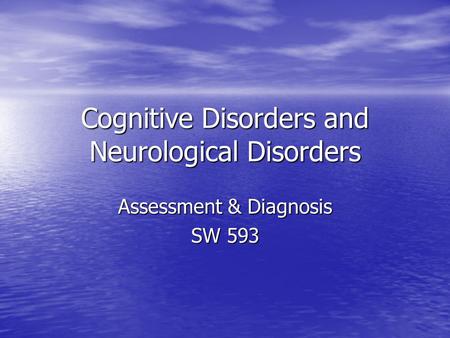 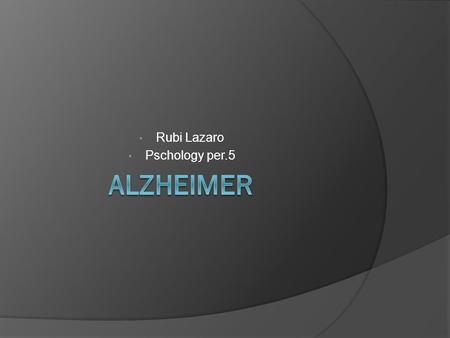 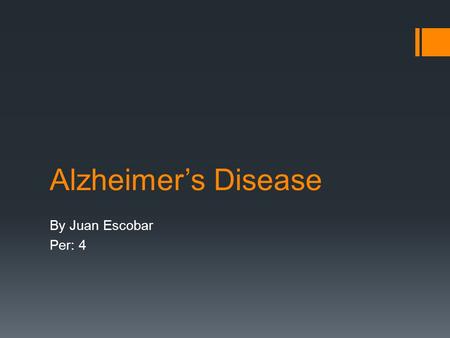 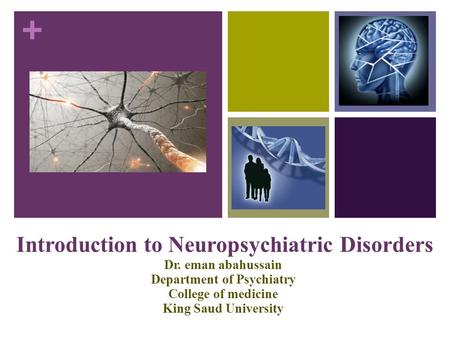 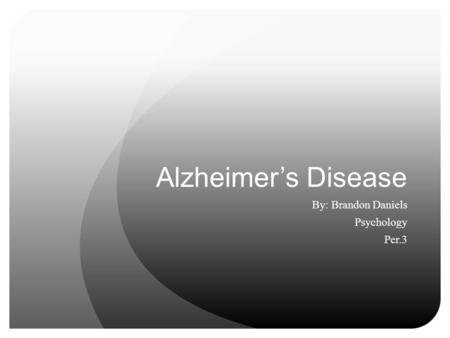 By: Brandon Daniels Psychology Per.3 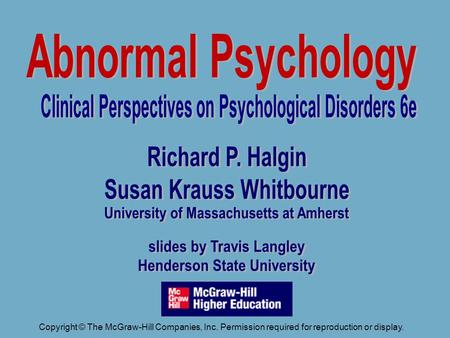 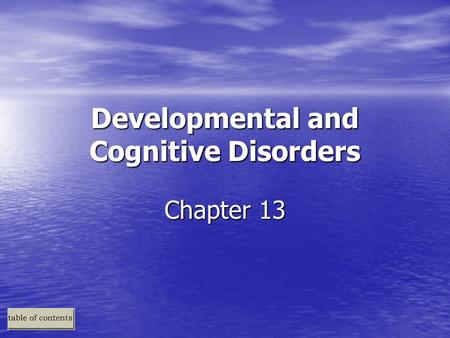 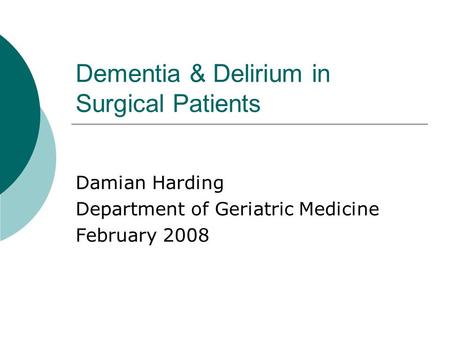 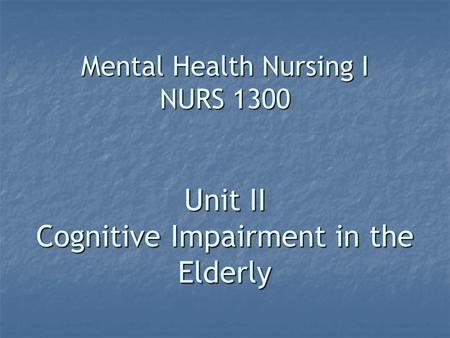 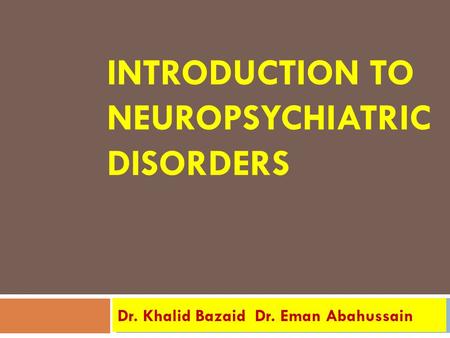 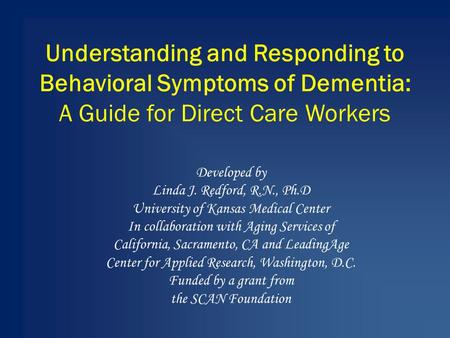 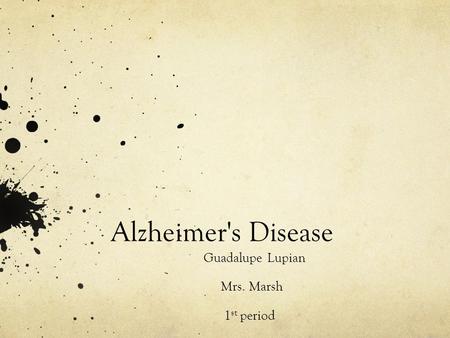 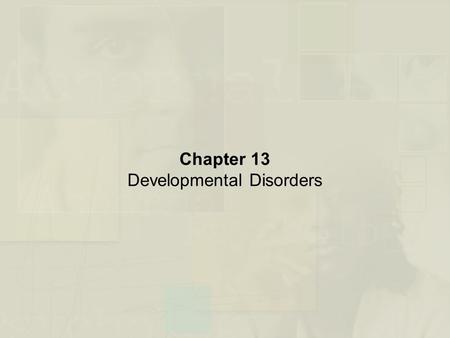 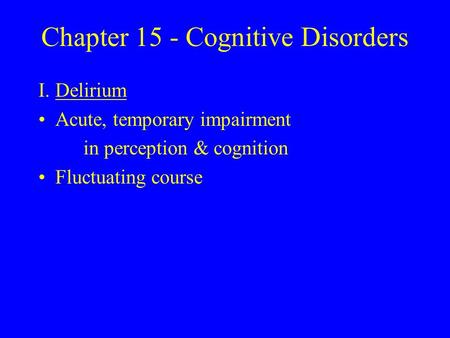 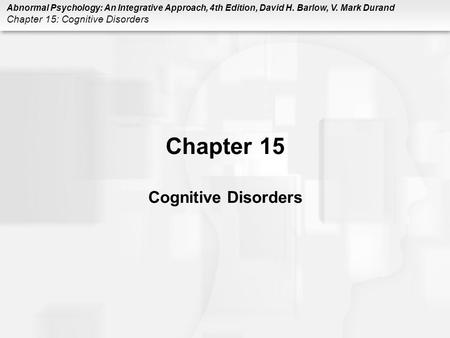 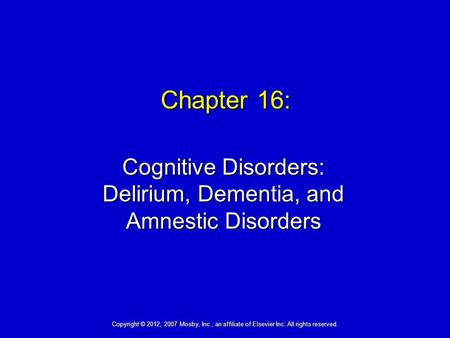 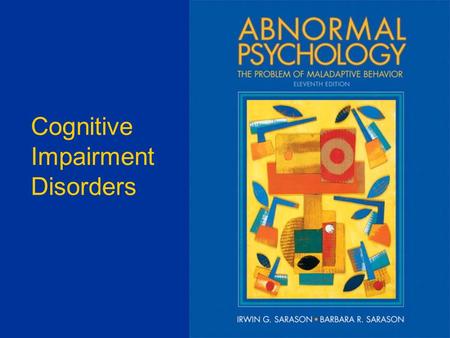 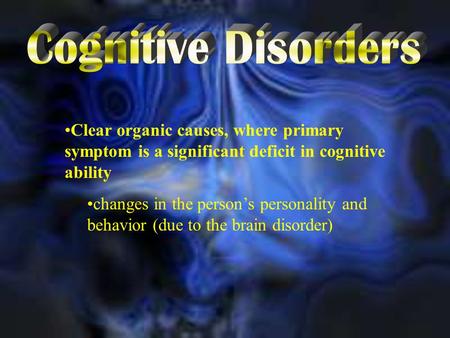 Clear organic causes, where primary symptom is a significant deficit in cognitive ability changes in the person’s personality and behavior (due to the.