2 Pili and fimbriae G-, short, fine, hairlike appendages
that are not involved in motility. Fimbriae/fimbria:1000piece/cell, adhesion to host epithelium Sex pili/pilus: 1-10piece/cell, sexual conjugation, they are genetically determined by sex factors or conjugative plasmids and are required for bacterial mating. Receptors of some bacterial viruses.

6 The majority of motile prokaryotes move by means of flagella

11 Bacterial Behavior Chemotaxis, Phototaxis, and Other Taxes
Prokaryotes encounter gradients of physical and chemical agents in nature, and the motility machinery in the cell is designed to respond in a positive or negative way to these gradients by directing the movement of the cell either toward or away from the signal molecule, respectively. Such directed movements are called TAXES. Chemotaxis: a response to chemicals. Phototaxis: a response to light.

12 Chemotaxis in Bacteria
Chemotaxis is the movement of an organism toward (an attractant) or away from (a repellent) a chemical.

13 The Chemotaxis Process
(a) In the absence of a chemical attractant the cell swims randomly in runs, changing direction during tumbles. (b) In the presence of an attractant runs become biased, and the cell moves up the gradient of the attractant.

15 Phototaxis Accumulation of the phototrophic bacterium at light wavelengths at which its pigments absorb. Phototaxis of an entire colony toward the light source on the right.

16 How to judge wether a cell have flagella
1. Light Microscope by staining 2. Electron microscope 3. Feature of colony 4. Culture in semi-solid medium

25 Spore germination 1. Activation – Usually results from treatments like heating. 2. Germination – Breaks spore’s dormant state. This process is characterized by spore swelling, loss of resistance to heat and other stresses, loss of refractility and increase in metabolic activity. 3. Outgrowth – The spore protoplast makes new components and develops once more into an active bacterium.

28 What we have learned so far?
what is Pili and fimbriae? Their function? What is Flagella? Its Arrangements, ultrastructure? The mechanism of flagellar movement Describe the structure and function of a bacterial flagellum. • What is the energy source for the flagellum? Bacteria-bound experiment? Chemotaxis, Phototaxis? How to judge wether a cell have flagella? What is endospore? Its structure, signifance. Spore formation, Life Cycle. The mechnism of heat and other kethal agents resistantance? What is paraspore crystal? Its signifance?

29 Summary 1, Prokaryotic genetic material is located in an area called the nucleoid and is not enclosed by a membrane. 2, Most bacteria have a cell wall outside the plasma membrane to give them shape and protect them from osmotic lysis. Bacterial walls are chemically complex and usually contain peptidoglycan or murein.

30 3, Bacteria often are classfied as either gram positive or gram negative based on differences in cell wall structure and their response to Gram staining. Gram-positive walls have thick,homogeneous layers of peptidoglycan and teichoid acid. Gram-negative bacteria have a thin peptidoglycan layer surrounded by a complex outer membrane containing lipopolysaccharides and other components

31 4, Some bacteria are motile, usually by means of flagella, and bacterial species differ in the number and distribution of their flagella. 5, Structures such as capsules, fimbriae, and sex pili are found outside of some bacterial cell wall. 6, Some bacteria survive adverse environmental conditions by forming endospores, dormant structures resistant to heat,desiccation and many chemicals 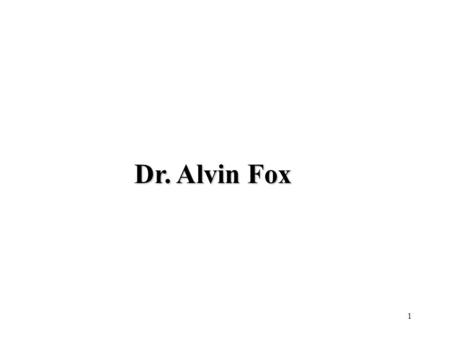 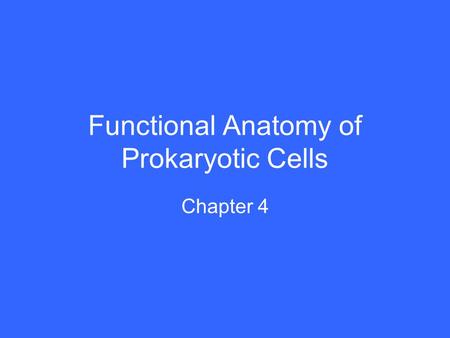 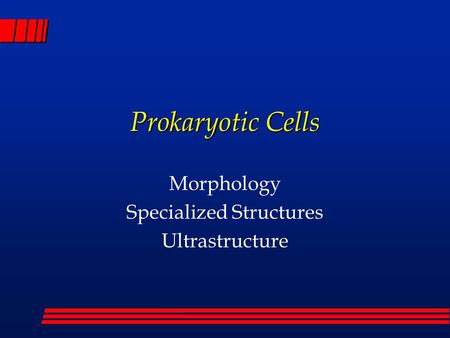 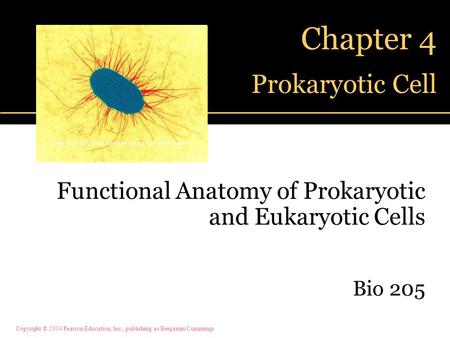 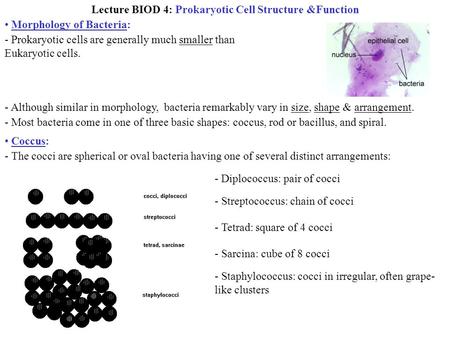 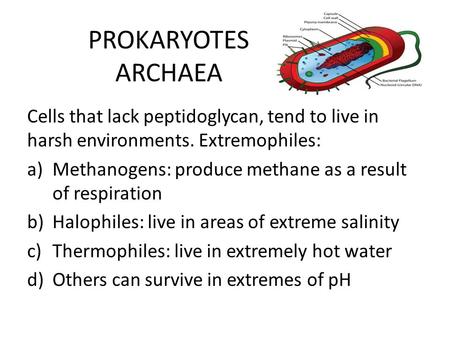 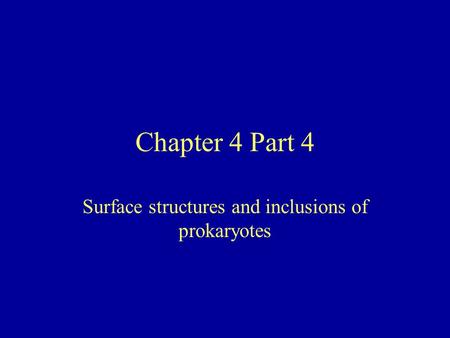 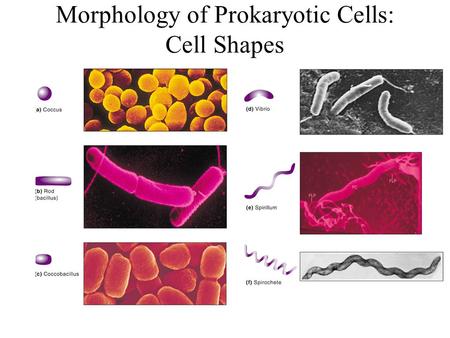 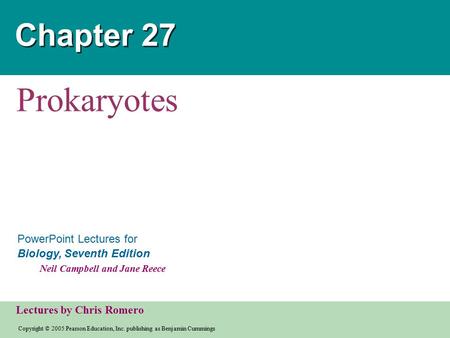 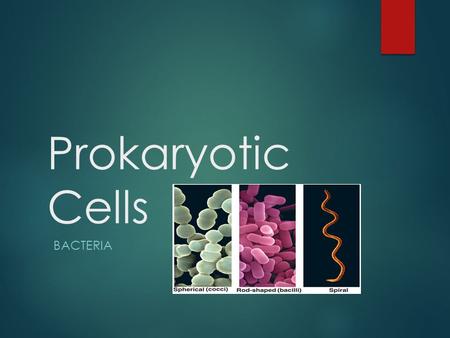 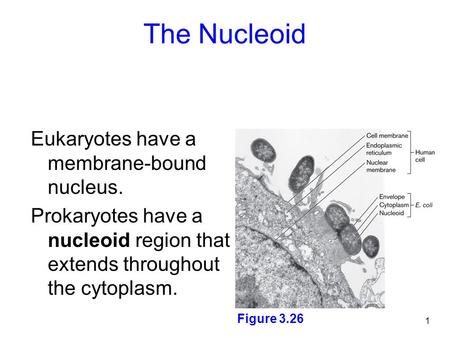 The Nucleoid Eukaryotes have a membrane-bound nucleus. 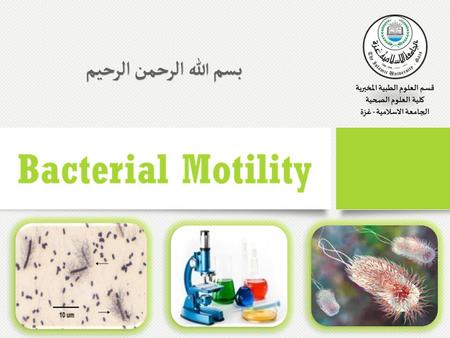 Bacterial Motility The ability of an organism to move by itself is called motility. Motility is closely linked with chemotaxis, the ability to orientate. 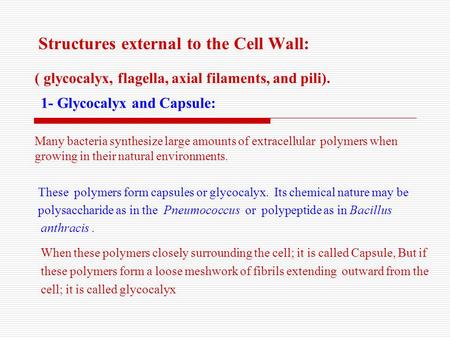 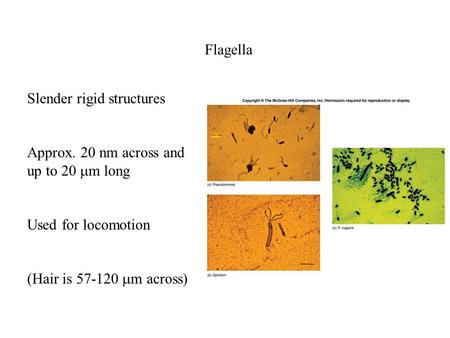 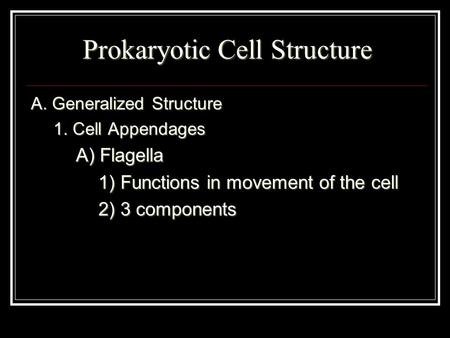 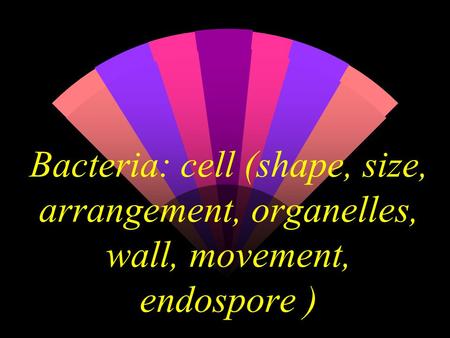 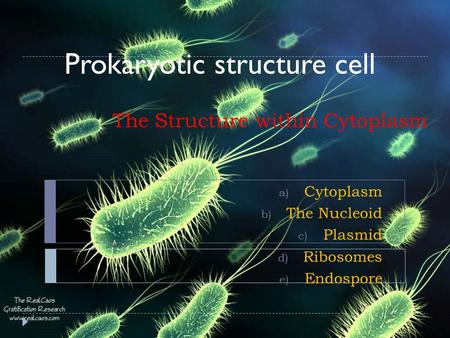 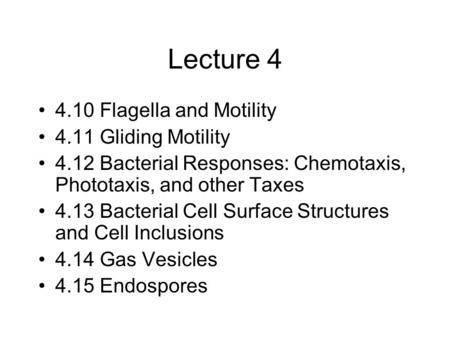