Presentation on theme: "Interactive Study Guide Test what you know about the regions of the United States. Enter."— Presentation transcript:

2 Interactive Study Guide Test what you know about the regions of the United States. Enter

4 Correct! The Appalachian Mountains are old eroded mountains that go from Eastern Canada to Western Alabama. They served as the western boundary until the end of the Revolutionary War. Next Question

5 Too far west. These are the Rocky Mountains. They are much more rugged than the Appalachian and are not as old. Try again! I know that you can find them now.

6 Think again. Remember that although the Appalachian Mountains were the original western border, they are actually in the eastern part of the country. Try again.

7 Which mountains contain the Continental Divide?

8 Correct! The Continental Divide, which determines the directional flow of rivers, is in the Rocky Mountains. The Rocky Mountains are rugged mountains with high elevations from Alaska to Mexico. Next Question

9 Try Again! Remember that the Continental Divide is a part of the rugged mountain range that is from Alaska to Mexico. Return to Map

10 Where are the Great Plains?

11 You found the Great Plains! This region of grasslands, in the middle of the United States, provides many of the grain and wheat for the country. It is a flat region that gradually increases in elevation westward. Next question

12 Oops! Try again! Remember that the Great Plains are flat grasslands in the middle of the United States. Try again

13 Which of these regions holds some of the oldest rock formations in North America and is characterized by hundreds of lakes carved by glaciers?

14 Way to go! The Canadian Shield is the horseshoe-shaped region around the Hudson Bay. This region contains many important mineral deposits. Next Question

15 Need a hint? The region you are looking for is a horseshoe- shaped region in Canada. Try again

16 Which of these is made up of the Sierra Nevada and Cascade mountain ranges?

17 CORRECT! These mountain ranges make up the Coastal Range on the Pacific Coast. These rugged mountains stretch from California to Canada and contain many fertile valleys. Next question

18 Need a hint? The mountains we are looking for are near the Pacific Ocean. Try again.

19 Which of these regions is a broad lowland with many excellent harbors?

20 Yes! The Atlantic Coastal Plain This coastal plain is east of the Appalachian Mountains and is on the Atlantic Coast. This region has been important for trade and naval purposes throughout United States history. Next Question.

21 Think East! Remember that the west coast has a lot of mountains and rocky cliffs. This makes many harbors difficult to access. Try again!

22 Think about harbors. This region might have ports along the Mississippi but usually when we talk about harbors, we are referring to coastal regions. Try again!

23 Tough sailing! When you look closely at this region, you will realize that it would be difficult to navigate. Remember, harbors need to be accessible. Think coastal! Try again!

24 Where is the area of varying elevations containing isolated mountain ranges?

25 You got it! The Basin and Range region is between the Rocky Mountains and the Coastal Range. In this region, you can find Death Valley, the lowest point in North America. Next Question

26 Too mountainous! Although this region has some valleys, you are in search of a region with more isolated mountain ranges. Hint: It is west of the Rocky Mountains but east of the Pacific coast. Try again!

27 Too flat! The Great Plains increase in elevation westward but do not get very mountainous. You are looking for a region between two rugged mountain ranges. Try again!

28 LAST QUESTION! Which of the regions listed below is an area of rolling flatlands with rivers, broad river valleys, and grassy hills? A. Canadian Shield B. Interior Lowlands C. Basin and Range

29 Here’s a hint! You are looking for a region in the middle of the United States between the Appalachian Mountains and the Great Plains. Try again!

30 You Rock!!!!!! Geography Wizard! All maps in this presentation were created using Mapmakers Toolkit by Tom Snyder Publications, copyright 1999. EXIT

Download ppt "Interactive Study Guide Test what you know about the regions of the United States. Enter." 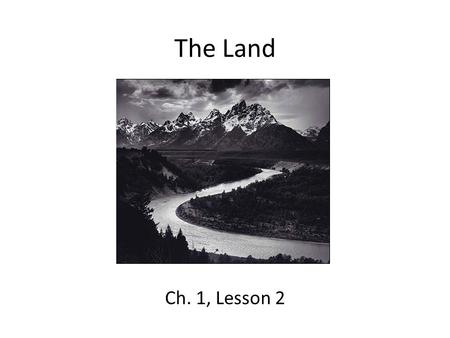 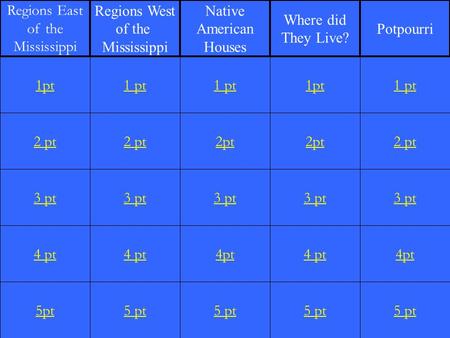 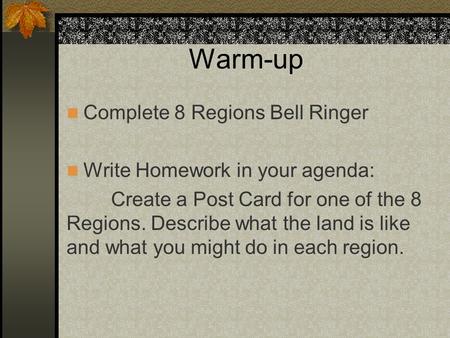 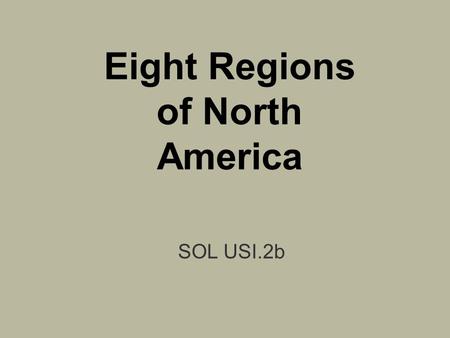 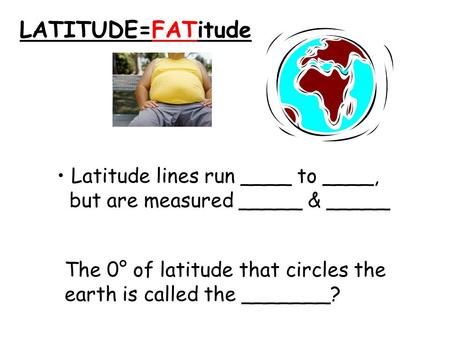