2 LEGAL AND ETHICAL CONSIDERATIONS Do not use just one assessment procedure. Make sure to use technically adequate instruments that meet reliability and validity standards. Use nondiscriminatory assessment procedures. Administer tests in the most appropriate language and form. Tests should be administered by trained personnel. Larry P. v. Riles is an important California court case that resulted in the prohibition of intelligence tests with African- American students in California. © Taylor & Francis 2015

3 NORM-REFERENCED TESTS: AN OVERVIEW A norm-referenced test is a test in which a person’s performance is compared to a specific reference group, usually by age or grade. The reference group that is used in a norm-referenced test is known as the standardization sample. Derived score is a converted raw score that compares an individual’s performance to those in the standardization sample. Standard score is a transformed raw score with a known mean and standard deviation (usually a mean of 100 and standard deviation of 15). The mean is the average score. Standard deviation is an indication of the variability of test scores. © Taylor & Francis 2015

4 NORM-REFERENCED TESTS: AN OVERVIEW Validity is the degree to which a test measures what it purports to measure. Reliability is the consistency of a test. Standard error of measurement is the variability or error involved in a test; you never actually obtain a person’s “true” score in giving a test (i.e., there will almost always be some variability in how a person scores if given a test twice). © Taylor & Francis 2015

7 INTELLIGENCE TESTS Kaufman Assessment Battery for Children is based on a model of simultaneous and successive (sequential) processing and the Cattell-Horn-Carroll model. Stanford-Binet Intelligence Scale-5 is the latest edition of an instrument dating originally from the 1900s. Wechsler Intelligence Scale for Children is the most widely used intelligence test for school-aged students. Woodcock-Johnson-III – Normative Update is based on the Cattell-Horn-Carroll model; it also has an achievement component. Intelligence tests measure intellectual performance not intellectual potential. © Taylor & Francis 2015

8 INTELLIGENCE TESTS Issues related to the examinee, which include factors such as anxiety, test wiseness, and disability status, can affect test performance. Issues related to the examiner are factors such as test administration, interpretation differences, and scoring errors that can affect test results. Test bias has different types, including mean difference bias, item bias, and psychometric bias. AAIDD states that intelligence tests are one of only three major components of identification and many factors affect the interpretation of scores. There are alternatives to traditional intelligence tests that have been developed based on theories of researchers such as Piaget, Sternberg, and Gardner. © Taylor & Francis 2015

11 ADAPTIVE BEHAVIOR SCALES AAMR Adaptive Behavior Scale-School Edition measures both adaptive and maladaptive behavior. Scales of Independent Behavior include other components such as a screening component and a correlated curriculum. Vineland Adaptive Behavior Scales include a Survey Interview Form, a Parent/Caregiver Rating Form, an Expanded Interview Form, and a Teacher Rating Form. The Adaptive Behavior Assessment System can be used for both the 2002 AAMR and the 2010 AAIDD definitions. The Supports Intensity Scale is designed to be used to identify the appropriate level of support in the current AAIDD classification system. © Taylor & Francis 2015 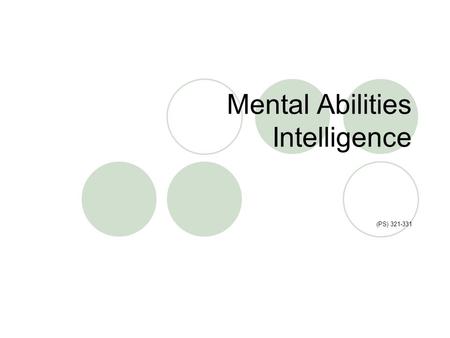 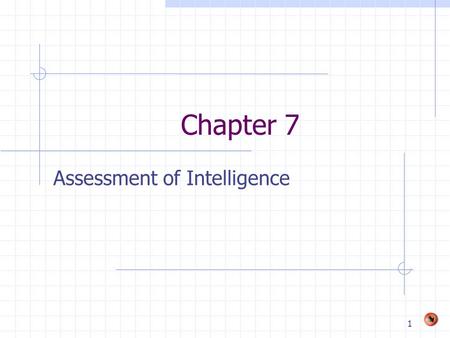 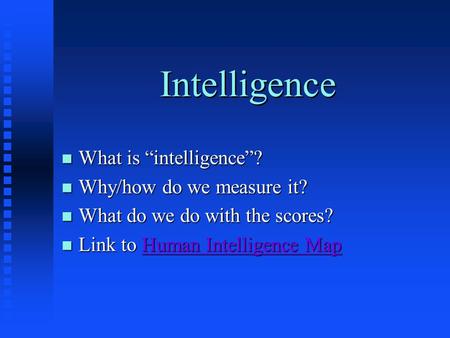 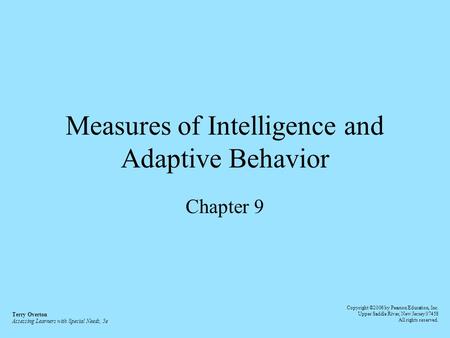 Measures of Intelligence and Adaptive Behavior 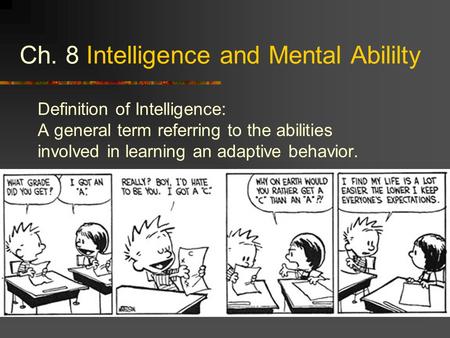 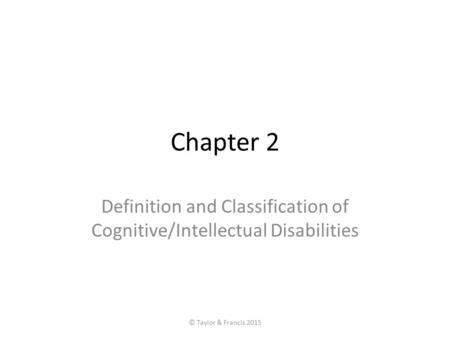 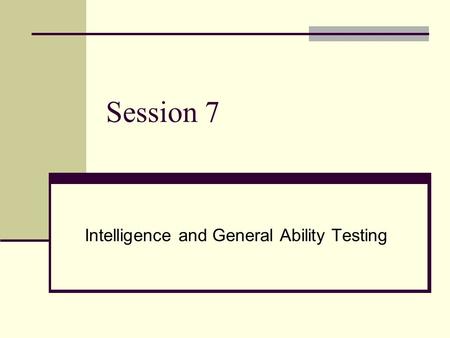 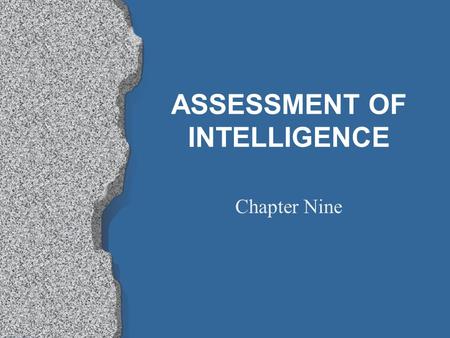 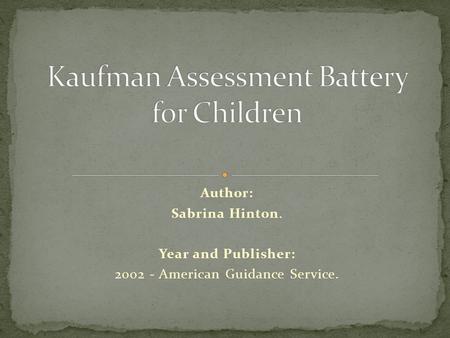 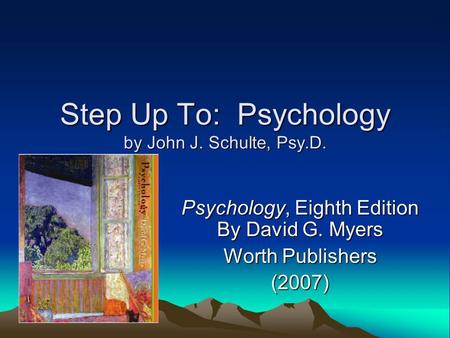 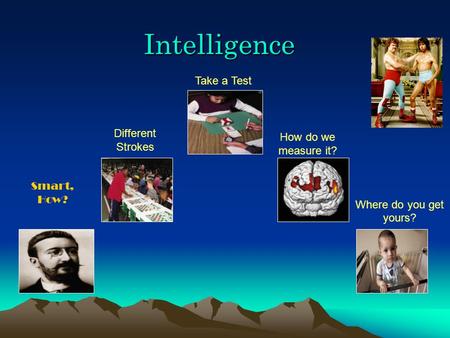 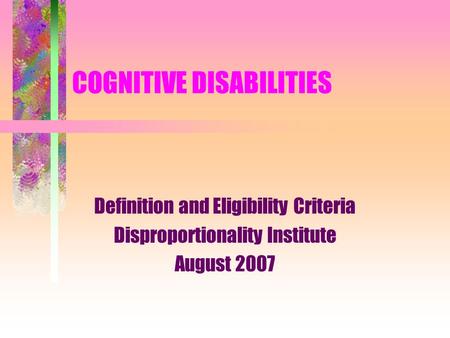 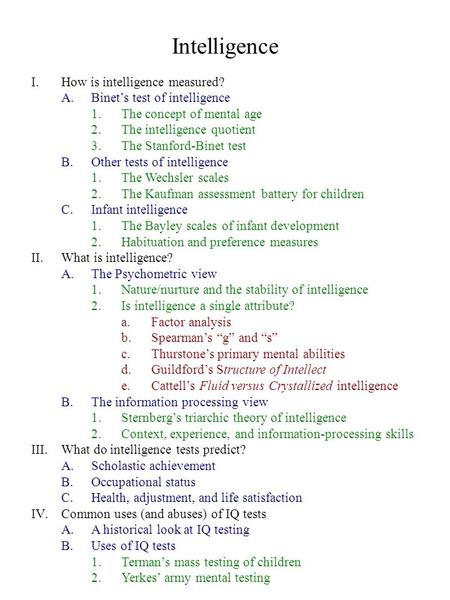 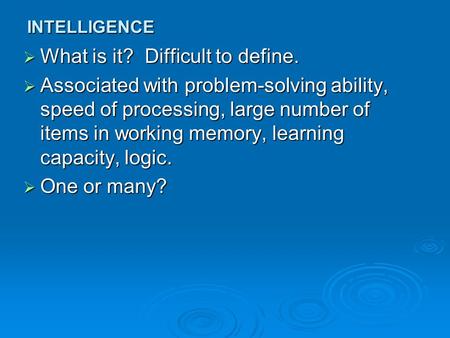 INTELLIGENCE  What is it? Difficult to define.  Associated with problem-solving ability, speed of processing, large number of items in working memory, 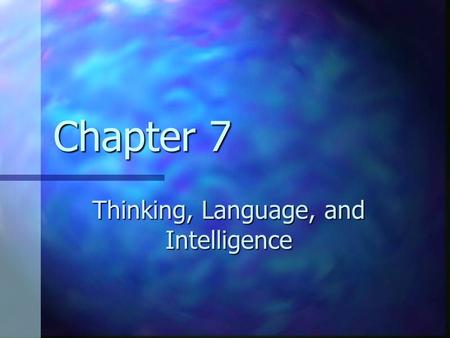