2 Western Territory Settlers in the less settled areas of the Northwest Territory and in Kentucky and Tennessee were pioneers. They loaded their belongings onto Conestoga wagons and made the long journey over the Appalachian Mountains to the area west of the Mississippi River known as the Louisiana Territory.

6 Western Territory In 1802 Spain changed its policy and refused to allow American goods to move into or past New Orleans. Jefferson confirmed that Spain had transferred the Louisiana Territory to France in a secret agreement.

7 Napoleon The U.S. was surprised and fearful that Napoleon Bonaparte, France’s leader, wanted to increase his empire in Europe and the Americas.

8 Western Territory Jefferson authorized Robert Livingston, the new minister to France, to offer as much as $10 million for New Orleans and West Florida. Because of unrest in Santo Domingo (present day Haiti and the Dominican Republic), Napoleon had to cancel his plans in America. He sent in troops to crush the revolt against French rule.

10 The Nation Expands America bought the Louisiana Territory from France, not just New Orleans. The French needed money to finance Napoleon’s plans for war against Britain, so while the American diplomats were in France, Talleyrand informed them that the entire Louisiana Territory was for sale. Monroe and Livingston, negotiated a price of $15 million for the territory. With this territory the United States doubled in size.

11 Louisiana Purchase The United States ratified the treaty with France in October 1803 to make the Louisiana Territory purchase legal. Jefferson was concerned because the Constitution said nothing about acquiring new territory.

13 The Nation Expands Jefferson was interested in knowing more about he lands west of the Mississippi River. Jefferson sent Meriwether Lewis and William Clark to explore the new territory even before the Louisiana Purchase was complete.

14 Clark and Lewis 1. Jefferson saw the expedition as a scientific adventure, while Congress was interested in commercial possibilities and places for future ports. 2. Lewis and Clark put together a crew and left St. Louis in the spring of Along the way they kept a journal of valuable information on people, plants, animals, and geography of the West. 3. After traveling nearly 4,000 miles in 18 months, they reached the Pacific Ocean. They spent the winter there and traveled back along different routes.

15 Zebulon Pike Jefferson sent another expedition to explore the wilderness. Lieutenant Zebulon Pike led two expeditions into a region that is now Colorado. There he found a snowcapped mountain he called Grand Peak. Today it is called Pikes Peak.

16 Federalist Concerns A group of Federalists who opposed the Louisiana Purchase planned to secede, or withdraw from the Union. They were concerned that the new territory would become agricultural and republican, and because it was so large, they would lose power.

17 The Nation Expands They wanted to form a Northern Confederacy including New York. To get the New York support, the Federalist supported Aaron Burr for governor of New York in 1804.

18 Hamilton and Burr Dispute
Hamilton, who never trusted Burr, heard rumors that Burr had secretly agreed to lead New York out of the Union. Burr lost the election and blamed Hamilton.

19 Burr challenged Hamilton to a duel with armed pistols.
It took place in July 1804 in Weehawken, New Jersey. Hamilton fired first but missed Burr, on the other hand, seriously wounded Hamilton who died the next day. Burr fled so he would not be jailed. 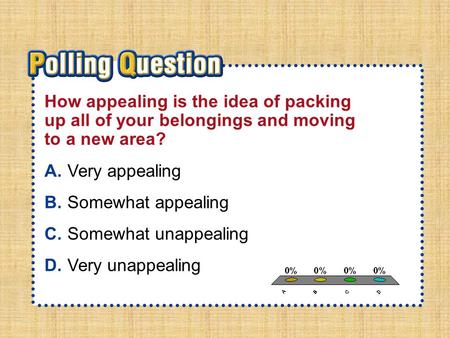 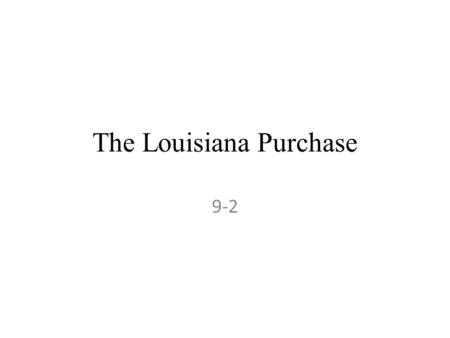 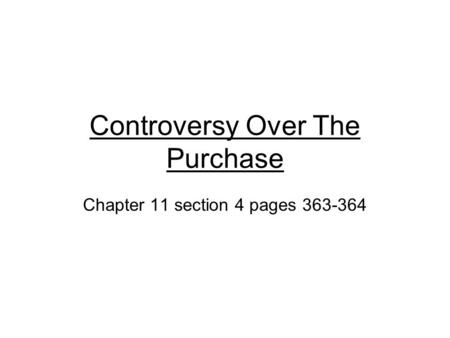 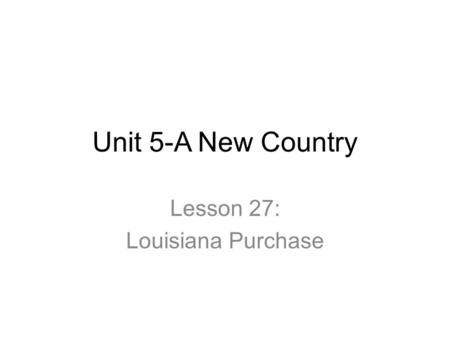 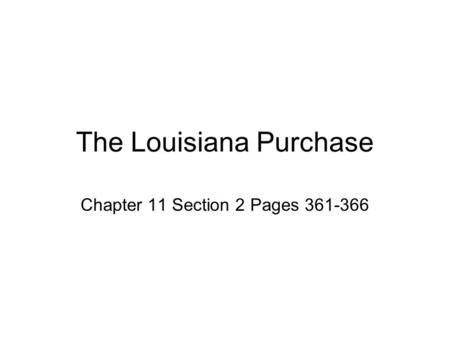