2 D IGESTION OF C ARBOHYDRATES Enzyme: Amylase Begins in the mouth with the enzyme Salivary Amylase, which catalyzes the reactions that digest polysaccharides into smaller oligosaccharides. The amylase is denatured in stomach because of acidity

3 D IGESTION OF C ARBOHYDRATES The remaining polysaccharides and oligosaccharides are digested in the small intestine with the help of many enzymes, including pancreatic amylase

5 D IGESTION OF L IPIDS Enzyme: Lipase Lingual lipase, secreted by intrinsic salivary glands of the tongue, digests a small amount of fat while food is still in the mouth but becomes more active at the acidic pH of the stomach.

7 D IGESTION OF L IPIDS Fat globules are emulsified by bile which is made in the liver and stored in the gall bladder. The monoglycerides and fatty acids produced by lipase action aggregate to form spherical structures called micelles

8 D IGESTION OF L IPIDS Newly made triglycerides are bound to carrier proteins, forming tiny particles called chylomicrons that are secreted into the lymphatic capillaries (lacteals) of the intestinal villi. Unlike other products of digestion lipids enter the blood as polymers rather than monomers.

9 D IGESTION OF P ROTEINS The inactive forms of enzymes are called zymogens. This is necessary to prevent the enzymes from digesting the cells that produced them. In the stomach there is also a stable layer of mucus that is stuck to the epithelial surface which protects the stomach from damage from both the acid and pepsin.

10 D IGESTION OF P ROTEINS Protein digestion begins in the stomach with the enzyme pepsin. It is secreted by the chief cells of the gastric glands in the form of pepsinogen. HCL helps convert pepsinogen into the active enzyme pepsin Digests less than 15% of ingested protein.

11 D IGESTION OF P ROTEINS Duodenum is also normally protected from the gastric acid by a layer of mucus. There is also a release of alkaline pancreatic juice to neutralize the chyme. Also alkaline juice from the duodenal glands

12 D IGESTION OF P ROTEINS The majority of the protein digestion occurs in the small intestine with pancreatic enzymes such as trypsin and chymotrypsin and the brush border enzymes such as carboxypeptidase, elastase and aminopeptidase

13 D IGESTION OF P ROTEINS Trypsin is released from the pancreas in the form of trypsinogen and is activated by enterokinase an enzyme secreted by the mucosa of the small intestine. Trysin will then convert trypsinogen into more trypsin. It is also chymotrypsinogen and procarboxypeptidase into their active forms

14 T ODAY ’ S LAB Follow the directions in your lab manuals Group 1 will digest carbohydrates Group 2 will digest proteins Group 3 will digest fats At the end of the experiments you will explain to the class your group results. You will be responsible for the information on the handout given in class. 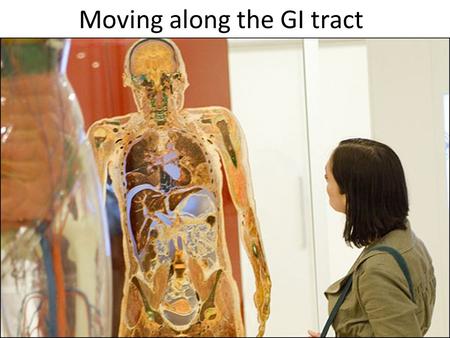 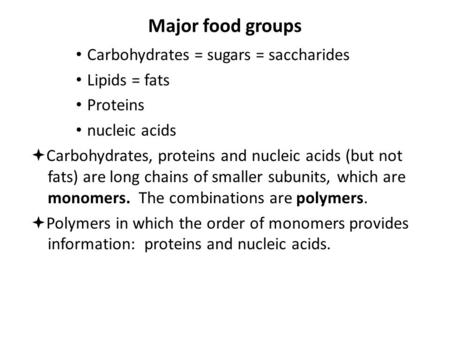 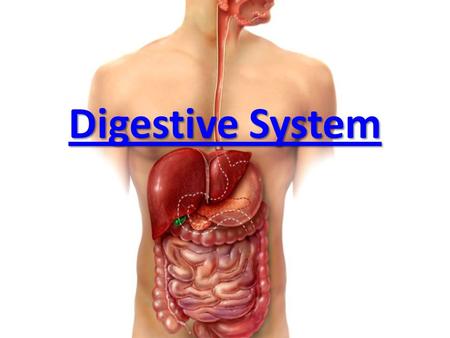 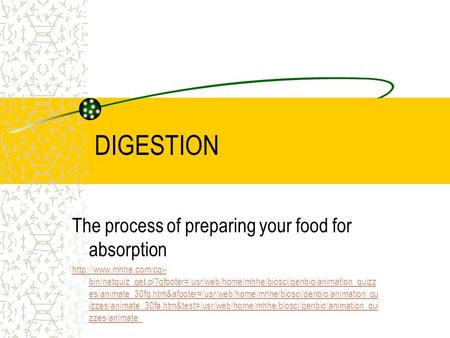 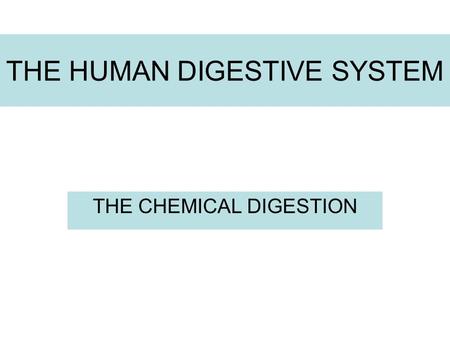 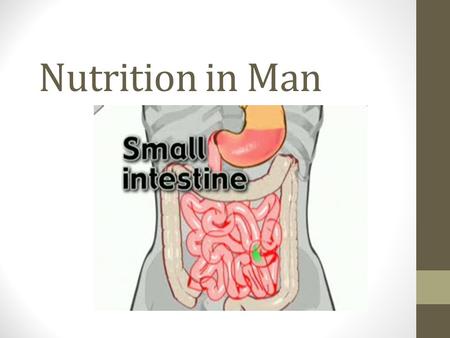 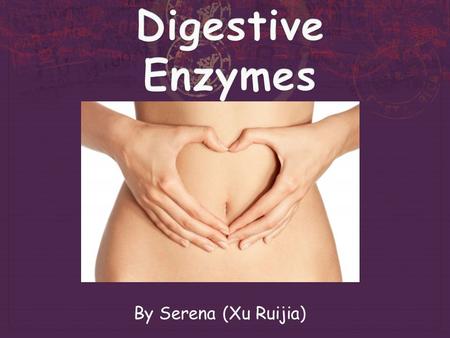 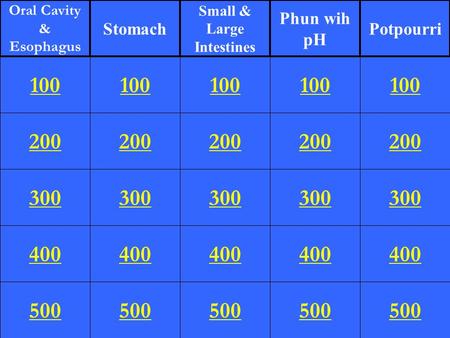 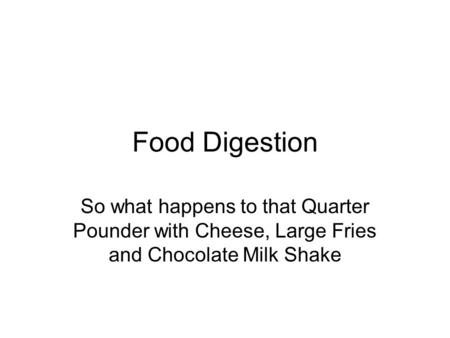 Food Digestion So what happens to that Quarter Pounder with Cheese, Large Fries and Chocolate Milk Shake. 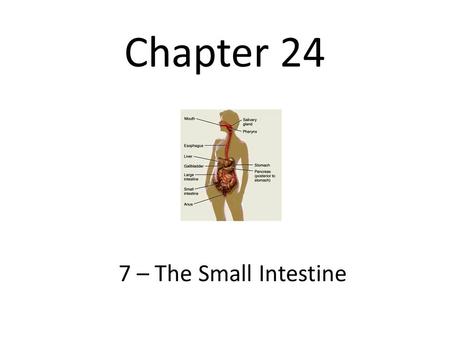 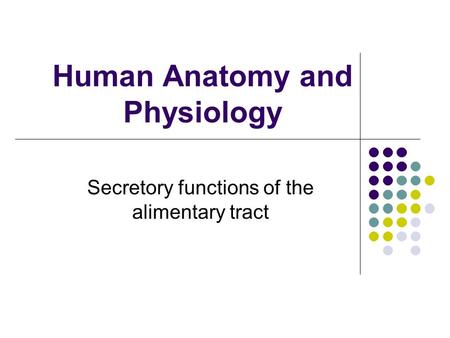 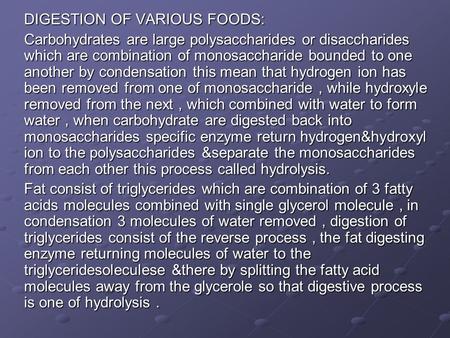 DIGESTION OF VARIOUS FOODS: Carbohydrates are large polysaccharides or disaccharides which are combination of monosaccharide bounded to one another by. 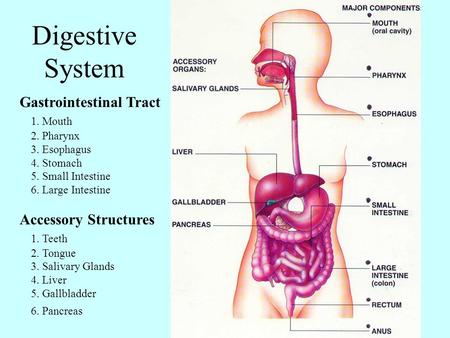 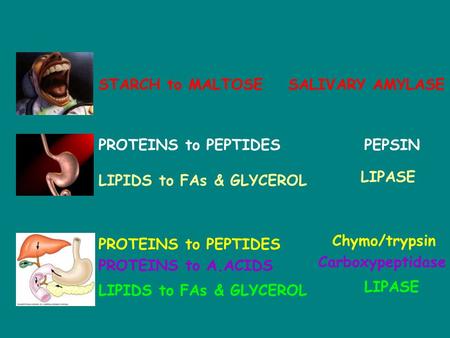