3 What is “Alternative Energy”? Any form of energy that is not derived from fossil fuels Alternative energy sources include: – Wind – Solar – Biomass (whazzat?) – Nuclear

4 Why do we need “Alternative Energy”? To combat the various problems of using energy as fossil fuels What are such problems? – Fossil fuels emit carbon emissions  global warming – Fossil fuels will run out  no energy to meet the needs of a large population

7 Nuclear power Nuclear power refers to the energy that is created through nuclear fission, which is the process of splitting two atoms. When two atoms are split, heat energy is produced  this heat is used to boil water and convert it into steam  the steam is used to “move” turbines, creating electricity

10 Hydroelectric Power Dams are built across rivers. Reservoirs behind the dams store the water. When opened, water would rush through the dams and turn the turbine generators, thus producing electricity

11 Advantages of hydroelectric power Clean source of energy - Hydroelectric dams do not burn fossil fuels so they do not produce any CO2 Cheap source of energy with low operational costs– water that flows through the river does not cost money to harvest At full power, Three Gorges reduces coal consumption by 31m tonnes (t) per year, avoiding 100m t of greenhouse gas emissions.

12 Disadvantages of hydroelectric power Requires much land space  destroys habitats Dependent on the level of rainfall  in periods of drought, the reservoirs may not have sufficient water to generate power

16 Disadvantages of solar power Dependent on cloud cover – only works well in places that do not have strong cloud cover: Singapore has very heavy cloud cover (which is quite counter-intuitive to us, isn’t it?) Inefficient source of energy… for now – costly to generate high amounts of power from solar 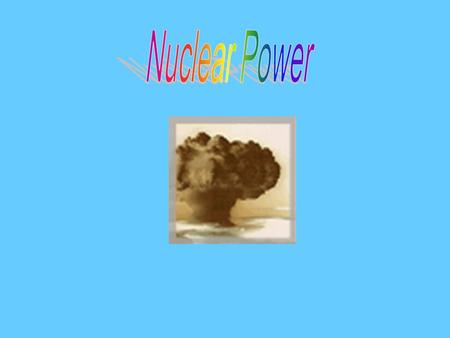