Presentation on theme: "The American Justice System Essential Questions: What are the steps of the criminal justice system? What do police do? What are the pre-trial steps of."— Presentation transcript:

2 "In the criminal justice system, the people are represented by two separate yet equally important groups: the police who investigate crime and the district attorneys who prosecute the offenders. These are their stories."

4 Steps of Police Work 1.Investigation of a crime by the police. – gather evidence to identify a suspect and support an arrest. 2.Arrest of a suspect by the police. – Taken into custody to hold until court – Probable cause is the legal requirement for an arrest. It means that there is a reasonable link between a specific person and a particular crime. https://www.youtube.com/watch?v=SC2ob oF9So8https://www.youtube.com/watch?v=SC2ob oF9So8 Cops- Hardcore!

5 Pre-trial Steps of Courts 1.Prosecution – If evidence strong enough, will decide to bring case to trial – When deciding whether to charge a person with a crime, prosecutors weigh many factors, including the seriousness of the offense and the strength of the evidence. 2.Indictment or information – Evidence must be brought to a grand jury, or a preliminary hearing to determine if there is evidence enough for a trial

6 Pre-trial Steps of Courts 3.Arraignment – defendant enters a plea in court Common: guilty and not guilty. No contest 4.Pretrial detention – temporary custody prior to trial. – Bail: money paid to ensure defendant will show up for trial. (can go home!)

7 The Trial Prosecutor vs. Defense attorney Judge or jury bring judgment: – Innocent until proven guilty. – Beyond a reasonable doubt Plea bargaining - the defendant agrees to plead guilty in exchange for a charge or sentence reduction.

8 Sentencing and Appeals If the accused is found guilty, a judge metes out a sentence. Attorneys can appeal to courts to retry/overturn the case

9 Corrections What is the point of corrections?

11 Which purpose of corrections do you think is most important?

13 Recidivism 44.1% of released criminals are arrested again within a year ~67% within three years – Increased drug use or start drugs – Learn how to commit more acts of crime

14 Beyond a Reasonable Doubt Read Article.

15 Read/Discuss: “Prisons of Our Own Making” - Ross Douthat What about granting clemency? Should governors be encouraged/allowed to reduce sentences? – Should they pay a political price?

Download ppt "The American Justice System Essential Questions: What are the steps of the criminal justice system? What do police do? What are the pre-trial steps of." 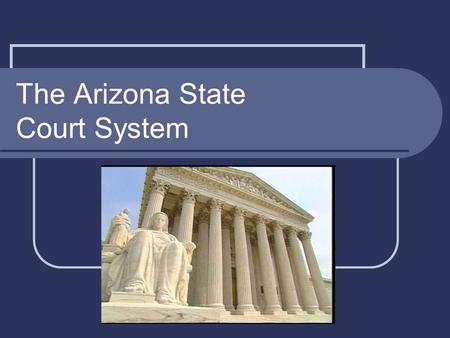