2  Lived: March 30, 1746-April 16, 1828  Last of the Old Masters and First of the Moderns  Court painter to the Spanish Crown  Chronicler of history  A model for painters that followed such as Picasso because of the subversive and subjective element to his paintings.

3 Goya became the painter for a number of the royal families in Spain starting in 1786 through 1789. This painting is of Charles IV of Spain and his family. Goya was known not to flatter his subjects as some artists did. Why was this risky?

4 Two of Goya’s most famous works are La maja desnuda and La maja vestida ( above). The paintings depict the same woman first without clothes than with clothes. He painted the nude first and their was outrage in Spanish society so then he painted the clothed maja. Most artists used mythology as an excuse to paint nudes so this was very bold to paint a nude without any sort of excuse. One source says this was” the first totally profane life-size nude in Western art. “

5 In 1808, the French invaded Spain during what was called the Peninsular War. This is a painting honoring the Spanish resistance to the French invasion. According to one art historian, this is “the first great picture which can be called revolutionary in every sense of the word, in style, in subject, and in intention". [ [

6 Goya became ill with cholera and a high fever in 1792 and became deaf because of this illness. The deafness and pain associated with his illnesses caused him to become depressed and, some say, insane. He began to do a series of B lack Paintings which to most people would be considered horrifying or haunting. Saturn Devouring His Sons is one example. An example of this would be his Courtyard with Lunatics. It shows a courtyard full of insane people in an asylum behind bars and gates. Barely clothed you can see the desperate loneliness and fear etched on their faces. Goya possibly painted this trying to reveal the horrors of the system for the mentally ill at that time. Some say that Goya himself went insane because of the accumulation of lead in his system from the paints he used for years. 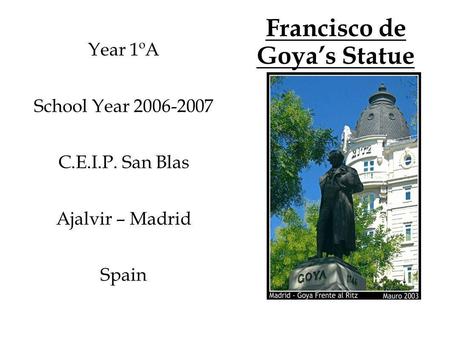 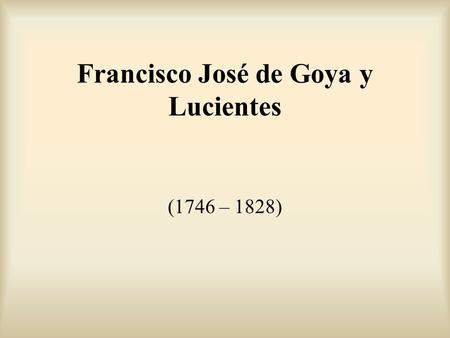 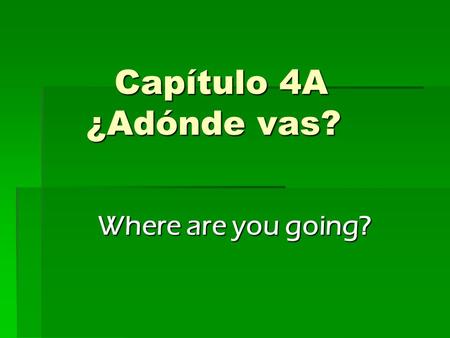 Capítulo 4A ¿Adónde vas? Where are you going?. Chapter Objectives  Talk about locations in your community  Discuss leisure activities  Talk about where. 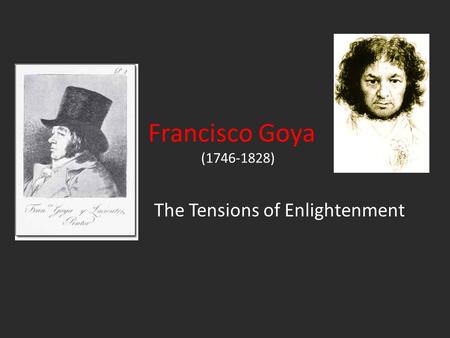 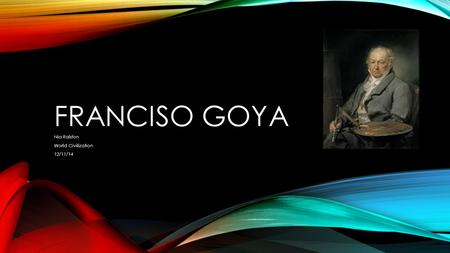 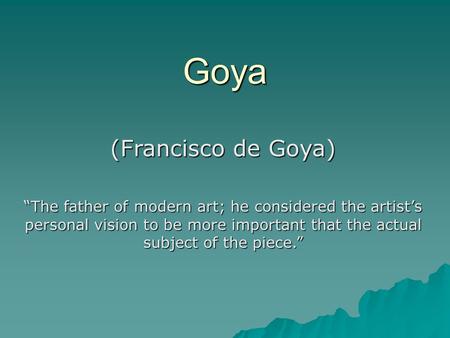 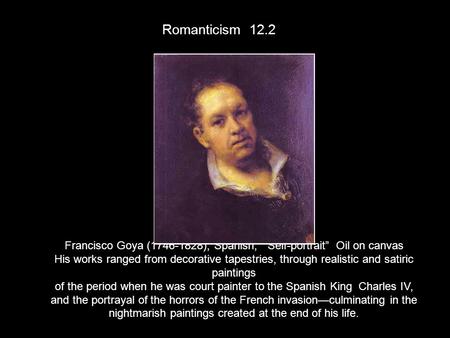