2 Where are the cities??

4 Urban Land Use Land use patterns in cities do not develop by chance. They are affected by decisions people make based upon their work, their type of home and what they have to spend their money on.

9 Skyscraper under construction in Dubai
Soon to not be the world’s tallest building.

15 Kibera Slum, Nairobi from the air.

17 Do you recognize this place?

18 Types of Land Use All land use in an urban place can be classified into one of five major groups: industrial, residential, commercial, transportation, and other

24 large industries are often next to bodies of water for cheap transportation or to use in processing
steel mills, oil refineries, cement plants also because of noise, smells and pollution located away from residential areas

26 modern industrial areas are located away from residential areas in “industrial parks”, with special services provided located close to highways for truck transportation

37 downtown and on major transportation routes leads to higher land values and therefore high density housing (because they generate enough money to pay for the land costs) eg., Harbourfront

38 the other factor is the age of the neighbourhood
neighbourhoods before 1930 tend to have higher densities because people walked or took streetcars, driveways or wide streets for cars were not necessary this led to narrow lots and compact neighbourhoods

40 Commercial only 5% of land for retailing, wholesaling, offices, and services really important to the economy two types: ribbons and centres

43 commercial centres can be grouped in five different categories: convenience, neighbourhood, community, regional and CBD, or central business district at each level more choice of services and products are offered see description on pages

45 Why? downtown buildings old and out of date the CBD hard to reach by car: roads clogged; parking expensive and hard to find rents cheaper in suburbs and therefore products/services too

47 It is the heart of a city. CBD is working hard to improve itself, for example CN tower, Skydome, Air Canada Centre, Yonge and Dundas - Bring the people back downtown. Page 254 has a good description.

51 local roads are smaller and carry smaller volumes of people between peoples’ homes and arterial roads local roads tend to be either on a grid or a garden pattern (see Fig. 21-5, page 251) other transportation land uses: parking lots and airports

59 Zoning governments (mainly municipal) pass laws which restricts the land use in certain areas in order to avoid conflicts See Fig on Page 258 for a zoning map.

60 Technology land use reflects the technology that existed when the land was developed eg., residential patterns in cities before the Depression and after WWII

61 since WWII near universal ownership and use of car has changed the face of urban areas built since then: wider arterial roads; shopping and work areas with own parking; truck transport and the rise of the expressway 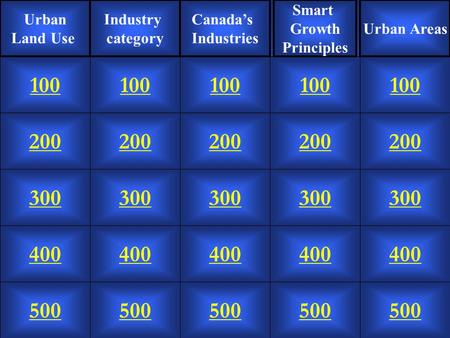 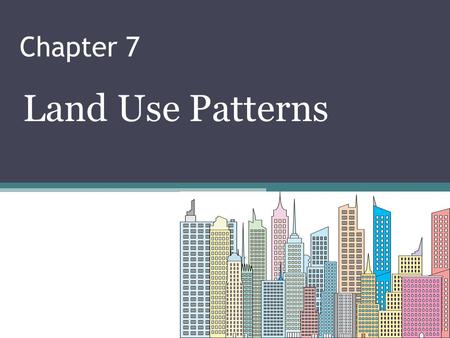 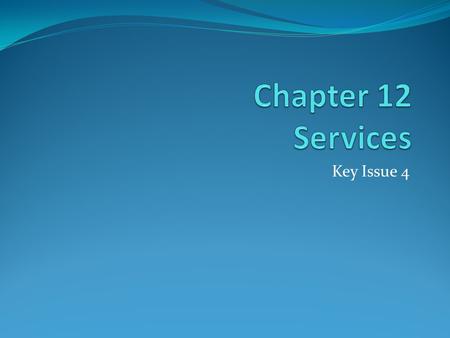 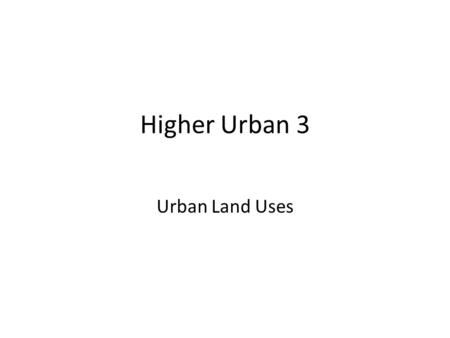 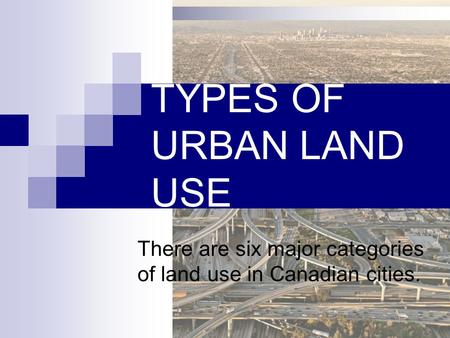 There are six major categories of land use in Canadian cities. 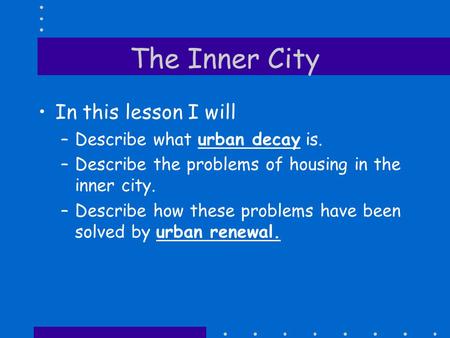 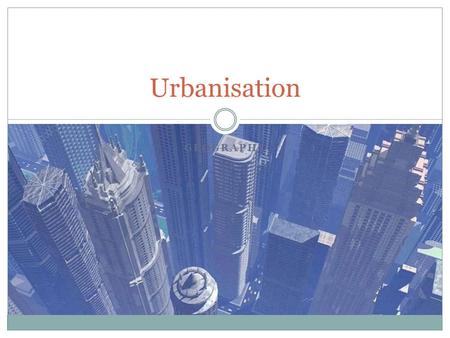