1 Get Real About HIV and AIDS

2 Tell Me What You Know About HIV/AIDS

3 Tell Me What You Want to Know About HIV/AIDS

4 History of HIV/AIDS First identified in the US in 1981
After people were getting sick with a rare type of cancer. First know case in the world was in 1959 in Africa. Scientist have identified a type of chimpanzee in West Africa as the source of HIV.

5 What is HIV? H: I: V: Human Only humans can get it. Immunodeficiency
Lower immunity, easier to get sick V: Virus DNA or RNA strands that invade host cells.

6 What is AIDS? A: I: D: S: Acquired Acquired from HIV Immune Deficiency
Syndrome Condition your body is in from HIV

7 So What’s the Difference?
HIV causes AIDS AIDS means a low white blood cell count Normal = about per drop of blood HIV infected person = may have less than 600 Person with AIDS = Less than 200

10 Ways you Can get HIV/AIDS
Sexual Contact (prevention…) Abstinence Fidelity A mutually faithful relationship with only one continuing sexual partner who is not HIV infected.

11 Ways you CAN NOT get HIV/AIDS?
Mosquitoes Toilet Seats Hugs/Kisses

12 Ways you CAN NOT get HIV/AIDS?
Swimming Pools Sharing glasses/food Pets

13 Do people with HIV get sick right away?
Absolutely not! People can live up to 10 years with no symptoms… AIDS usually diagnosed 2-5 years after symptoms occur Person becomes infected with HIV Symptoms Of Illness 2-10 Years Incubation Period 2-5 Years AIDS

14 How many people have HIV?
Every year about 55,000 people are diagnosed with HIV An estimated 1.1 million people in the US are living with HIV About 220,000 of these don’t know they have HIV Information Source: Centers for the Disease Control and Prevention

16 Video Corrections If a mother is pregnant and has HIV the baby will get it too! Most of the time the baby will not get HIV. Gay people get it Everyone can get it They now have a couple of different tests for HIV and have been using them for a long time. 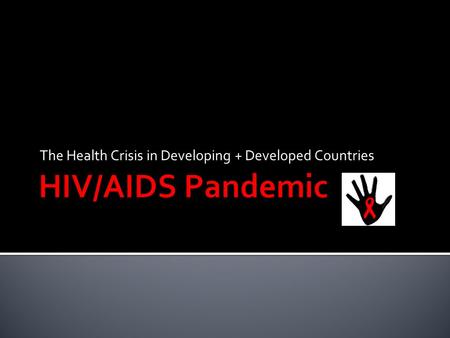 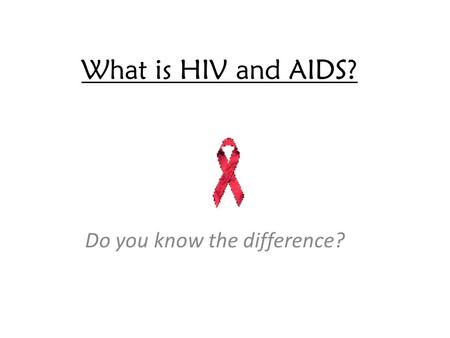 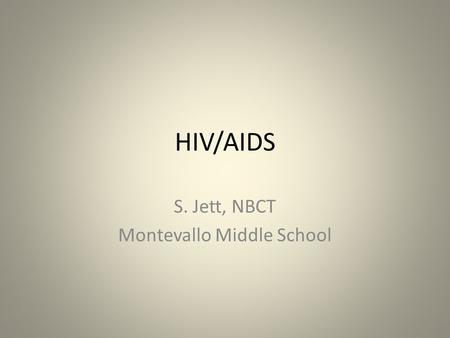