Introduction: How to Clone a gene?

1 Introduction: How to Clone a gene?
Manipulation of DNA sequences in organisms Is known as genetic engineering Techniques used to engineer genes Are called recombinant DNA technology

2 Using Plasmids in Cloning
Are small, circular DNA molecules Are often found in bacteria Replicate independently of the chromosome Plasmids can serve as a vector A vehicle for transferring recombinant genes to a new host

4 Applications Recombinant Plasmids are extremely useful because it allows manufacturing mass quantity of biological molecules. For example: Protein used to dissolve blood clots in heart attack therapy (tissue plasminogen activator) Insulin Hepatitis B surface antigen, to vaccinate against the Hep B virus Gene for pest resistance that is inserted into plants Gene used to alter bacteria for cleaning up toxic waste

5 Cloning Genes in Recombinant Plasmids
In order for recombinant DNA to be useful it must be made in vast amounts. HOW? Isolate 2 different DNA = bacterial plasmid that serves as vector, and human DNA of interest Treats both DNA with same RESTRICTION ENZYME Sticky ends of the DNA joins by DNA ligase. Result : Recombinant DNA plasmid containing gene of interest. Plasmids is inserted into bacterial cells by transformation Gene Cloning – Bacteria reproduces = mass production of the recombinant DNA

6 Restriction Endonucleases
1962: “molecular scissors” discovered in bacteria. Also called restriction enzymes E. coli bacteria have an enzymatic immune system that recognizes and destroys foreign DNA 3,000 enzymes have been identified, around 200 have unique properties, many are purified and available commercially

7 Origins of Restriction Enzymes
Discovered in bacteria. They restrict the growth of bacteriophage by cutting the viral DNA and rendering them harmless.

8 Restriction Endonucleases
Why don’t bacteria destroy their own DNA with their restriction enzymes? DNA Modification

12 Restriction Enzyme in Action
This slide shows a restriction enzyme cutting DNA. The enzyme used here is EcoRI, which cuts at any site where the base sequence is GAATTC. Sticky Ends

14 Lab 2 (Tab B): Clone That Gene
Students will prepare a recombinant plasmid by using restriction enzymes

24 How does it work? DNA is cut into smaller fragments.
Loading dye is used to sink the DNA into the wells in the gel and to track the movements of DNA The negative DNA molecule is attracted to the positive (RED) electrode. DNA moves based on size and structure; with the smallest fragments move fastest

26 Goals of this Hands-On Lab
Compare cut vs uncut plasmid DNA by running them through a gel. Look for different banding patterns and understand how to read them. Predict what kind of banding pattern a plasmid will make based on: The restriction enzyme used. The plasmid’s structural shape.

29 Why? Lab 5: Transformation
Plasmid vectors can be introduced into bacteria by transformation: the process of taking up DNA from the environment Why? If a recombinant plasmid can be inserted into a bacterial or yeast cell The foreign DNA will be copied and transmitted to new cells as the host cell multiplies Produces millions of identical copies of specific genes 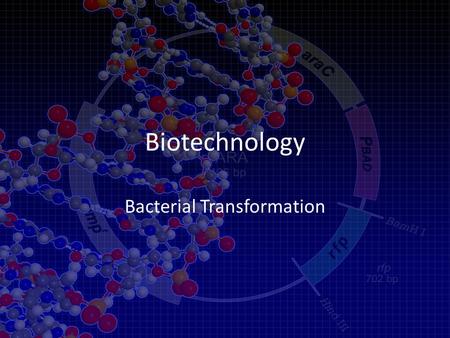 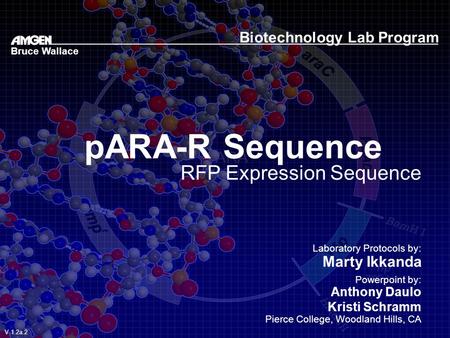 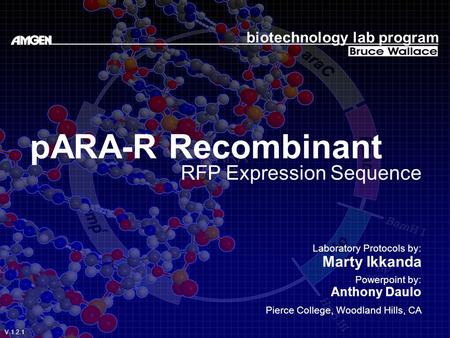 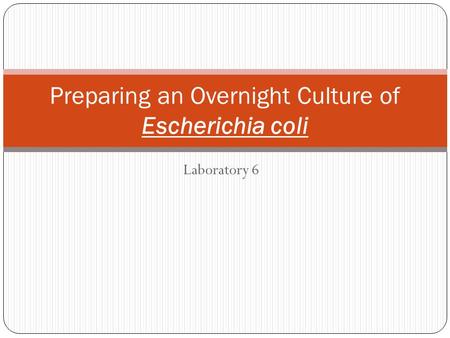 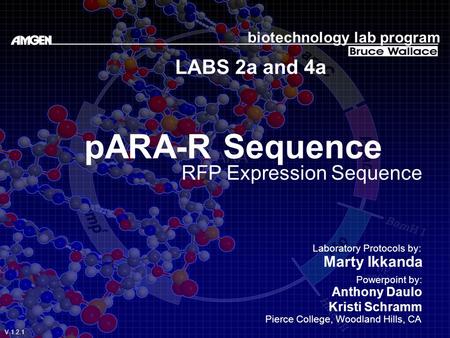 pARA-R Sequence LABS 2a and 4a RFP Expression Sequence 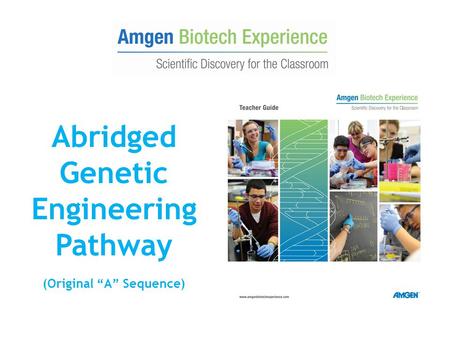 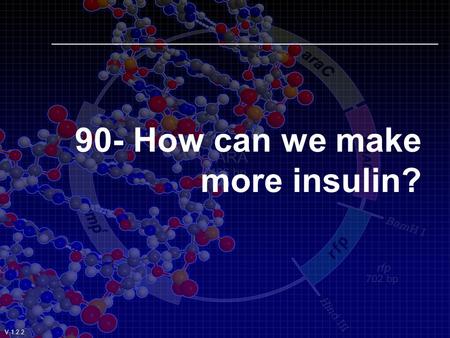 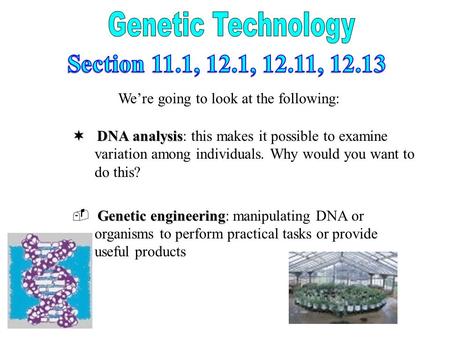