Presentation on theme: "AN OVERVIEW The Bible. Biblia, a Greek word meaning “little books” Old Testament written by and for the Jewish community of faith between the 12 th and."— Presentation transcript:

1 AN OVERVIEW The Bible

2 Biblia, a Greek word meaning “little books” Old Testament written by and for the Jewish community of faith between the 12 th and 2 nd centuries BCE. Written in Hebrew, therefore most scholars call it the Hebrew Bible. New Testament 27 documents produced by the early Christian movement between about 50 and 150 CE

3 BCE and CE “Before Common Era” and “Common Era” These references are religiously neutral; previously the terms BC (before Christ) or AD (anno domini, Latin for in the year of the Lord) were used

4 The Bible a diverse anthology of documents composed over a period of 1,100 years Its general theme is God’s unfolding purpose for the humans he created “in him image and likeness” The making of covenants function as God’s means of relating to humanity Each major section opens or closes with a statement about God’s repeated promises to give Israel a national homeland

6 Why Study the Bible from a historical perspective? “Because Western society, to an incalculable extent, is shaped by ancient Judeo-Christian religious traditions preserved in the Bible, a knowledge of the historical, social, and religious forces that prompted biblical authors to express their particular views helps us to understand better our own way of life.”

7 “Israel” The name “Israel” has multiple meanings Most often refers to the ancient Near Eastern people with whom God entered into a special partnership Or: the 12 tribe union under Kings Saul, David, and Solomon (1020-922 BCE) Or: the 10 northern tribes separated from Judah after Solomon

8 Yahweh The sacred name of Israel’s God, referred to almost 7,000 in the classical Hebrew translation It is derived from the verb “to be”, meaning “he is” or “he causes to be”

9 Tanakh an acronym based on the first letter of each of its three major divisions—  Torah (divine instruction)  Nevi’im (Prophets)  Kethuvim (Writings) Tanakh, was written in the Hebrew language. It explores the relationship between God and Israel, his chosen people, with whom he extends a series of covenants (pacts or agreements)

11 Nevi’im The first part relates the historical experience of Israel from its conquest of Canaan to the destruction of its capital, Jerusalem by the Kingdom of Babylon  Joshua, Judges, 1 and 2 Samuel, 1 and 2 Kings; and Isaiah, Jeremiah, Ezekiel, and the “Scroll of the Twelve”= Amos, Hosea, Micah, Joel, etc. The second part consists of pronouncements by oracles or prophets, said to be divinely inspired.

Download ppt "AN OVERVIEW The Bible. Biblia, a Greek word meaning “little books” Old Testament written by and for the Jewish community of faith between the 12 th and." 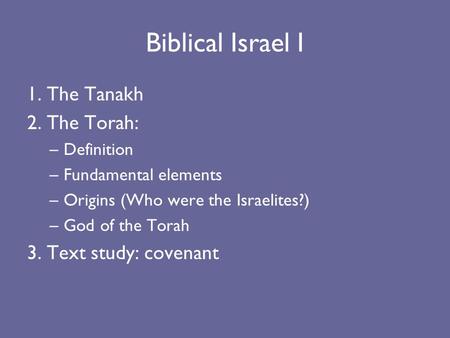 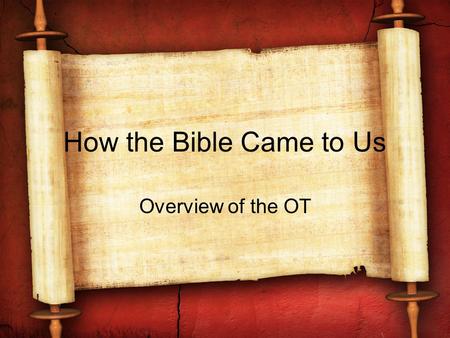 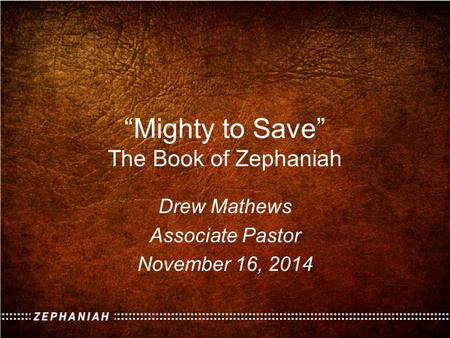 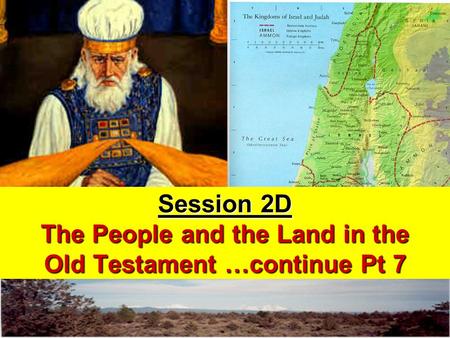 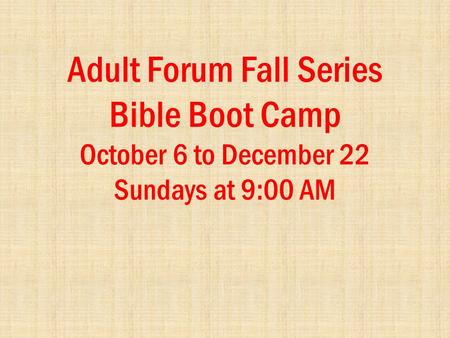 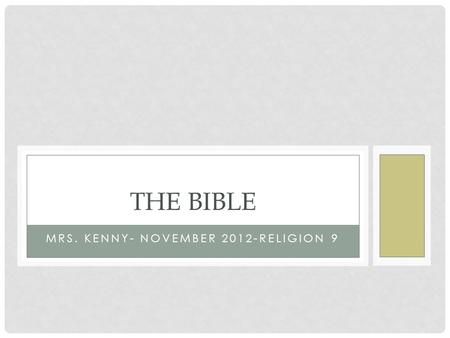 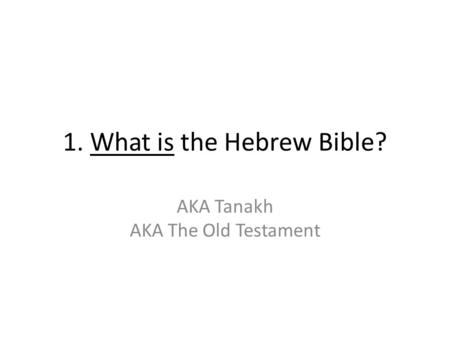 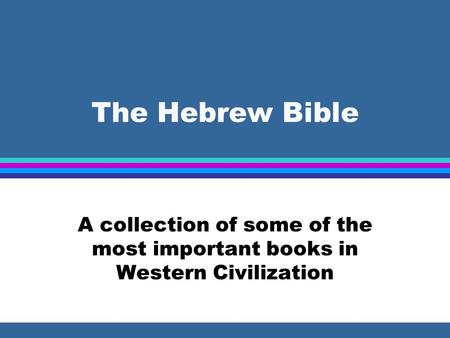 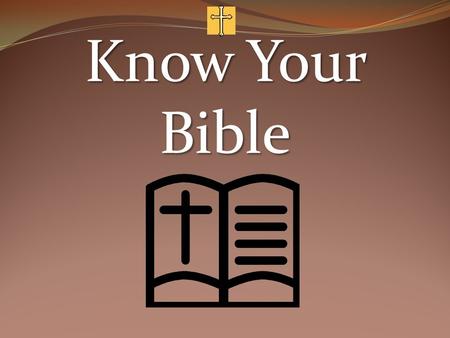