Presentation on theme: "I can: compare and contrast different types of wave Do Now: What do you know about waves? Draw a concept web."— Presentation transcript:

1 I can: compare and contrast different types of wave Do Now: What do you know about waves? Draw a concept web

2 A wave is a rhythmic disturbance which carries energy through space or matter. A medium is a material through which a wave transfers energy.

3 Types of Waves Based on the way they move, there are 3 different types of waves: 1. Transverse Waves 2. Compressional Waves 3. Electromagnetic waves

4 Transverse Waves In a transverse wave, the wave's medium move perpendicular to the direction of the wave. Ex. ocean waves, light waves For example, as the wave moves left to right, the medium moves up and down.

5 Say you're waterskiing down at the lake and you wipe out. As you float in the water and a wave goes by, what does your body do as the wave passes?

14 Compressional Waves A compressional wave vibrates in the direction that the wave is travelling. These waves are also known as longitudinal waves. Examples: slinky, sound waves

16 I can: Describe how sound waves are created Do Now: Compare and contrast the two waves in terms of their amplitude, wavelength, and frequency

22 Light waves They are transverse waves Travel about 300 million meters per second or 186,000 miles per second Also called electromagnetic waves Light consists waves of different wavelengths –These create the colors of the rainbow

24 Seeing colour The colour an object appears depends on the colours of light it reflects. For example, a red book only reflects red light: White light Only red light is reflected

25 Reflection and Refraction Reflection is where a wave strikes an object and bounces off.

27 Examples of the Law of Reflection:

28 Refraction is the bending of a wave as it enters a different medium, due to a change in speed.

30 Because of light refraction, a person bow fishing would not aim directly at the fish. Where should they aim? Hmmmm………..

Download ppt "I can: compare and contrast different types of wave Do Now: What do you know about waves? Draw a concept web." 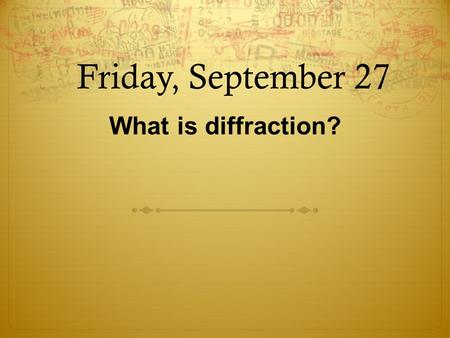 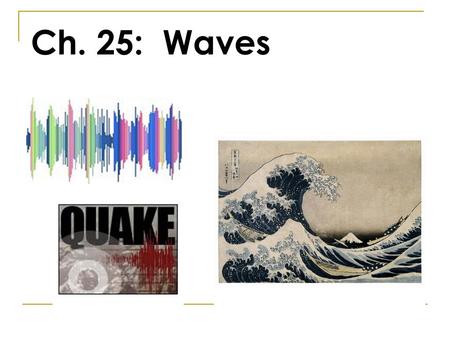 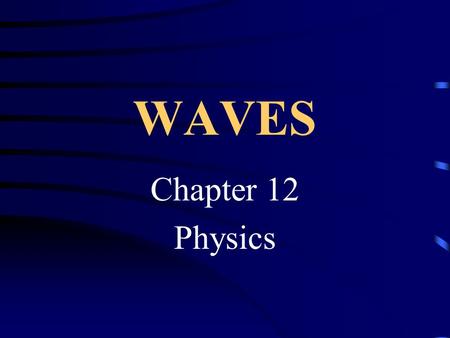 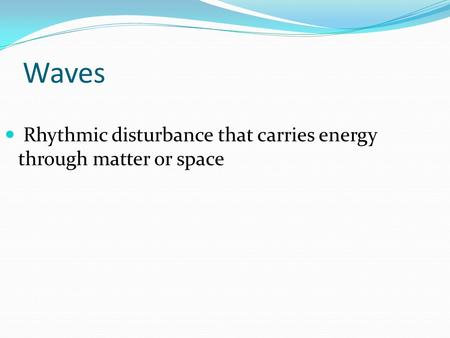 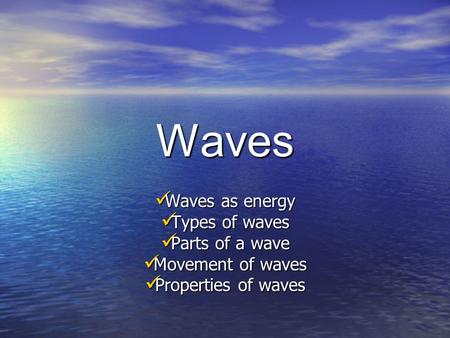 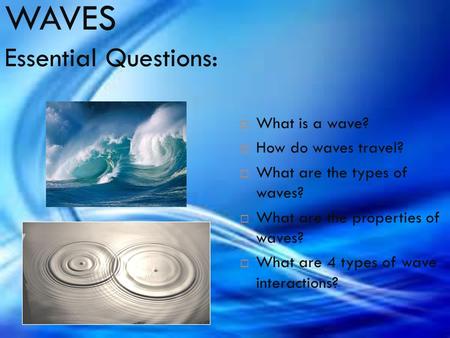 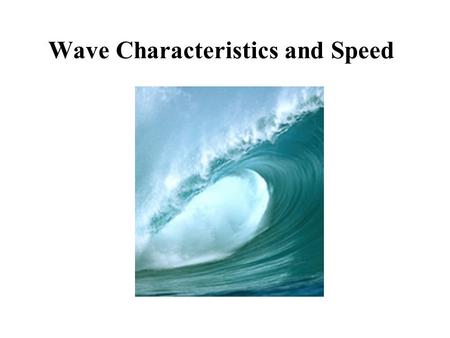 Wave Characteristics and Speed. a traveling disturbance that carries energy through matter or space matter moves horizontally or vertically just a little, 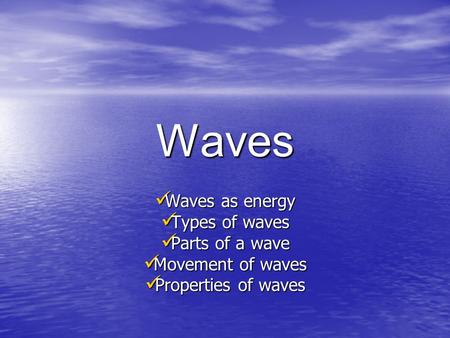