Presentation on theme: "Writing Assignment Of the six causes that Stampp presents, which one do you feel was the leading cause of the war? 8-12 sentence paragraph."— Presentation transcript:

1 Writing Assignment Of the six causes that Stampp presents, which one do you feel was the leading cause of the war? 8-12 sentence paragraph

3 A. Growth of Republican Party Political party created in 1854 for those who didn’t want slavery to expand Other main party was the Democrats Party candidate in presidential election of 1860: Abraham Lincoln

5 C. Party Platform “…we deny the authority of Congress, of a territorial legislature, or of any individuals, to give legal existence to slavery in any territory of the United States.” “[Speaking of any territory of the United States]…all citizens of the U.S. have an equal right to settle with their property in the Territory, without their rights, either of person or property, being … impaired…” Which quote belongs to which party? Do you feel that either side is willing to compromise?

6 D. Results Results: Who won? Southern response: South Carolina becomes the first state to secede from the Union. Secede- state declares itself independent from the U.S.

9 I. Key Figures in the Civil War

11 B. Robert E. Lee Head commander of the Confederate army First choice of Lincoln for the Union army, but he did not want to fight against his home state of Virginia Very respected leader

12 C. Thomas “Stonewall” Jackson General in the Confederate army Considered Lee’s right hand man Known for great military tactics What happened to him? Happened right before Gettysburg – many believed that had he lived, the South would have won the war

13 D. George McClellan First head commander of Union forces Known for being too cautious and hesitant to attack Fired twice by Lincoln

15 F. William T. Sherman General in the Union army Known for “Sherman’s March” Went up the coast from Atlanta and burned and destroyed Southern cities Trapped Lee between himself and Grant before Lee surrendered

16 Guided Practice Using pages 314-319, identify the strengths and weaknesses of the North and the South. Organize this into a T-Chart. Your T-Chart should include information about the following for EACH side: Financial situation Weapon/factory production Population size Military skill Transportation/railroad access NorthSouth Strengths Weaknesses If one is a strength of one side, it is a weakness of the other side. BE SURE EXPLAIN WHY EACH ONE OF THESE CATEGORIES IS A STRENGTH OR WEAKNESS FOR THE NORTH OR SOUTH IN 1-2 SENTENCES.

Download ppt "Writing Assignment Of the six causes that Stampp presents, which one do you feel was the leading cause of the war? 8-12 sentence paragraph." 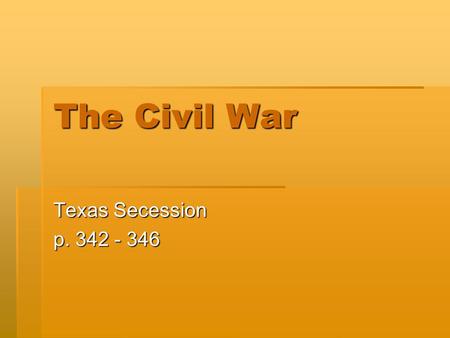 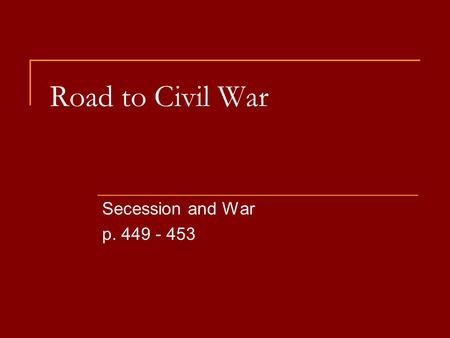 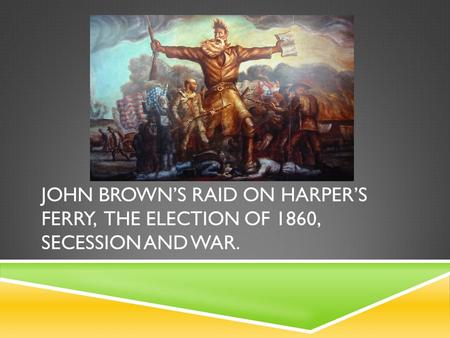 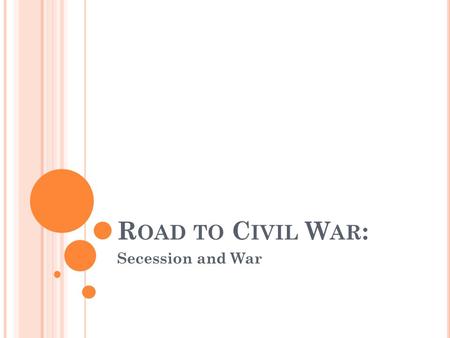 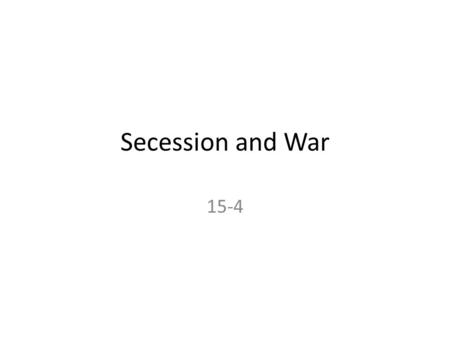 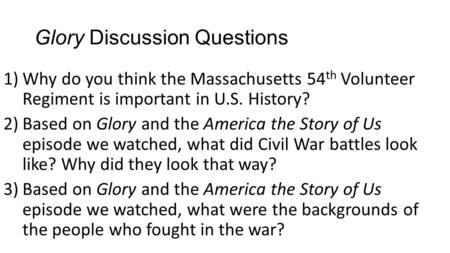 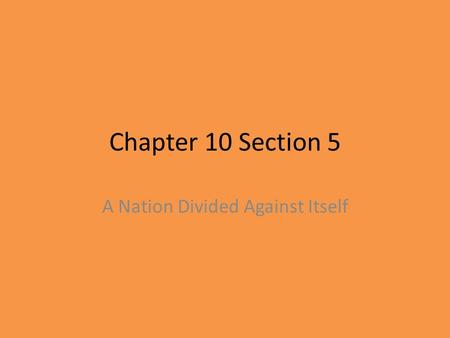 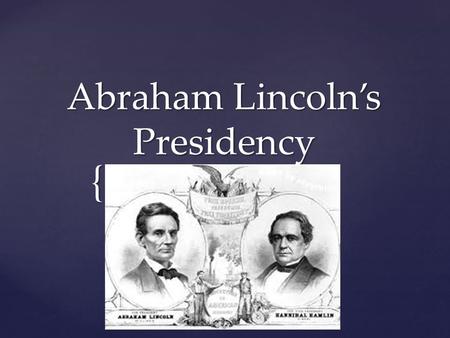 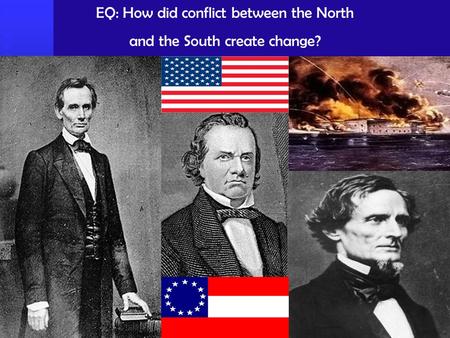 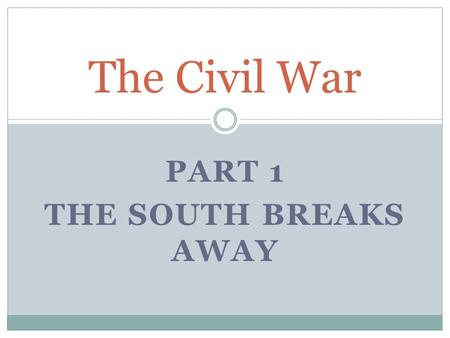 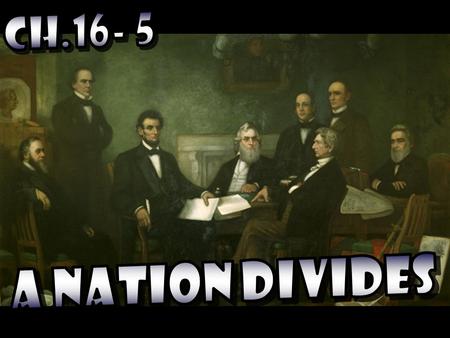 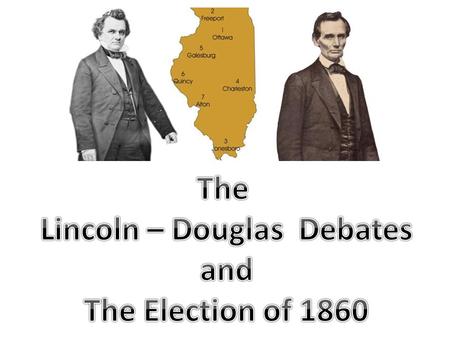 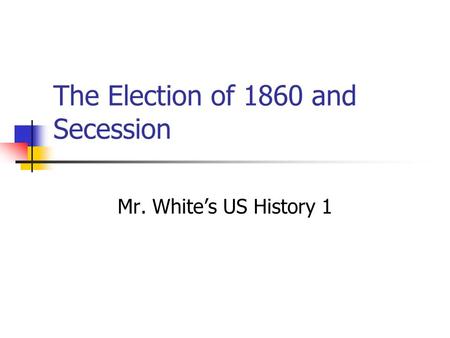 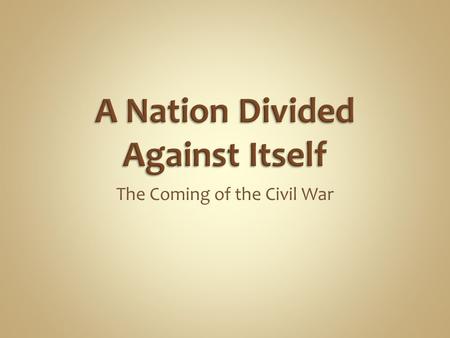