2 Basis of US Copyright Law U.S. Constitution: [Article I, Section 8] “The Congress shall have Power… [Clause 8] To promote the Progress of Science and useful Arts, by securing for limited Times to Authors and Inventors the exclusive Right to their respective Writings and Discoveries…” Note: The founding fathers did not feel the need to empower Congress to create physical property rights.

5 Exception: First-Sale Rule When a copyright owner sells a copy of a work, he relinquishes control over that copy but not over the work. The work cannot be reproduced by the purchaser, but the copy can be loaned, resold, or given to someone else. “Promotes progress” by enabling, e.g. –libraries –used book stores

6 Digital Millennium Copyright Act (1998) Illegal, except under narrowly defined special circumstances, to circumvent effective technological protection measures Illegal to distribute circumvention tools Gives content owners a property right in technological protection system (TPS) as well as the content that the TPS protects. In SAT terms, circumvention is to infringement as breaking and entering is to burglary.

8 Techies’ Objection to DMCA What is an “effective technological protection measure?” – If a skilled hacker can break it, is it “effective”? – If an average computer-literate person can break it, but few do, is it “effective?” Weakens incentives for content owners to pay for good IP-management technology. Shifts costs from content owners to society at large, by shifting responsibility from TPSs to courts and police. Exceptions for R&D are vague.

11 Structure is Challenged by Digital Works Digital documents are fundamentally different: –Copies are perfect. –Copies can be made at zero cost. –Copying is not necessarily a good proxy for infringement. Digital Rights Mngt. (DRM) is imperfect: –Perfect DRM could moot fair use: no infringement, no charge, no defense. –But DRM cannot be perfect in today’s computers. General purpose PCs are programmable, and hence DRM is circumventable (at least by experts).

12 Dual Views of the Problem Rights Holders and Distributors: DRM doesn’t suffice. Digital copying, modification, and distribution are uncontrollable. We need more legal and social sanctions. Fair-Use Advocates and (Some) Consumers: DRM works too well. Some rights holders now have more control than they do in the analog world. Normal use can often be monitored and controlled in the digital world.

15 Best DRM is a Great Business Model “The first line of defense against pirates is a sensible business model that combines pricing, ease of use, and legal prohibition in a way that minimizes the incentives for consumers to deal with pirates.” Lacy et al., IEEE Symposium on Industrial Electronics, 1997.

16 Holy Grail: A Great Business Model for Internet Music Distribution Hal Varian (quoted in C. Mann’s 2000 “Heavenly Jukebox” article): “Maybe Coke will find a way integrate itself directly into the shows. Or they’ll release the music free on the Internet, except that it will be wrapped in a commercial.” What’s the difference if the Spice Girls are marketed by Coca- Cola or by Virgin Records, soon to be a subdivision of AOL-Time Warner? 2000 Sales by RIAA members: $15B 2000 Coca-Cola Net Operating Income: $20.5B

18 Notes on Client-Server Interaction Proprietary protocol and db search. No MP3 files stored on server. Don’t need usernames. Could have made the service anonymous. No need to save IP addresses between sessions. Many are assigned dynamically. Discussion point: Are anonymity and memorylessness threats or opportunities for business?

21 Napster History, continued July, 2000: US District Judge Patel grants RIAA’s request for an injunction. The injunction is temporarily stayed soon thereafter. October, 2000: Napster announces a partnership with Bertlesmann AG (one of the “major labels” in the industry whose trade association is suing it!). January, 2001: Napster and Bertlesmann say that they will roll out a “subscription service” by “early summer” and will use “DRM technology.”

22 Napster History, continued February, 2001: Ninth Circuit upholds lower court’s findings that Napster is guilty of contributory and vicarious infringement. Summer, 2001: Napster and Bertlesmann fail to roll out subscription service. September, 2001: Napster reaches a settlement with music publishers (but not with RIAA record labels). However, CNET.com reports the number of users has “dropped from tens of millions…to almost zero.” Napster, R.I.P.

23 RealNetworks Business Model The basic RealPlayer software is free. Users may pay a small fee for an advanced version with more features. This is one of the RealNetworks revenue streams. Services and advertising constitute a separate revenue stream. A third revenue stream is derived from charging broadcasters of streaming data for the RealServer software. In summary, the (slightly oversimplified) business model is: Give away the player, sell the server!

24 “Daft Club” Model Purchase Daft Punk CD and you also get a “personalized code” that gives you access to the Daft Club server. From it you get: – Ability to download a new Daft Punk “bonus track” each month. The bonus tracks are not released on CDs. – Access to the rest of the Daft-Club user community. Bonus tracks will be wrapped with DRM metadata that says they can’t be copied. Almost surely circumventable, but would many people bother circumventing?

25 “Napster++ as Superdistribution” Model (Napster--??) Napster users pay monthly subscription fee. They can download DRM-wrapped songs from Bertlesmann server. (And other labels if others also settle.) When they redistribute via P2P file sharing, they get rebates on their next month’s subscription fees. DRM system keeps track. They retain the chat-room, “Napster community” network effects. Again, probably circumventable. But is there a price point at which circumvention would not be worth it?

26 “Street Performer” Model Novelist gives chapter 1 to publisher and promises rest of book after she is paid $X. Publisher posts chapter 1, collects payments, issues signed receipts to customers (“donors”?). If publisher collects $X+Y, he gets rest of book from novelist, posts it, gives $X to novelist, and keeps $Y. If he collects less than $X+Y, he sends refunds to customers. Also, if novelist doesn’t deliver rest of book, she gets bad publicity and customers get refunds.

29 Fast-forward to 2003 None of those intriguing business models has succeeded in practice. Apple successfully launches iTunes. Is it Mann’s Holy Grail?

30 Discussion Point After many years of online music distribution, many failed business models, and the success of iTunes, we have Jobs’s suggestion to do away with DRM. Key component of the argument: People who are currently paying for music are not doing it because DRM has forced them to.

34 DeCSS Violates DMCA (continued) Magazine that published the DeCSS algorithm got sued. – Question: Is this different from “a reputable journal” publishing research? Question: Is DeCSS different from a regular DVD player? Questions: Does DeCSS fit under any of the DMCA exceptions? Where is the copyright violation?

35 Adobe eBook Processor Violates DMCA Adobe established one format for electronic books: the eBook. To use eBooks, purchase and download them, and view them using a special reader (Adobe eBook software). The eBook format contains provisions for publisher controls on: – Text-to-speech processing – Copying to another device or making a backup – Translating between formats

36 Adobe eBook Processor Violates DMCA (continued) ElcomSoft, a Russian company, created AEBPR, the eBook Processor. – AEBPR translates eBooks to Adobe PDF. – Software available for purchase on ElcomSoft’s website and through a U.S. firm, RegNow (used for handling payments). Dimitri Sklyarov, one of the designers, presented his methods at DEF CON, a conference in the U.S.

38 Adobe eBook Processor Violates DMCA (continued) Question: Does the software simply allow “fair use” that was prevented by Adobe’s format? (Does that even matter?) – People can make backups of eBooks they bought and don’t want to lose. – People can transfer copies to their laptop or handheld. – People with visual impairments can have the computer read the eBook. Other Questions: Is AEBPR a product of research? Is the eBook an effective TPS? 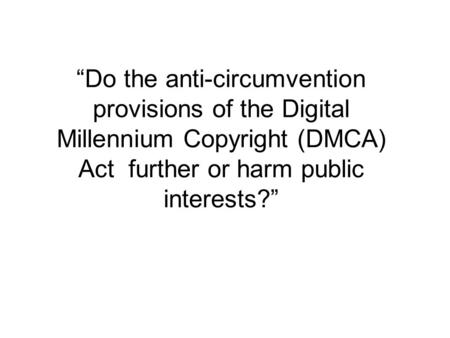 Do the anti-circumvention provisions of the Digital Millennium Copyright (DMCA) Act further or harm public interests? 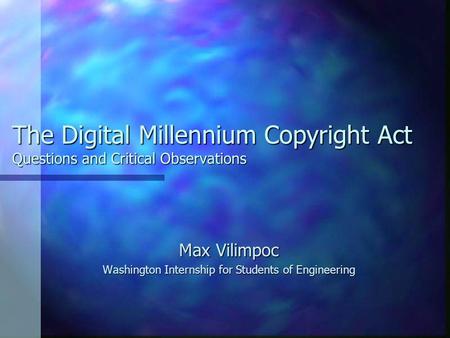 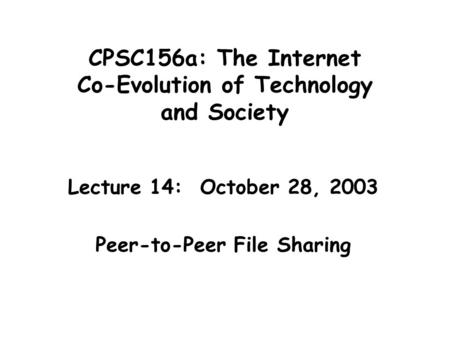 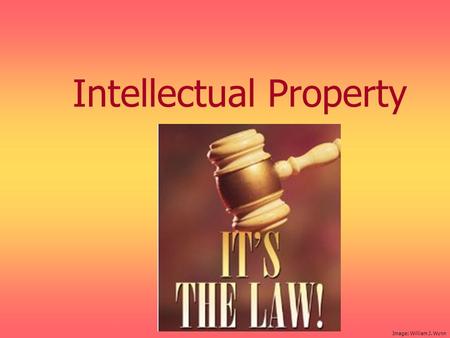 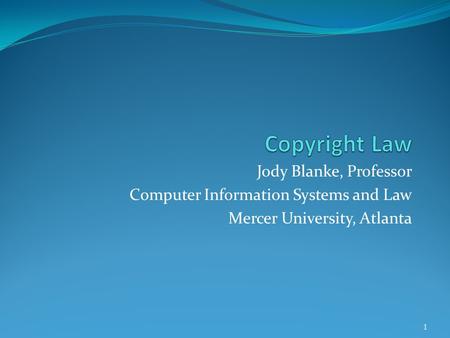 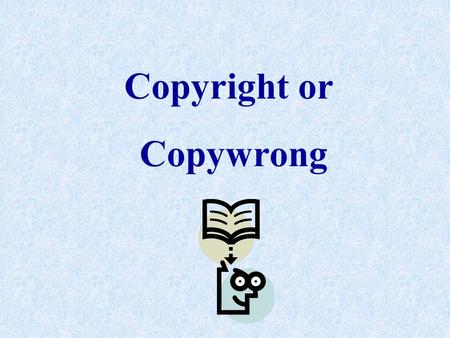 Copyright or Copywrong. What is a copyright and what can be copyrighted? What is “Fair Use” and what four factors determine “Fair Use”? What are the two. 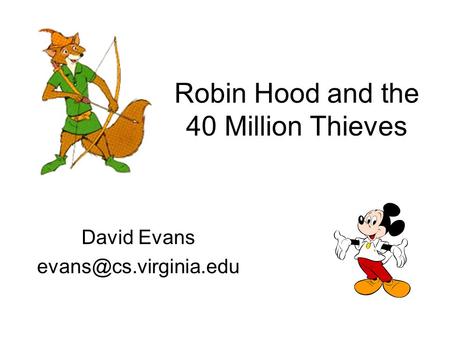 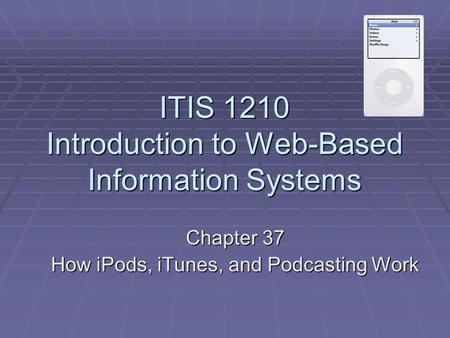 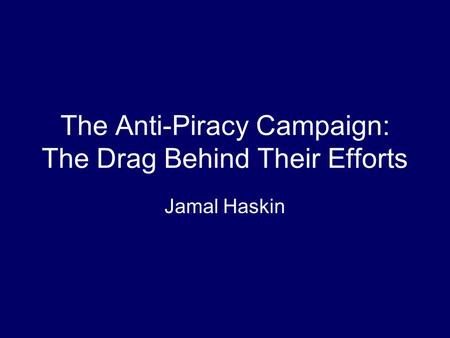 The Anti-Piracy Campaign: The Drag Behind Their Efforts Jamal Haskin. 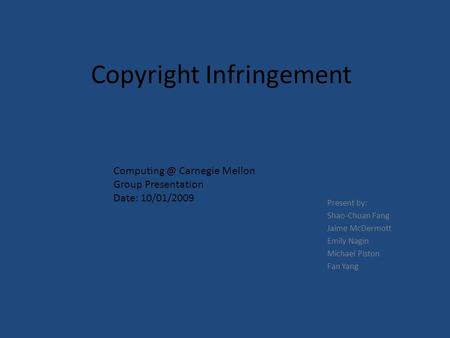 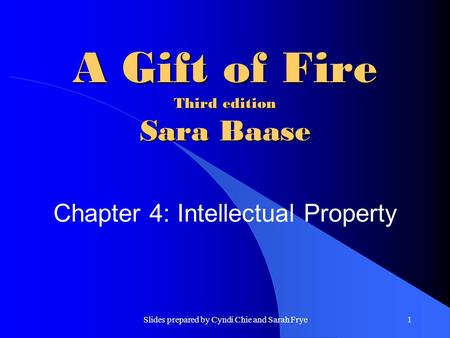 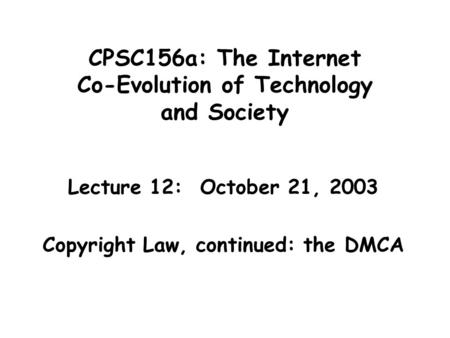 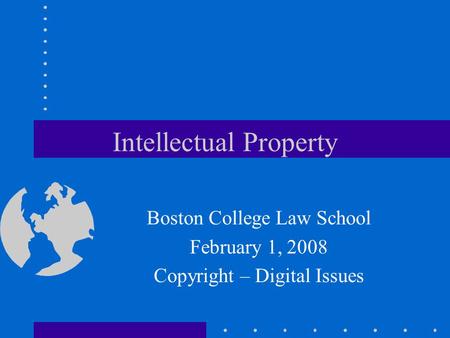 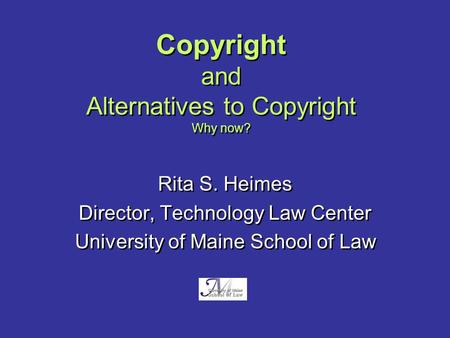 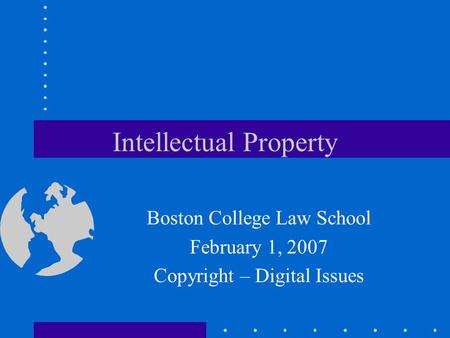 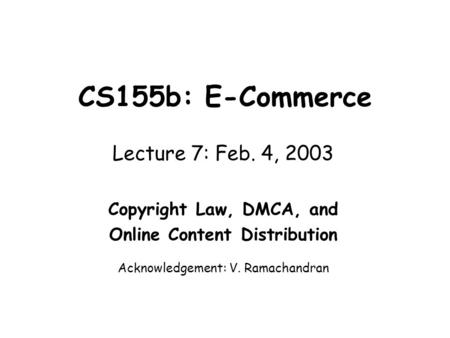 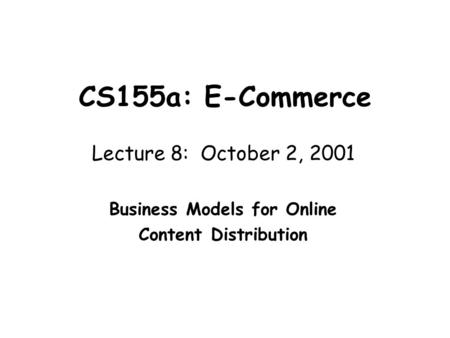 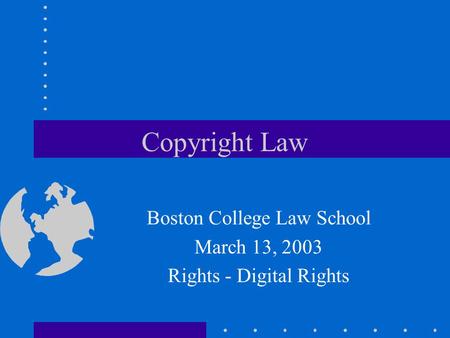 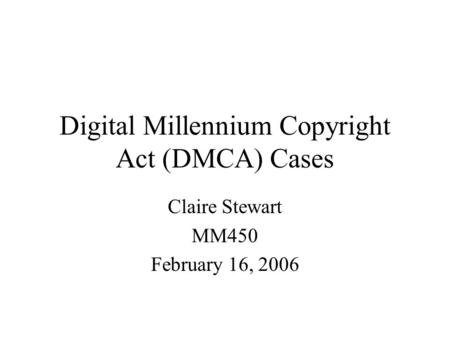 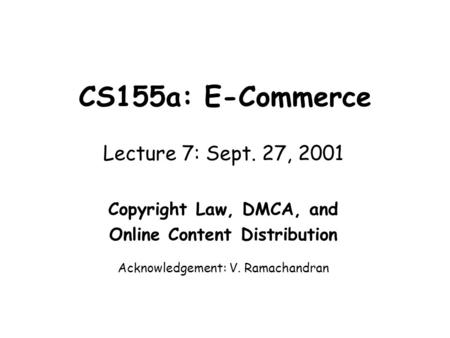