2 2 FPGAs Historically, FPGA architectures and companies began around the same time as CPLDs FPGAs are closer to “programmable ASICs” -- large emphasis on interconnection routing –Timing is difficult to predict -- multiple hops vs. the fixed delay of a CPLD’s switch matrix. –But more “scalable” to large sizes. FPGA programmable logic blocks have only a few inputs and 1 or 2 flip-flops, but there are a lot more of them compared to the number of macrocells in a CPLD.

7 7 CLB function generators (F, G, H) Use RAM to store a truth table –F, G: 4 inputs, 16 bits of RAM each –H: 3 inputs, 8 bits of RAM –RAM is loaded from an external PROM at system initialization. Broad capability using F, G, and H: –Any 2 funcs of 4 vars, plus a func of 3 vars –Any func of 5 vars –Any func of 4 vars, plus some funcs of 6 vars –Some funcs of 9 vars, including parity and 4-bit cascadable equality checking

13 13 Problems common to CPLDs and FPGAs Pin locking –Small changes, and certainly large ones, can cause the fitter to pick a different allocation of I/O blocks and pinout. –Locking too early may make the resulting circuit slower or not fit at all. Running out of resources –Design may “blow up” if it doesn’t all fit on a single device. –On-chip interconnect resources are much richer than off-chip; e.g., barrel-shifter example. –Larger devices are exponentially more expensive. 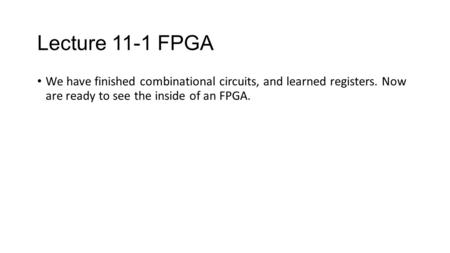 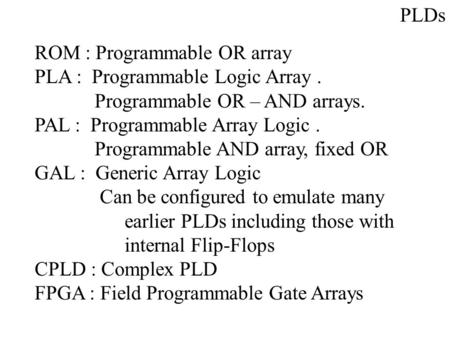 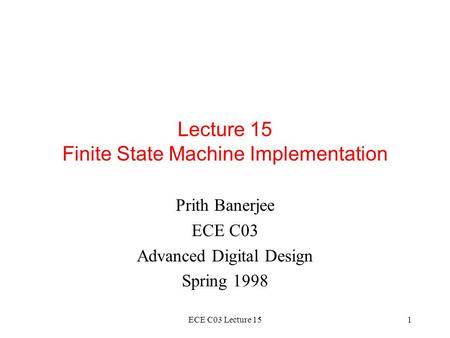 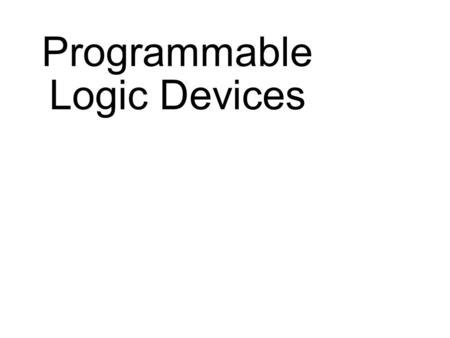 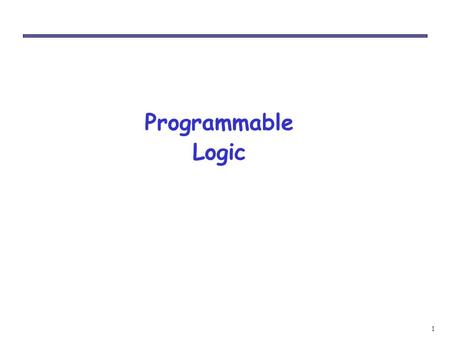 1 Programmable Logic. 2 Prgrammable Logic Organization Pre-fabricated building block of many AND/OR gates (or NOR, NAND) "Personalized" by making or breaking. 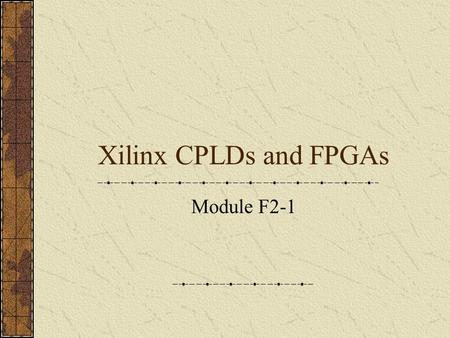 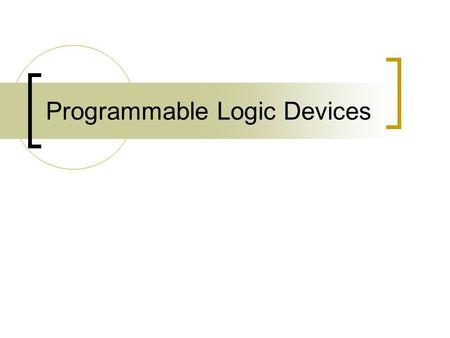 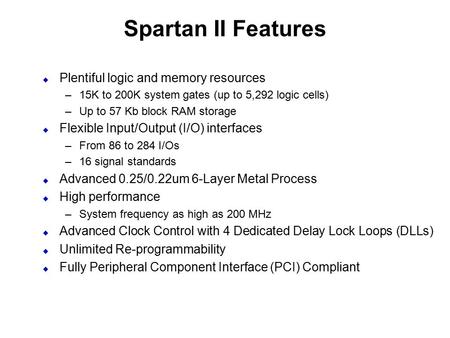 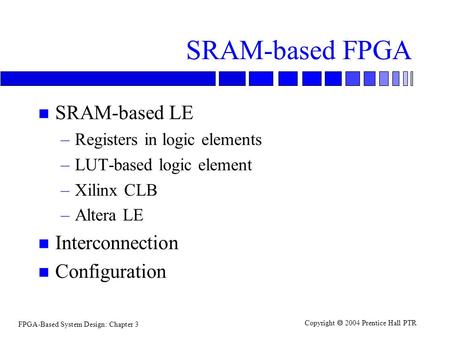 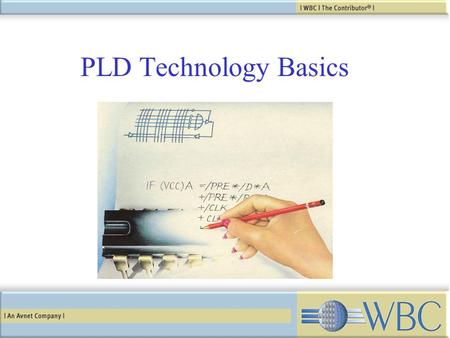 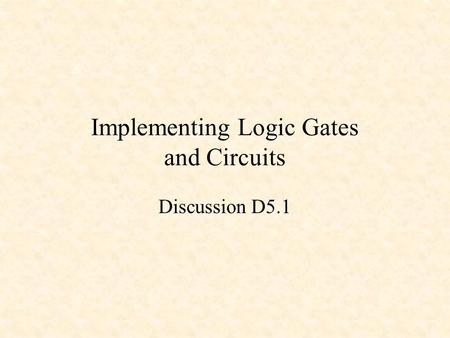 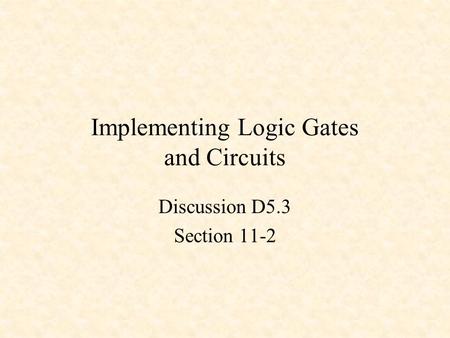 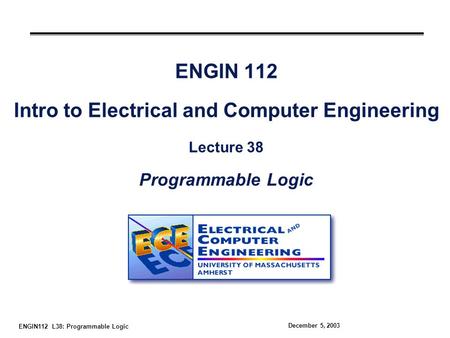 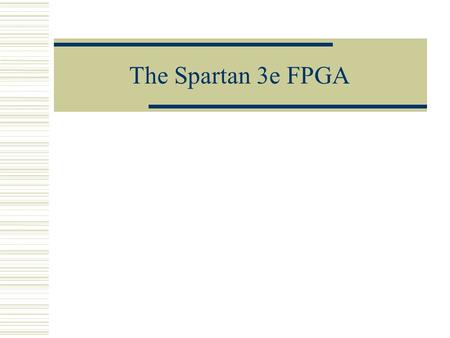 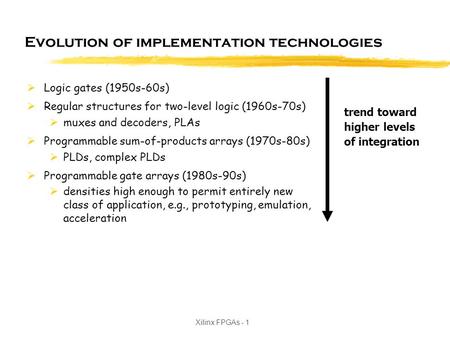 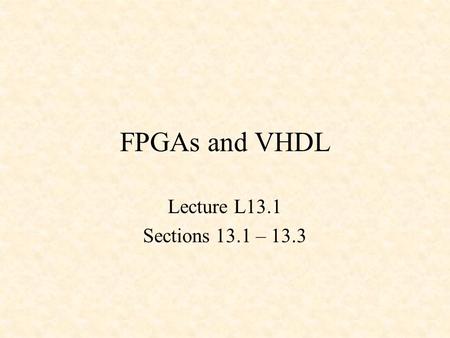 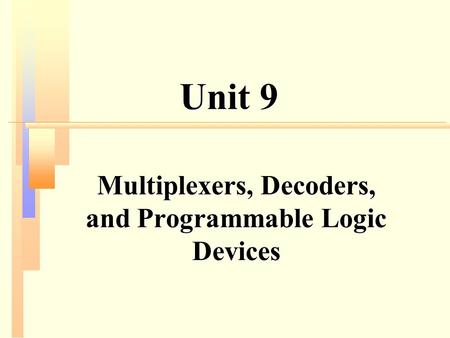 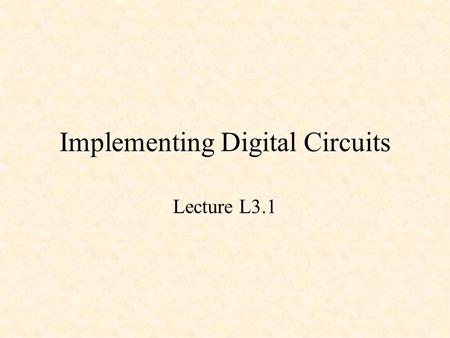 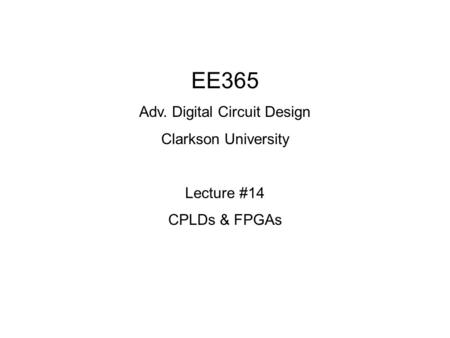