Goals of the Human Genome Project determine the entire sequence of human DNA identify all the genes in human DNA store this information in databases improve.

Presentation on theme: "Goals of the Human Genome Project determine the entire sequence of human DNA identify all the genes in human DNA store this information in databases improve."— Presentation transcript:

1 Goals of the Human Genome Project determine the entire sequence of human DNA identify all the genes in human DNA store this information in databases improve tools for data analysis transfer related technologies to the private sector address the ethical, legal, and social issues (ELSI) that may arise from the project.

5 How do we sequence a genome? For the HGP, two approaches were used: 1. Hierarchical sequencing 2. Shotgun sequencing

6 CCCATTAGATGCGATGGGTTAAAA GGTTAAAAATCGATCCCATTTTACG How do we put the sequences together in the right order? Genome assembly - based on finding regions of overlap between individual sequencing fragments Very, very difficult problem for complex genomes!!

9 Genome made of two types of DNA Euchromatic –Comprises 93% of your DNA –Contains most of the genes in your genome –99% has been sequenced Heterochromatic DNA –Comprises ~7% of your DNA –Highly repetitive –Some parts are structural: contains centromeres, telomeres –Gene sparse –Very difficult to sequence, largely unexplored.

10 Euchromatic DNA 2.8 Billion base pairs ~30,000 genes –Many fewer than expected, initial guesses were ~100,000 genes –50% have unknown function –Less than 2% of the total genome 98% “junk” DNA –Does not code for genes –Function is unknown - but potentially very important!!! –Many (~50%) repeated sequences (e.g. AGAGAGAGAGAG) and transposable elements

11 What does the draft human genome sequence tell us? How the genome is arranged Genes occur in gene-dense “jungles” and gene poor “deserts”. Genes appear to be concentrated in random areas along the genome, with vast expanses of noncoding DNA between. Chromosome 1 has the most genes (2968), and the Y chromosome has the fewest (~231).

12 HapMap An NIH program to map genetic variation within the human genome Begun in 2002 Construct a map of the patterns of variation that occur across human populations. Facilitate the discovery of genes involved in complex human traits and diseases.

14 What do evolutionary comparisons tell us? How the Human Compares with Other Organisms? Humans have 3X as many kinds of proteins as the fly or worm mRNA transcript "alternative splicing" and chemical modifications to the proteins. This process can yield different protein products from the same gene. Large portions of non-genic DNA highly conserved, suggesting the serve some function.

Download ppt "Goals of the Human Genome Project determine the entire sequence of human DNA identify all the genes in human DNA store this information in databases improve." 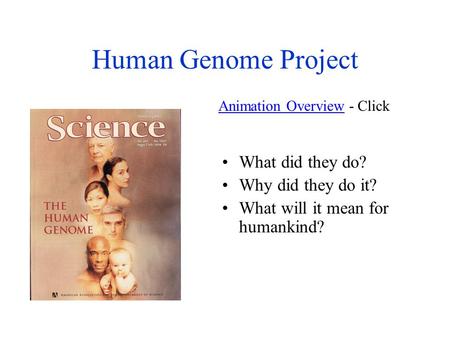 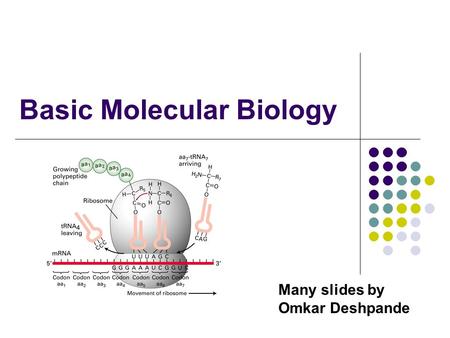 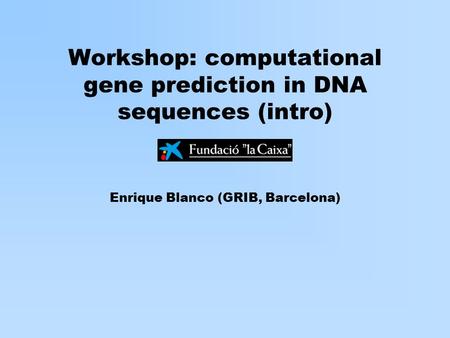 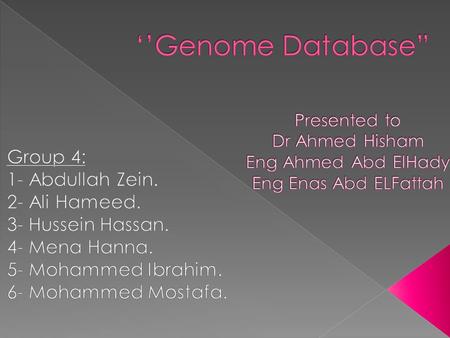 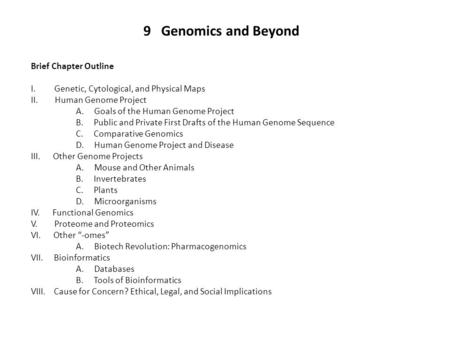 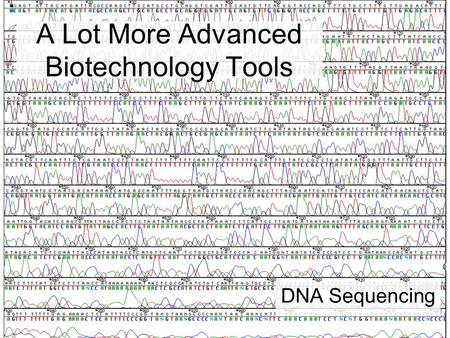 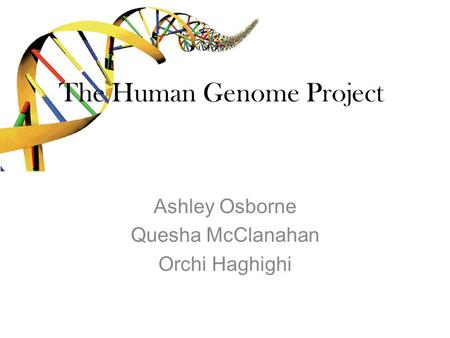 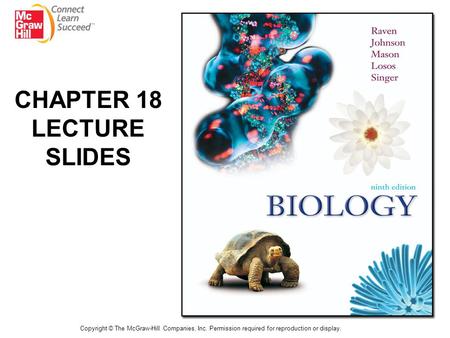 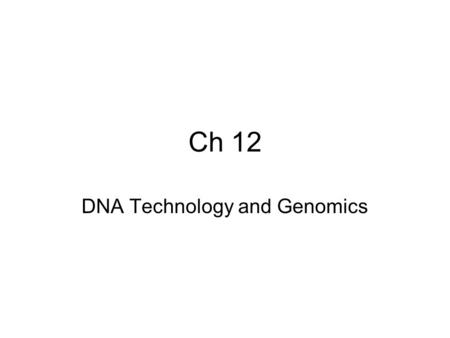 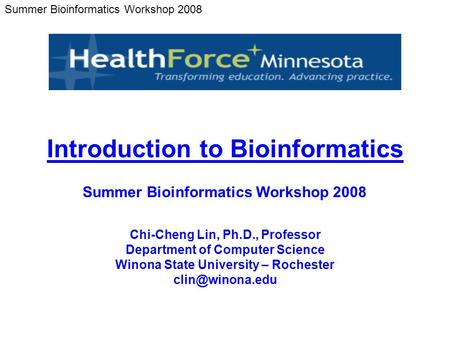 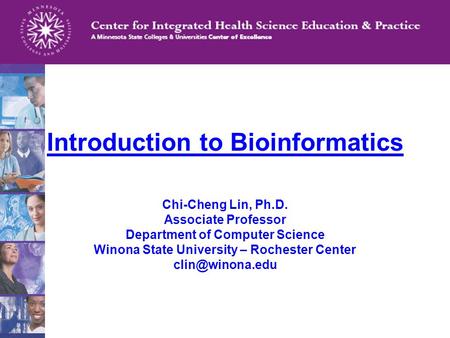 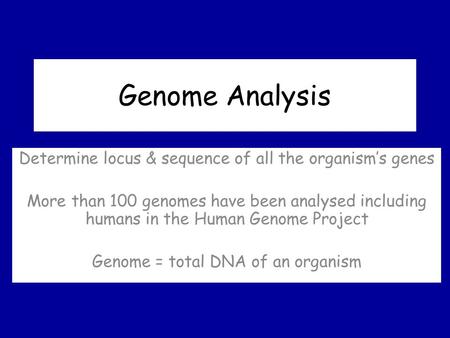 Genome Analysis Determine locus & sequence of all the organism’s genes More than 100 genomes have been analysed including humans in the Human Genome Project. 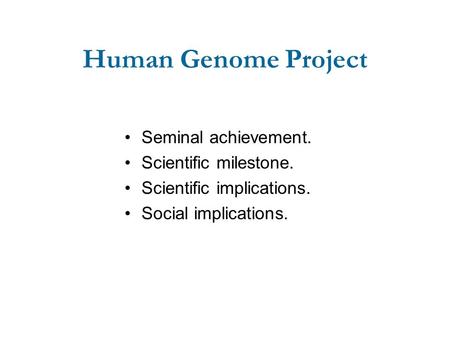 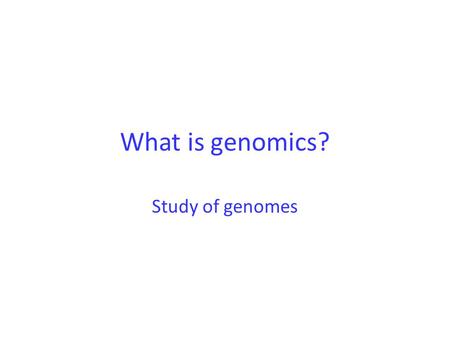 What is genomics? Study of genomes. What is the genome? Entire genetic compliment of an organism. 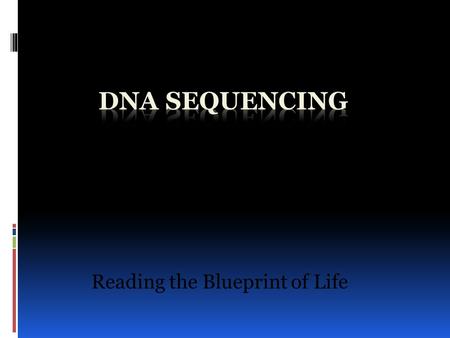 Reading the Blueprint of Life 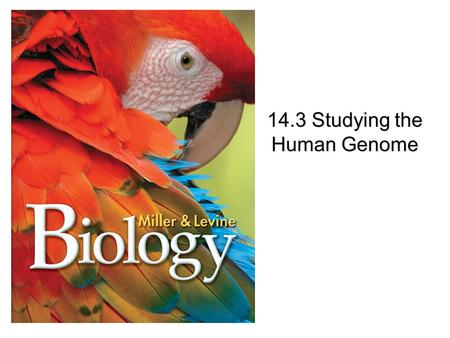 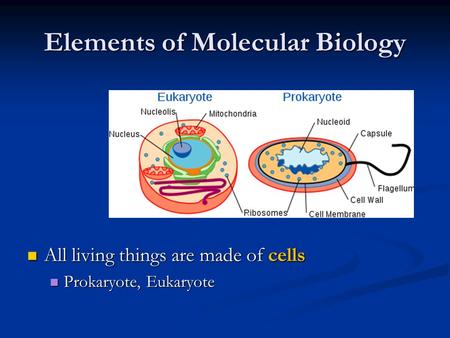 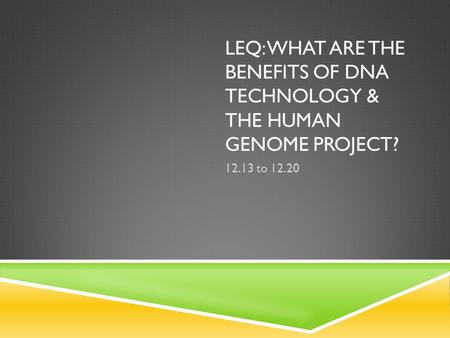 LEQ: WHAT ARE THE BENEFITS OF DNA TECHNOLOGY & THE HUMAN GENOME PROJECT? to 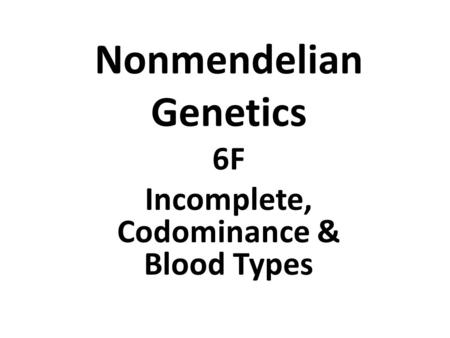