8 Most of the radiant energy from the sun is concentrated in the visible and near-visible parts of the spectrum. The narrow band of visible light, between 400 and 700 nm, represents 43% of the total radiant energy emitted.

10 Greenhouse Effect The rise in temperature that the Earth experiences because certain gases in the atmosphere trap energy from the sun. Without these gases, heat would escape back into space and Earth’s average temperature would be about 60ºF colder. Because of how they warm our planet, these gases are referred to as greenhouse gases. Gases include: water vapor, carbon dioxide, nitrous oxide, and methane Trace greenhouse gases are relatively transparent to incoming visible light from the sun, yet opaque to the energy radiated from the earth.

19 Why is understanding interannual variability important? 1) It is necessary if we are going to make a reasonable prediction of future climate.

24 The isotope paleothermometer The  18 O isotope ratio in water is influenced by temperature – both during evaporation of H 2 O from the ocean and its eventual precipitation on land as rain or snow. At high latitudes, there is a very strong, approximately linear relationship between  18 O and local temperature.

26 Why does  18 O relate to temperature? This equilibrium is temperature dependent The O 18 /O 16 ratio provides an accurate record of ancient water temperature.

32 What can we learn about interannual climate variability from ice cores?

48 What to do next? A good example is how Society dealt with the Ozone Hole 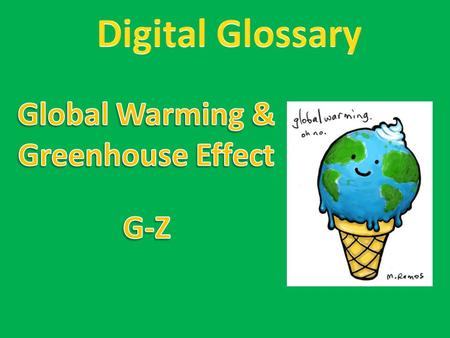 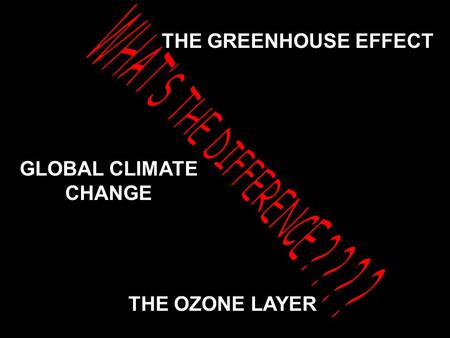 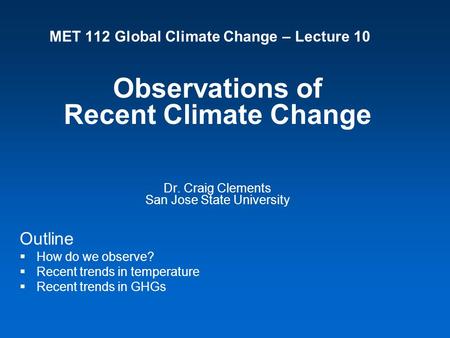 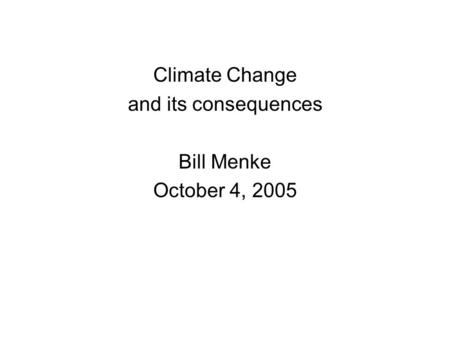 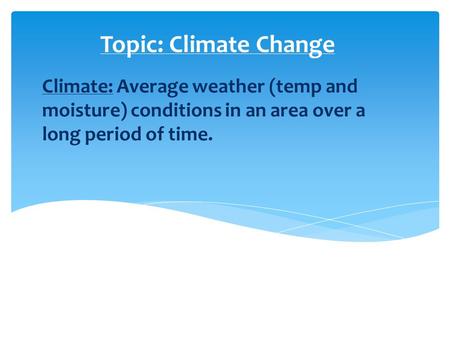 Topic: Climate Change Climate: Average weather (temp and moisture) conditions in an area over a long period of time. 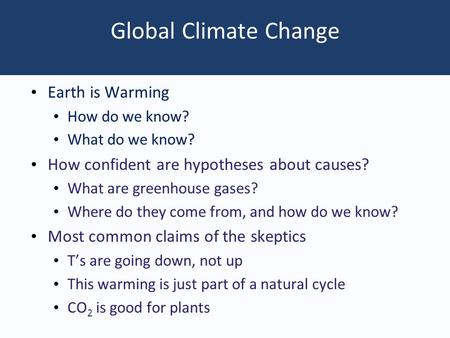 Global Climate Change Earth is Warming How do we know? What do we know? How confident are hypotheses about causes? What are greenhouse gases? Where do. 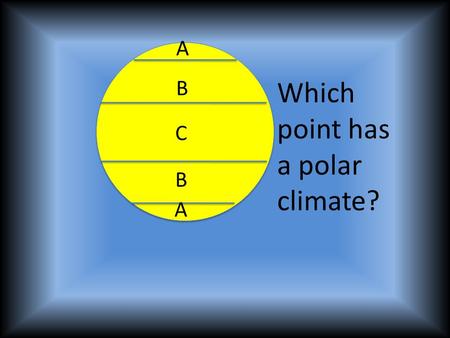 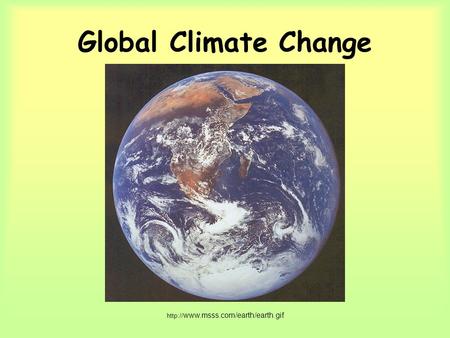 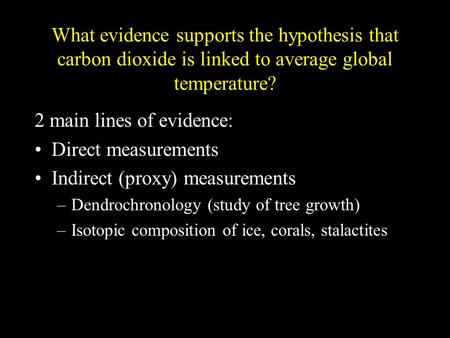 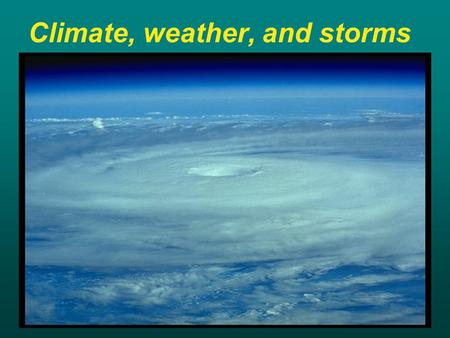 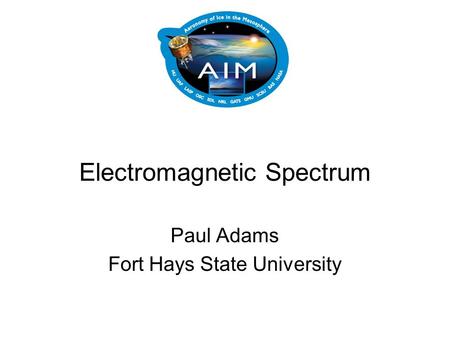